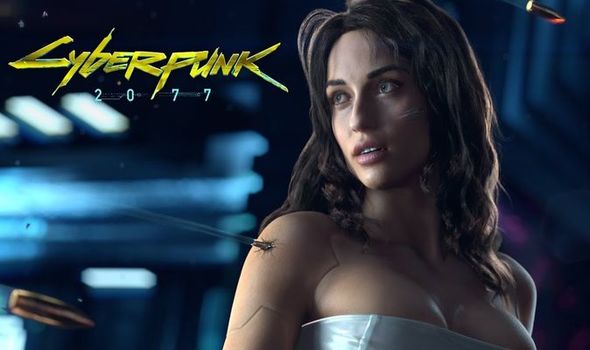 According to the patch notes, Cyberpunk 2077 update 1.05 addresses some of the biggest bugs and glitches on PS5, PS4, Xbox Series X, Xbox One and PC.

There’s a boatload of quest fixes, so fingers crossed you won’t notice quite so many glitches when performing various missions.

CD Projekt has also made some gameplay tweaks, improving the reaction times of NPCs, and correcting the number of shots needed to kill civilians from a distance.

Crucially, the developer has made multiple stability improvements and fixed instances of the game crashing. You can see the full list of update 1.05 patch notes below.

In a separate post about the game’s roadmap to recovery, CD Projekt has also outlined what fans can expect from Cyberpunk 2077 in 2021.

“After the holidays, we’ll continue working – we’ll release two large patches starting with Patch #1 in January,” reads a CD Projekt post. “This will be followed by Patch #2 in February. Together these should fix the most prominent problems gamers are facing on last-ten consoles.”

CD Projekt continues by saying that the downloads won’t make PS4 and Xbox One versions look like they’re running on high-spec PCs or next-gen consoles, but the experience will be much closer than it is now.

• Jackie will no longer disappear in The Pickup or The Heist.

• Fixed an issue preventing players from landing the helicopter in Love like Fire.

• Fixed an issue with Takemura not calling in Play it Safe.

• It’s no longer possible to trigger the same dialogue twice in Big in Japan.

• Fixed an issue with Delamain appearing upside down at the end of Don’t Lose Your Mind.

• Saul now correctly reaches the van in Riders on the Storm.

• Fast travelling before the encounter with Tyger Claws no longer breaks progression in I Fought the Law.

• Fixed an issue blocking progress in Ghost Town if an autosave made upon Raffen Shiv’s arrival was loaded.

• Fixed an issue with not receiving new calls or messages if Happy Together failed as a result of combat.

• Elizabeth Peralez stops being excessively insistent with her calls after her job offer is refused.

• The scene with Misty and Jackie now starts properly after leaving Viktor’s clinic.

• Wakako’s dialogues no longer get blocked after finishing Search and Destroy.

• Walking away from Stefan in Sweet Dreams shouldn’t prevent other characters from calling you anymore.

• Brick’s detonator should now be properly interactable for players to disarm. Or set off. Your call.

• Elevator doors should now correctly open in The Heist.

• Saul now correctly gets out of cars in Riders on the Storm.

• Fixed an issue with not receiving new calls or messages after running too far away from Frank in War Pigs.

• Jackie now correctly leaves the factory after the combat is finished in The Pickup.

• Fixed an issue with Militech reinforcements not spawning if driving through the gate too fast in Forward to Death.

• Skipping time while in the club in Violence no longer results in issues with progression.

• Fixed an issue with not receiving new calls or messages after Pyramid Song has been abandoned midway.

• Fixed an issue whereby Delamain core could be already broken when player enters the Core room in Don’t Lose Your Mind.

• Fixed issues with Delamain not appearing or doing nothing outside the Afterlife in The Heist.

• Fixed an issue with objective getting stuck on “Talk to Viktor” in The Ripperdoc.

• Fixed an issue whereby it was impossible to talk to the bouncer in front of Lizzie’s in The Information.

• Added description for Don’t Lose Your Mind in the Journal.

• Fixed an issue preventing player from saving, using fast travels, and talking to other NPCs after reloading a save with an active call with Frank in War Pigs.

• Fixed an issue with Panam not calling about any other matter until I’ll Fly Away is completed.

• Fixed an issue with Dum Dum following V after The Pickup is finished.

• Corrected the number of shots needed to kill civilians from a distance while in combat.

• Fixed an issue with Delamain’s image displayed on top of the current caller during phone calls.

• V’s mouth doesn’t stay open after entering the space lock in Where is My Mind.

• NPCs are faster to appear in the quest area during Stadium Love.

• Added some warmth to HDR.

• Fixed an issue whereby after a braindance it was possible to be stuck in 3rd person view with no head.

• Silencer icons are no longer displayed with no image in the inventory.

• Fixed an issue with weapon crosshair persisting on screen.

• The inventory menu no longer closes immediately after opening it for the first time after leaving a car.

• Fixed an issue whereby upon accessing a fast travel terminal the button shown on the top right corner prompting to open the quest journal would not work. 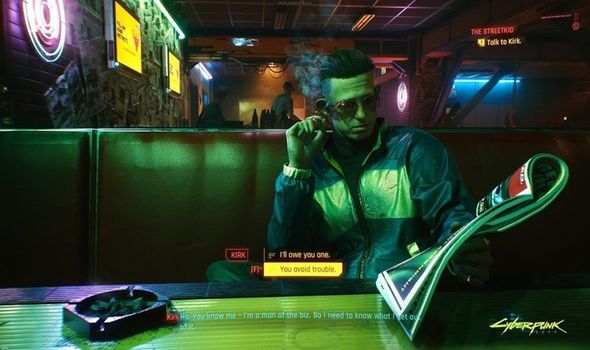 • [AMD SMT] Optimized default core/thread utilization for 4-core and 6-core AMD Ryzen(tm) processors. 8-core, 12-core and 16-core processors remain unchanged and behaving as intended. This change was implemented in cooperation with AMD and based on tests on both sides indicating that performance improvement occurs only on CPUs with 6 cores and less.

• Fixed an issue with the way Raw Input is collected.

• Removed the use of AVX instruction set thus fixing crashes occurring at the end of the Prologue on processors not supporting AVX.

• Removed debug console to prevent functions that could lead to crashes or blocked quests. This doesn’t mean we don’t want to support the modding community. Stay tuned for more info on that.

• Ray traced reflections should no longer seem too bright in comparison to the environment.

• Fixed an issue with Steam Overlay crash on game shutdown.

• Removed the memory_pool_budgets.csv file. which was not connected with the final version of the game and had no influence on it (it was a leftover file used during the development to estimate memory usage. It had no effect on how much memory was actually allocated). Perceived performance increase after editing the file may have been related to restarting the game.

• Improved image sharpness with Chromatic Aberration and Film Grain on.

• Settings should no longer reset to default after several game session restarts.

• Fixed visual issues occurring during the transition between The Heist and Love Like Fire.

• Corrected the look of several vehicles.

• [Xbox] Entering combat while Synaptic Accelerator is active no longer ends in player health bar not being displayed.

• [Xbox] Game no longer becomes unresponsive when signing out from a profile when the controller disconnection message is visible.

• Telemetry consent request will appear once more due to an earlier issue with settings reset.

• Fixed an issue whereby it was possible to fall down the elevator shaft in Megabuilding H8 in Automatic Love.