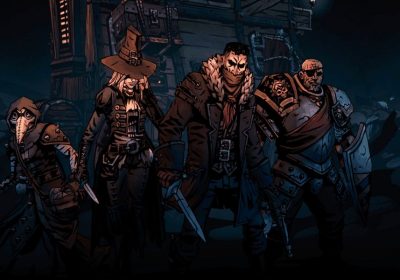 Darkest Dungeon 2 boasts a nearly-unlimited number of parties that players can build. With so many choices and so many ways to see your adventurers driven mad and killed, it can be tough to decide which heroes will give you the best chance of survival. This guide will help you to assess what your party needs, look for synergies between heroes, and make the final decision of who will join you in the stagecoach.

It's important to remember when you start each run that there is no guarantee as to what challenges you will encounter. As the game progresses you'll be able to make route choices and change your loadout based on those decisions to increase your chances of survival (for example, bringing lots of Burn resistance and removal if you're going to the Sprawl). At the very beginning, though, the only information you have is which heroes are unlocked, which Skills they have access to, and what Quirks they have this time around. 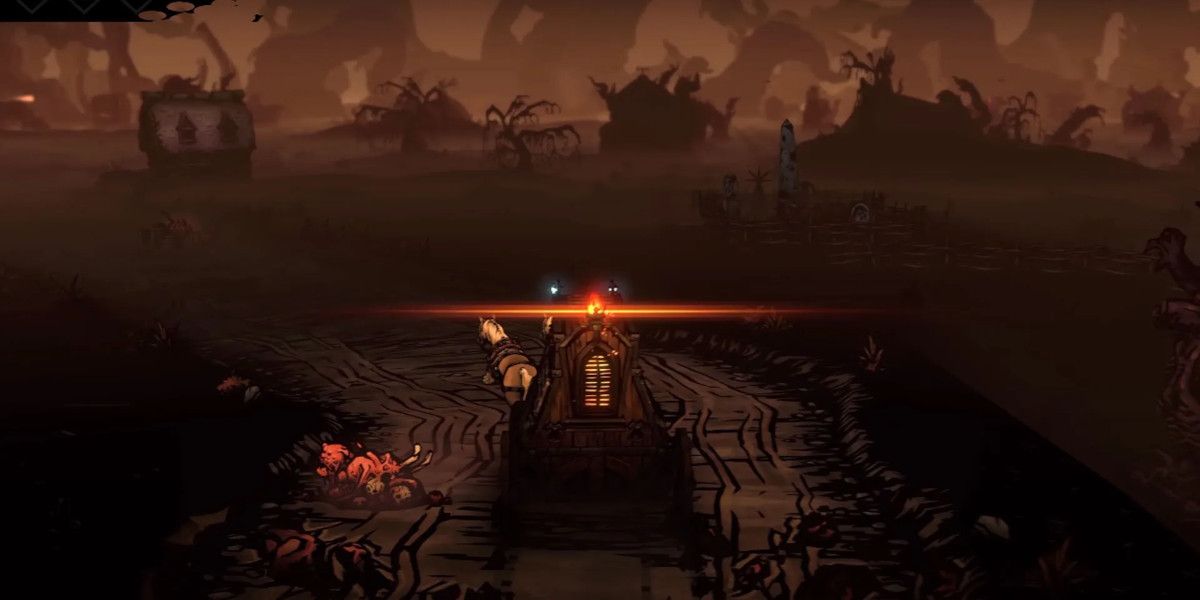 As with most RPGs, a balanced party capable of facing most threats will consist of a tank, a damage-dealer, a utility character, and a healer. Darkest Dungeon 2, like its predecessor, adds the need to manage your party's marching order to your considerations.

Generally, you'll want your tank and damage-dealer to occupy the two frontmost ranks, with your utility and healer bringing up the rear. If you're not sure where in the formation a hero should go, take a look at the yellow orbs marked "Rank."

The larger the circle for a position, the better the hero will generally perform in the corresponding position. The red orbs marked "Target" show which enemy positions the hero is best suited for attacking. Be sure you have at least one hero able to affect every enemy!

A good tank will have high HP and access to defensive tokens like Taunt, Dodge, and Block.

Combat in Darkest Dungeon 2 is to the death – you'll need to dole out plenty of damage to survive. Damage-dealers generally go about their business by hitting hard; heroes who sap enemy HP with Burn, Blight, and Bleed as their primary means of dealing damage are better thought of as utility characters.

Utility characters are the ones applying buffs and debuffs, setting up combos, and forming the lynchpin of your strategy. 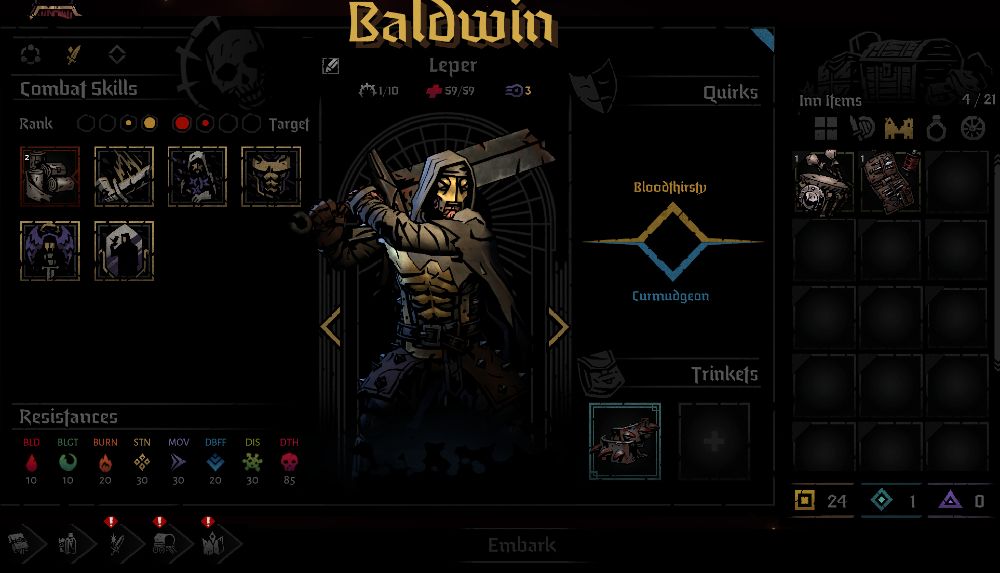 Each hero starts a run with two randomly-assigned Quirks; one positive and one negative. These can drastically affect a hero's effectiveness, and the sheer number of them all but guarantees that no two parties will be quite the same.

If you're having trouble deciding between two heroes to fill a role – for example, the Leper versus the Hellion for the front row – their Quirks make a great tiebreaker. A Pacifist Highwayman, for example, will gain one Stress every time he attacks and will become a liability in time, while a Jester who is a Blundering Fool risks damage every time he moves.

Conversely, a Bloodthirsty Leper can dole out massive damage and is tough enough to risk gaining Vulnerable every now and then. A Shadow-Born Grave Robber has a chance to gain Stealth at the beginning of her turn, eliminating the need to use Dead of Night to set up her attacks.

Some Quirks give heroes a bonus when fighting in a specific region, such as the Sprawl or the Tangle. Heroes with these Quirks are always worth considering, especially if their negative Quirk isn't too bad, since it allows you to favor regions that your heroes prefer when setting out from an inn. No bonus is too small to be worthwhile.

Once you're on the road, be on the lookout for Trinkets that will enhance your heroes' existing strengths. You'll get more benefit from capitalizing on a bonus than trying to mitigate a weakness. Having built your party with these tips in mind, you'll have a pretty good idea of what will be the most help. Of course, this is Darkest Dungeon we're talking about, so even the best-built party can fall to ruin. If that happens, all you have to do is assess your new roster of heroes and set out once again!