Home » News » Days Gone 2 Would Have Been More Of The Same, But With Swimming

Days Gone 2 Would Have Been More Of The Same, But With Swimming 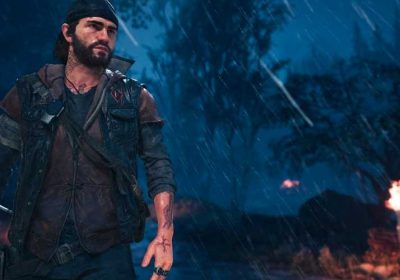 Bend Studio's Days Gone won't be getting a sequel for reasons possibly owing to the game's lukewarm critical reception and under performing sales. Yet if fans did get the follow-up, what would it have been like? Well, apparently it would've had more dynamic systems and the protagonist finally would've learned how to swim.

Days Gone took over five years of hard work from the team and maybe that's why the developers cannot let it go so easily. For The Win spoke with game director Jeff Ross to learn more about the canned sequel and Ross revealed that Days Gone 2 would have been more of the same. Yay.

Ross said a sequel would have let him "create the definitive version" of the concept. In an ideal world Days Gone would be a trilogy as the devs had so many idea after they established the basics. He gave the example of Horizon Forbidden West, which is going to have underwater sections that were not available in the first entry. In the Days Gone sequel, Deacon would freely swim in every water hole you can find. "That applies to every game," Ross said. "You create the minimum viable entry and then hope you get to build the second one."

For Days Gone 2, the main cast would've remained the same, while the creators wanted to delve deeper into Deacon and Sarah's restored relationship, hinting that after the apocalypse, it's far more difficult to live a normal marriage. The devs would have kept the bike as it was one of the game's signatures, as well as "the heavy, strong narrative." NERO would have played a far more significant part in the story, which is no surprise considering how the original truly ends.

The game director also wanted to extend the ecology of the world, creating dynamic systems interacting with each other, like every enemy and ally having more varied behaviors. "Systems are very simple. And if they're simple, they can be elegant and very rich for the player," Ross explained. "Adding one or two more layers to the systemic elements […] would have led to a ton of richness for the players and a ton of unique open-world moments and responses that we haven't seen before."

In the end, Ross admitted Days Gone is far from the perfect game and that some sections are simply "terrible." Yet he still wishes things had turned out differently for the series. For now, Sony Bend is "building on the deep open-world systems" of Days Gone for a new title for PS5.