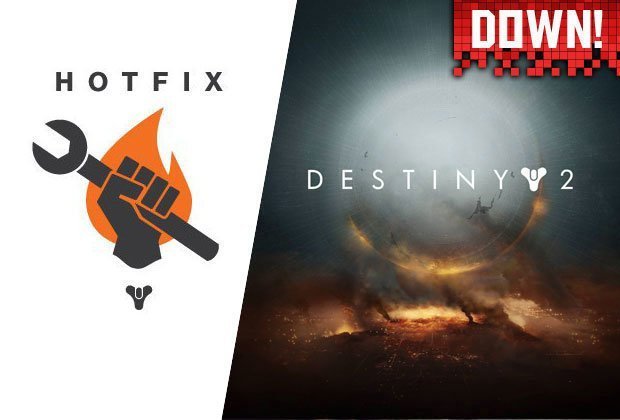 Destiny 2 fans are facing a very long downtime today as servers go down for maintenance.

Bungie are laying the foundations for a monumental cross-save update coming to the game this fall with the launch of Destiny 2: New Light, the new free to play edition of the game feature all the year one content.

As we mention, Cross-save is a huge addition to the game – so no surprise it will take some significant downtime to the game servers before it is sorted. In fact, it’s going to take a whopping 12 hours in total!

This maintenance is purely backend, so you won’t notice any changes when it goes back online.

Also, it’s worth noting that this is just cross-save, not cross-play, although hopefully that is in the works too.

When does Destiny 2 Server Downtime Start?

The Destiny 2 servers will go offline at 3pm BST, or 7am Pacific time on Thursday, June 27.

This means Destiny fans won’t be able to play the game from this afternoon.

How long is Destiny 2 Server Downtime?

The servers are expected to go live again at 3am BST on June 28, or 7pm on June 27 Pacific time.

A beefy 12 hours; and its possible it could take longer if Bungie run into any issues.

“This is to prepare for Cross Save in Destiny 2 later this fall. Maintenance will conclude at 7 PM PDT (2 AM UTC).

What is Cross Save in Destiny 2?

Cross Save is an exciting new feature which will allow players to port their characters between PC, Xbox One and PS4.

Bungie explained: “We believe that Destiny is better with friends and that you should be able to play with them anywhere.

“Cross Save will enable you to select an active group of character and play them on any of your connected accounts.

“You will be able to set up your Cross Save later this Summer.”

The only downside to cross-save is that you’re still limited to the players on your platform. So you can switch platforms as you please, but you’ll only ever be playing with players on the console you’re using at any one time.

Keep reading to take a look at Bungie’s own cross-save Q&A:

Q: Do players need to repurchase Destiny 2 on each Cross Save platform separately?

A: Destiny 2 will be accessible to players on all available platforms for free as Destiny 2: New Light, however players will need to purchase Destiny 2 expansions (Forsaken, Shadowkeep) for each connected platform in order to access that expansion’s content. Cross Save will preserve all gear, character, and items across all platforms regardless of expansion ownership.

A: No. Each platform will have its own matchmaking pool.