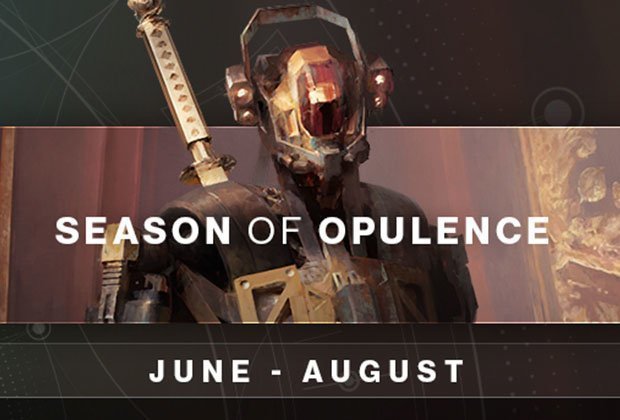 Since Destiny 2’s Forsaken expansion in September 2018, Guardians have been able to purchase an annual pass for new content.

While we knew there would be three smaller expansions included, we still don’t know a great deal about the final piece of the puzzle – Season Of Opulence.

There will be balancing tweaks to Luna’s Howl and Not Forgotten, two weapons that have dominated the Crucible – but what else?

We should have some more news soon (Bungie is inviting members of the Destiny community to go hands-on with the content in the coming weeks), but for now, we’ll run down what we do know.

Starting with that all important start date for Season Of Opulence so fans know when the new slice of action kicks off.

In keeping with Destiny 2’s previous seasons, The Season of Opulence is coming in June and will last until August.

Power level is almost certainly going to increase from the current cap of 700, likely to 750 if going by what has happened with prior seasons.

Of course, the allure of new weapons and armour is likely to keep players coming back, and you’ll need that firepower for a new Raid.

Given the name of the season, it seems likely that the Cabal Emperor Calus will play a part – previously he was the big baddie at the end of the Destiny 2 Leviathan raid.

Curiously, we also know there’s a new six-player activity which hasn’t been revealed yet. It isn’t a raid, but we’d hazard a guess that its some kind of horde or dungeon mode.

If that sounds appealing, the Annual Pass is available to buy now but you can’t buy each section piecemeal. You’ll have to stump up for the whole lot.

Thankfully, after the first piece of content (Black Armory) underwhelmed, Season of the Drifter has added interesting pieces of content such as a loyalty quest, as well as the return of famed exotics like Thorn.

Destiny 2 originally launched in 2017 to tepid reception, but the Forsaken expansion reinvigorated the franchise.

The Season of Opulence is the final piece of planned content for the game as laid out in Bungie’s content roadmap.

The developer split from publisher Activision earlier this year.