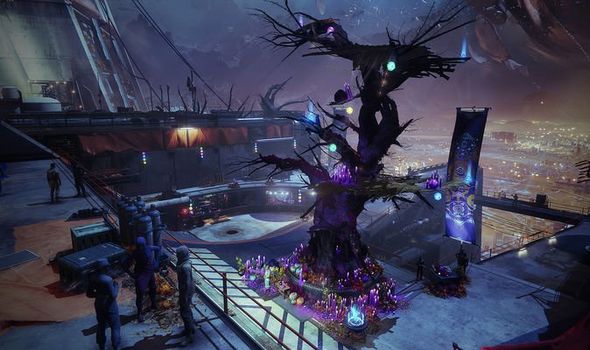 Fans waiting for the start of Destiny 2’s Festival of the Lost will have it as soon as they update their game on PS4, Xbox One and Steam.

The new event is going live today and will come with a perk for those who played during 2018.

Confirmed in today’s patch notes, Bungie is making it possible to claim all your old gear from 2018.

This was expected to be part of today’s Destiny 2 update, which will also see the launch of a new exotic Quest.

The new Xenophage weapon has been confirmed for launch today, although it will be locked behind a Quest.

A recent message from Bungie reveals: “There’s another Exotic quest going live for Shadowkeep owners. You may have seen pictures of a replica we had made of the “bug gun” from past events. It’s time for you to go out and claim the Xenophage as your own.

“Where will your path take you first? There will be many options for you to consider, depending on how you like to play the most.”

But today’s patch notes don’t make any mention of how gamers can unlock the new weapon in-game.

So fans will have to make sure they keep an eye on any in-game changes made today to help spot the clues.

A full rundown of today’s patch notes for Destiny 2 update 2.6.1 can be found below: