Home » News » Diablo 2: Resurrected Is Not Compatible With All Mods From The Original

Diablo 2: Resurrected Is Not Compatible With All Mods From The Original 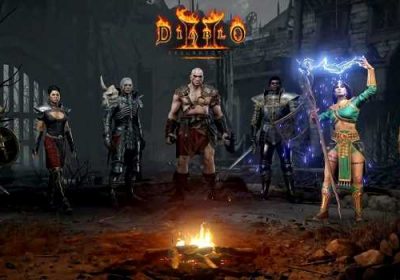 Mods were a huge part of the Diablo 2 experience for many players, and the team behind Diablo 2: Resurrected is totally aware of that. That’s why the new remaster is getting mod support, with many community projects being compatible with Resurrected at launch. In a new statement, the devs clarified that only certain kinds of mods will be supported for important reasons.

Diablo 2: Resurrected is shaping out to be a respectful remaster for the iconic game, with huge surprises for old-school fans of the series. The new project will receive official mod support, as well as full compatibility with old save game files. However, there will be some restrictions with supported mods due to Diablo 2: Resurrected having an entirely new engine.

Producer Chris Lena shared a new intel on user mods for D2: Resurrected, as PCGamesN reported. The team had to make some choices in how the new game will handle the community’s work. Lena said that Diablo 2: Resurrected will “certainly work with the ones that use the original game’s data” and that sort of thing. But the mods that injected code straight into the game will not be supported in the new remaster.

This probably means that most iconic mods for the original game, such as Eastern Sun, Hell Unleashed, and Resurgence, that added tons of the new content, would not work with Diablo 2: Resurrected. Yet the Diablo fans should not be upset, as Chris Lena noted “data modifications will be a lot simpler to make and implement” to the remaster. The team built Resurrected in a way to let modders easily access the project’s data. Also, things that used to be hardcoded were switched into data as well. Thanks to this, Diablo 2: Resurrected will soon enough get its own versions of content mods, which can significantly expand the game.

Producer Matthew Cederquist previously said that the upcoming Diablo 2: Resurrected will let you continue playing with your old character from the original Diablo 2 thanks to save files compatibility. According to Cederquist, the team didn’t know if the old save files would work with the new remaster, but luckily, all turns out to be just fine.

Diablo 2: Resurrected is expected sometime in 2021 with no exact date yet. The project wouldn’t replace the old game on Battle.net as “it is a separate product.”