Diablo 2: The Best Sorceress Builds (In The PC Game), Ranked 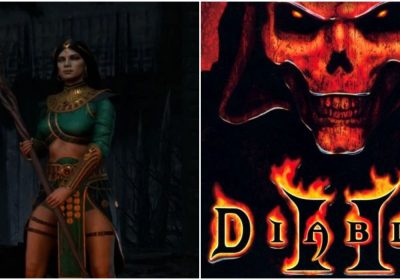 Anytime someone tries to select a “best” build in Diablo 2, it will always boil down to matters of opinion. This is more evident with the Sorceress than any other class as debates will always rage over which element is strongest and how to make the best use of the element in question.

While this might occasionally come down to a matter of playstyle, there is still something to be said for a handful of builds that have risen above the rest. Whether it’s PvP, PvE, or just plain fun, these are the Sorceress customizations that consistently find themselves ahead of the rest of their competitors. 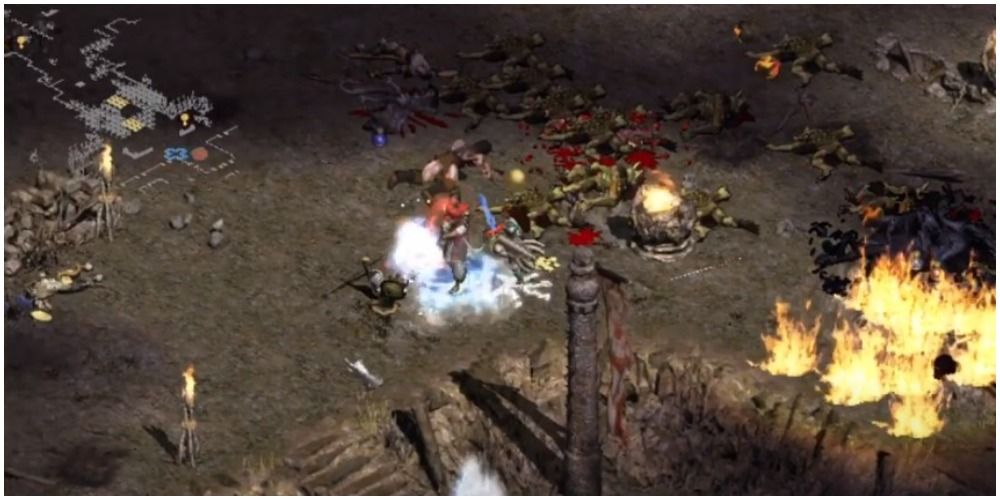 The Sorceress is not designed for melee combat. That doesn’t mean she doesn’t excel at it. It took a community of creative gamers to make this build work, but once it got figured out, it quickly became a quirky favorite.

The build doesn’t initially make sense with maximum values needed in Enchant, Energy Shield, and Telekinesis, but each of these has a secondary benefit that translates to melee combat. With a solid weapon, you’ll be feeling like a Barbarian in no time. 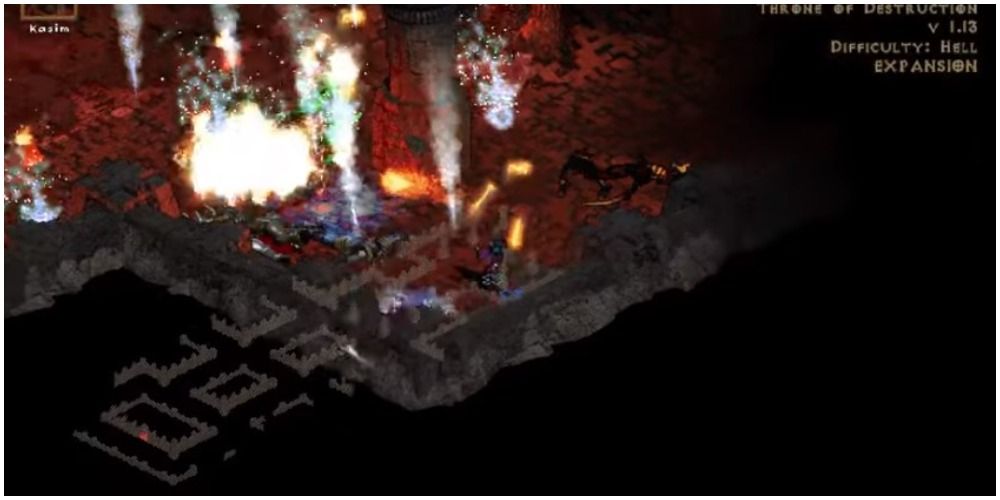 The name sounds like a premier sports league that goes unceremoniously bankrupt after three seasons, but it is a legitimate build. It’s especially great for players who have problems with enemies that are immune to an element.

By slowing demons with Blizzard and then blasting them with Fireball, you’re able to dish out strong damage against slowed targets. And if they’re immune to one element, the other element will finish the job. 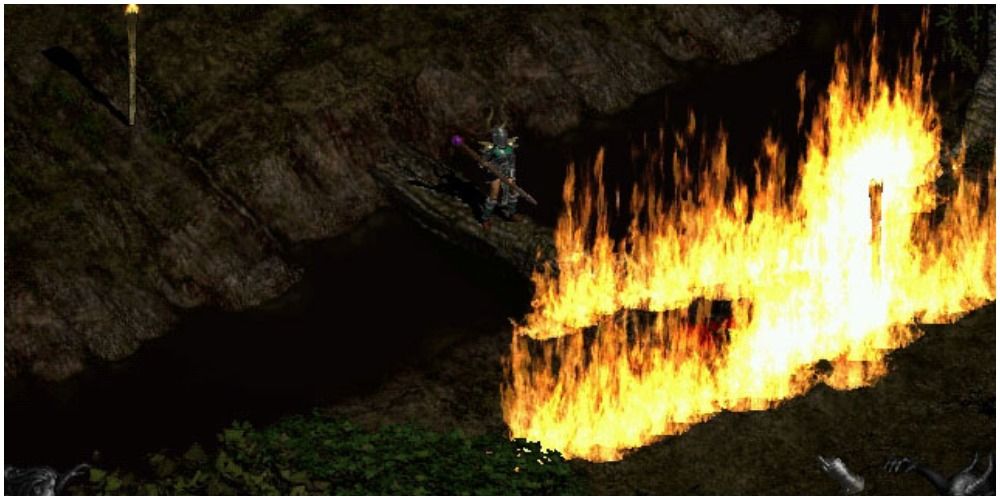 The Fire Wall is the most versatile of these builds as Warmth and Inferno only boost the damage from the spell by a little bit. Players that want to be a pure pyromaniac are free to do so while those who want to mix in a little frost will have plenty of leftover points.

Plus, the Fire Wall does fantastic amounts of sustained damage over a wide area. It takes a bit of positioning to make enemies spend their time inside of it, but those who have mastered character location will want to consider this build for sure. Fans over-eager for the remaster, however, should watch out for scams. There’s some kind of “firewall” pun here, but let’s avoid it. 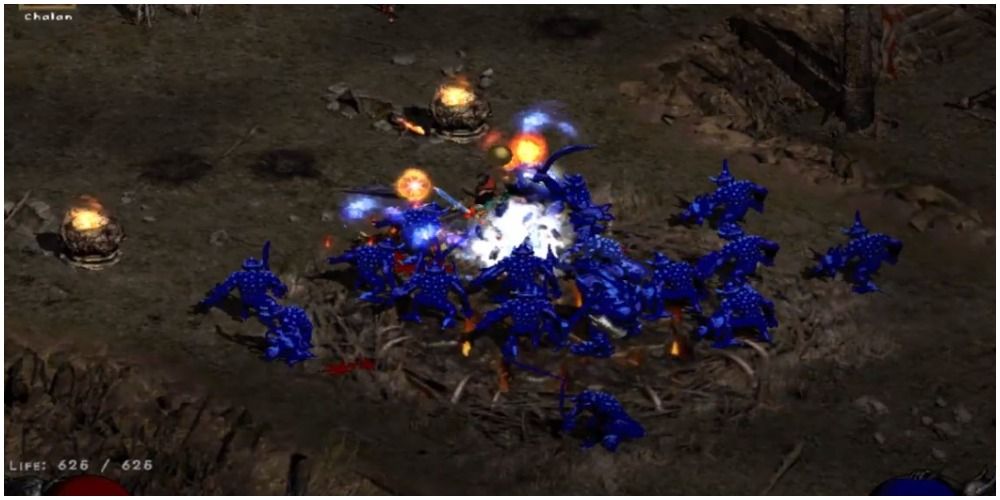 For those who don’t really like the gimmicky nature of the Melee Sorceress build, the Enchantress is here to save the day. This build really pays off if you’ve found a great weapon and are sick of passing off great offensive pieces to other classes.

With a little bit of Enchant, Warmth, and Fire Mastery, you can set fire and go toe-to-toe with any boss in the game. Alternatively, lightning spells will do less damage but make you a bit tankier with this build, so consider both choices. 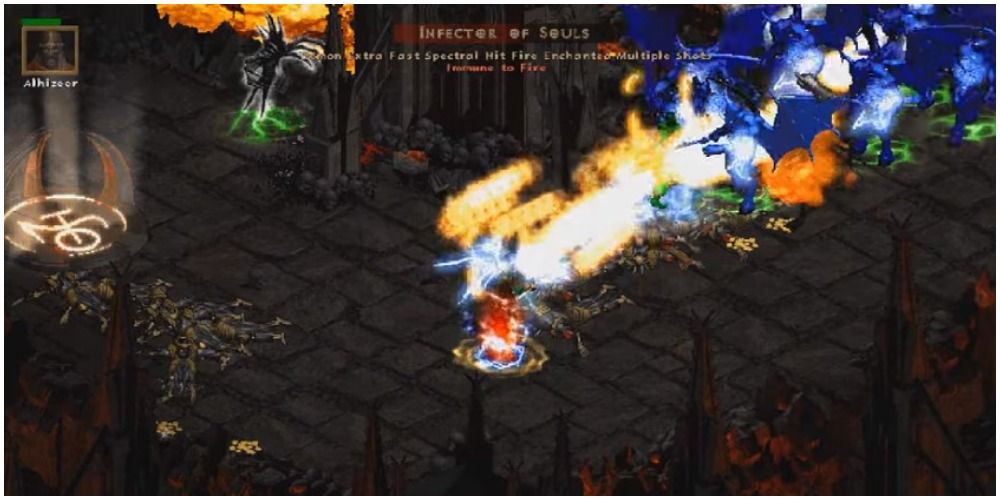 But the synergy on it is unreal so long as you are willing to put in the levels. Charged Bolt, Lightning, and Nova all contribute to the spell. By the time these are maxed out, combat times are reduced to only a few rapid seconds. 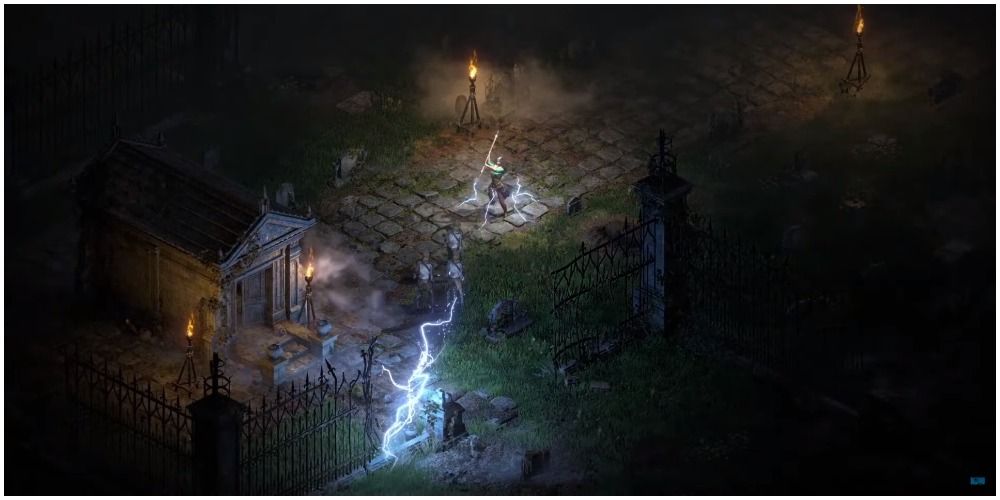 Being able to rain down attacks from the sky has an extensive list of benefits. You get to stay safe, you can always counter any resistance, the area of effect hits large clusters, and the damage numbers are eye-popping.

Many consider this build outdated after the concept of synergies, but committed players have shown that this is a myth. You might not be able to instantly kill everything, but you can kill everything over time and that’s not something to take for granted. 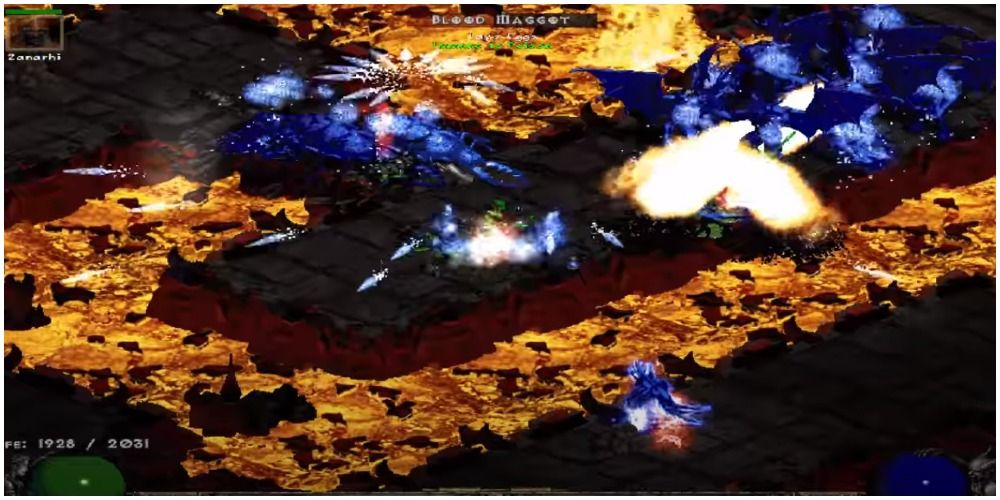 This build is brought to you by the Sorceresses who want to play solo on Hell mode but keep running into enemies that counter them. This class is often considered prohibitive for this difficulty setting but not anymore.

Some builds force you to choose whether your Meteor does fire or cold damage. The Meteorb build insists that you use both and therefore always have an apocalyptic ace up your sleeve for any enemy you should encounter. 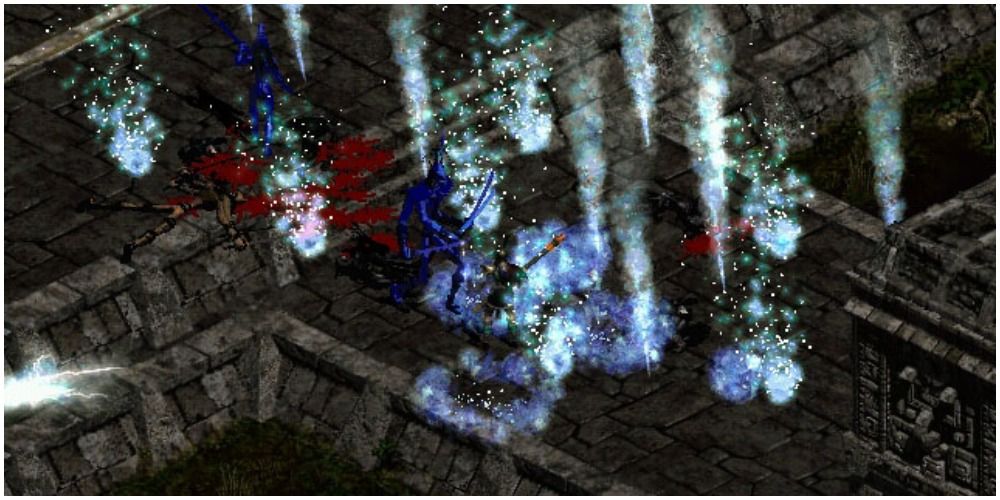 Of course, a PvP build has to enter the race at some point. The Blizzard build is fantastic in PvE as well until you encounter an enemy with a cold immunity, then you’re either going to need another party member or a lot of ingenuity to progress.

However, against other players, this is overpowered to the point of absurdity. It casts a huge area of frost opponents can’t leave and then you’re free to pelt them with all kinds of nasty cold spells. This is always a favorite among competitive PvP enthusiasts. 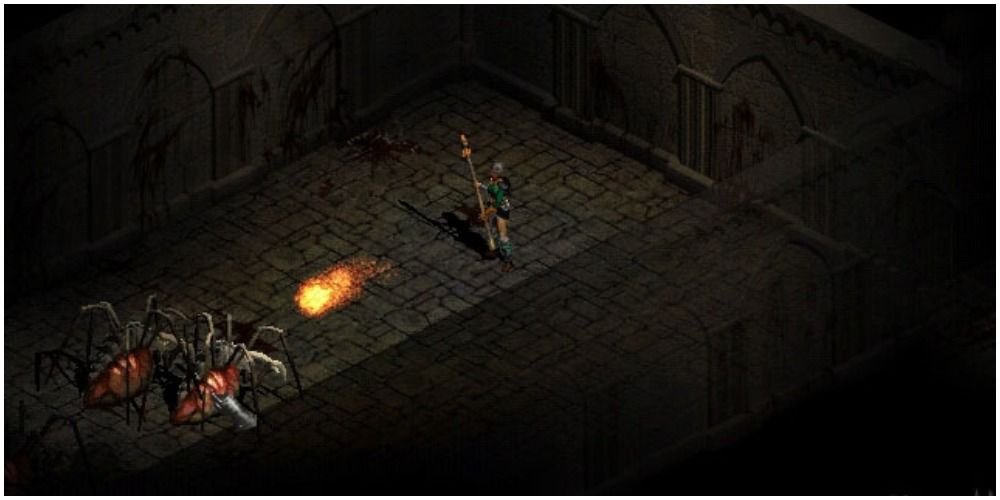 What’s the single highest damage number you will ever see in Diablo 2? Well, let’s attempt to answer that question with help from the Fire Ball build. It takes a while to get all of the abilities you need, but once you’ve got everything together, basically everything is a one-hit kill.

The glaring weakness is that you have so much stacked into fire spells that anything with an immunity becomes a natural nemesis. But at top levels, you’ll have plenty of points left over for a Blizzard or a Chain Lightning as a fallback. 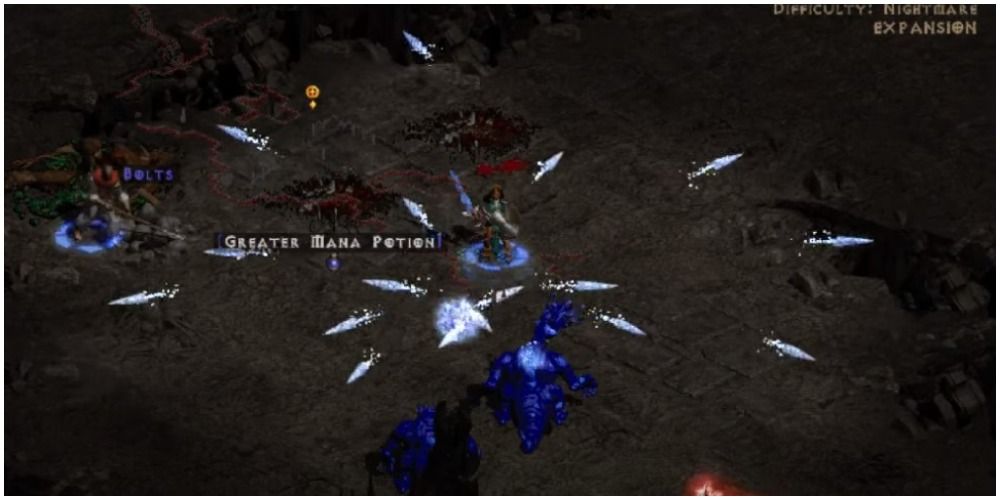 This build has all of the advantages of the Fire Ball build; huge damage numbers in a spammable spell that obliterates groups of targets and bosses alike. But there is a reason this one gets the edge.

The Frozen Orb applies a slow effect on hits, giving this spell practical applications not only while exploring the world, but also in PvP combat. It’s a build that makes players dedicated to the Sorceress to the point where other classes no longer have any perks to offer.