Home » News » Diary Of A Pokemon First Timer: Now I Get Why These Games Are So Popular

Diary Of A Pokemon First Timer: Now I Get Why These Games Are So Popular 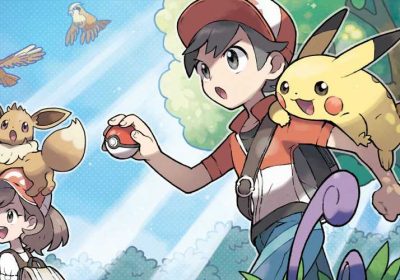 I've always wanted to get into Pokemon, but never knew where to start. So I asked TheGamer's Pokemon-obsessed editors which game in the series I should play first, settling (somewhat controversially) on Let's Go because A) it's new-ish B) I know all the Pokemon from the anime and C) it's on Switch, my console of choice. Here, then, is an account of my first steps as a Pokemon trainer.

I wasn't prepared for how attached I'd get to my Pokemon. While battling my way through the sun-dappled pathways of Viridian Forest, I got very excited when I caught a Bulbasaur. This was my favourite Pokemon in the anime, and I was delighted to have one of my own. Now it's the star of my party, Vine Whipping its way across Kanto, making a mockery of gym leader Brock's Rock-type Pokemon, and, as of last night, evolving into Ivysaur. I know I'm 26 years late with this observation, but it's amazing how much the game makes you care about these little collections of pixels—and the stronger it gets, the prouder I am of it.

I've played Pokemon games before; I've just never stuck with them for more than an hour. But Let's Go (I'm basic so I opted for the Pikachu edition) has devoured my free time like a wild ‘mon gorging on a Razz Berry. I played seven hours of it yesterday, which for someone with an attention span as internet-ravaged as mine is quite something. I get why some people derisively call these games 'baby's first JRPG', but I actually love this aspect of it. The simplicity and clarity of the structure and your objectives is really refreshing. Catch Pokemon. Train them. Beat gym leaders. Fill your Pokedex. Be the very best like no one ever was. 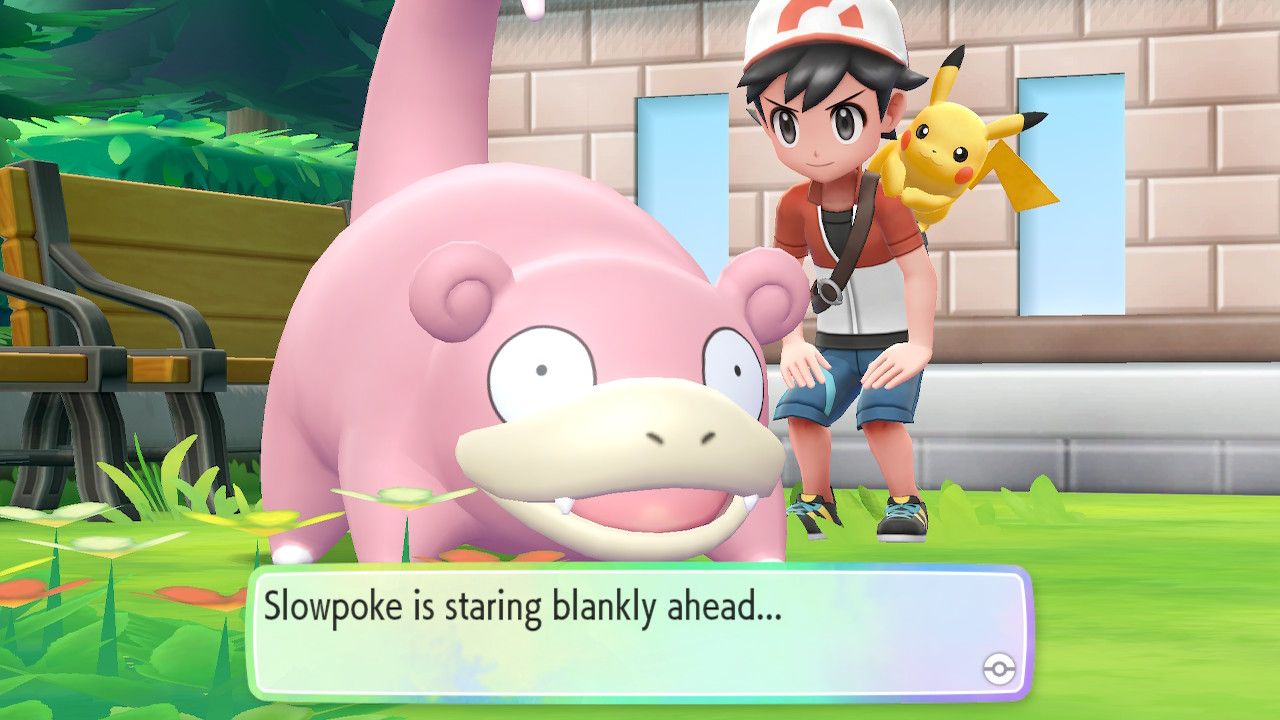 It helps that the game is so damn charming, with its eccentric NPCs, colourful towns, and vibrant anime art style. But it's the Pokemon themselves who are the real stars. These Gen 1 designs have become pop culture icons, and I'm getting a real buzz being surrounded by so many familiar characters. This was a big part of why I settled on Let's Go as my first proper Pokemon experience, and I have no regrets. When I'm wading through the tall grass and spot a Pokemon I recognise and whose design I like, I find myself excitedly rushing over to catch it. Turns out 'catching them all' is a deeply compelling concept. Who knew?

I'm enjoying the battle system too. There's more strategy to it than I expected, and I've occasionally found myself being battered by some rando's Pidgey because I've been using an inappropriate Pokemon to fight it. Again, I'm almost 30 years late to the party here, but I'm having a lot of fun discovering the weakness of each Pokemon and adjusting my tactics accordingly. I do feel like my Pikachu is a mite overpowered, though. Realising Water-type Pokemon are weak against Electric-type Pokemon (you don't need a PhD to figure that one out), I absolutely steamrolled everyone in Misty's gym using its Zippy Zap attack.

Alas, my first foray into the world of Pokemon hasn't been perfect. I spent 10 minutes wondering why the game wasn't detecting my Pro Controller, only to discover that it simply doesn't support it. Adding further confusion, in docked mode I can only play with one Joy-Con—despite handheld mode letting you use both. It's an utterly baffling user experience, and I still don't really understand the thinking behind it. Luckily I mostly play the game in handheld mode, but whenever I throw it up on the TV I sit there not knowing what to do with my other hand. It just sort of hangs limp beside me, suddenly unsure of its purpose in life. 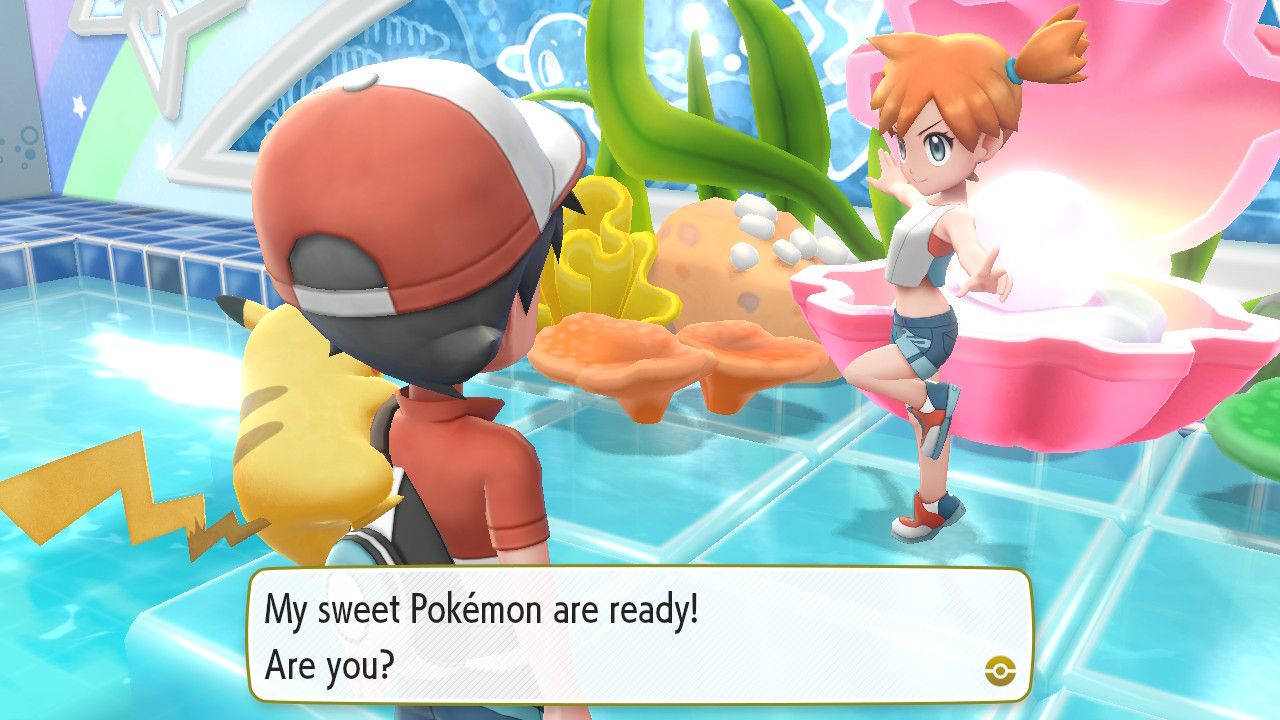 It could be a little more challenging too, although I'm not that far in, so maybe I'll eat these words when I face stronger gym leaders. I've had plenty of Pokemon faint on me, and been close to a full party wipe-out a few times, but I've yet to actually lose a battle. I might stop using Pikachu, because it feels wildly more powerful than every other Pokemon in my party—even ones at roughly the same level. Tossing it into a battle feels a bit like cheating sometimes, especially when I brutally one-shot an opponent's Pokemon with the aforementioned Zippy Zap. I guess this makes sense, it being who the game is named after, but it needs to chill.

Nevertheless, I dreamt about catching Pokemon last night, which is an indicator of how fully this game has infiltrated my brain. There's a lot of smaller stuff I love too, like how you can have one of your Pokemon leave its ball and follow you around. I'm also constantly entertained by the weirdos you meet on the road and their quirky, offbeat dialogue. I even like the Go-inspired process of catching the Pokemon, which is odd considering I'm generally dead against motion controls of any kind. Why can't I battle wild Pokemon, though? Softening them up before tossing a ball to catch them would have been more rewarding.

I'm hooked, and I'm already thinking about when I'll next get to squeeze a few hours of Let's Go in. For me, this feels like a perfect entry point into the series—especially if you watched the TV show back in the day and will get a thrill out of seeing Pokemon you recognise. As a man in his late 30s, I do occasionally feel a bit like I'm playing a game made for kids, but who cares. It's fun, it's charming, and I am very proud of my battle-hardened Ivysaur. I still have a lot of gym leaders to beat, and it remains to be seen whether I'll stick out the whole game. But for the time being I don't want to play anything else.