Home » News » Digimon: Who Are The Royal Knights?

Digimon: Who Are The Royal Knights? 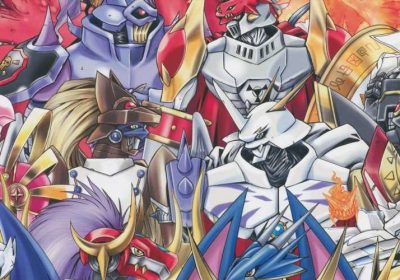 The Digital World is quite possibly one of the most chaotic places in existence. With beings capable of leveling entire cities with ease, it's no surprise that a certain amount of trepidation is needed to traverse this dangerous world. This is why the DigiDestined are constantly being called to the Digital World. To restore order when things get too chaotic.

That being said, dragging groups of human children across the boundary between the Digital World and the Human World isn't practical nor is it always possible. The Digital World needs a presence that is always there and always watching. This is why the Royal Knights came into existence.

What Is A Royal Knight? 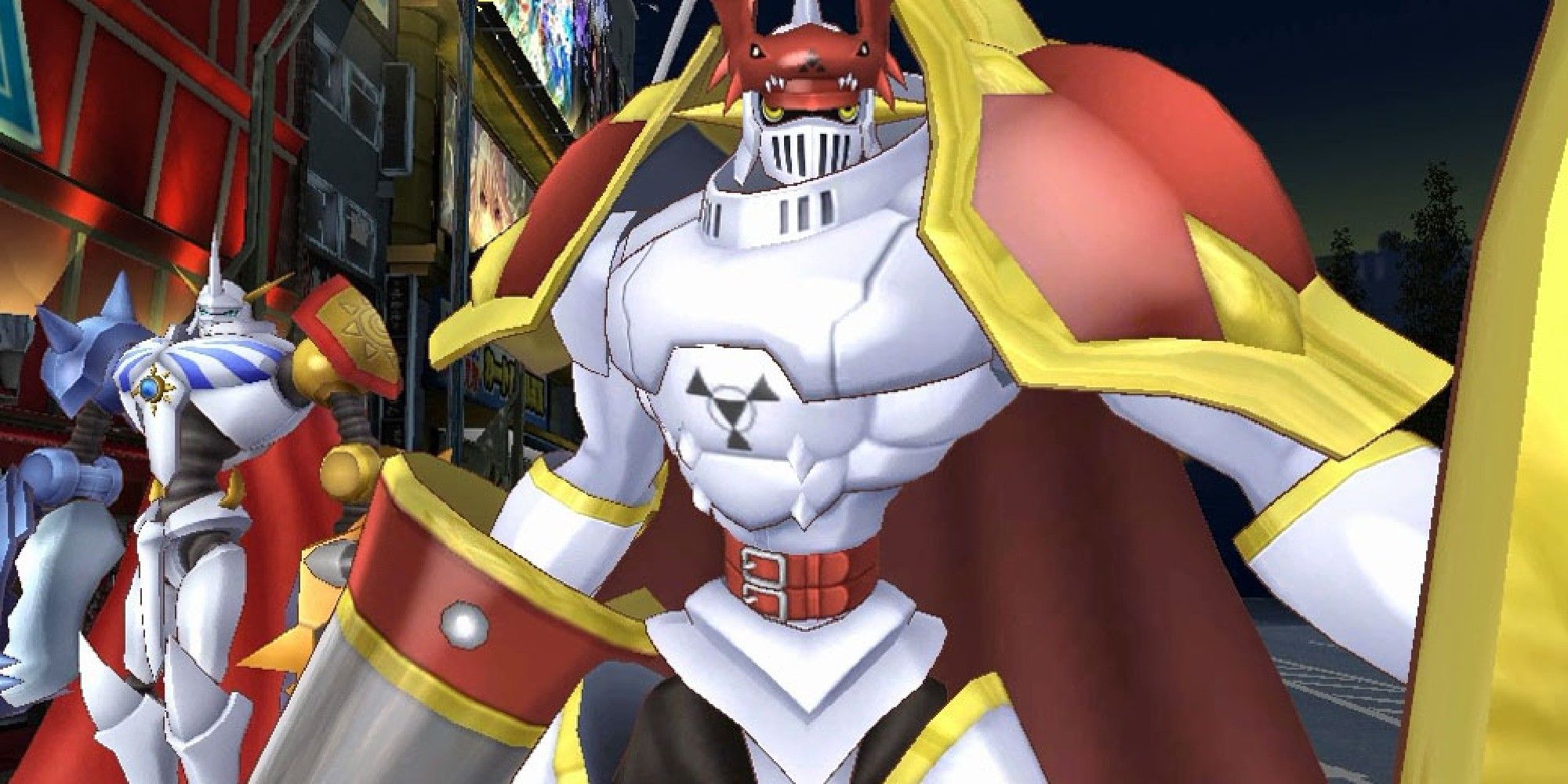 The term 'Royal Knight' is very special within the Digital World. It's not a family name like the Wind Guardians or the Dragon's Roar, nor is it a level like Ultimate or Mega. It's a title. A title that is both revered and feared across the entire Digital World. There are many Digimon that covet this title, but very few have been able to achieve this goal.

Gaining the title of 'Royal Knight' isn't a matter of being the strongest. In fact, there are plenty of Digimon that can contend with, if not exceed, the combined might of the Royal Knights. No, to gain this title, a Digimon must exemplify the tenets of knighthood.

As they are heavily based on the legend of King Arthur and the Knights of the Round Table, the Royal Knights, too, must follow the virtues of knighthood. Each must show devotion to their cause, the courage to face any opponent, the strength to strike down evil wherever it may reign, and the willingness to sacrifice everything to protect the peace. Out of the hundreds of Digimon that make up the Digital World, only thirteen have achieved this title.

Who Makes Up The Group? 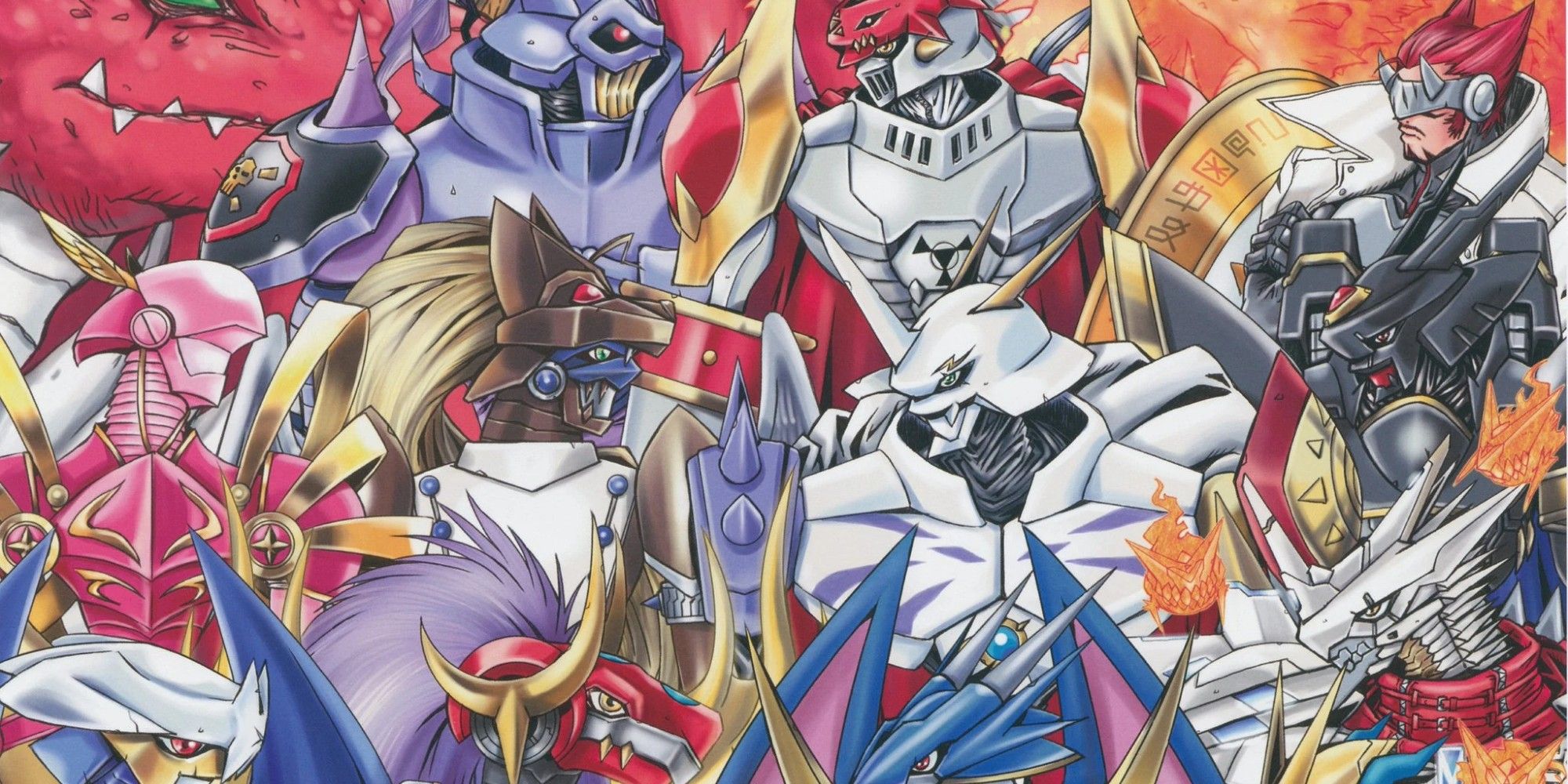 In ancient times, Imperialdramon Paladin Mode was said to have protected the Digital World from complete collapse. To ensure that such a catastrophe never occurred, they founded the group that would become the Royal Knights. The members are as follows:

What Do They Do? 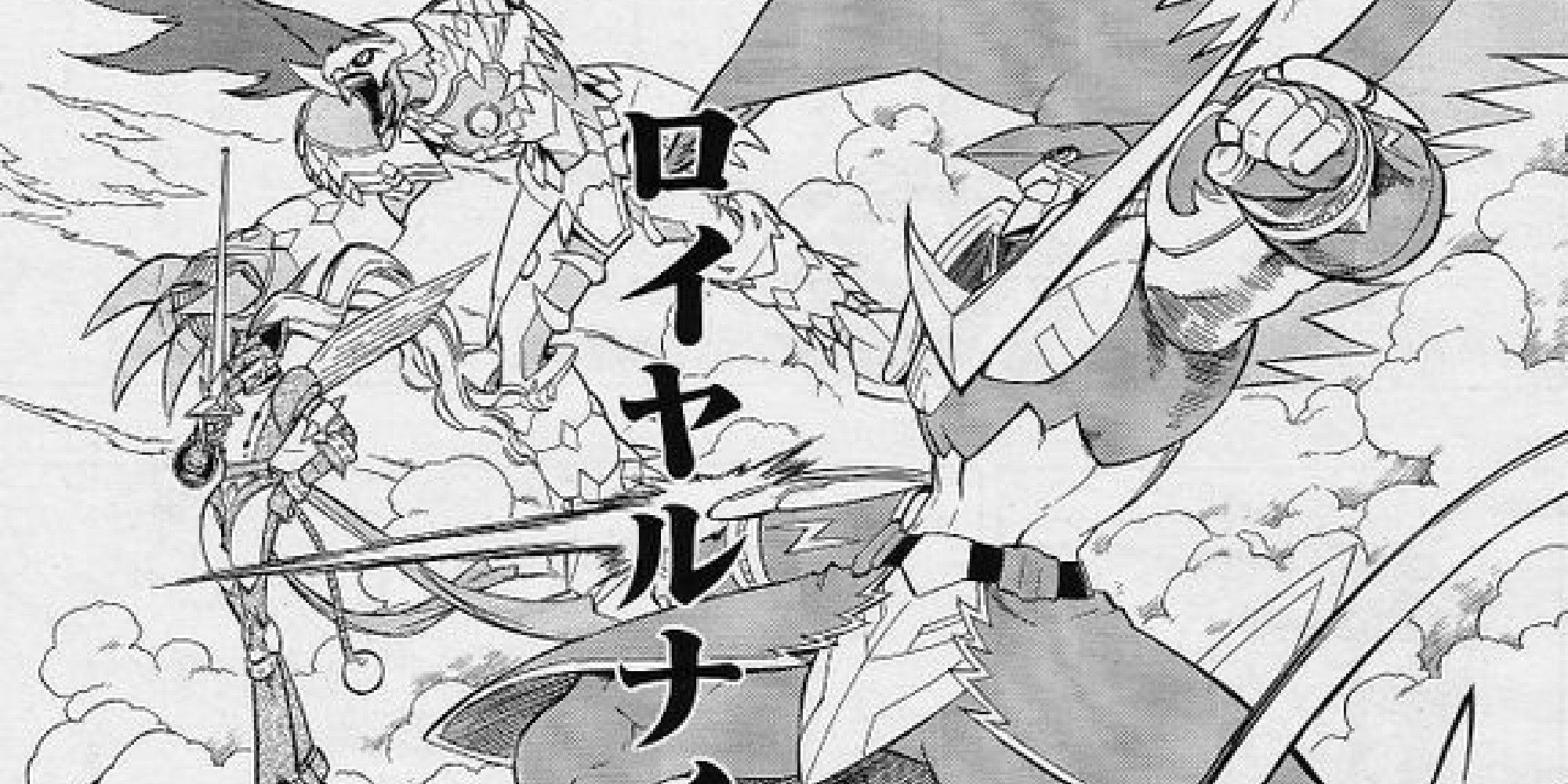 The main goal of the Royal Knights is to protect not just the Digital World, but the physical manifestation of this universe's internet, also known as the Network, in which the Digital World resides. They are the highest authority in Network Security, and their mere presence prevents others from tampering with the Network.

It is their purpose to keep the peace within their world. To ensure that no harm comes to the Network either from an internal source or external. Each member is willing to fight to the bitter end to instill justice upon those that seek to disrupt the natural order of the Network. That said, each knight has their own view on what constitutes an infraction against the Network. 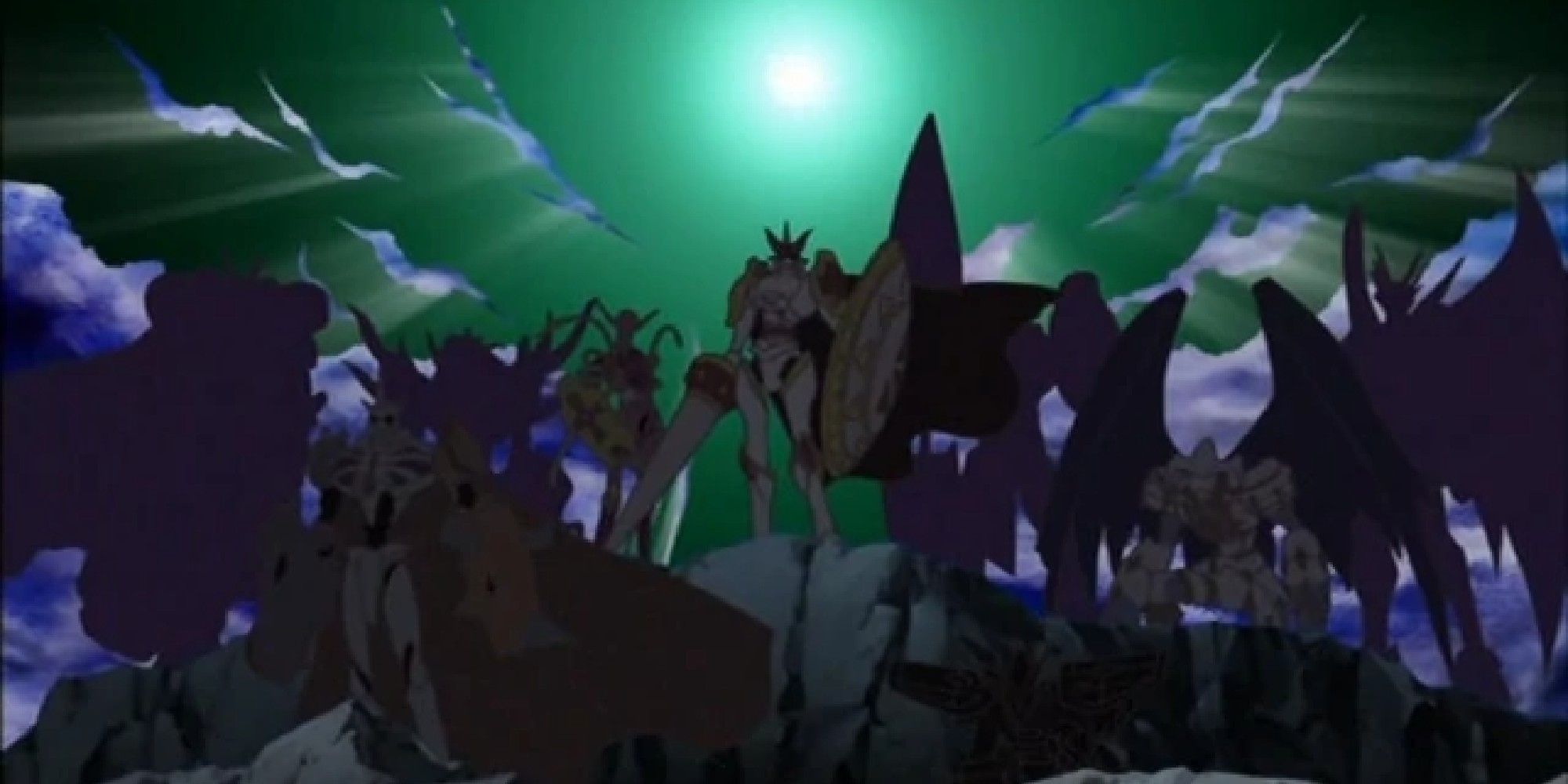 For the most part, the Royal Knights take a rather "hands-off" approach when it comes to their guard. Except for Gankoomon and Jesmon, the knights rarely get involved unless a particularly powerful Digimon or human threatens the Network. The aforementioned Gankoomon and Jesmon take a more active role in their vigil. Both Digimon roam the Digital World, seeking out and thwarting evil before it can grow.

While the benevolence shown by these two Royal Knights, as well as actions performed by the other knights, paint the group as protectors and guardians. However, this only applies to those that are on the 'right side' of their justice. Sometimes, it doesn't matter if a Digimon is evil for them to be seen as a threat to the Digital World.

Not Always The Heroes 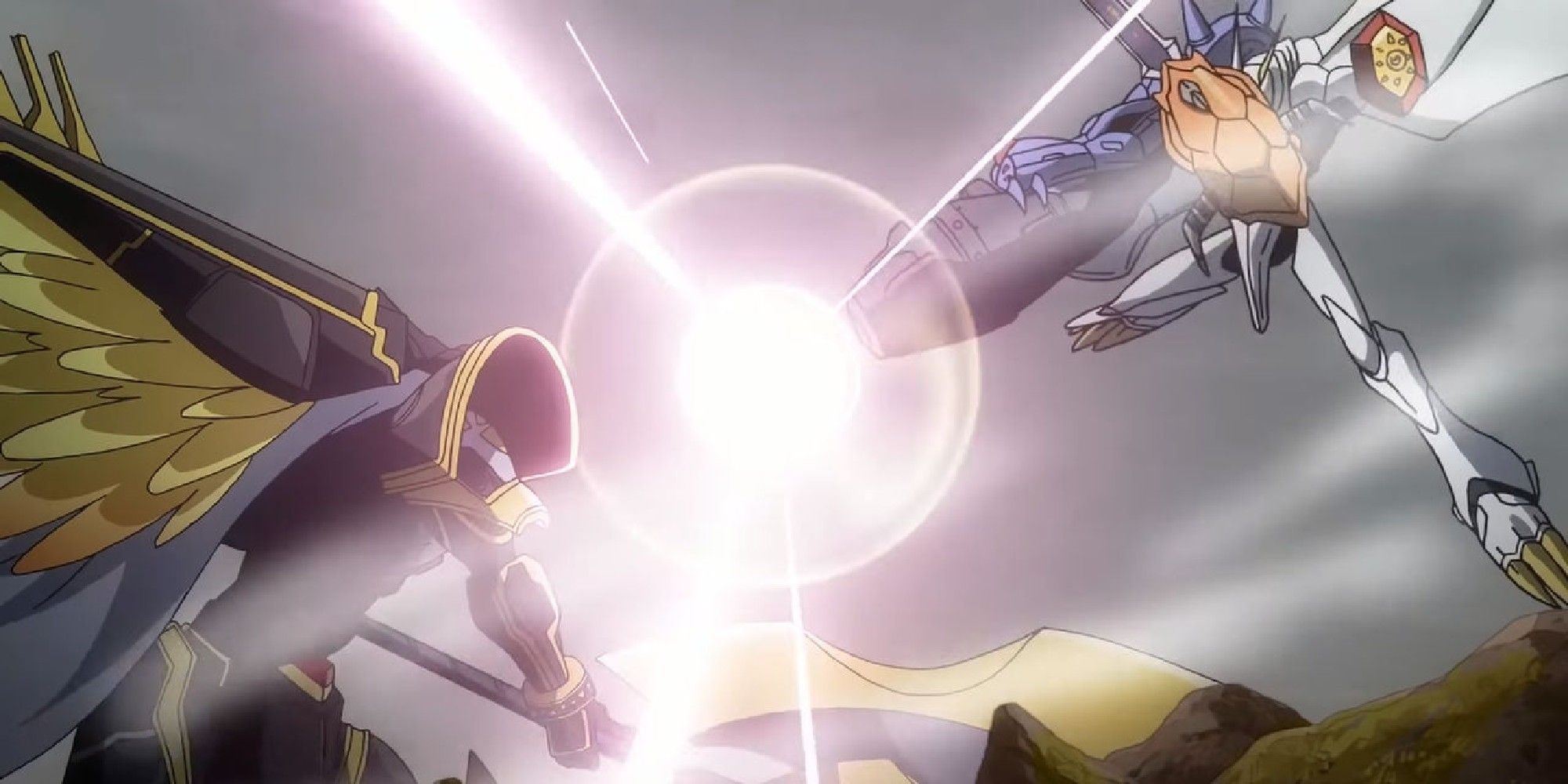 These conflicting viewpoints have demonized the group on numerous occasions and have led to internal conflict. While every knight wishes to protect the Network, their morals and methods have been known to clash with other members of the group. This has led to moments where the knights have directly fought against one another, sometimes to the death.

Who Commands The Royal Knight? 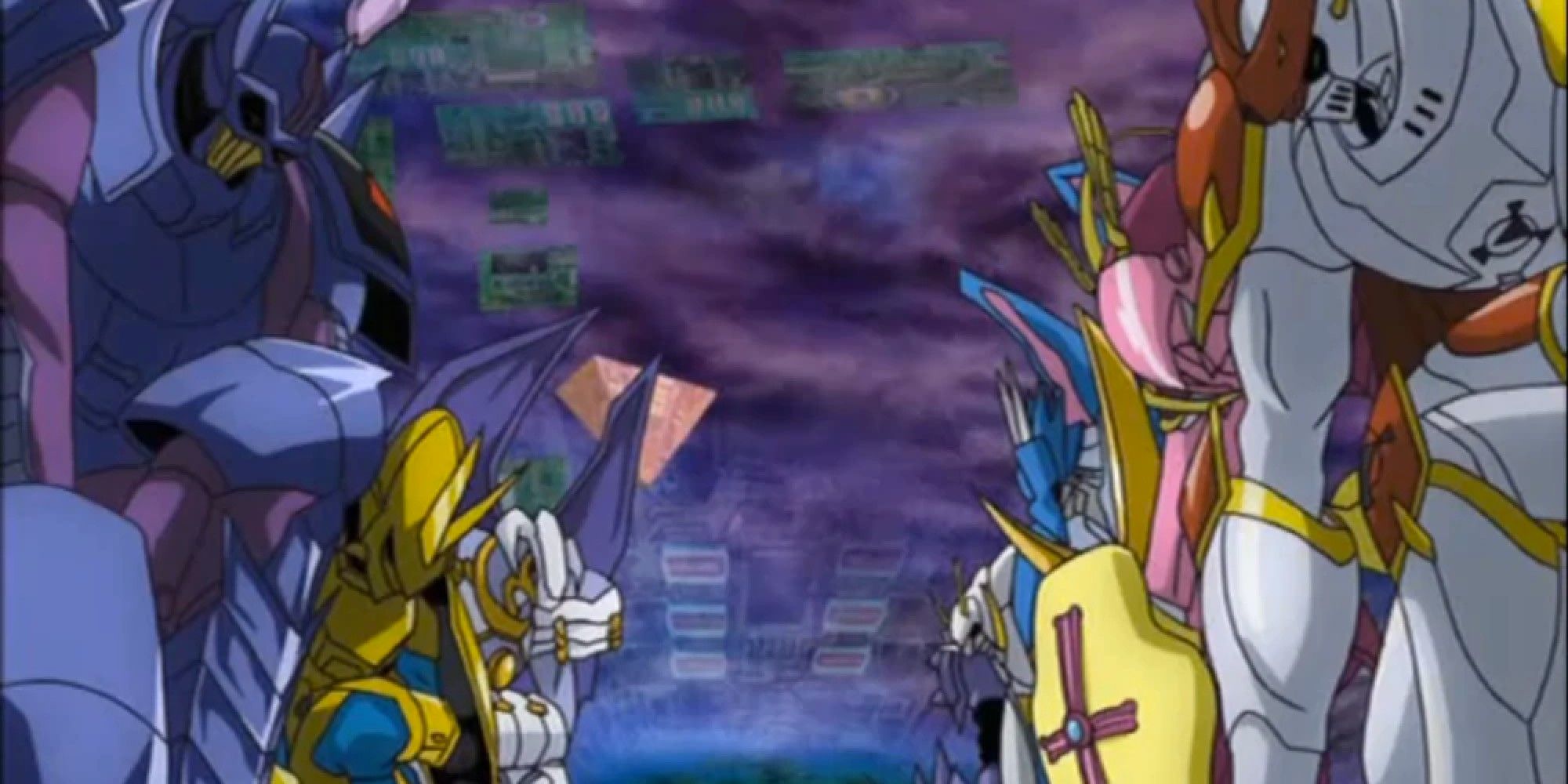 There have been instances where one or two of the knights have followed the directions of a master, should their goals and morals align. In Digimon Frontier, both Dynasmon and Crusadermon sided with Lucemon, a member of the Great Demon Lords and the antagonist for this particular season of the anime, and aided them in their attempted takeover of the Human World. That said, in nearly every depiction, there is one being that resides over the Royal Knights 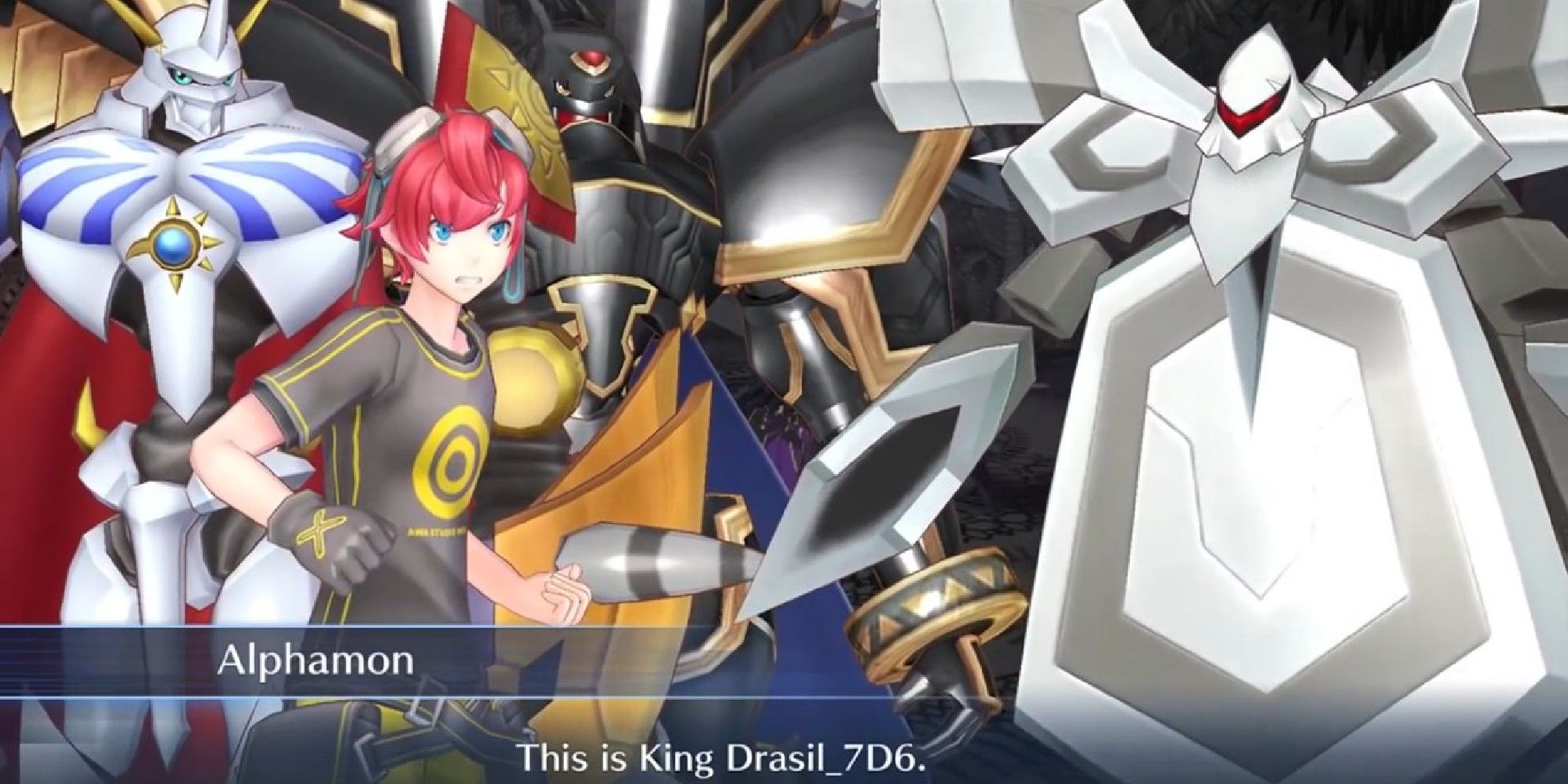 Since King Drasil isn't a Digimon, it's not technically a living being. It has been shown to showcase some emotion, but, for the most part, King Drazil is a cold, calculating machine. While its purpose is to protect the Digital World, the computer's methods can be questionable. For example; when the Digital World was faced with Digital Hazard, King Drasil's planned to eliminate 99 percent of all Digimon. Because of decisions like these, there have been times when even the Royal Knights rebelled against their master.