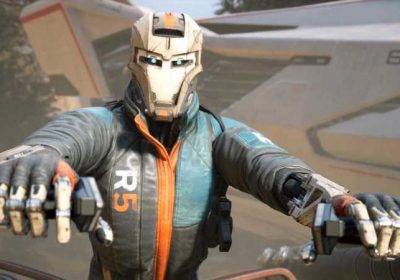 Disintegration dev V1 Interactive, which was founded by Halo co-creator Marcus Lehto, is shutting down less than a year after the game’s release. On Monday, the studio, based in Washington, thanked its staff for supporting the company these past five years.

“We are sad to inform you that V1 Interactive is officially closing. We want to thank all the talented people at V1, both past and present, who helped make the last 5 years wonderful. And a heartfelt thanks to the amazing community that supported us,” V1 said in a statement.

Lehto, who co-created the Halo series, a military sci-fi multimedia franchise first launched in 2001, at Bungie, tweeted that he was announcing the closure early to allows the studio’s thirty employees a chance to find new work.

“At V1, our priority has been to the wellbeing of our employees,” he wrote. “We’ve been transparent with them about the state of things for months and are making this decision now so they still have ample time to search for new jobs while being supported by our studio.”

Disintegration, an FPS published by Private Division, was released in June 2020 for Microsoft Windows, PS4 and Xbox One. The game, which was inspired in its gameplay by Myth, took more than three and a half years to develop. At first, the team aimed to create an RTS title, however, Lehto decided to integrate FSP elements into the game to make it more unique.

The studio’s description of the game reads, “Set in the near future on Earth, the only hope for human survival is through Integration, a process developed to preserve human brains in robotic armatures. You play as Romer Shoal, a former Gravcycle pilot in command of a small resistance force still grasping onto the fading memories of their human selves.”

A multiplayer beta, which lasted for two days, was released in January 2020. The game’s multiplayer support was eventually removed on November 17, 2020, since “the game unfortunately struggled to build a significant audience necessary for a compelling multiplayer experience,” according to the studio. On the Steam Charts, the PC version has never reached more than 600 concurrent players.