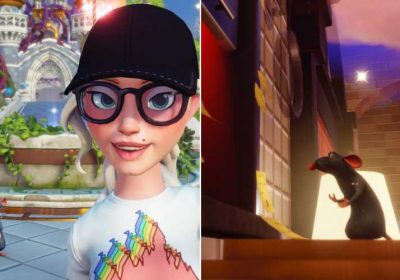 The nostalgia is real when you're playing the beautiful world of Disney Dreamlight Valley. The game allows you to hang out with many of your favorite Disney characters, as it slowly reveals the mystery behind The Forgetting that is plaguing the valley. The game is very detailed with an amazing art style, and that's what Disney does best.

While some characters stayed in the valley, others left because they didn't remember why they were there anymore. Remy is one of the characters that left the valley, and you'll have to go through a long quest line to get him back.

Disney Dreamlight Valley is currently in Early Access, and as such this guide is subject to change.

How To Unlock Remy's Quest In Disney Dreamlight Valley 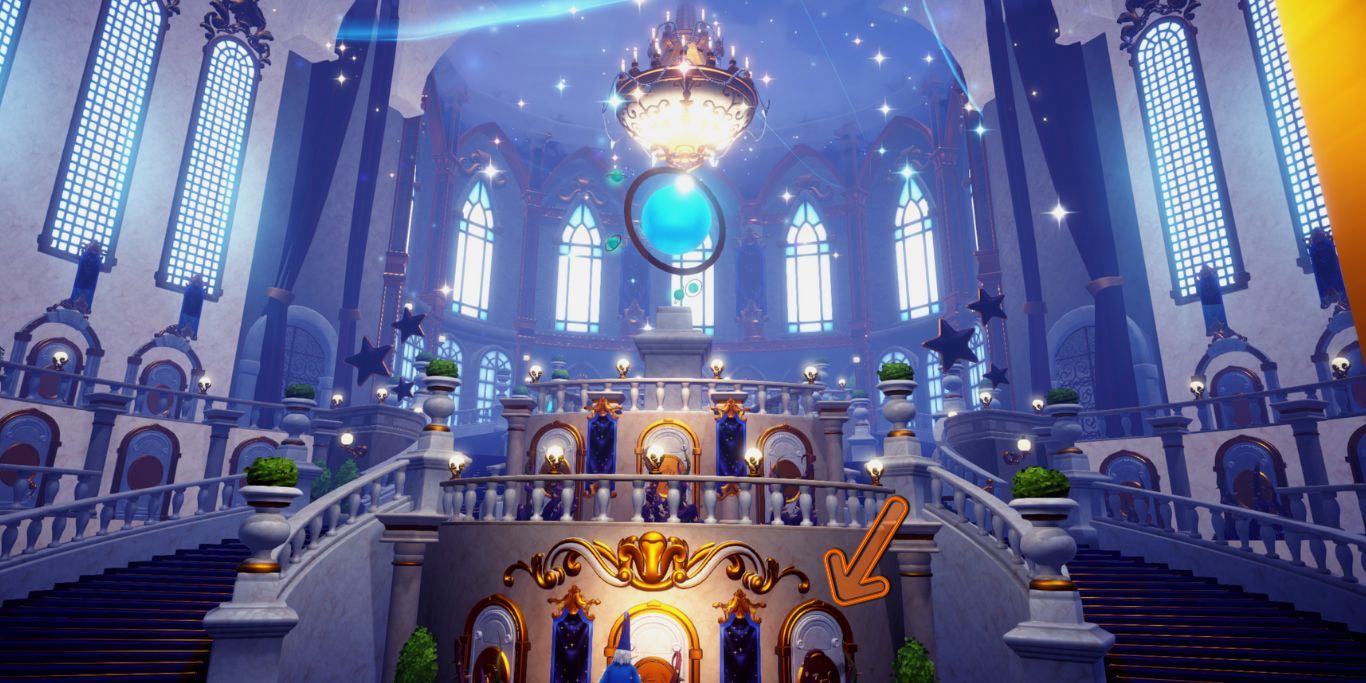 The first step, before even thinking about getting Remy back, is unlocking the Dream Castle. This is covered with some thorns that you can't clear at the very beginning. Help Merlin out by clearing the thorns in your house at the start, and he will slowly guide you to the castle.

The next step will be to get the Royal Tools, after which, you can talk to Merlin near the Castle doorway. He tell you the requirements for being able to get in, which are:

While these requirements are pretty straightforward, they can be significantly hard to achieve when you're just starting out. To get Dreamlight and take a look at the duties, simply head over to the Dreamlight section of the Main Menu. You'll find the Dreamlight Duties in the first tab.

It is important to remember that the duties you finish before you take on this quest from Merlin at the castle will not count.

So, you'll have to finish three duties again after you take the quest. This is why it's recommended to get to the quest before doing anything else in the valley.

Upon unlocking the castle, you will see a ton of doors that have different character quests behind each. As you can see in the picture above, Remy's door is the one at the bottom right. Talking to Merlin inside the castle will let you open one of the three doors at the bottom for free.

You can select Remy's door by clicking on the Rat option. If you select another option, it will take you a lot more Dreamlight to unlock Remy's quest in the future.

How To Get Remy In Disney Dreamlight Valley 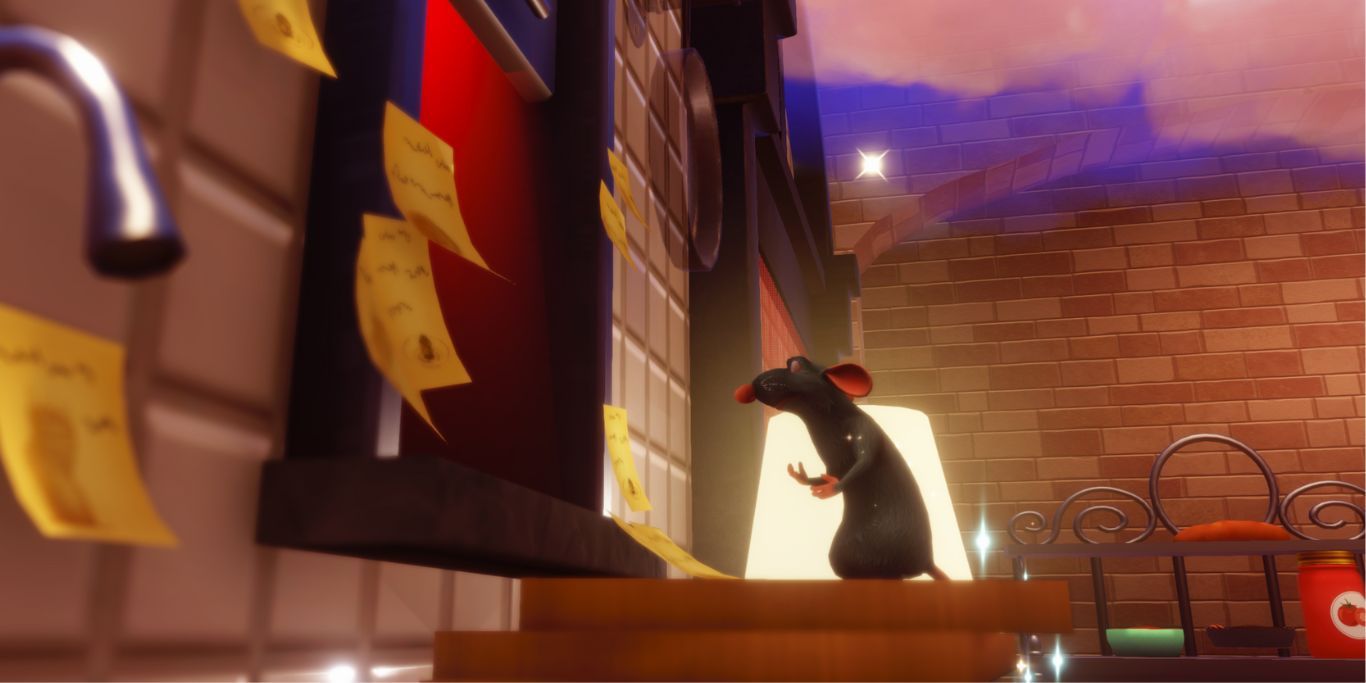 Once unlocked, you can enter Remy's kitchen through the door. Here, you'll find him troubled because there's a critic coming to the kitchen, and he doesn't want a bad rating from them. Talking to him will start your journey towards bringing Mickey's favorite chef back to Dreamlight Valley. 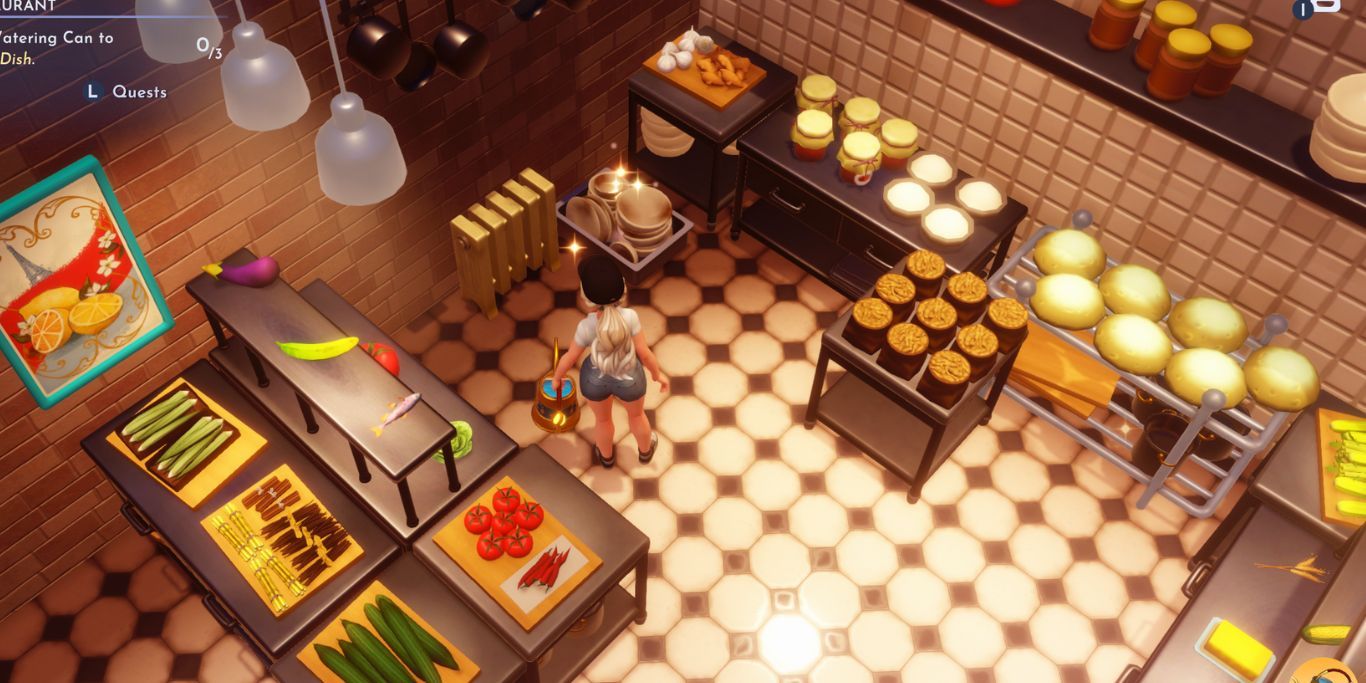 The first thing he'll ask you to do is clean three sets of dirty dishes. You can easily find these around his kitchen, and use your Watering Can on them by getting close. This is one of the royal tools that you must have acquired before starting this quest. The locations for the dishes are:

After cleaning the dishes, it's time to get cooking. Talk to Remy and he'll ask you to try your hand at cooking a couple of easy dishes first. These include a Grilled Fish and a Fruit Salad. Simply add a fish to the cooking pot to make the former, and an apple to make the latter.

You will be able to find the ingredients required for all the recipes in Remy's kitchen itself. There are three counters where you will find different food items to use in your recipes. 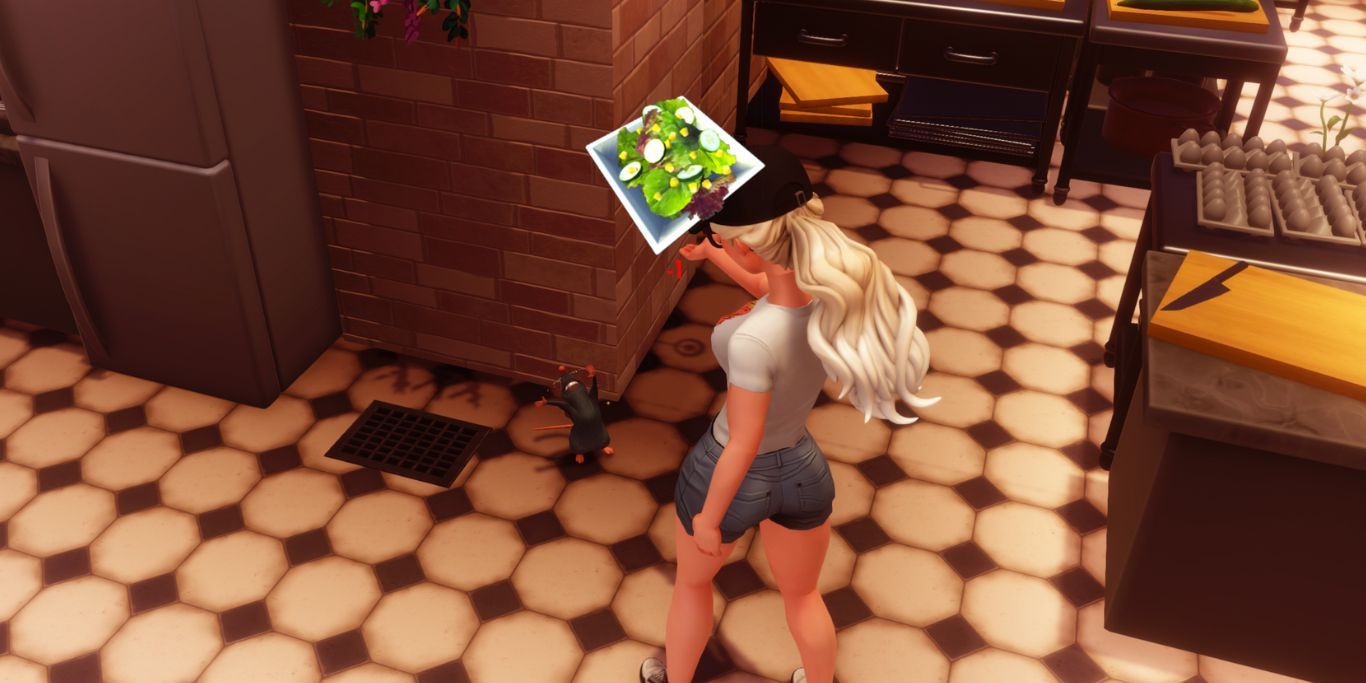 Next, Remy will slowly ask you to make an entire meal, involving a starter, a main course, and a dessert. Firstly, he will give you a choice to make a Hearty Salad or a Bell Pepper Puff. Based on your selection, here are the ingredients that you need to put in the pot:

After cooking the correct item, talk to Remy, and he'll take it off your hands. The next item will be the main course, where you can select between Pizza Margherita or Vegetable Casserole. Select Pizza Margherita, since it's very easy to get that done. 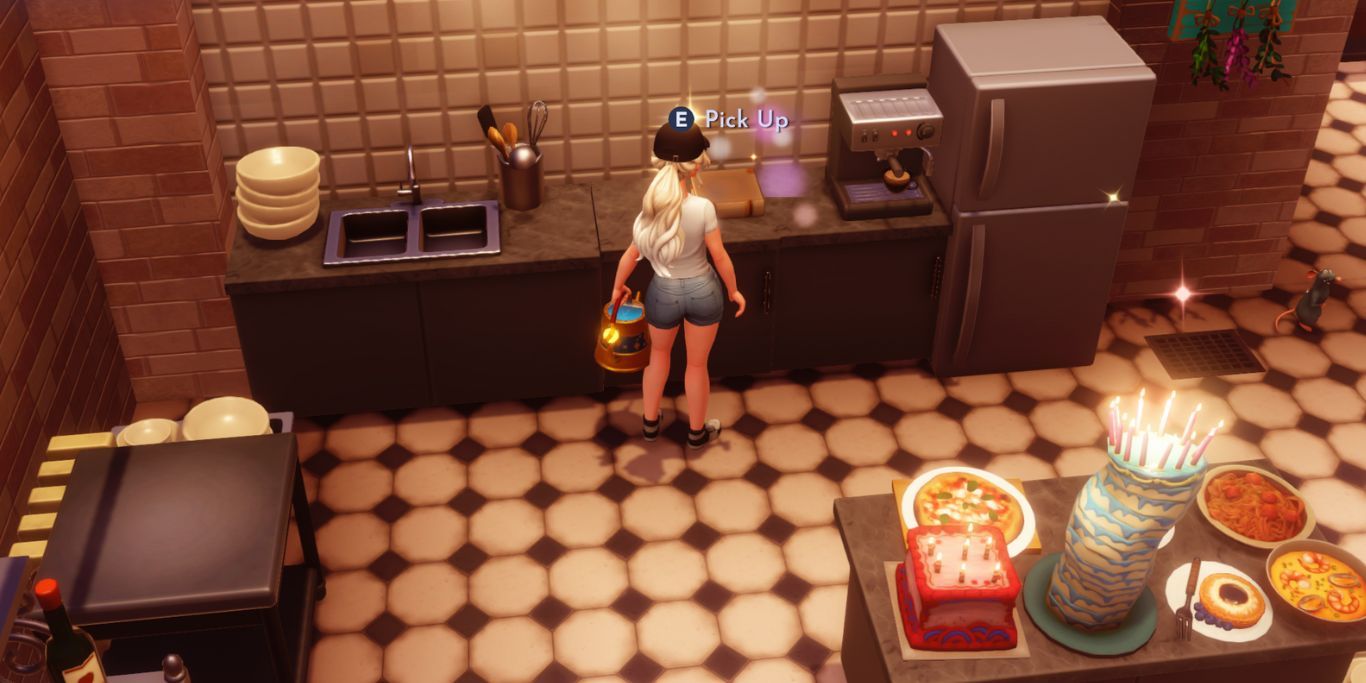 For this, you'll first have to find a recipe book for Pizza. This can be found on the counter beside the wall, directly in front of the exit door. It is located on the right side of the sink, and is hard to miss since it sparkles. Head over to the book in your inventory, and it'll display the Pizza recipe at the bottom of your screen.

It takes Tomato, Wheat, and Cheese to create a Pizza, and all three of these are found on different counters. Furthermore, you'll have to add either Basil or Oregano to make Pizza Margherita, which can then be given to Remy to progress to the next part of the quest. 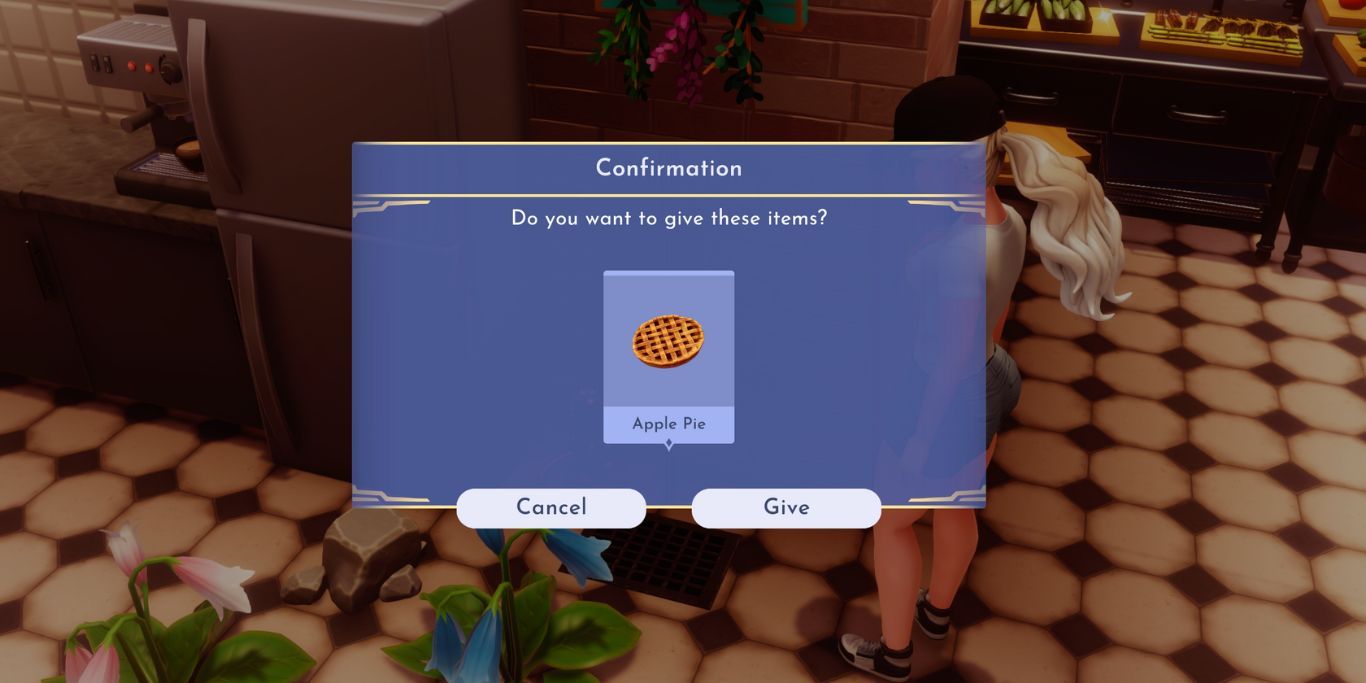 The final dish of this segment is the dessert, and Remy allows you to pick between a Banana Pie or an Apple Pie. Wheat and Butter will be the common ingredients for both of these. Depending on your choice, you can add Apple or Banana into the mix.

Once all of this is done, it's finally time for the critic to arrive. And as it turns out, you'll be cooking for them too, since Remy is busy serving other people in the restaurant. The only difference with this part is that you'll be putting the dishes on the serving hatch beside the exit door instead of giving them to Remy. 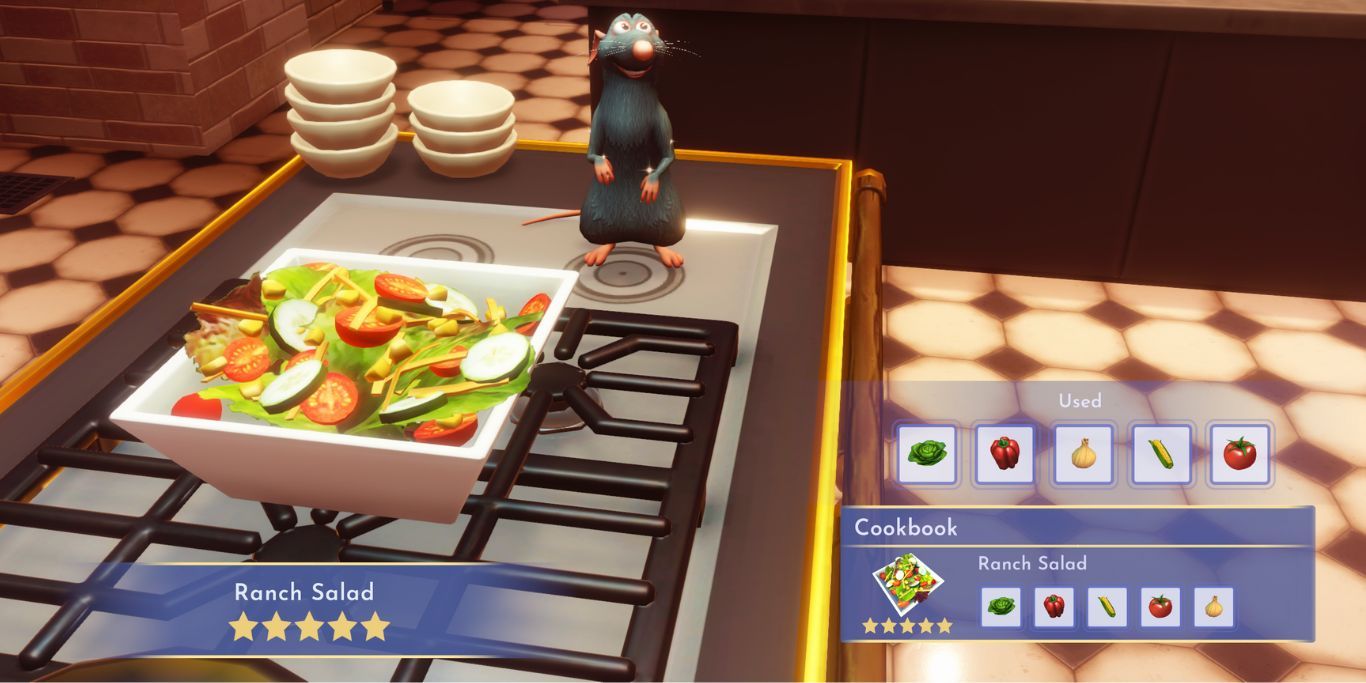 The two dishes to cook for the critic will be Ranch Salad and Ratatouille, in that order. Here are the ingredients required for both:

Once you've put both of these dishes on the serving hatch, the cooking tutorial will end, and you can finally move forward with unlocking Remy. Talk to the little rat and invite him to come with you, since you have a kitchen that he can work in — and where he'll also have a chance to make more food with you.

For the final part, you'll have to place Remy's home in the valley, and building the house after placing it will cost you 2,000 Star Coins. Once you've provided Scrooge with the money he will instantly make the house, and Remy will appear in your world through the well in front of the castle. This unlocks the character. 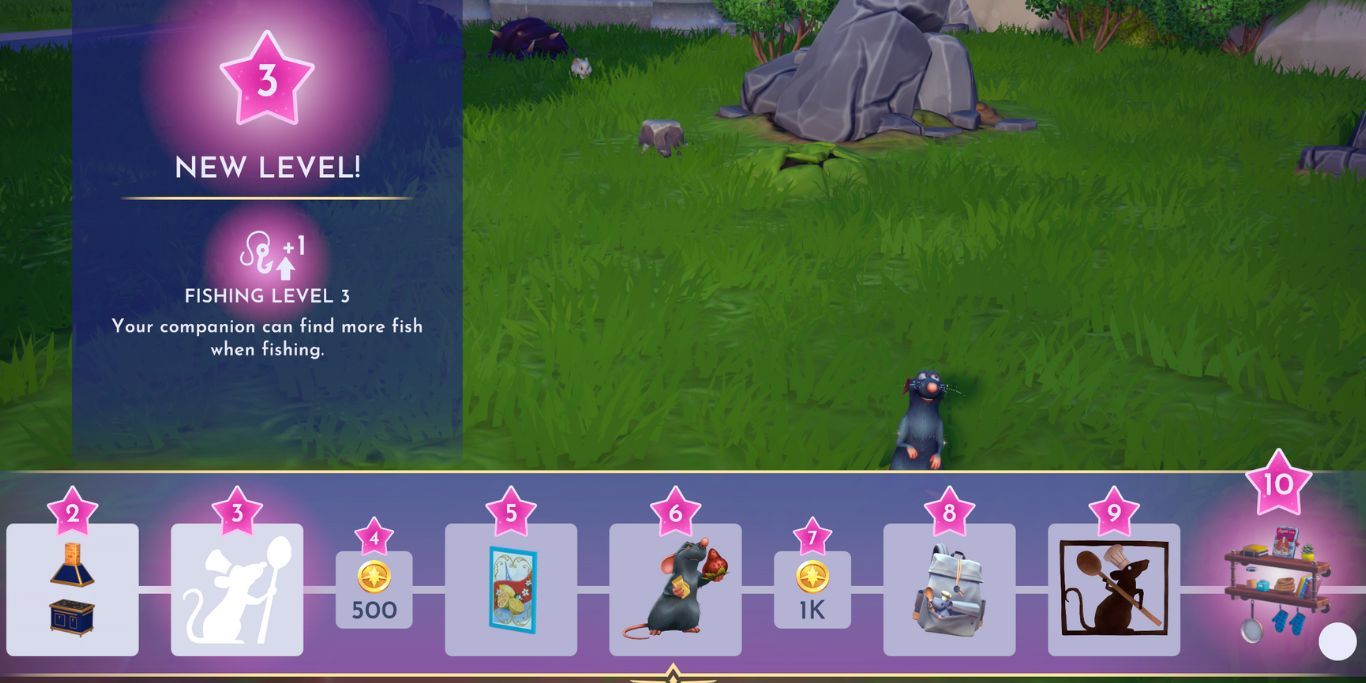 After unlocking a character in Disney Dreamlight Valley, you can upgrade them to friendship level ten, unlocking multiple rewards and buffs along the way. When they reach level two, you'll be able to allot a specific deed to them, giving you different buffs if you hang out with them while performing that deed.

Here are all the unlockable friendship rewards from Remy: