A new Star Path is here and it's time to unlock it! A while back when Disney Dreamlight Valley first came out, Star Paths were introduced into the game. The first Star Path was the Pixar Fest Star Path and it was an awesome way to unlock Pixar-themed furniture, motifs, and clothing.

Now, it's all about villainous characters – something that perhaps would seem odd but it was expected with the addition of Scar as a character in the Valley. Learn everything you need to know about the Villains' Star Path with our detailed guide. 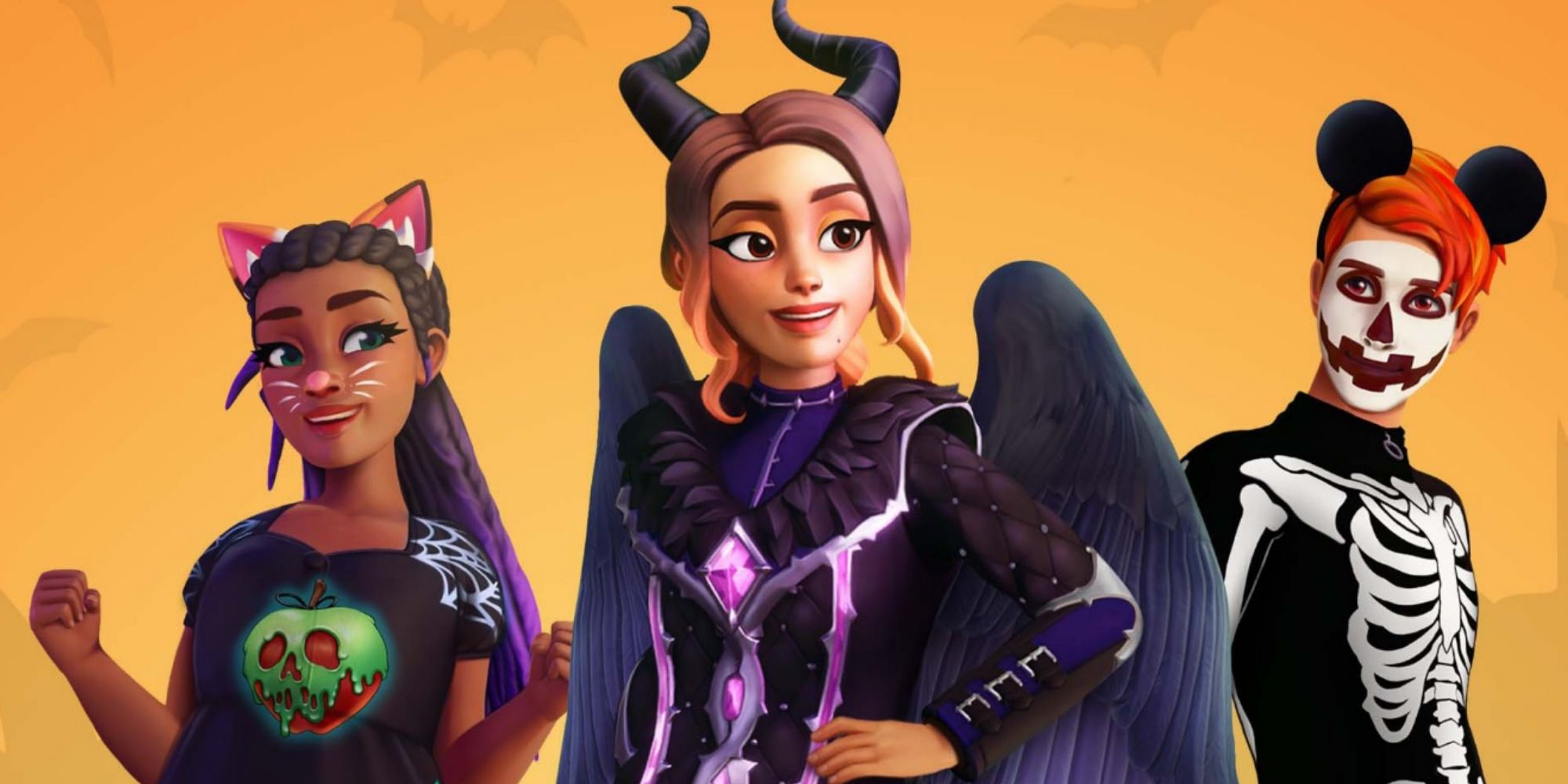 For those unfamiliar with the Star Path concept, it works very much like a Battle Pass, where you complete a certain number of tasks to earn a special currency that you can exchange for rewards. In the case of Disney Dreamlight Valley's Star Path, you complete duties to earn tokens.

Duties work just like Dreamlight Duties but instead of earning Dreamlight you'll receive tokens; these tokens can only be used during this specific Star Path, they will reset if it comes to an end and you didn't redeem them. You can check out the duties page in the event tab to see what your goals are. Alternatively you can purchase tokens with Moonstones, but to get ten tokens you'll have to hand in 200 Moonstones. 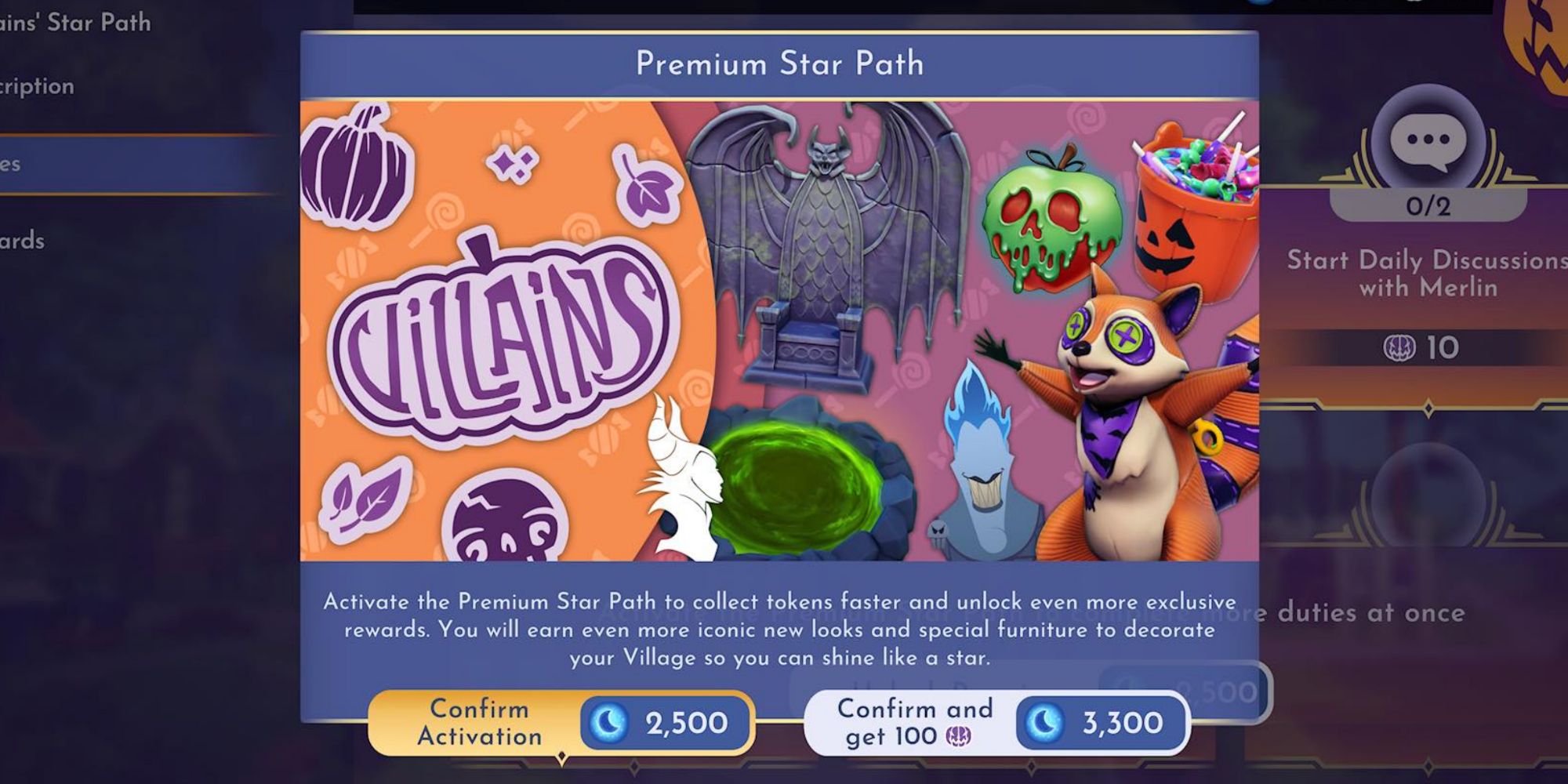 You won't need as many tokens when playing the Standard Star Path since many of the rewards aren't unlockable. When viewing the various pages you can see which items are considered Premium-only.

When playing through the event with only the Standard Star Path activated, you can only complete three duties at a time, while with the Premium Star Path you can progress towards six duty tasks simultaneously. This allows you to get more tokens faster. 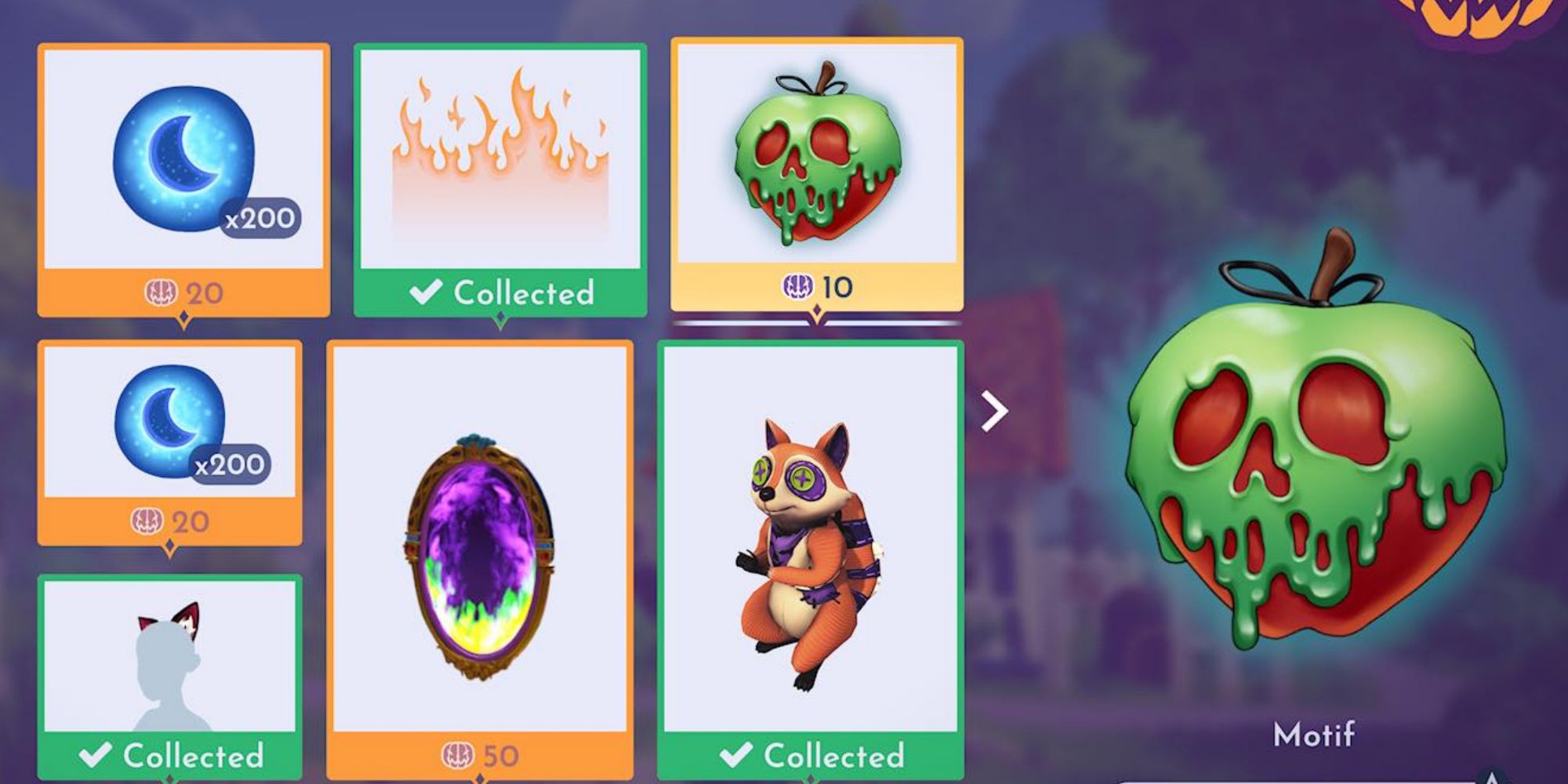 The rewards are the most exciting part of this entire thing, opening the Rewards page and choosing what you'd like to unlock next is the best part when it comes to Battle Pass completion. This Star Path's rewards are very much Halloween-themed given that they'll be available at this time of the year.

The Star Path is particularly filled with motifs that were made to create make the spookiest articles of clothing out there. It provides nostalgic items from Hercules, Snow White, Mickey Mouse, and a couple more – they will certainly add a ton of personality if put there.

There are seven pages of rewards, the first six all have seven rewards while the last one has a few Moonstones that you can grab. In total, after collecting every single rewards available, you can get 2,090 tokens for completing the Star Path which isn't enough to make up for it in terms of Moonstone costs. But, thankfully, you get ten Moonstones from chests that spawn everyday around the Valley just be sure to check for them and always open them.