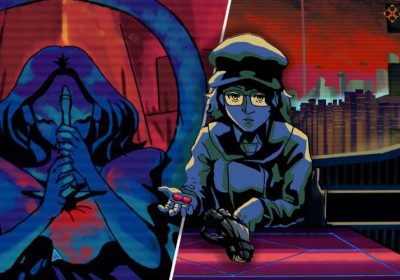 Have you ever wondered what it'd be like to tell the future? What if you could control the future on a whim? In Divination, you'll take on the role of a pair of mysterious, disembodied hands that changes the course of events based on the placement of a handful of runes. Doing so affects the lives of your various clients, who live in the danger of a computer virus causing robots to terminate themselves.

Divination is a short game. There are only four sessions that run about a half hour in total. However, the possibilities from these four little stories are numerous! Still, you will find yourself reaching the same endings repeatedly if you are not familiar with Divination's gameplay and branching storyline elements. So, keep reading for some tips to open up that third eye and reach the truth of this gritty dystopian fantasy!

Divination's themes include triggering subject matter, such as depression and suicide. If you ever feel your playthrough experience overwhelming or have thoughts of self-harm, please call the National Suicide Prevention Lifeline at 1-800-273-8255.

If you ever forget, the number appears in the introduction of the game's first session.

The Images You Create Determine The Future 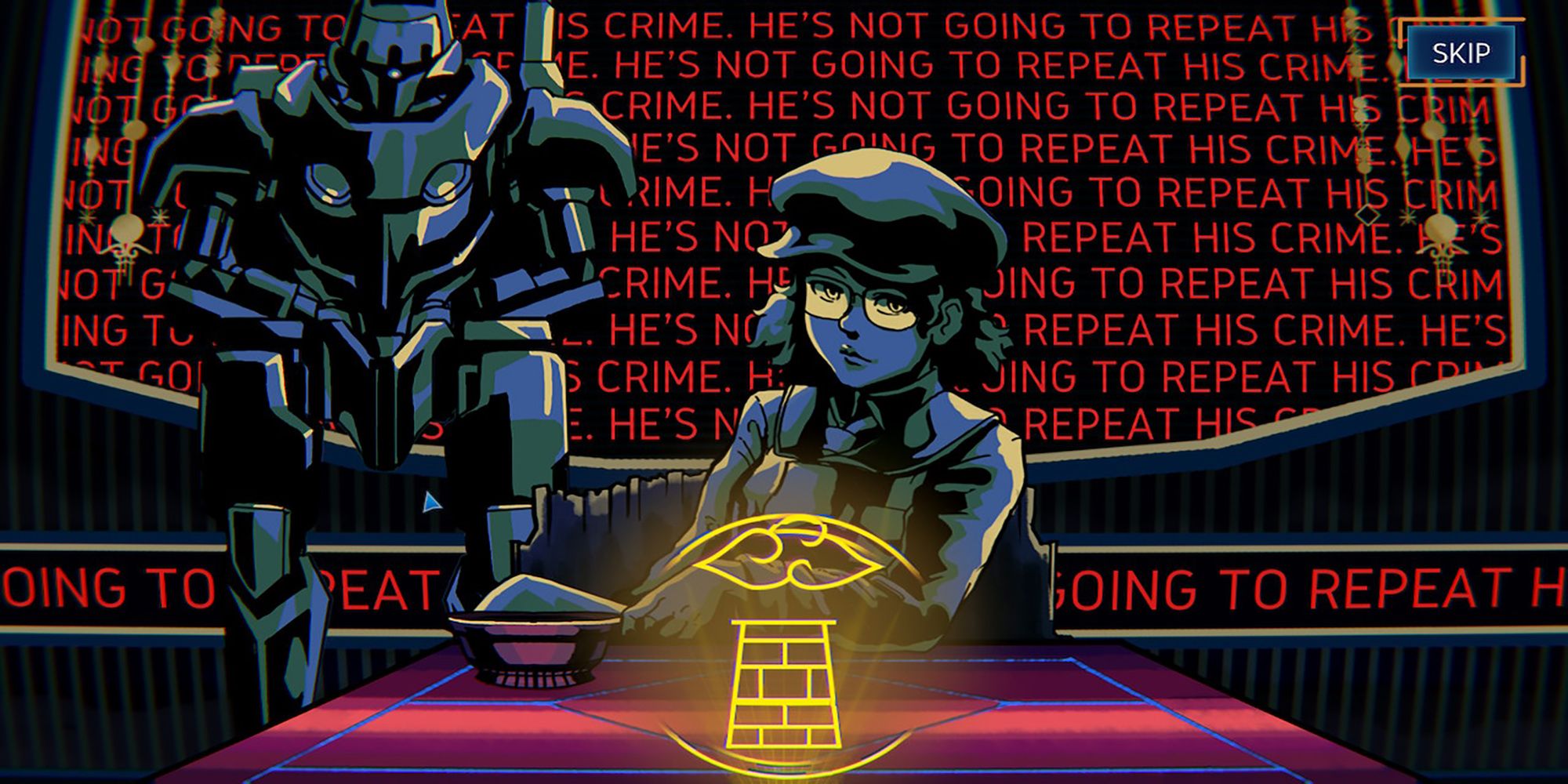 One of the intriguing but confusing traits of Divination is the lack of a tutorial. Your first client presents you with two runes, each with a different image. The first rune has a picture of a thundercloud, while the second has a tower. Furthermore, the order you place the runes creates two distinct images. Placing the thundercloud rune first and the tower second makes a stable tower. However, placing the tower first and the thundercloud second depicts a tower on fire.

In short, prophecy in this game requires players to understand the impact of imagery and metaphors. Furthermore, as more runes get introduced, more images become possible. Therefore, these predictions will require a closer eye on symbolism.

If you're having trouble understanding what one image means over another, you could run your first playthrough cold. Then, in your second playthrough, create contrasting images for different results. Trial and error is a massive aspect of Divination. 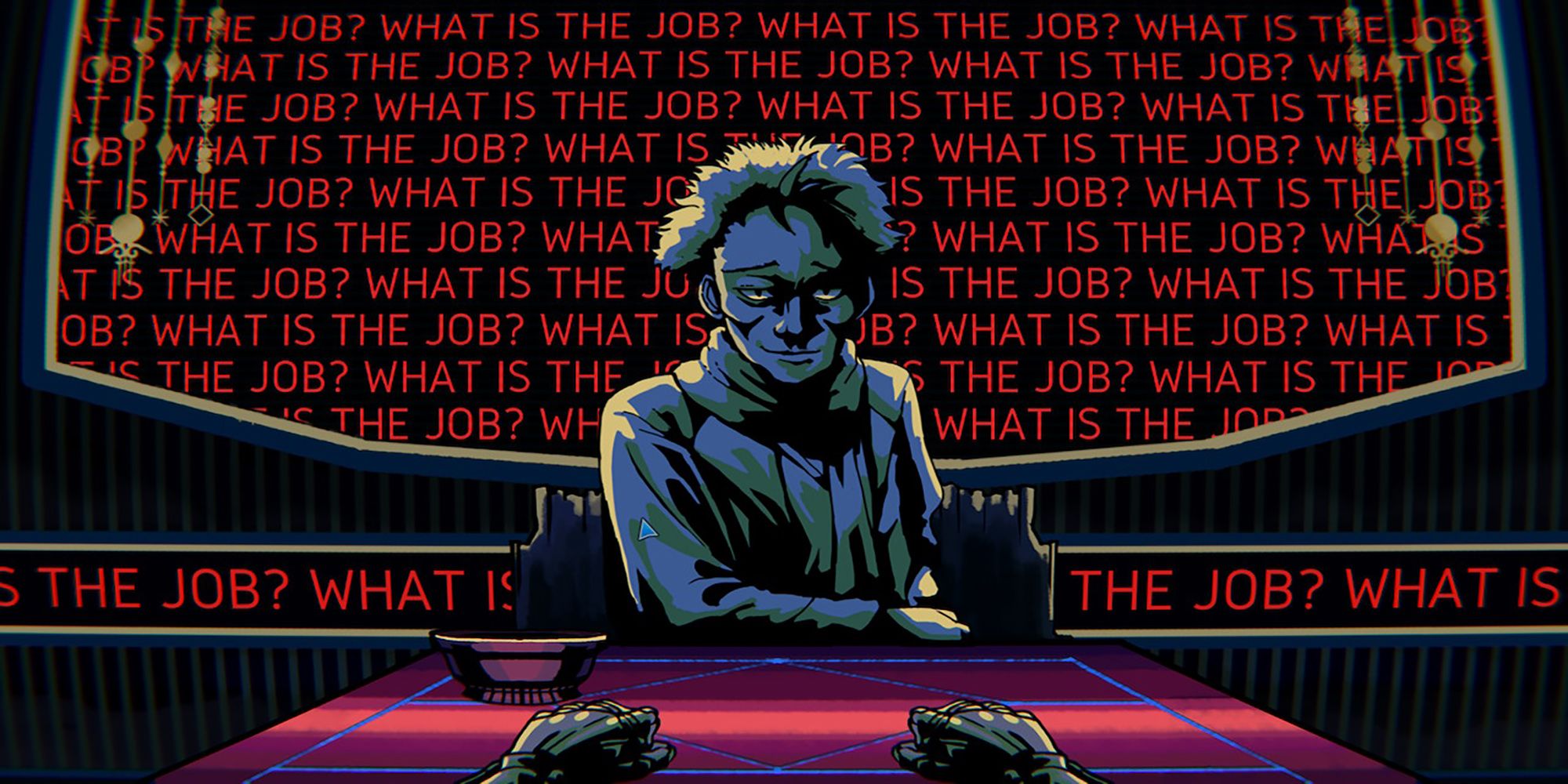 Before each divination, you'll get the option to ask clients additional questions about their queries. These questions lead to conversations that will teach you more about your clients and the nature of their ponderings. Furthermore, you'll learn clues about what is going on in the game's storyline and how each client fits into it. While you could decipher runes without these clues, they add a lot to the visual novel experience of this game.

After your first playthrough, unless there is something you want to revisit, there is no reason to ask the preliminary questions again. Prior predictions do not change the nature of these conversations. Plus, considering how many paths there are in this game, you'll want to cut time from your playthroughs as you work on reaching the true ending.

The Questions Are Binary, But The Outcomes Are Not 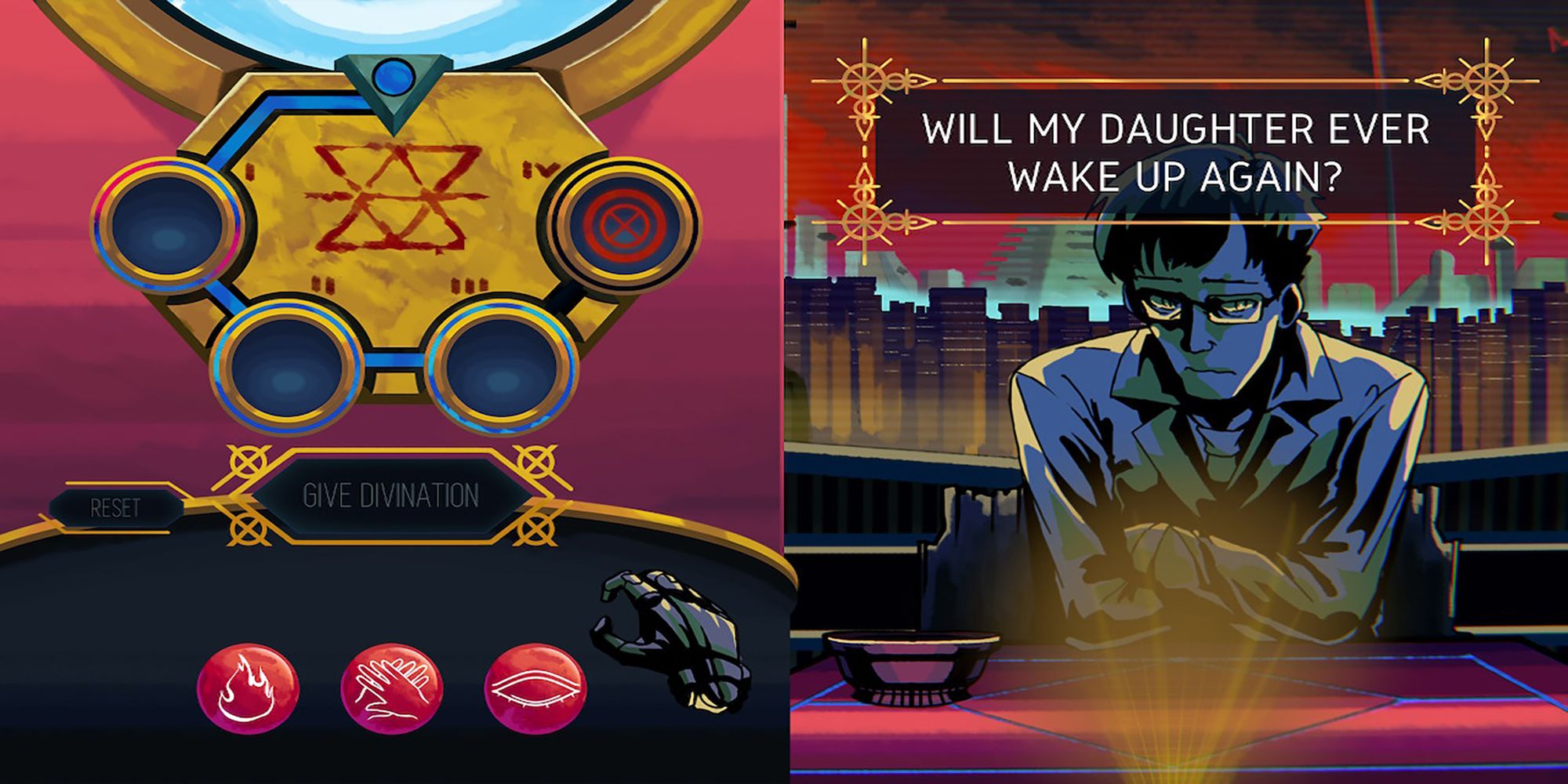 The questions your clients will ask you are Yes or No questions. Your first reading clarifies this by offering one image for "Yes" and one for "No." However, your future readings will have multiple possible images. The addition of images does not change the number of possible answers. Think of each image as multiple versions of "Yes" or "No." Changing the prediction from "Yes" to "No" is not enough to open up new paths. It would be best if you discovered new variations of the prediction.

Session Three is an excellent example of this concept. Three images predict a "No" result: a pile of ashes, eyes covered by a pair of crossed hands, and the pair of crossed hands by themselves. Yet only one of these images, combined with a handful of key images in the previous sessions, will unlock critical runes in the final reading.

Check The Flowchart For Paths You Have Not Taken 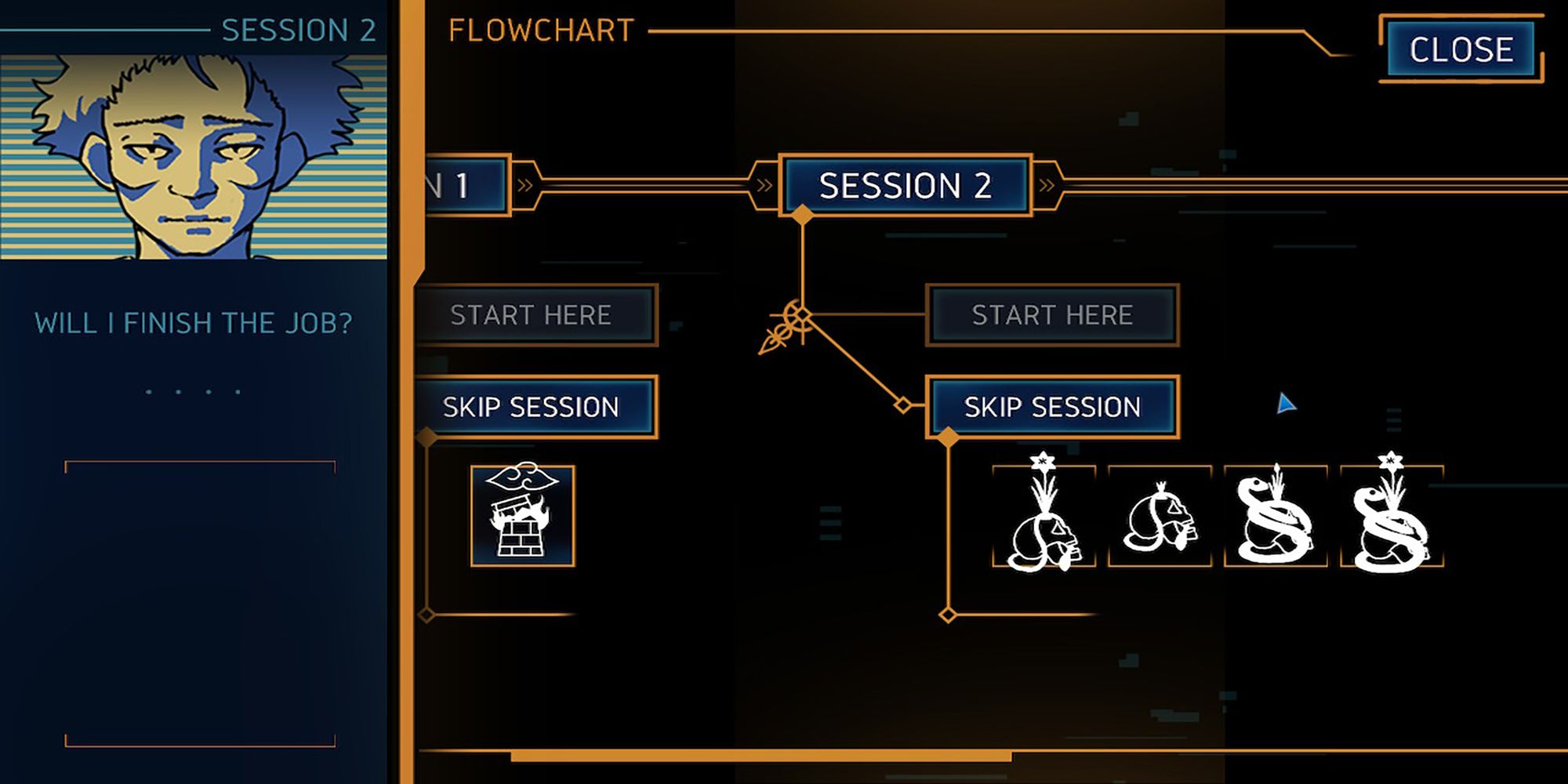 Most visual novels with multiple endings have flowcharts to help you navigate from one to another. Luckily, Divination includes a flowchart of this nature as well. Divination's flowchart is an essential tool for tracking what predictions you've made and on which path.

For each of the game's sessions, you can decide whether to revisit a session or skip it entirely with your preferred prediction. However, you cannot choose specific predictions if you have not reached them in your current playthrough.

While the setback above looks tedious, it will prevent you from missing playthroughs you have not attempted yet. In addition, relying on the flowchart will help you find new options and avoid redundant ones.

Look For The Finer Details 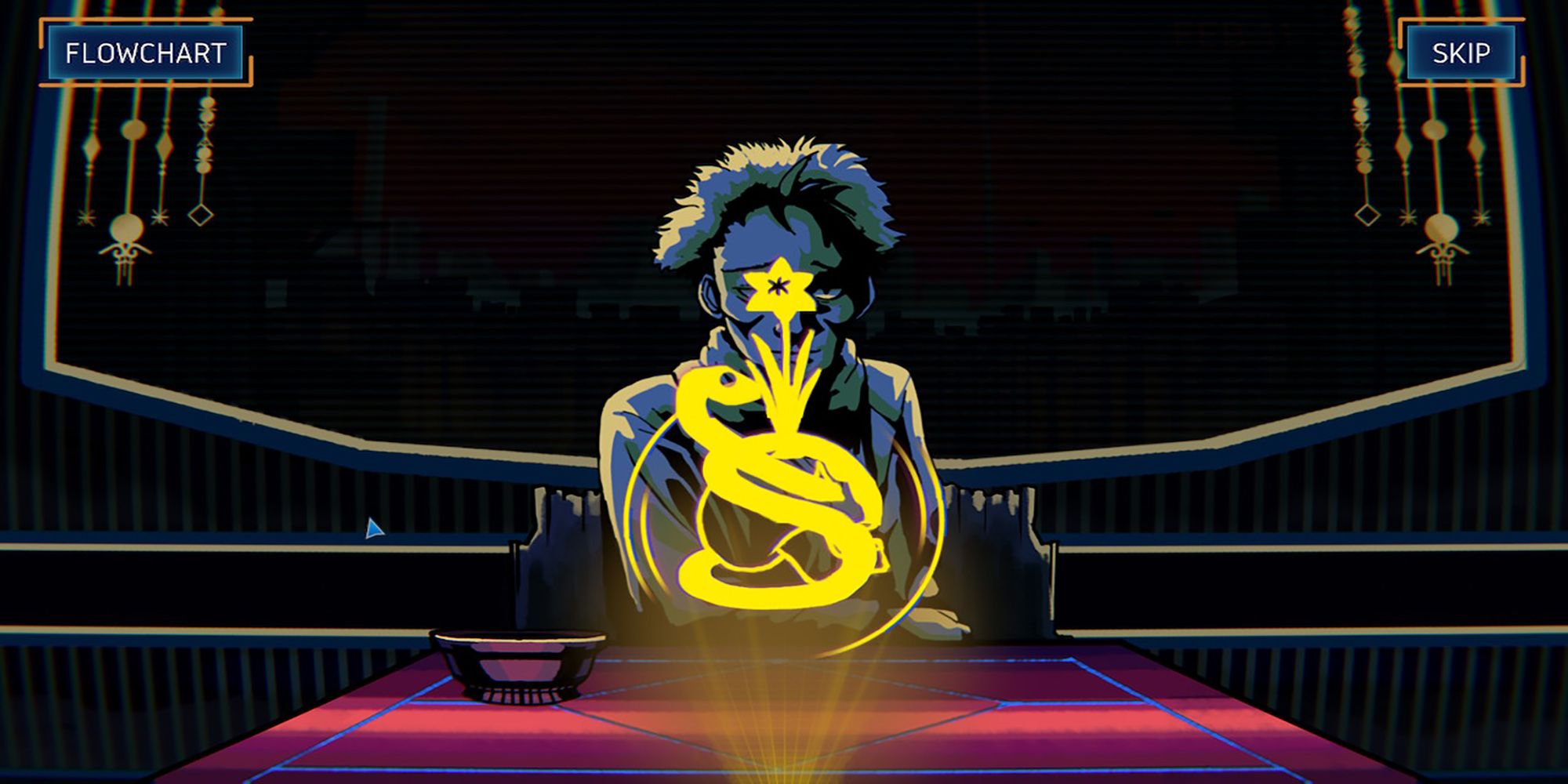 While we worked our way through Divination's flowchart, we reached a point where we assumed we had examined every possible playthrough. However, after performing some online research, we discovered we were mistaken. The paths we missed branched from images with very slight detail changes.

For example, Divination's second session consists of three runes: a flower, a skull, and a snake. Placing the flower first creates a specific prediction. However, choosing to place the snake before or after the skull changes the snake's size in the final image. One flower growing out of a snake-ridden skull is not like another.

Therefore, it is essential to track what rune combinations you have tried and in what order. Otherwise, you'll miss out on potential outcomes from images you may not have created yet. If you wish to discover the truth behind Divination's enthralling story, checking for these details is necessary.

Try Everything To Get To The Truth 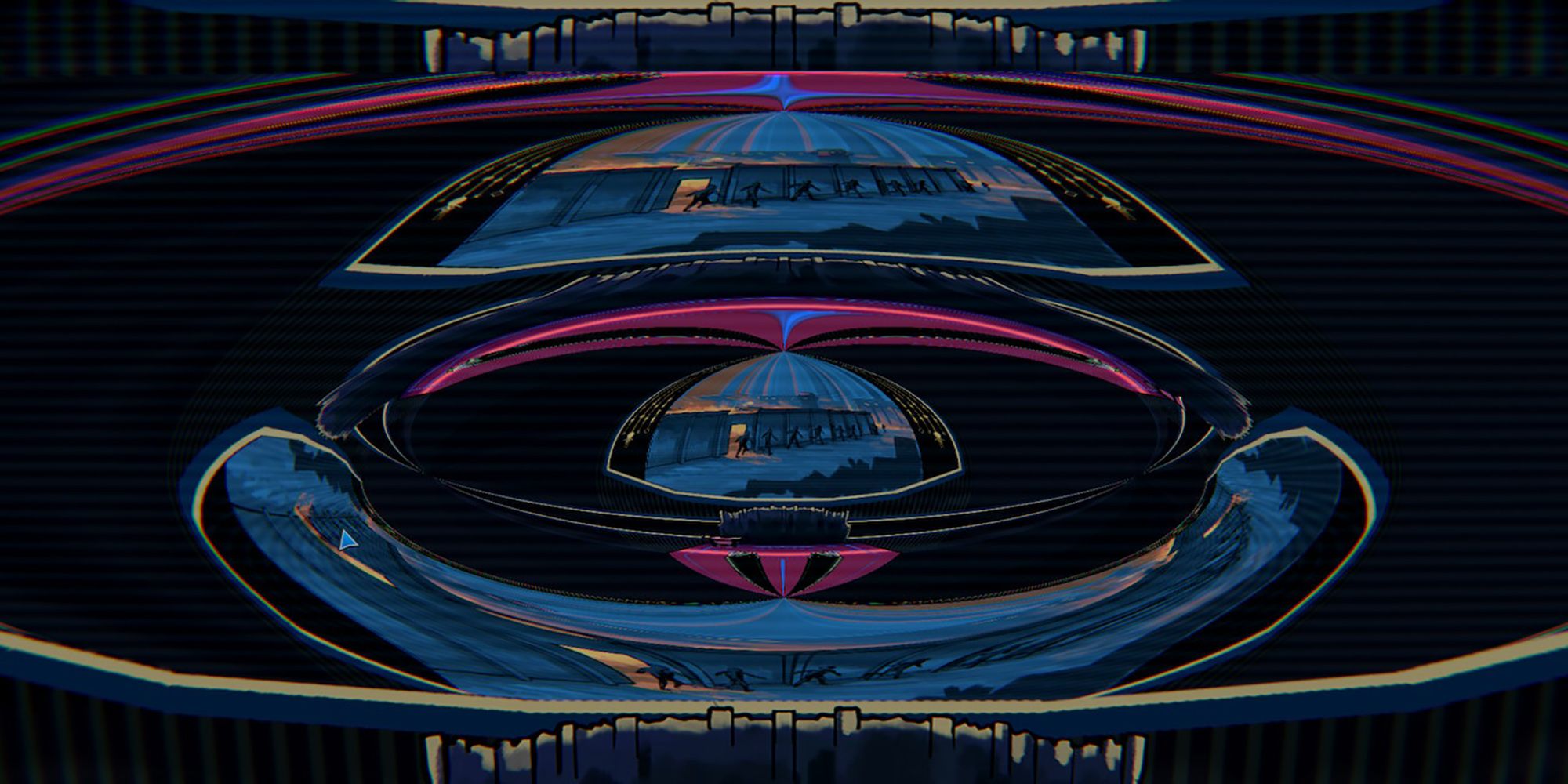 If, at first, you don't succeed, try and try again. Yes, this adage is cliche, but it's very accurate in Divination. Once you get closer to the end, you'll find yourself skipping through chunks of text to see how your playthrough affects the mysterious Chaos meter at the end of the game. At this point, the game comes down to guesswork.

One last piece of advice: your goal is to fill the Chaos meter, not deplete it. Good luck sowing dystopian disarray! 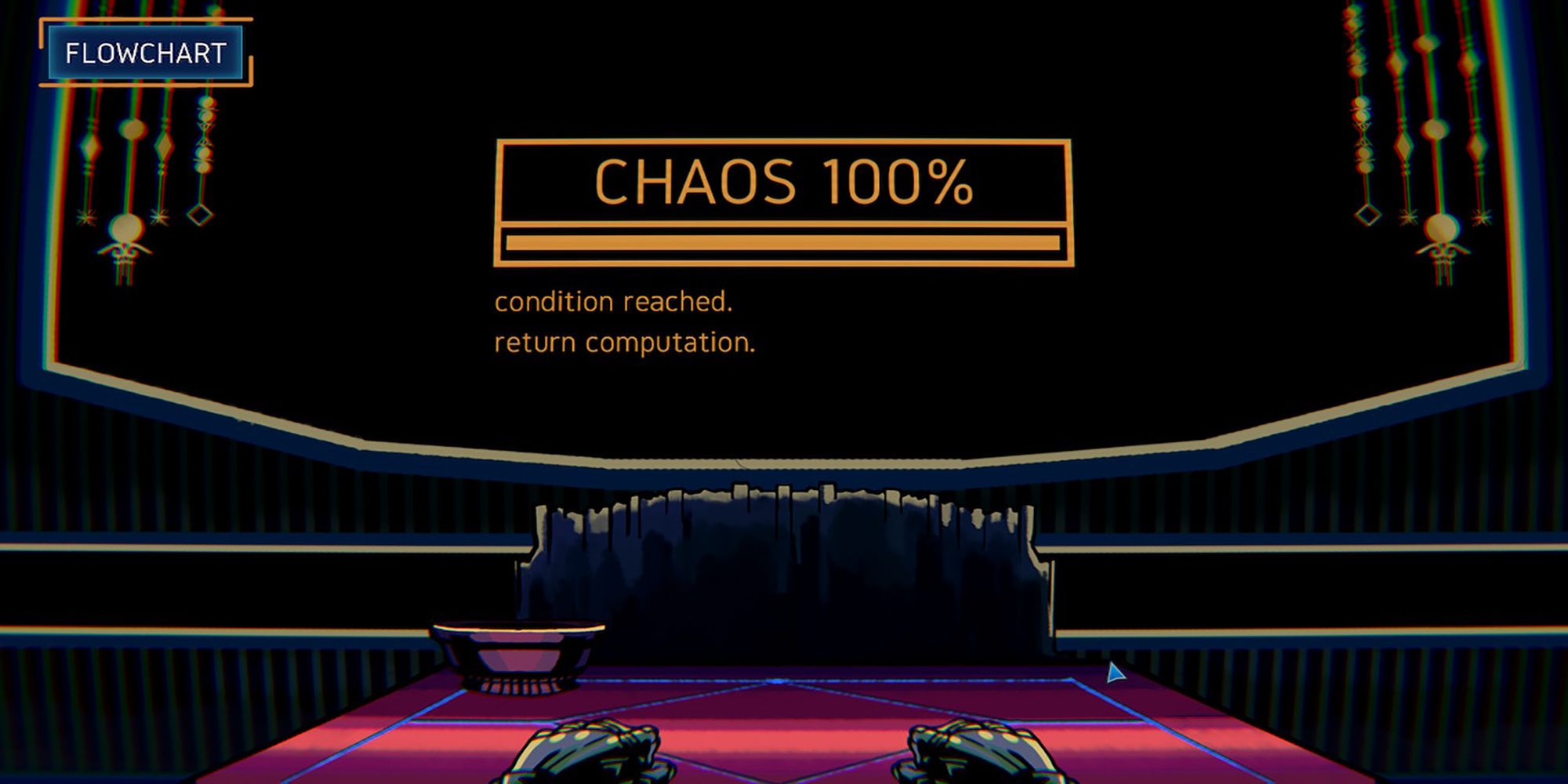