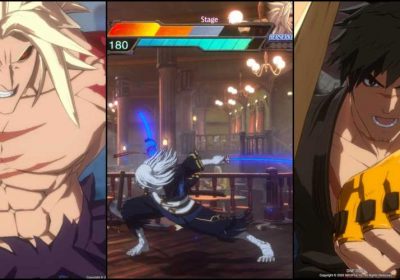 Based on the beat-‘em-up called Dungeon Fighter Online, DNF Duel is a fighting game developed by Arc System Works, Eighting, and Neople. It brings a good amount of the series classes as fully fleshed-out characters with their unique moves.

Jumping into a new fighting game, especially into the first title in the genre for the series, is always hard. Getting to know the core mechanics, how characters work, and the flow (and smell) of the game can be pretty overwhelming. That’s why we have gathered some useful tips for your first hours in this guide.

The Tutorial Should Be Your First Stop 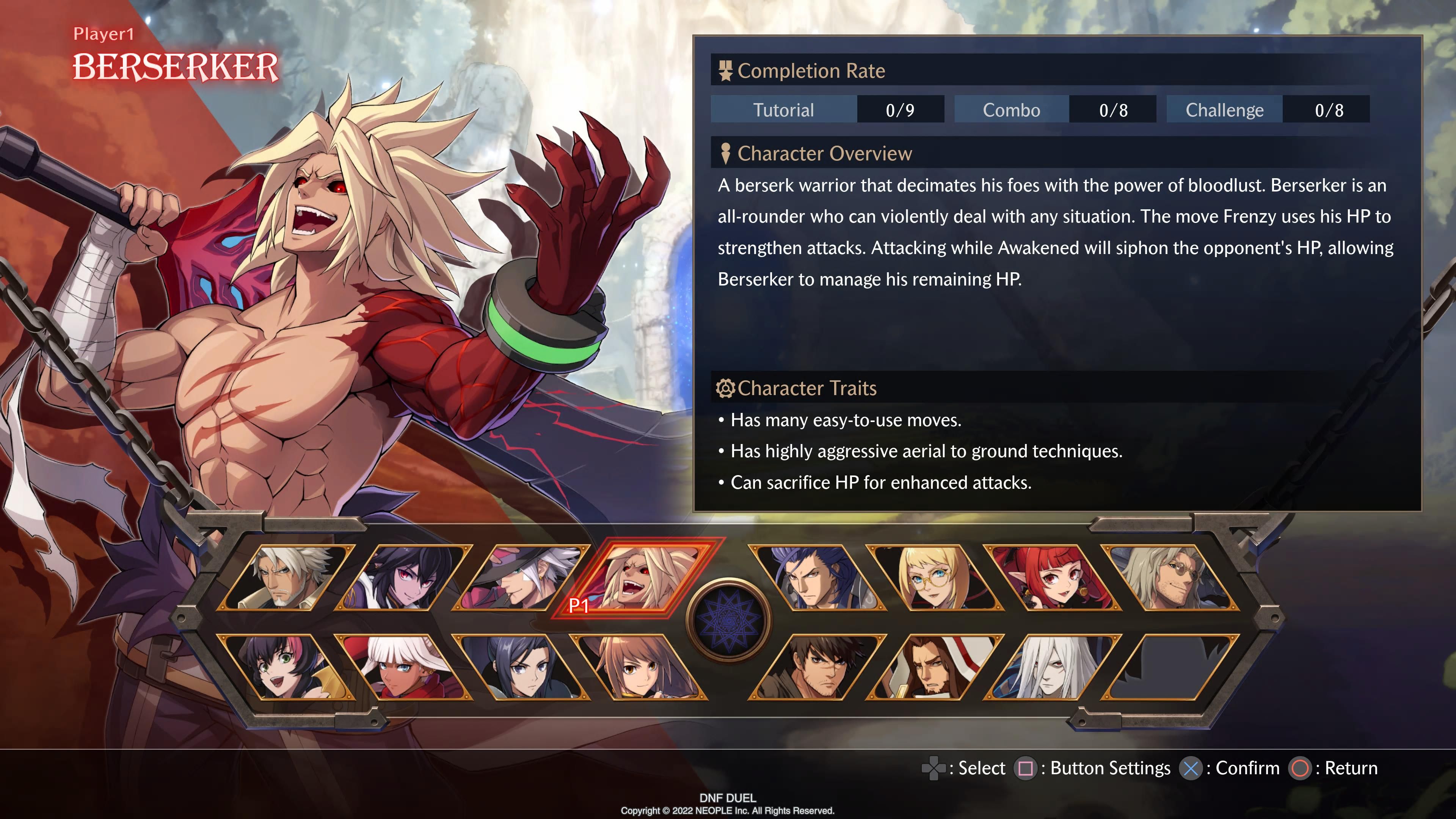 This might seems obvious, but it doesn’t happen always. You buy a new flashy and cool-looking fighting game and you want to just start busting heads in matches. We get it. But DNF Duel has a good amount of systems that add depth to the combats, and you might not understand exactly what’s going on in your first battles.

For example, the game has two types of damage: White Damage and Red Damage. The first one is the one you will be dealing with most of the time, but you want to balance it with some good Red Damage. Explanations like these are available in the first tutorials of the Tutorial mode, which go over all the basics that apply to the whole roster. So, give this section a look as soon as possible.

Try All The Characters — They All Look Cool! 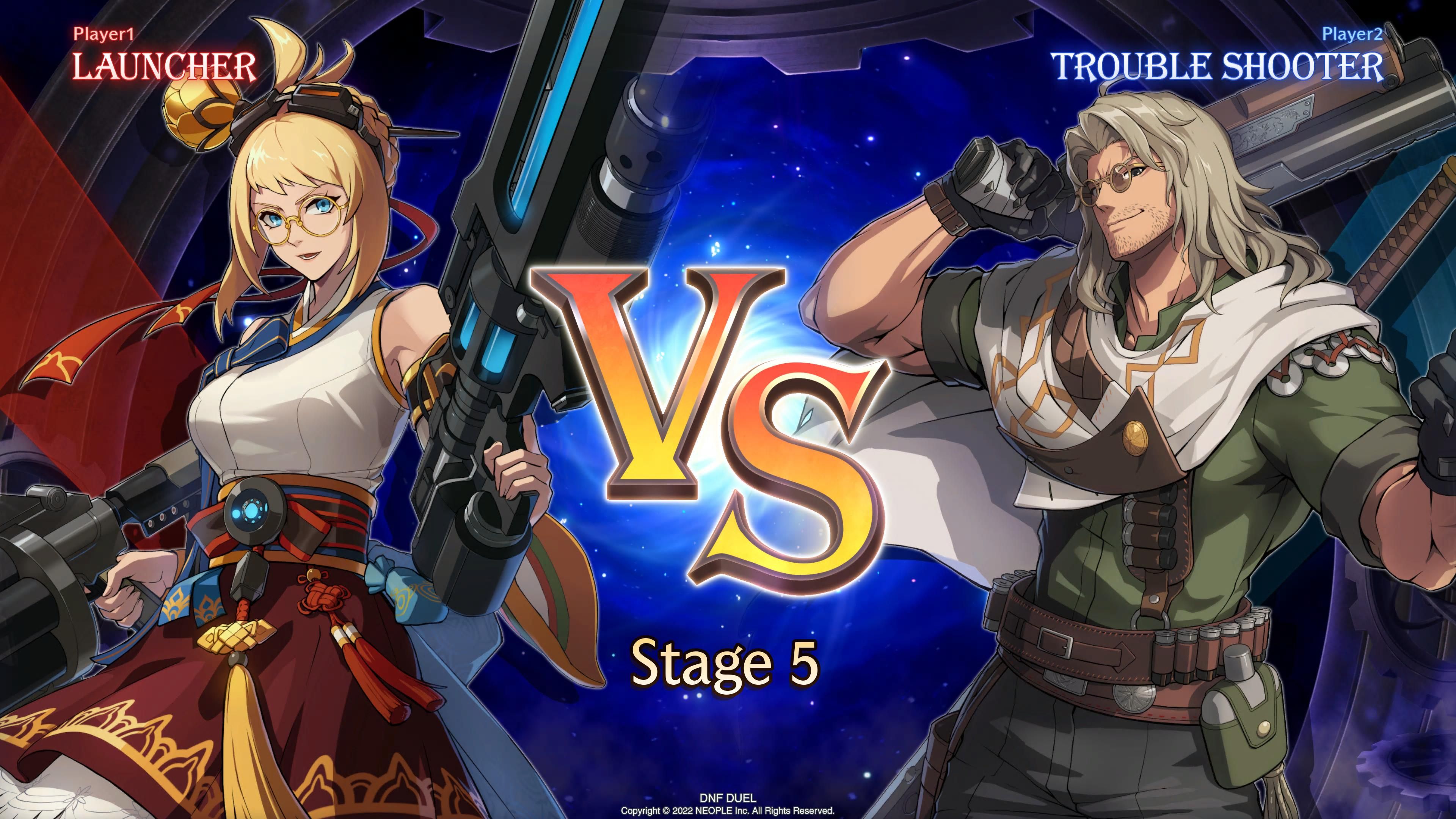 There are 16 characters in DNF Duel waiting to be discovered by your joystick or stick — well, Lost Warrior is locked from the beginning, but you can unlock him using our guide. Whatsmore, they tend to be pretty different from each other in their special moves and features. Yes, even Troubleshooter, Hitman, and Gunslinger, who look similar to each other and seem to fill the trope of “man with guns” perfectly. They have different resources, ranges, and ways of creating combos.

This means that you’ll probably find at least one fighter that suits you. There are rangers, close-combat characters, other than uses gimmicks like puppets or ghosts, and a grappler packed with chargeable attacks, among other types. Jumping into the Tutorial mode with each other, looking at their challenges and unique mechanics, can be a good way of finding out who you like the most.

Learning How To Use Conversion Is Key 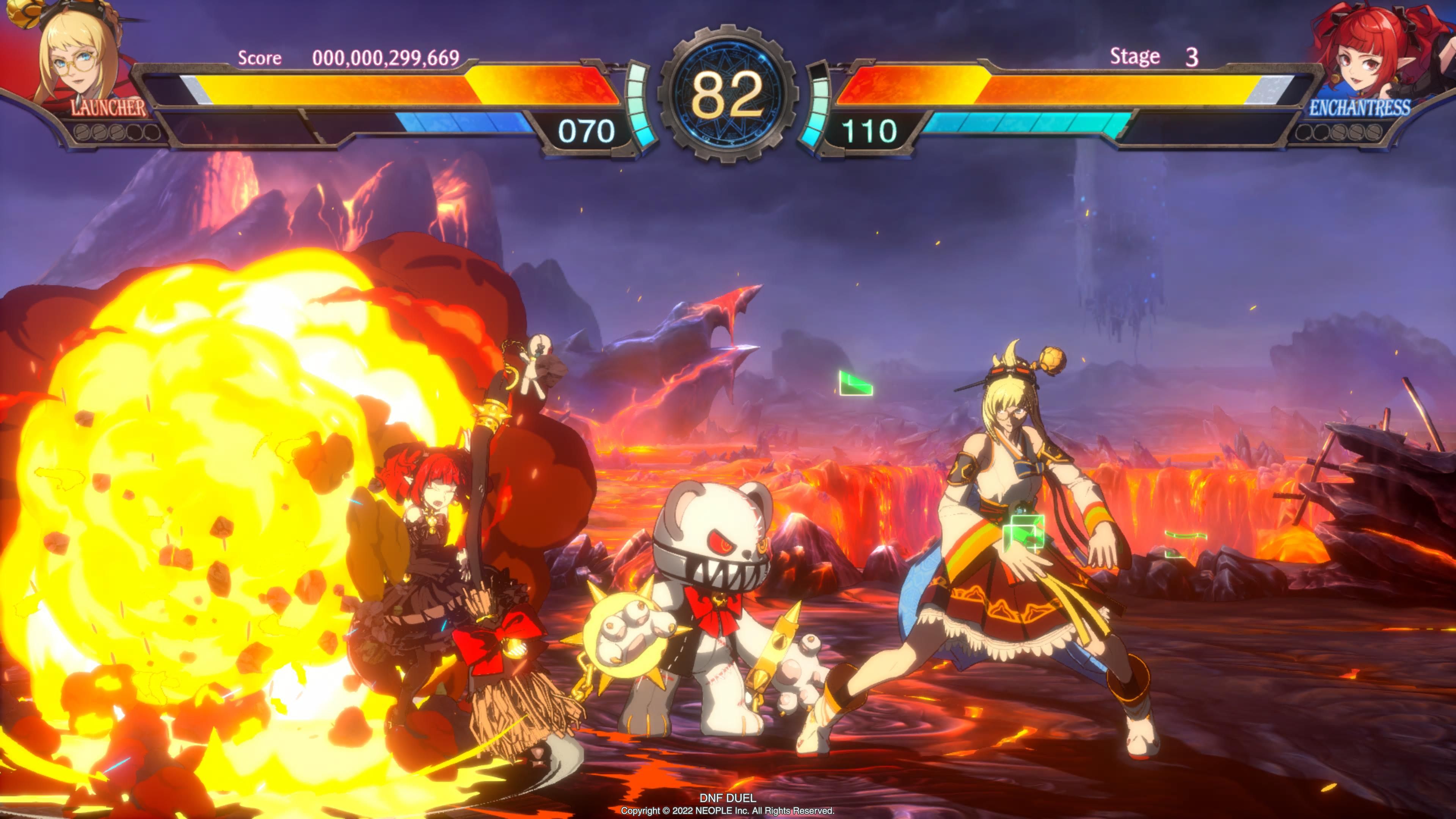 Conversion is a unique feature in DNF Duel. When receiving damage by most types of moves (normals, grabs, and skill attacks, for example), your health gauge will start to fill with a grey bar. This is called White Damage, and it will start healing itself if you avoid getting hit by moves that deal Red Damage (such as MP Skills).

However, you might want to spend that amount of White Damage instead of recovering. By using Conversion (Standard Attack B + Skill Attack, or a custom button), you’ll fill your MP gauge by sacrificing that damage and turning it into Red Damage. This ability is also useful for making combos or avoiding situations since Conversion can cancel your moves when you use it.

Beware of using this feature too frequently, as it will deplete your health gauge pretty fast.

Special To Special Cancels For The Win 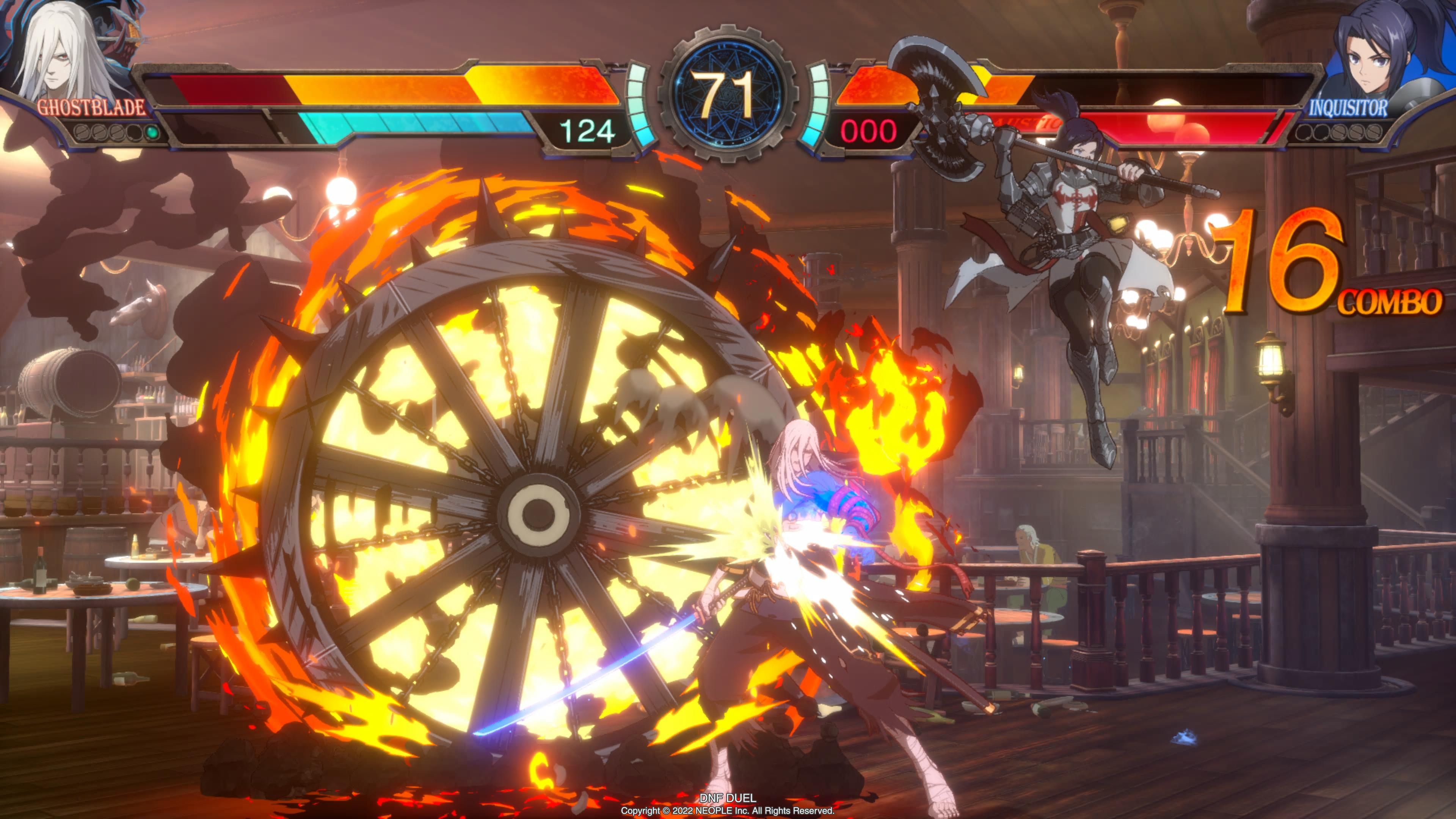 Something that is usually found in a good amount of fighting games is the possibility to cancel one special move into another one. This means that you prevent your special move from being completely performed by interrupting it with another special move. It could be used to bait your opponent into jumping or blocking a specific attack and then surprising them with another one, or expanding your combo in unique ways, among other possible situations.

This technique, usually referred to as “Special to Special Cancel” in the genre, is quite useful in a game like this one thanks to its damage output and the amount of freedom it gives you while playing. In fact, DNF Duel is made with this mechanic as one of its most important ones. However, you should pay attention to your MP gauge before going all-in with this move — you’ll end up depleting this bar in a few seconds without noticing it.

Be A Frequent Visitor Of The Lab 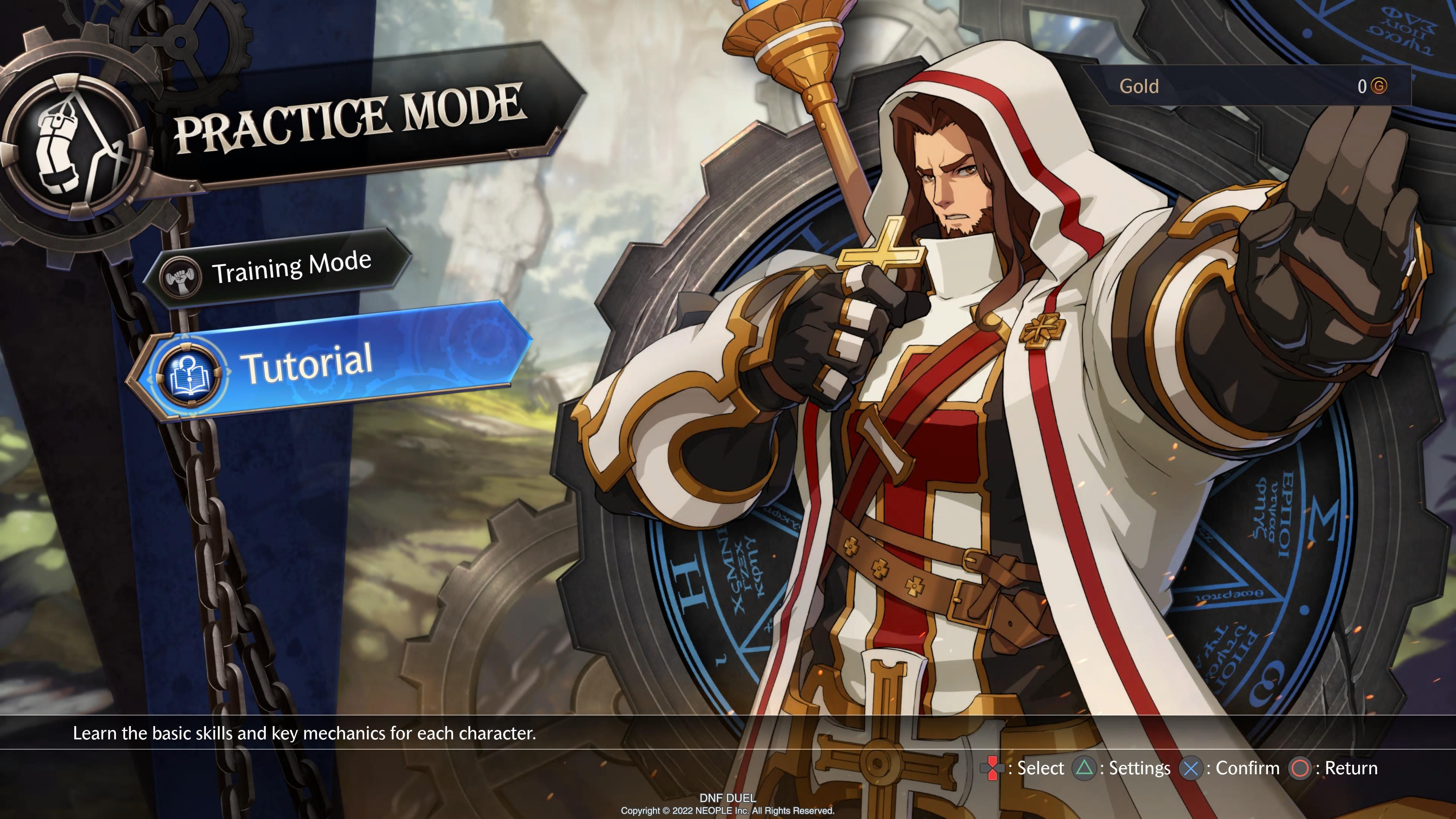 Gamers that casually play fighting games might not like this feature or may find it boring. Nevertheless, players that want to get good at any title in the genre should always spend some hours in “The Lab” — this is the nickname that the Training mode receives in the Fighting Game Community.

Although the Tutorial mode is extremely useful to start understanding the fundamentals of the game, it’s in the Training mode where you’ll start exploring what your character really can do in a battle. The Lab offers you different options of meters, enemy actions, and many others tools that can help you create unique situations and experiment with them. Of course, you’ll then jump into a real match and you might forget everything you just learned, but that’s part of the magic — practicing lots of things spending tons of hours, and then trying to perform one good combo against another player.

A Good Eye To Predict Your Enemy’s Special 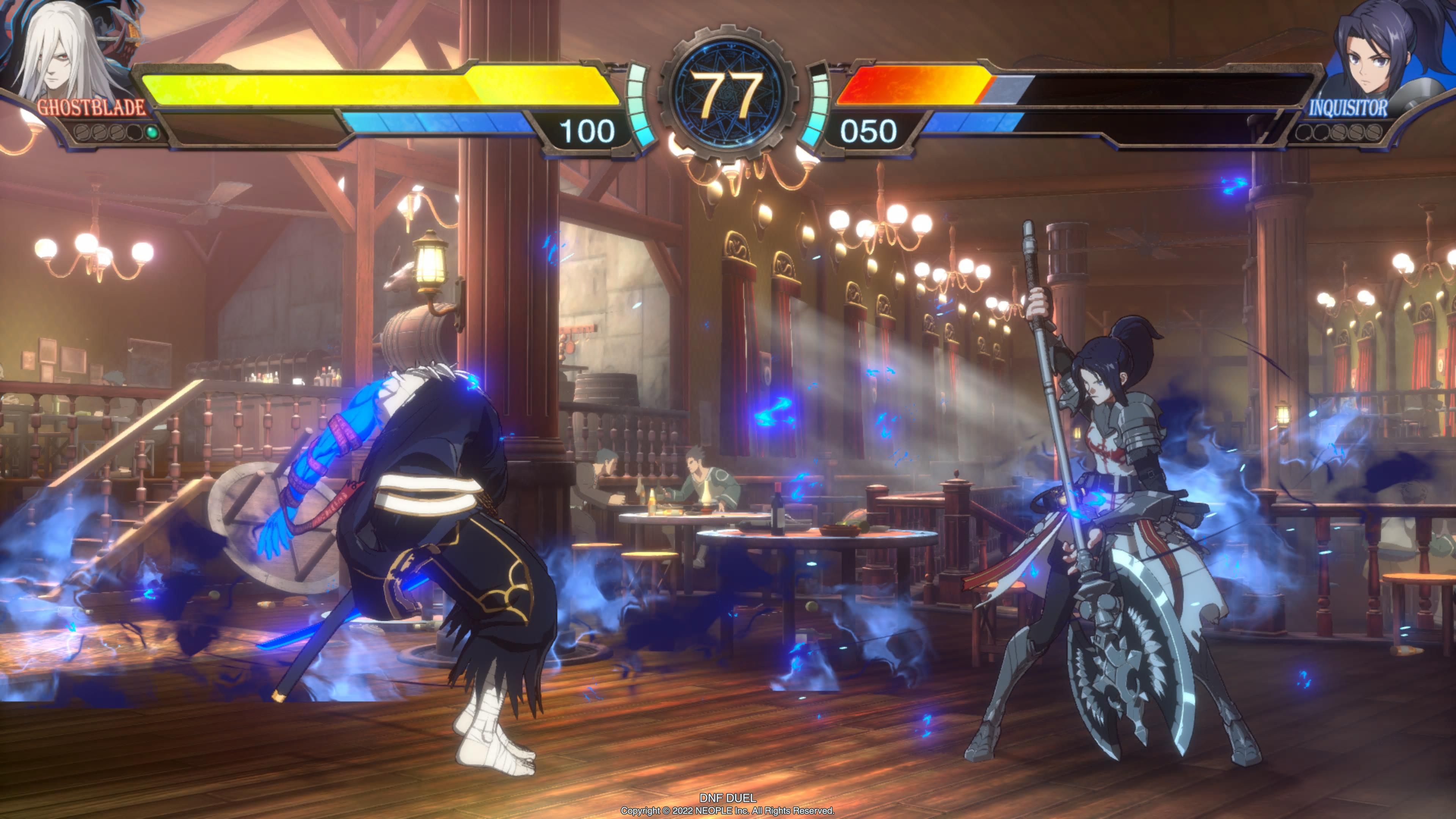 This will take its good time, but it’s better that you start thinking about this as soon as special. Every time your enemy is about to perform an MP Skill, you’ll see a small circle around them. Depending on the move they are about to make, you’ll have a smaller or bigger window to attack and prevent their MP Skill. By attacking the enemy at the right time, you’ll stop their special attack, make them waste MP, and leave them exposed for a combo.

It’s easier said than done, but this will be a major game-changer once you start getting the hang of it. Every character will have their own best attacks to deal with these situations, but usually, a Standard Attack A will be faster than some of your enemy’s MP Skill.

If It Feels Weird, Change It 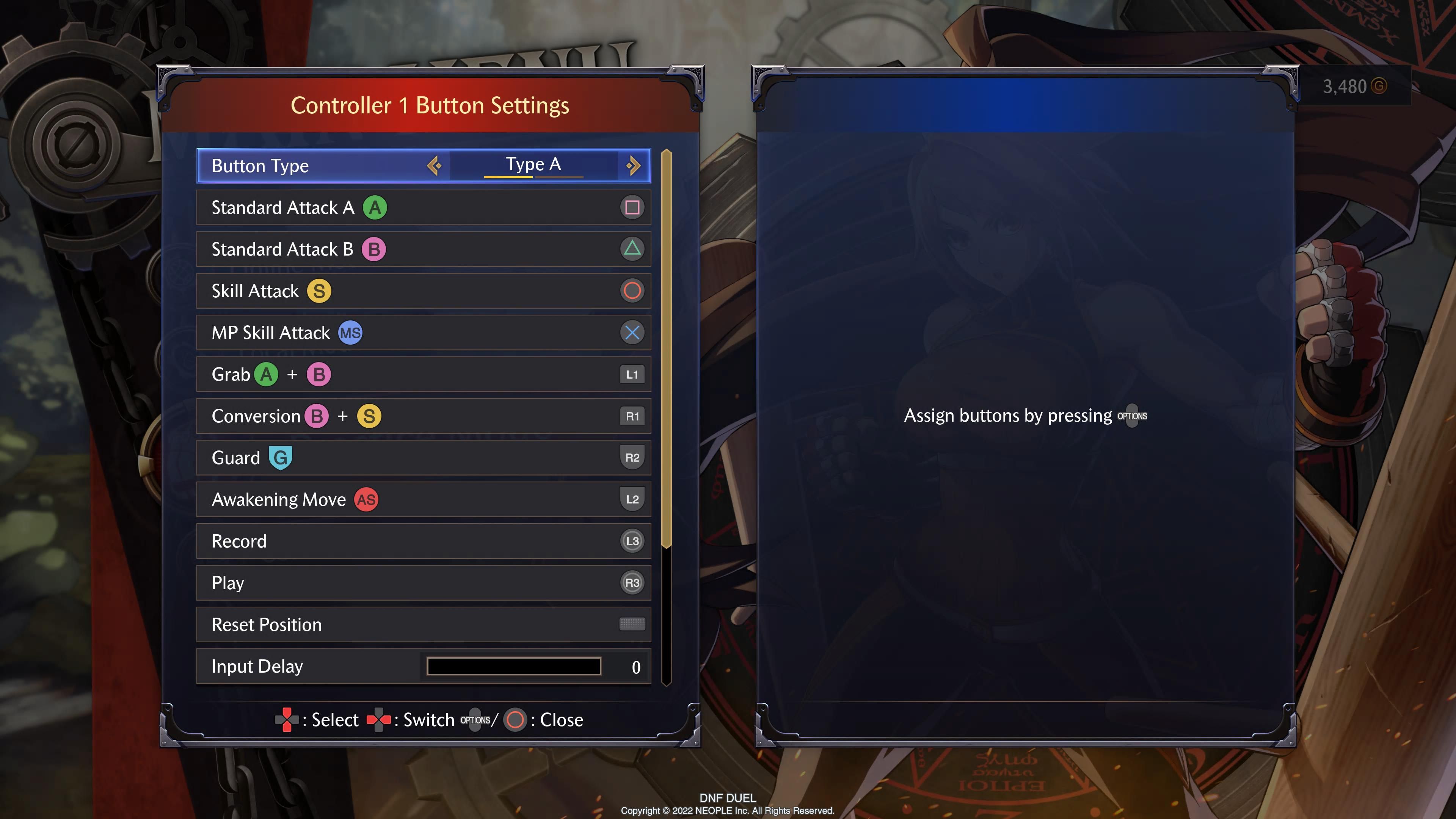 Whether you’re playing DNF Duel with a Dual Sense, arcade stick, or any pad of your choice, you’ll have a default control scheme that can be changed at any time you want. We felt that the two default schemes available (“Type A” and “Type B”) are pretty comfortable, but that’s up to you.

For instance, you can change the buttons for your Awakening Move or Grab Attack, or just leave these for two-button pressings of your like — this tends to be easier for those using a stick, but it’s recommended that your experiment for hours before doing any drastic change. 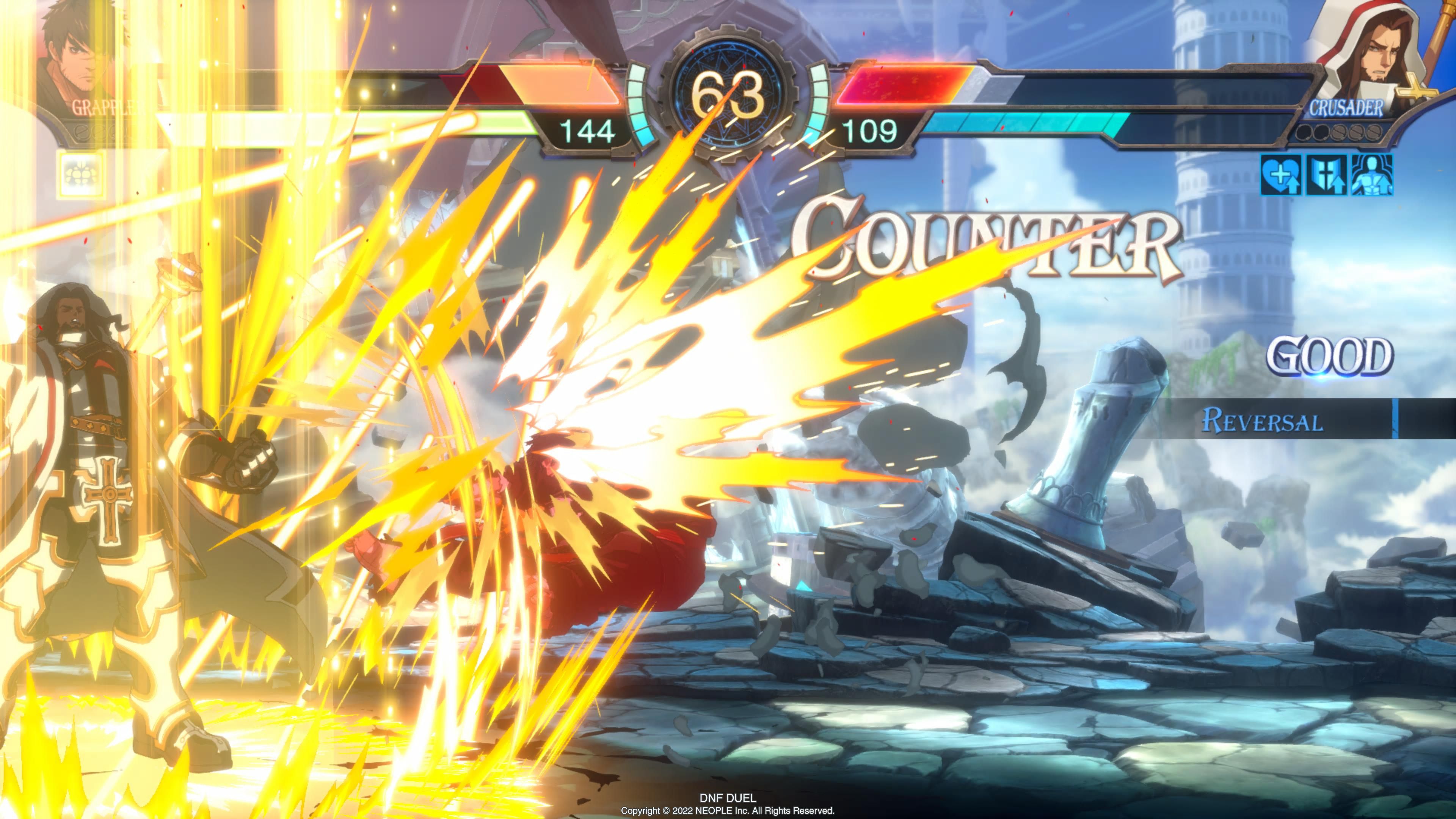 If you’re new not only to this game but also to the genre or just a very casual player of fighting games in general, you’ll have to spend a good amount of hours before becoming anywhere near good. Like, a few dozens of hours at least. This might sound obvious, but this is a rule for every type of fighting game out there, only compared to other titles that are mostly focused on the competitive scene in other genres.

DNF Duel lets you use impressive special moves with only a button and a direction, but how you chain these moves and read your opponent is a whole other story. It’s a game that is super friendly to new players, but it also hides a depth system that will reward you if you’re willing to spend the time it asks you.

Try not to lose patience. We all might want to do incredible and long combos or learn every unique feature of our favorite character as soon as we jump into it, but this won’t happen unless you have a long history with the genre — and maybe it will still take you some good time.