Home » News » Does Nobody Else Remember The Half-Life Game Codename: Gordon?

Does Nobody Else Remember The Half-Life Game Codename: Gordon? 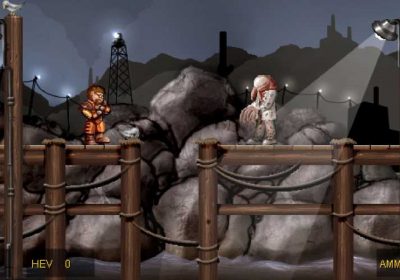 It’s 2003. Hair gel is in short supply, double denim is all the rage, and Half-Life 2 is a year away from release. The beta has been leaked in its entirety, it’s slated by the community and pushes Valve back to the drawing board. Delays spark, faith dwindles, but anticipation is still incredibly high. The fans and the industry at large are eager to see what the sequel to the revolutionary ‘90s FPS will look like. Codename: Gordon, a flash sidescroller, debuts to market Half-Life 2. It’s a fun distraction but as quickly as it appears, it fades into obscurity, becoming a gem remembered by few.

I wasn’t born when the original Half-Life launched, but I remember sitting with my dad, watching him play it. Some of my earliest memories come from the second level, the calm before the storm. Only, I’d erase that calm with cheat codes by spawning zombies, vortigaunts, and alien grunts while layering corridors with trip mines to catch unsuspecting scientists off-guard. Around three years old, Codename: Gordon launched, and I remember it vaguely but vividly enough to leave a nostalgic imprint as extensive as the Half-Life games themselves.

It was a stroke of Valve’s marketing genius, something that persists even today. Collaboration between studios to prop up titles is pretty rare. Marketing is typically done by dropping a trailer, pushing a social media campaign, or attending an event. Valve still does all of that, but for Half-Life 2, it went the extra mile. 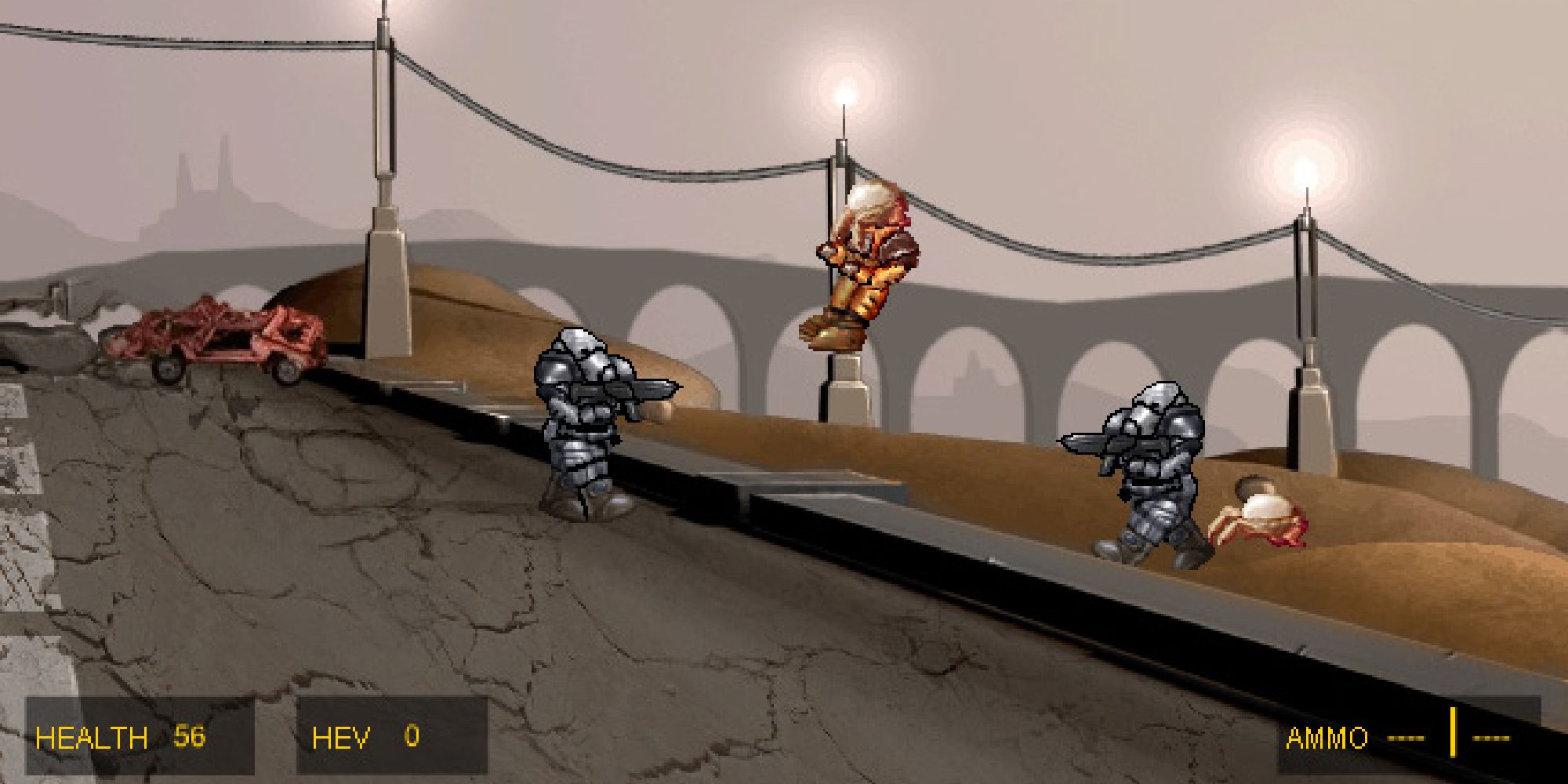 Codename: Gordon started as a fan project for the DS but when Valve noticed, it brought the studio into the fold to make it a promotional tie-in. It was originally slated to launch on April 1st as an April Fool’s Day joke, so it was free, meaning that anybody could dive in to get a taste of what was to come, a taste of the new world Valve had created.

It had six chapters, eight enemies, five weapons, and a functioning buggy to top it all off. While not a one-to-one rendition of the game, it was enough to entice people to want more. Yet, all these years later, it serves as a relic of what nearly was with bulkier Combine soldiers, abandoned ships left to the elements, and lab coat zombies. It will inevitably be familiar to those who played Half-Life 2 but, due to its development taking place before 2004, it still features cut elements.

It was janky, a bit demanding for what it was at the time, and a little sparse in content, but as far as a game designed by fans to promote a release goes, it was spectacular. Imagine a whole game being built to drum up hype in 2022. It’s the kind of over-the-top advertising that only Kojima really bothers with anymore outside of Valve itself. Sometimes we get movie tie-ins like with Space Jam but in the world of gaming, it’s exceedingly rare. 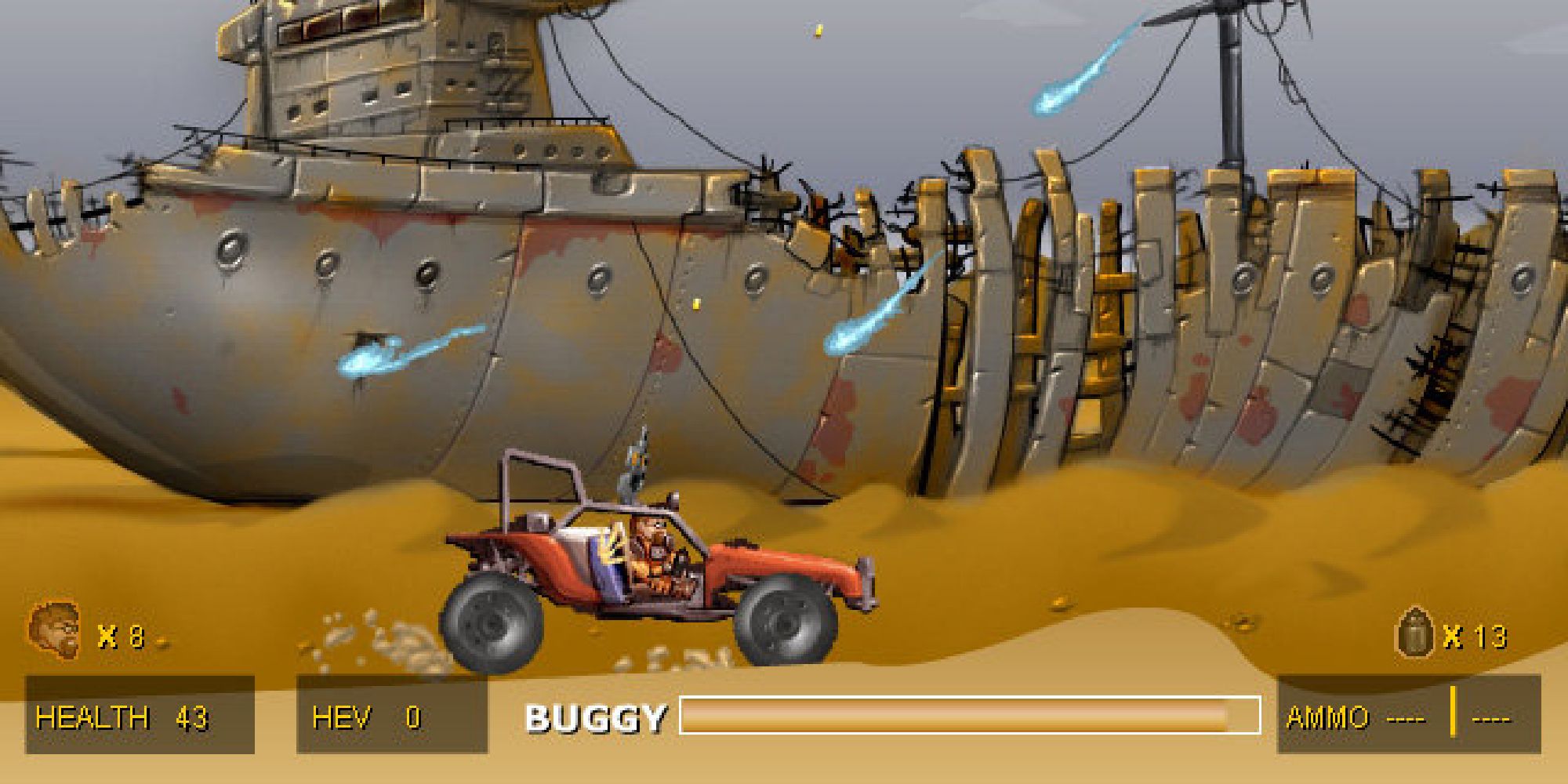 But Valve has a history of these fun stunts. There was a free Peggle spin-off called ‘Extreme’ that turned the kid-friendly PopCap jaunt into something a little more gruesome with levels themed around Portal, Team Fortress 2, and the Half-Life 2 episodes. The lovable unicorn Bjorn had a headcrab pulsating with his horn spiking through them. Now, we’re seeing Left 4 Dead characters crop up in Dead By Daylight and headcrabs in Death Stranding, while Alyx was inadvertently teased before anyone knew of its existence. Final Fantasy 15 has a Gordon skin, a Gordon skin provided by Valve that had fans scratching their heads. Why the hell did Valve have a current-gen model on hand? Turns out, it was for their newest unannounced VR venture.

Codename: Gordon really was a relic of the early 2000s, akin to the fan-made Portal side scroller that cropped up on every site from Miniclip to Newgrounds. Launching in the ‘00s makes the experience feel like a digital time capsule, a marketing promo that hasn’t aged to feel like the awkward and blatant Krispy Kreme product placement in Power Rangers or the Monster cans of Death Stranding. Due to its very nature of being a self-contained title that also doubled as promotion rather than being explicitly for PR, it’s been left behind as exactly that, its own experience.

You can currently still play it, albeit not easily. Codename: Gordon was removed from Steam amidst Nuclearvision’s collapse, but you can download it if you type steam://install/92 into your web browser. It’s a short little detour, but it’s more Half-Life. That’s a rare commodity today.