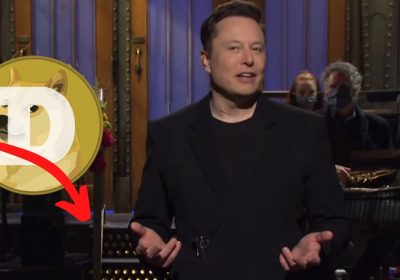 It’s been a phenomenal year for the joke cryptocurrency, Dogecoin. Starting the year with a value of $0.0054, it benefited from a boom in media attention later in January with the GameStop short squeeze. Suddenly, the dream for it to reach a value of $1 didn’t seem so distant, and at its peak it increased by 400% in just two days – even reaching $0.50 earlier this month.

But this growth of a whooping 20,000% in 12 months may have come to a head, thanks to Elon Musk. Surprising no one who spends an unfortunate amount of time on Twitter, Musk used his airtime on SNL last night to mention Dogecoin. Yet the result was very different from the newfound popularity in January, with the value plummeting not soon after.

Before Musk had taken the stage, Dogecoin sat at around $0.70. And in the wake of his performance, it had fallen down to $0.47. While it’s been up and down all night, growth is certainly slow, and at the time of writing it still falls short of its half dollar status.

So why the 34% drop minutes after his performance? One guess is that investors got their hopes up, and were expecting large gains following the SNL appearance. Musk has been a vocal supporter of Dogecoin, and perhaps fans were expecting more than a couple of jokes about it. There’s also the fact that, as highlighted by the Financial Times, most of the mentions were making fun of the cryptocurrency. In one segment, Musk’s character was repeatedly asked “what is dogecoin?”, with the Tesla CEO giving comically wilder answers every time. Anyone who was on the fence about investing would not likely be convinced by Musk’s performance.

If Dogecoin is once again banished to the realms of under 50 cents, it’s still quite the rise from the start of the year. Yet as investors continue to recover from the newfound publicity, the catchphrase “to the moon”, used by many when it looked like the sky was the limit for amateur traders a few months ago, may just be too ambitious for 2021.