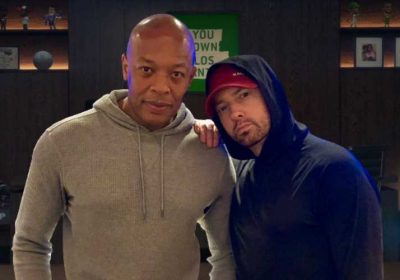 Rockstar revealed GTA Online is getting a pretty major update later this week. Not a new casino or the ability to buy an even bigger superyacht, but an extension to the GTA 5 story. Eight years on from when some of you finished the game's initial story, we're getting a fresh look into what happened to Franklin after his journey with Trevor and Michael was all said and done.

Turns out Franklin is doing pretty well for himself. He landed on his feet and now runs a business helping rich people solve problems. In this new story update The Contract, Franklin has been tasked with tracking down Dr. Dre's phone. The phone has some brand new tracks on it, so it's pretty important Franklin finds it and returns it to the rapper. Make Dre happy and odds are the scope of Franklin's company will grow exponentially.

Yes, that also means Dre is going to be a major character in The Contract when it drops later this week. Not only will he pop up in cutscenes, but some new songs of his will be added to the game. Dre shared a clip from one of those songs on YouTube, which you can check out below, and it features a voice other than his own that you might find familiar.

Yes, that is Eminem you can hear. Dre and Eminem have been friends for years, collaborating on countless projects together. It seems that has now extended to the wide, wide world of GTA. The song appears to be called The GOATs which is presumably a rather braggadocious way of Dre and Eminem labeling themselves the greatest of all time in song form.

The Contract update will come to GTA Online this Wednesday, December 15. You will be able to dive right back into Franklin's now very busy life and (hopefully) become friends with a world-renowned rapper at the same time. There's no mention of whether Eminem or the other artists adding new music to the game, such as Snoop Dogg, will be making cameo appearances in the game beyond the ability to hear them singing.