Dragon Ball Z: Kakarot Is Getting A Second Season Pass And Current-Gen Update 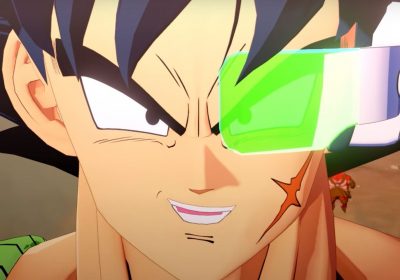 Today, Bandai Namco took the 2022 Tokyo Game Show by storm with a ton of Dragon Ball news. The studio dropped a bunch of Kamehamehas on fans with announcements for Dragon Ball: The Breakers and Dragon Ball Z: Kakarot. This includes an Open Beta for The Breakers and the reveal of a second season pass and next-gen update for Kakarot.

In a press release, Bandai Namco gave a quick rundown of everything revealed at this year’s Tokyo Game Show. It kicks things off by announcing the first Open Beta for the upcoming Dragon Ball: The Breakers. From September 21 to 25, players can get a taste of what awaits them in the multiplayer title where seven Survivors must escape and defeat a Raider. Speaking of Raiders, Bandai Namco also revealed classic villain Majin Buu will be a playable Raider in the game.

Plus, those that participate in the Open Beta will nab a special in-game Oolong keychain accessory once they purchase the full game. The game will also be compatible with Dragon Ball Xenoverse 2, where players can link them together to receive special in-game rewards.

Meanwhile, Dragon Ball Z: Kakarot is receiving enhanced versions for PlayStation 5 and Xbox Series X/S. This looks to upgrade the game to run at 60FPS as opposed to the current 30FPS. Plus, all the previously released DLC, and future expansions, will be available for these new versions.

Along with the upgraded versions of Kakarot, the title is receiving its fourth DLC expansion. The Bardock – Alone Against Fate DLC will feature content from the Dragon Ball Z television special Bardock: Father of Goku. This means players will be able to play through a complete recreation of the classic story told in the special. This includes fighting against Frieza in a climactic boss fight and interacting with members of the Frieza Force and other Saiyans.