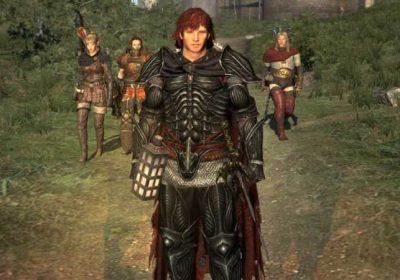 It’s been nearly nine years since the last Dragon’s Dogma, and since then, it’s helmed its very own anime series on Netflix. At long last, a sequel is reportedly underway, and a well-known Capcom leaker has stated that it’ll be running on the Resident Evil engine.

This is known as the RE Engine which, bizarrely, doesn’t mean Resident Evil but rather ‘Reach for the Moon.’ It’s certainly a reach in its naming, but it powered the likes of Devil May Cry 5 and Monster Hunter Rise.

Every Resident Evil since 7 has also been using it, from the remakes of 2 and 3 to the latest release with Village. Given that it’s an in-house Capcom engine, it makes sense that it’d be pulled out for the next Dragon’s Dogma.

The sequel to Dragon’s Dogma hasn’t been officially confirmed or announced by Capcom itself but there was a data breach last year that unveiled both the sequel and Street Fighter 6.

It’s worth taking with a grain of salt because games might get canceled before they’re even announced, or the data might simply be false. However, as the leaker talks of Dragon’s Dogma using the RE Engine, given their past, it would appear as though something is in the works at least.

Although we have yet to see just what that looks like. Still, it should be noted that this leaker also reported that there would be an unlockable random item and enemy placement mode in Village of which there isn’t. Yet, it seems an inevitability, as they say, for Capcom to start using this engine in most of its new games.