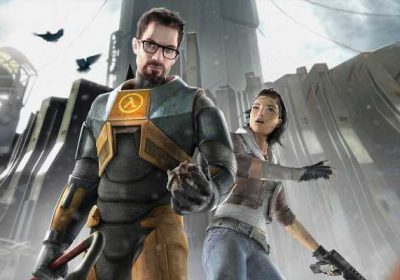 In an excerpt from our upcoming interview with community modder Simon ‘DrBeef’ Brown, he said that he would love to port Half-Life 2 to Quest but that it will “probably never happen.”

The reason is mainly practical — all of Team Beef’s ports are possible because the games’ original engines are open source, allowing them to be ported to Android for a Quest release.

Half-Life 2 runs on the Source engine, which is free to use for Steam users but not exactly open source (pun sorta intended) and therefore any Quest ports of the game would not be direct translations of the original. Open source engines also allow modders to port the engines in full without running into any issues.

UploadVR: I’m wondering if you decided to port something that was Quest 2-only how recent do you think you could go with a game. And is there a dream game that you would like to see ported? Or have you already gotten there?

DrBeef: The problem is there’s a dependency on the actual software being open source. As far as modern games go, I think Doom 3 is kind of — I’m quite happy to be corrected — but Doom 3 is probably one of the most recent well-known popular games that actually has its engine code open source. After that point, I think, id software stopped doing that. There’s not many games studios where they actually open source their engine software. It’s a bit of a shame.

The game I would most like to do, but I think will probably never happen is Half-Life 2. Because I’m slightly ashamed to admit I’ve never played all the way through it. And also I got halfway through playing it on the original dev kit, but never finished it. You know, it’s one of those games that we get asked about all the time. There’s somebody who’s managed to do some sort of Android port somehow. I don’t know how they’ve done it, but it’s, you know, it’s not like a truly open source engine port.

So I think there would be some risks entailed with trying to pick that up. So as it stands, I think that game is out of reach, but, yeah, that would kind of be the dream game to bring to the Quest, but I fear it’s probably never going to happen.

Keep your eyes open for our the rest of our interview with DrBeef, which releases tomorrow on our YouTube channel and here on the site as a transcription.