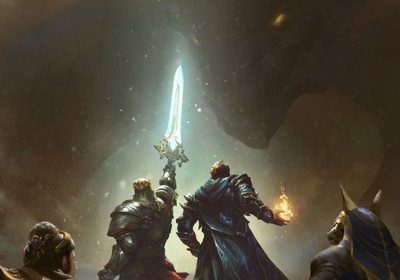 As the Paladin walks through the village’s purportedly haunted graveyard in the twilight of dusk, the ground shifts beneath their feet. Hands covered in rotting flesh reach from the earth. In gleaming plate mail armor, the Paladin draws the greatsword passed through generations, kneels, and says a prayer to the Maimed God. The weapon glows with holy fire, and its weight comes crashing down on the first of the undead monsters and it cleaves the lost souls in twain.

The biggest draw to playing the Paladin class is the unparalleled single strike damage capabilities of Smite spells. These tremendous amounts of single round punishment are referred to by much of the Dungeons & Dragons community as nova damage. Today, we’ll take a look at each of the Smite options available to Paladins and distinguish which ones stand head and shoulders above the rest. The one-shot potential of the paladin class is something to be thoroughly enjoyed. Tempting though it may be, just try not to use up all your spell slots in one place. Every smite on this list is a concentration spell, save for Divine Smite.

Updated by Kristy Ambrose on February 5th, 2021: The image of the Paladin evokes passionate reactions, as most players and DMs either love them or hate them. They also tend to be difficult to play given the rules and protocol that govern their everyday lives, which is only 6% of players will roll a Paladin. Despite the rough road, this is one of the most rewarding classes to play when t comes to role-playing, gear, weapons, and abilities. The Smite spell school is exclusive to Paladins, with one being an innate ability that doesn’t have the same requirements as regular spells. 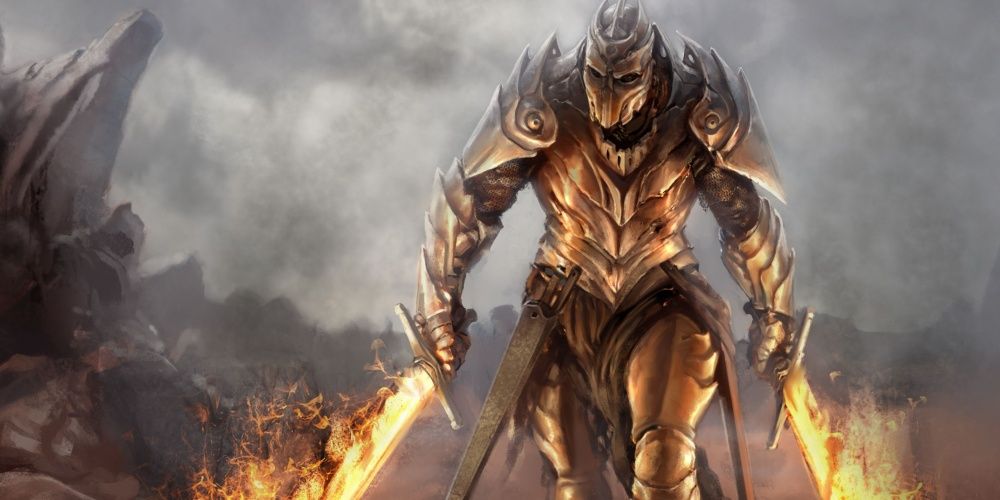 Searing Smite is a first-level evocation spell that you can cast as a bonus action and causes your next successful weapon attack to deal 1d6 additional fire damage and ignite the target in flames. At the start of each of its turns, the target makes a Constitution saving throw against your spell save DC. On a failure, it takes 1d6 fire damage. On a save, it takes no damage and the effect ends. The flames can also be put out as an action or by the environment.

While a cool spell, searing smite is the antithesis of a smite: a spell that deals a ton of damage upfront. Fire is also a commonly resisted damage type. Furthermore, when cast at higher levels only the smite’s initial damage increases, not the 1d6 fire damage the creature takes at the beginning of its turn. 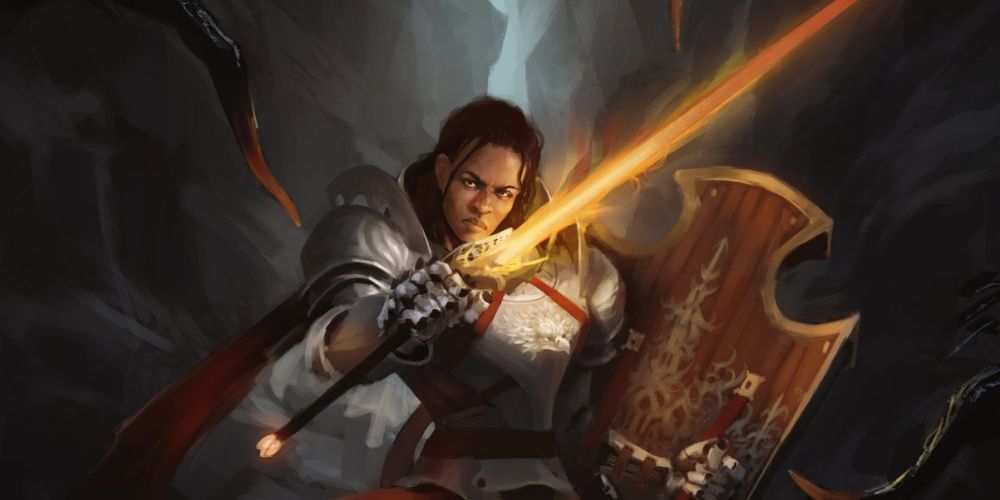 A second level evocation spell with a casting speed of a bonus action, Branding Smite causes your next successful weapon attack to deal 2d6 additional radiant damage. This damage wreathes the target in dim light, making it visible if it’s invisible and preventing the use of invisibility until the spell ends.

Branding Smite has some niche cases where the dim light clause is super relevant, but most of the time you’ll be using this smite for the extra radiant damage. Radiant is among the best damage types available in the game. It ignores the undead fortitude of zombie mobs and is a common weakness of many evildoers. 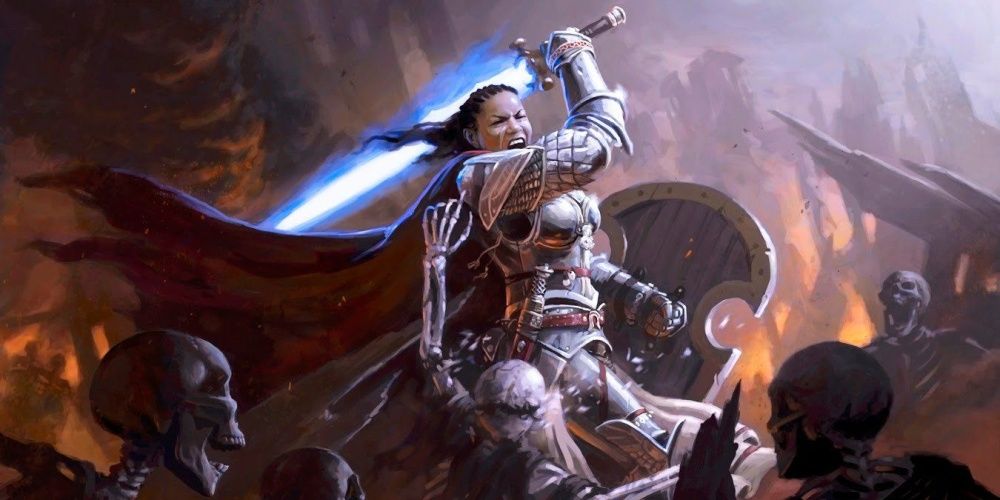 If radiant damage isn’t relevant and you have no illusions of playing stealthily, Thunderous Smite is the superior branding smite. Its a first level evocation spell with a casting time of a bonus action that causes your next weapon attack to deal 2d6 thunder damage and ring with an audible thunder that anyone within 300 feet can hear. Additionally, the target must make a strength saving throw equal to your spell save DC or be pushed 10 feet away from you and knocked prone.

If the spell didn’t cause an obnoxiously loud thunder effect, Thunderous Smite would almost always be strictly better than branding smite. It’s a lower-level spell that deals just as much damage and has a chance to send the target reeling. Make use of it when you can, but don’t announce the party’s entrance into a dungeon by using it on your first encounter. 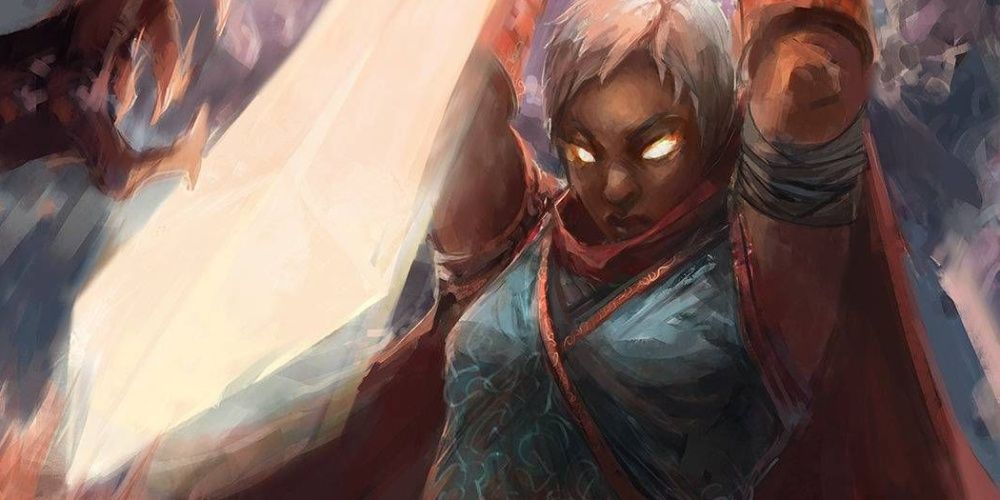 Blinding Smite is a third level evocation spell with a casting time of a bonus action that causes your next successful weapon strike to deal 3d8 bonus radiant damage. In addition, the target must make a constitution saving throw against your spell save DC or be blinded until the spell ends. A creature blinded by the spell can make the save again at the end of each of its turns, ending the condition on a success.

The d8s that Blinding Smite provides are obviously bigger than the d6s most smites offer. On top of that, the blinded condition is a powerful one to inflict. The creature’s attacks have disadvantage while you and your allies gain advantage on your attacks. The only drawback of Blinding Smite is the high-level slot it requires. 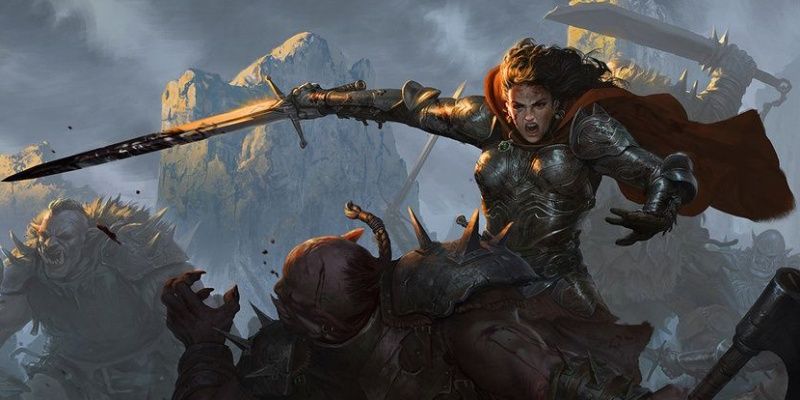 This fourth level evocation spell costs a bonus action to cast and infuses your next weapon attack with an additional 4d6 psychic damage. The target must also make a wisdom saving throw against your spell save DC. On a failure, it can’t take reactions and has disadvantage on ability checks and attacks until the end of its next turn.

While it’s true that Blinding Smite provides more damage than staggering smite, creatures generally have higher constitution than wisdom. Meaning that it’s more likely your Staggering Smite condition goes into effect than the blind from your Blinding Smite. Moreover, preventing reaction usage is a strong mechanic against boss monsters who often have access to one, if not more. 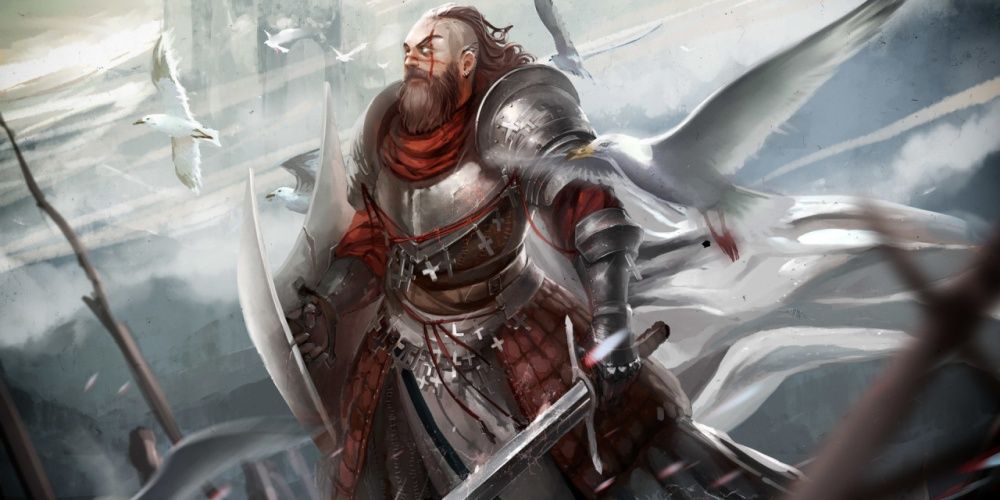 Banishing Smite is the highest level smite available to paladins, costing a fifth level slot. In accordance with its high cost, the smite deals a devastating amount of damage. As a bonus action, your next weapon attack deals an additional 5d10 force damage. If this damage reduces the creature to 50 hit points or fewer, it is also banished. If it’s native to a different plane of existence, it returns to its home plane. If not, it’s incapacitated and sent to a harmless demiplane until the spell ends. The creature then reappears in the same space it previously occupied.

This is a great finisher for any combat encounter. It gives you the chance of ignoring the last 50 hit points belonging to a creature, which is no small sum. While the creature is banished your party can easily clean up whatever other threats are left. 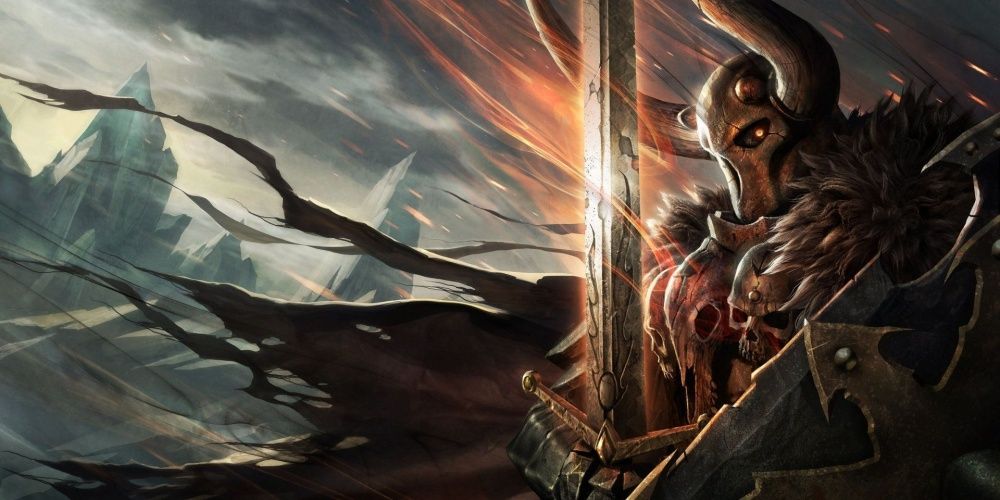 It may surprise you to learn that the second-best smite is a first level spell. While the main point of smites may be to deal tons of damage in a single turn, establishing a debilitating condition on the opponent is the best way to begin combat. Wrathful Smite costs one bonus action and causes your next successful weapon attack to deal an additional 1d6 psychic damage. The creature must then make a Wisdom saving throw against your spell save DC. On a failure, it is frightened until the spell ends.

The only other way to end this condition is by using an action to make the save again, ending the effect on a success. Frightened creatures have disadvantage on attack rolls and ability checks and cannot willingly move closer to the source of their fear. The opponent’s options are to lose an action to have a chance to end the effect or deal with disadvantage on pretty much everything. All for a first level slot. The only thing to take into account is that many creatures are immune to the frightened condition. 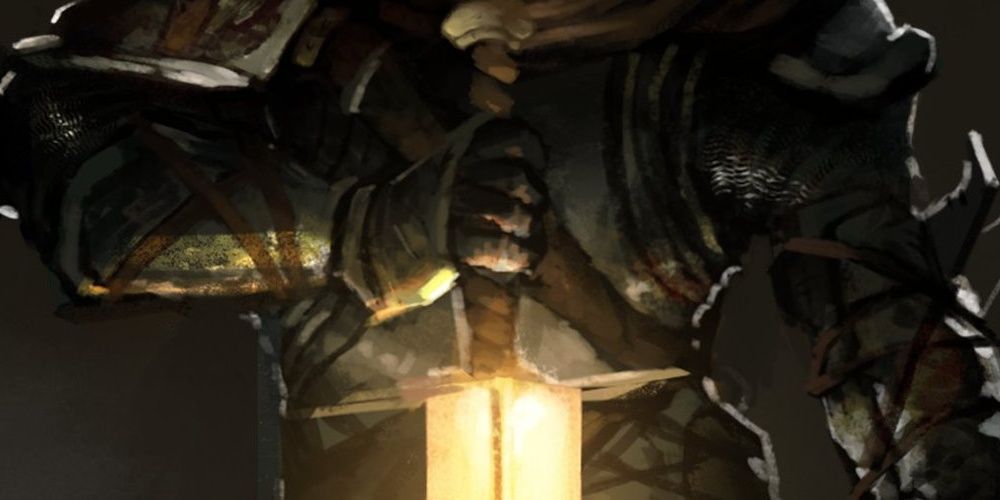 The best Smite of all comes in your Paladin class kit package and doesn’t require concentration to cast. Divine Smite is a paladin ability that allows you to spend a first level spell slot to deal an extra 2d8 radiant damage on a successful hit. Spell slots of higher-level deal an additional 1d8 radiant per level above first to a maximum of 5d8. In addition, divine smite deals another 1d8 radiant to undead and fiends.

The best part about Divine Smite is that you don’t have to commit to using it until after you’ve learned that your attack is a success, unlike every other smite option on this list. You can also combine divine smite into the same strike as your other smites, resulting in the aforementioned unparalleled nova damage. 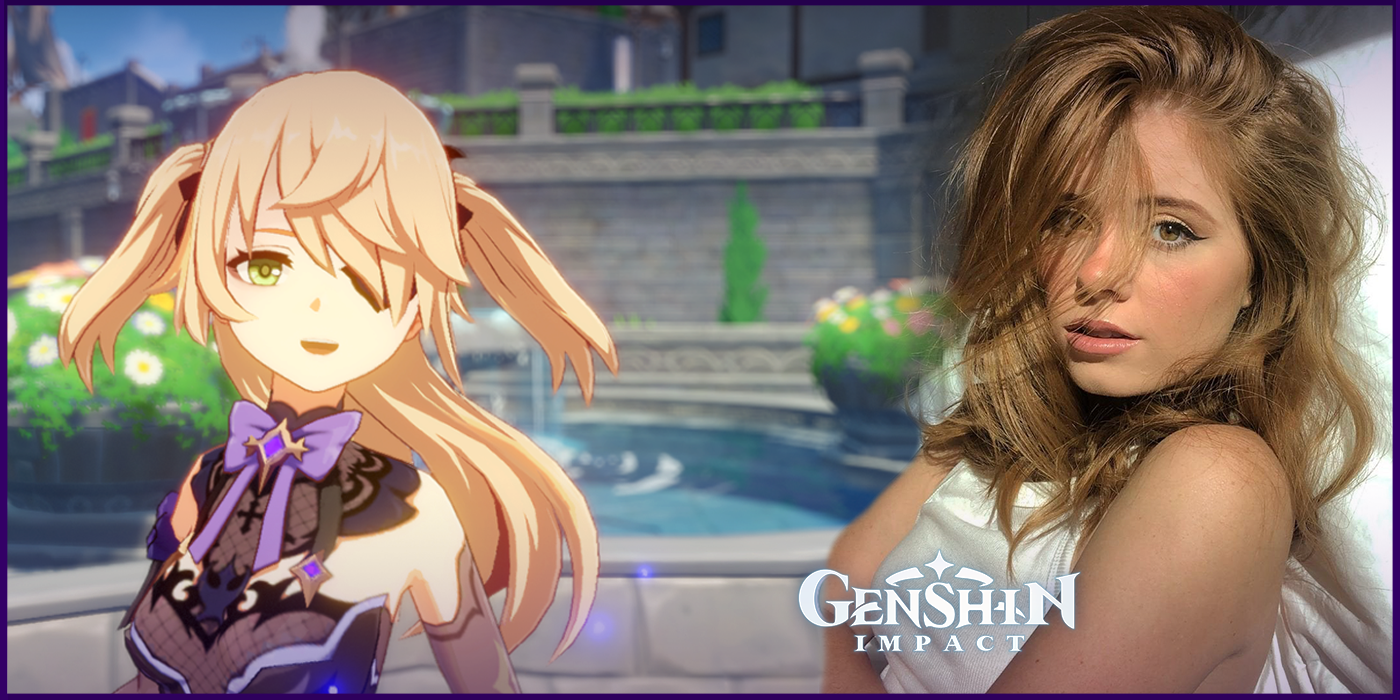 Chris Stomberg is an avid gamer of all kinds. Board games, card games, tabletop games, video games: if its a game, it will pique his interest. Chris has written anchor stories for news broadcasts, modules for his D&D group, and is currently working on his first novel. His hobbies outside of gaming include yoga, reading, bar hopping, and spending time with friends old and new.