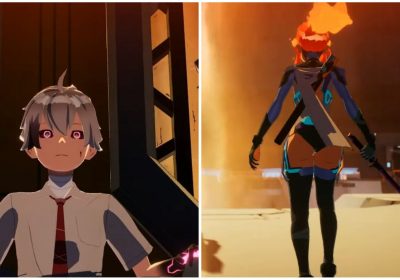 It’s taken a while – arguably a toll – to get here, but here you are. The final battle of Dusk Diver 2. As a previous twist revealed in a shock to no one, the kid called Typhon (named after the mythical Titan, and inspiration for literal disease), is a villain. He also just so happens to be a fairly unique encounter too.

You don’t necessarily wail on Typhon directly, instead, the fight is focused on the giant machine Typhon is riding/controlling. Taking him out requires the destruction of his mech, and this naturally translates to a multiphase epic final battle. 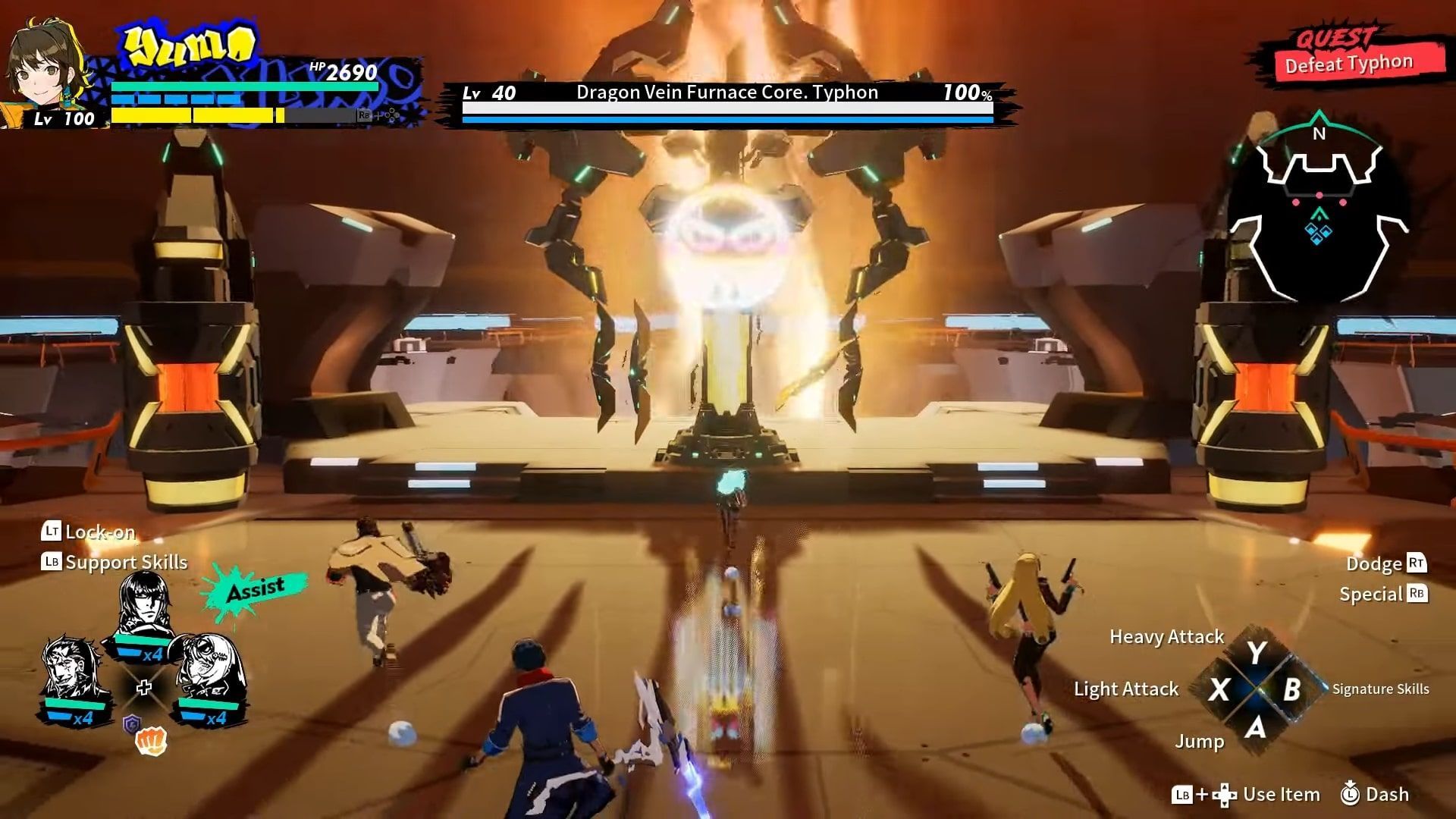 Despite being the final boss, Typhon has very few attacks – less than a handful of unique ones in fact. This, theoretically, makes Typhon very easy to grasp. The catch? Typhon’s moveset is designed to hinder you will sweeping AOE, crowd control and damage. As a result, this fight is not a short one.

Which Party Member To Use 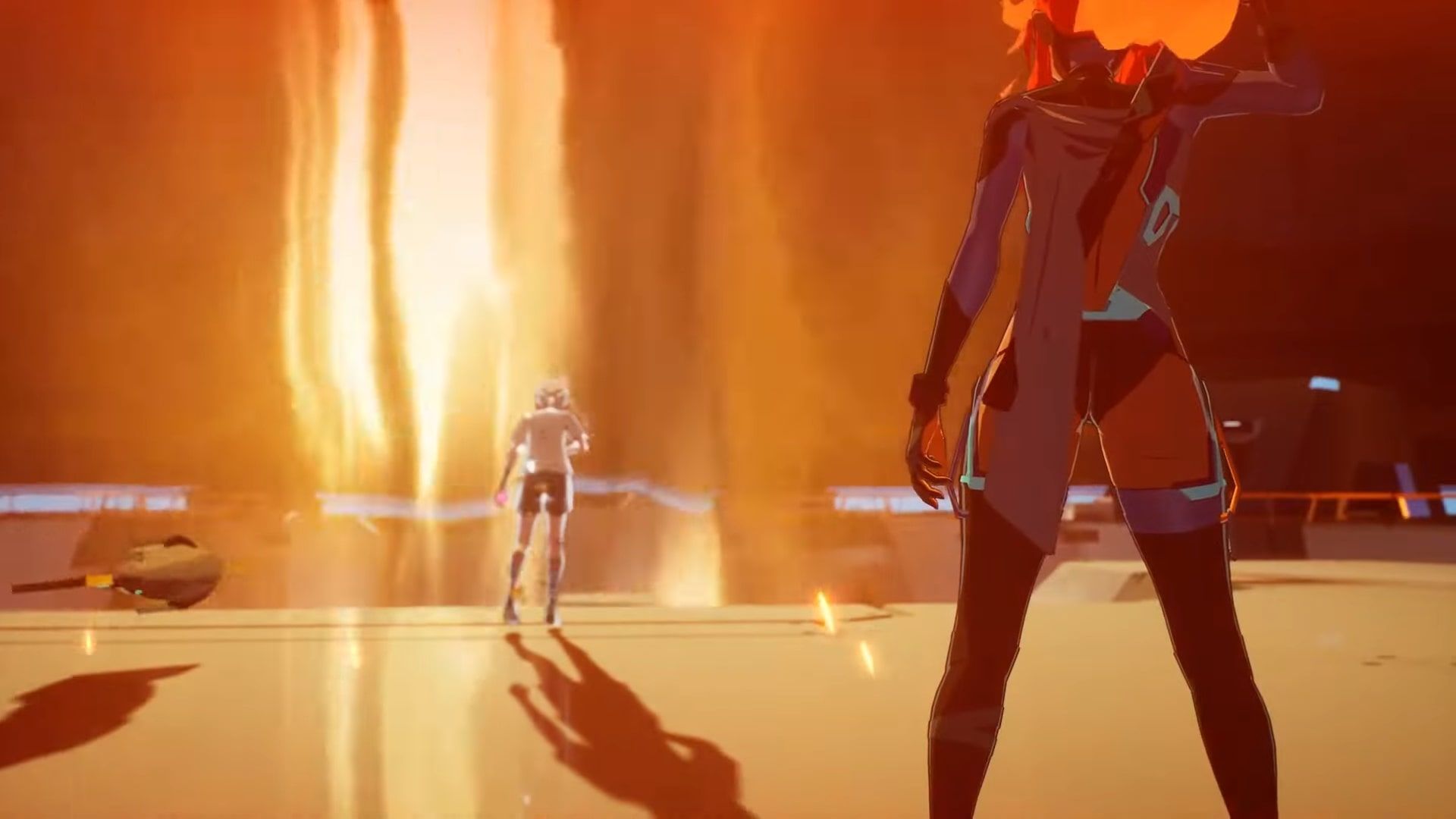 Typhon is a stationary target, so any character can do work here. Since you have likely been levelling up Yumo the most, however, she is probably going to be your best bet. Yumo just so happens to be a top-tier character too. Her kit and speed is ideal for dealing with all of Typhons tricks and mechanics.

Leo is also surprisingly good if you have him decked out. Typhon is immobile, so Leo’s slow speed and high damage can really shine. We would still rate him lower than Yumo, however. 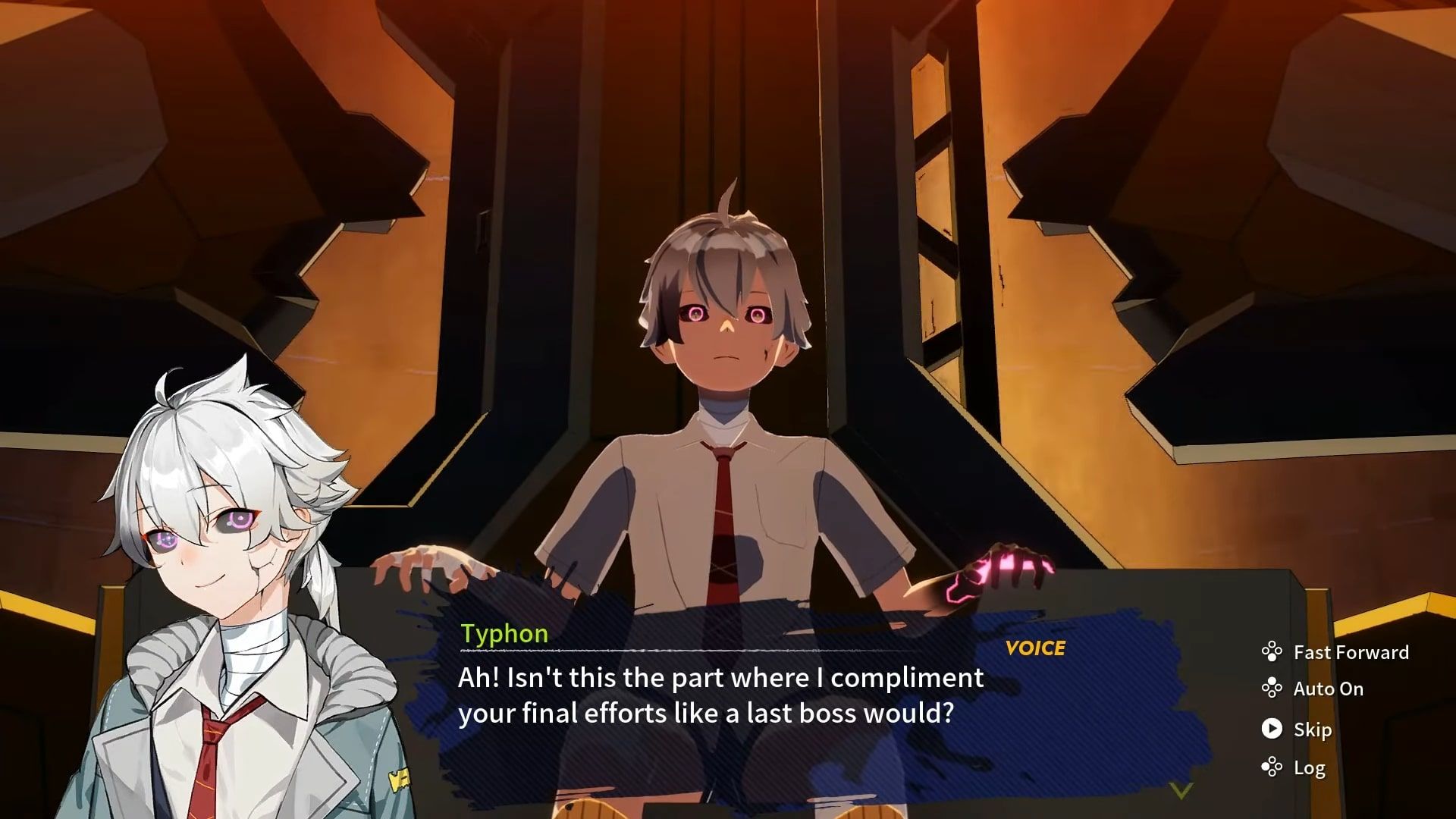 This fight is split into two phases, although the second phase (which triggers at 50 percent HP) is more of a formality Typhon doesn’t change all that much after the transition. How you take down Typhon is quite simple to boot.

All you have to do is attack the two generators to the left and right of Typhon. Once they have both entered their Break state, Typhon’s cockpit will collapse onto the area, allowing you to attack him directly.

You won’t be able to focus any one generator, however, as Typhon’s AOE attack will force you to move away. This is an ideal time to move over to the opposite end of the arena and lay into the other generator.

Start to finish, it will take two-four cycles of doing this to kill Typhon, which makes this one of the longer fights in Dusk Diver 2. This is only exacerbated by the disruptive nature of Typhon’s attacks. For this reason, we recommend having Burst ready to go. Using BP items will let you enter Burst multiple times, which gives you plenty of opportunities to build up your Burst Ultimate. This attack deals huge HP damage to Typhon, so landing it is very much advised.

With Typhon down, you are free to enjoy the closing cutscene. Congratulations.