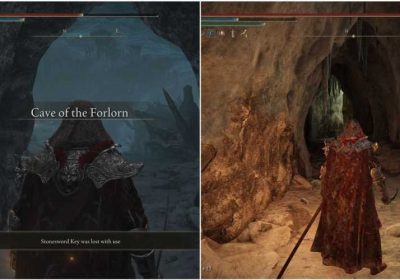 Cave of the Forlorn is a dungeon in Elden Ring. It is located in Consecrated Snowfields near Great Wyrm Theodorix, a Field boss. Cave of the Forlorn is one of the smaller dungeons in the game, having few pathways and a low variety of enemies. There is not much notable loot inside the dungeon excited for a Legendary Armament. In order to acquire the trophy/achievement for collecting all Legendary Armaments, you will need to complete this dungeon.

You will require two Stonesword Keys to gain entry into the dungeon, so make sure you buy or loot them before coming here. Now, let's go over all you need to know about Cave of the Forlorn.

Cave Of The Forlorn Dungeon Overview 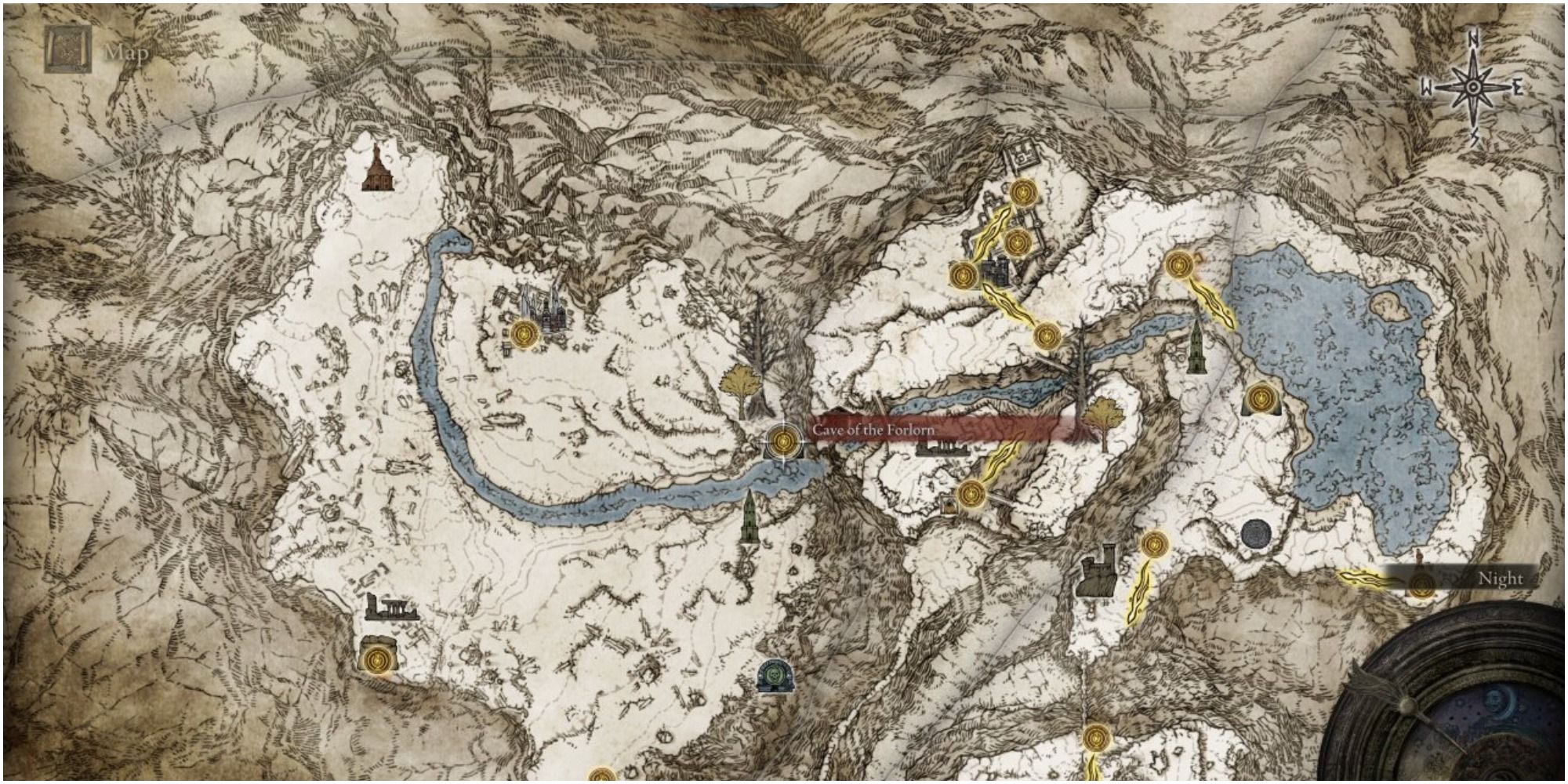 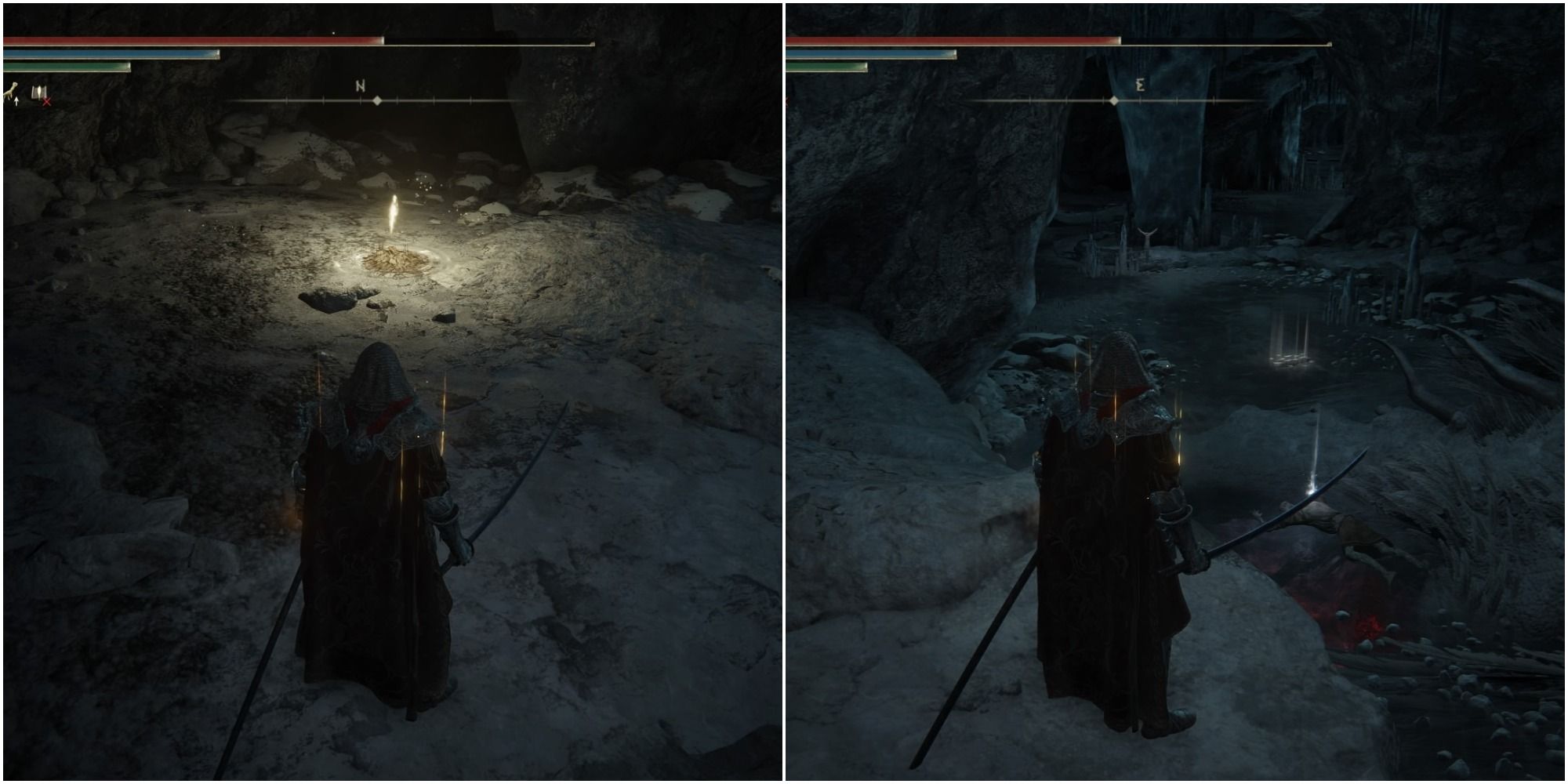 As you enter the dungeon, you will find the grace on your left and the main path on your right. Near the dead dragon is a corpse with Golden Rune (7), and if you continue along the way, you will find four Freezing Greases on your right near the wall. There is also a Misbegotten enemy lying on the ground. 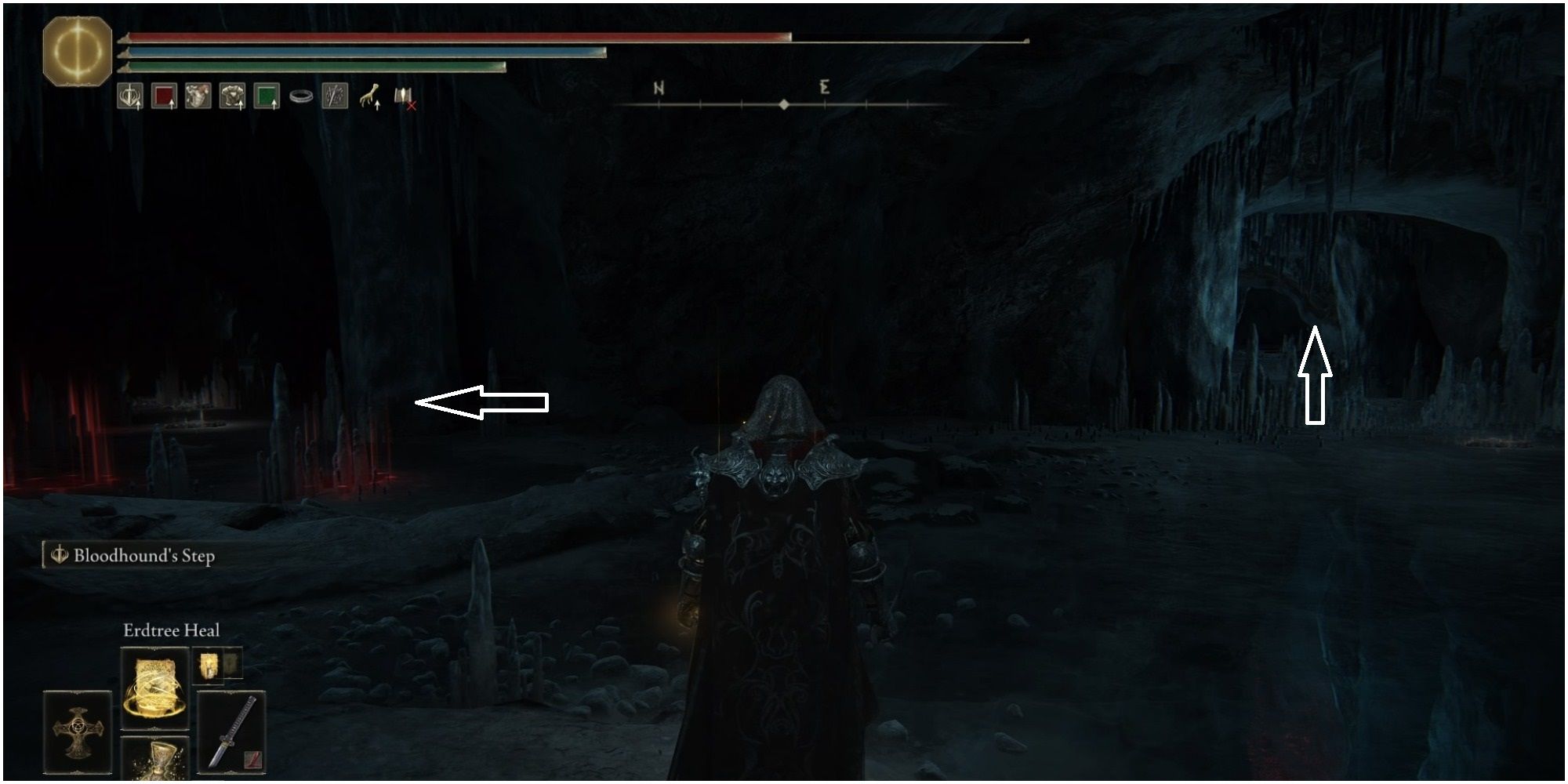 There will be two paths up ahead. Go left first to deal with multiple rats and Misbegotten enemies. After defeating the enemies in the small room, pick up the Freezing Grease from the corpse, go back out, and take the straight path. 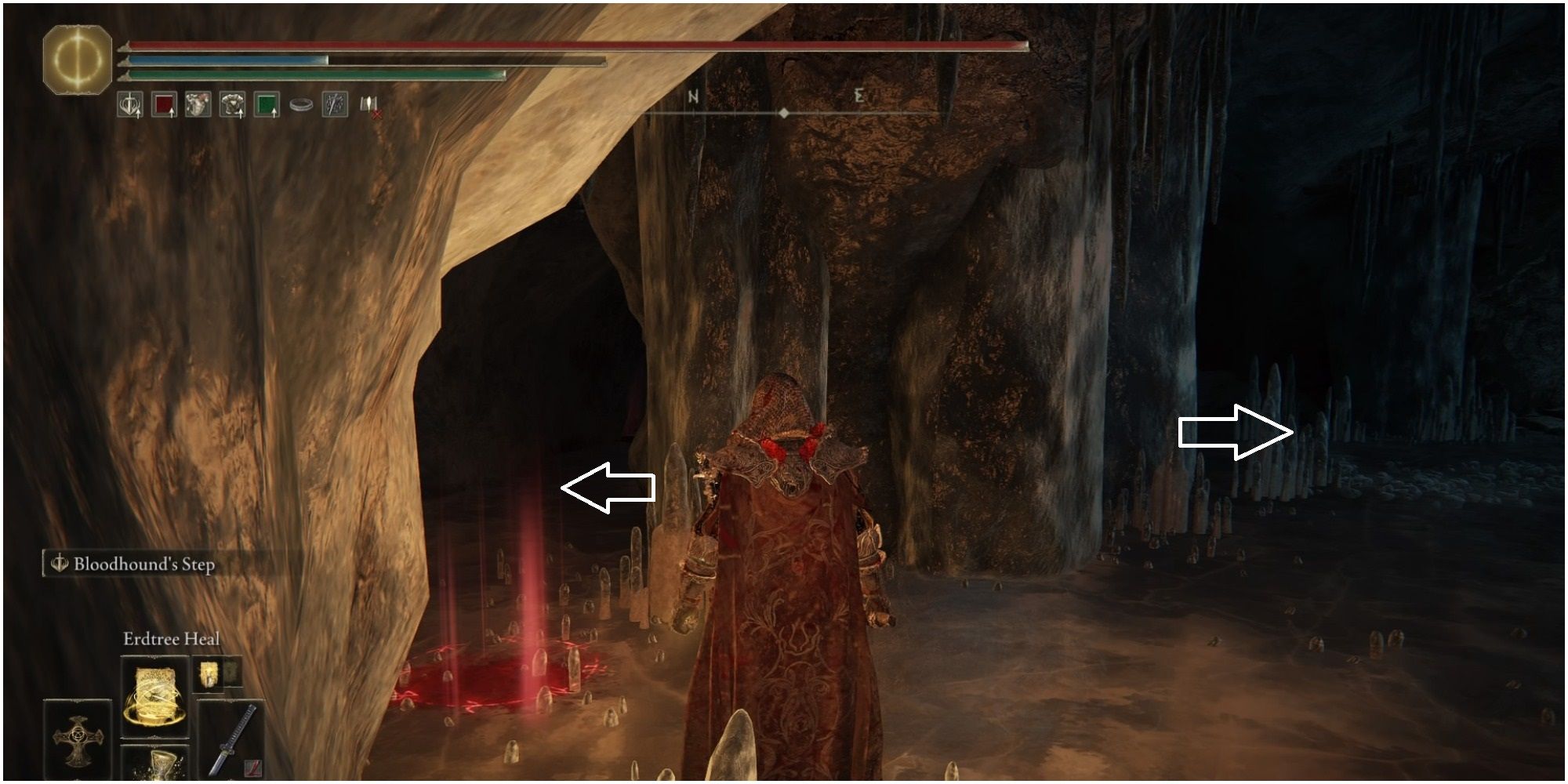 You will come across a small alley on your left. Head left, deal with the enemies, collect the Nascent Butterfly, and head out to the right. On your right, you can find a Golden Rune (10). Go ahead inside the cave, and you will reach another room. Inside the room, you will find multiple Miquella's Lilies and a Hero Rune (2) on top of the ice pillar. 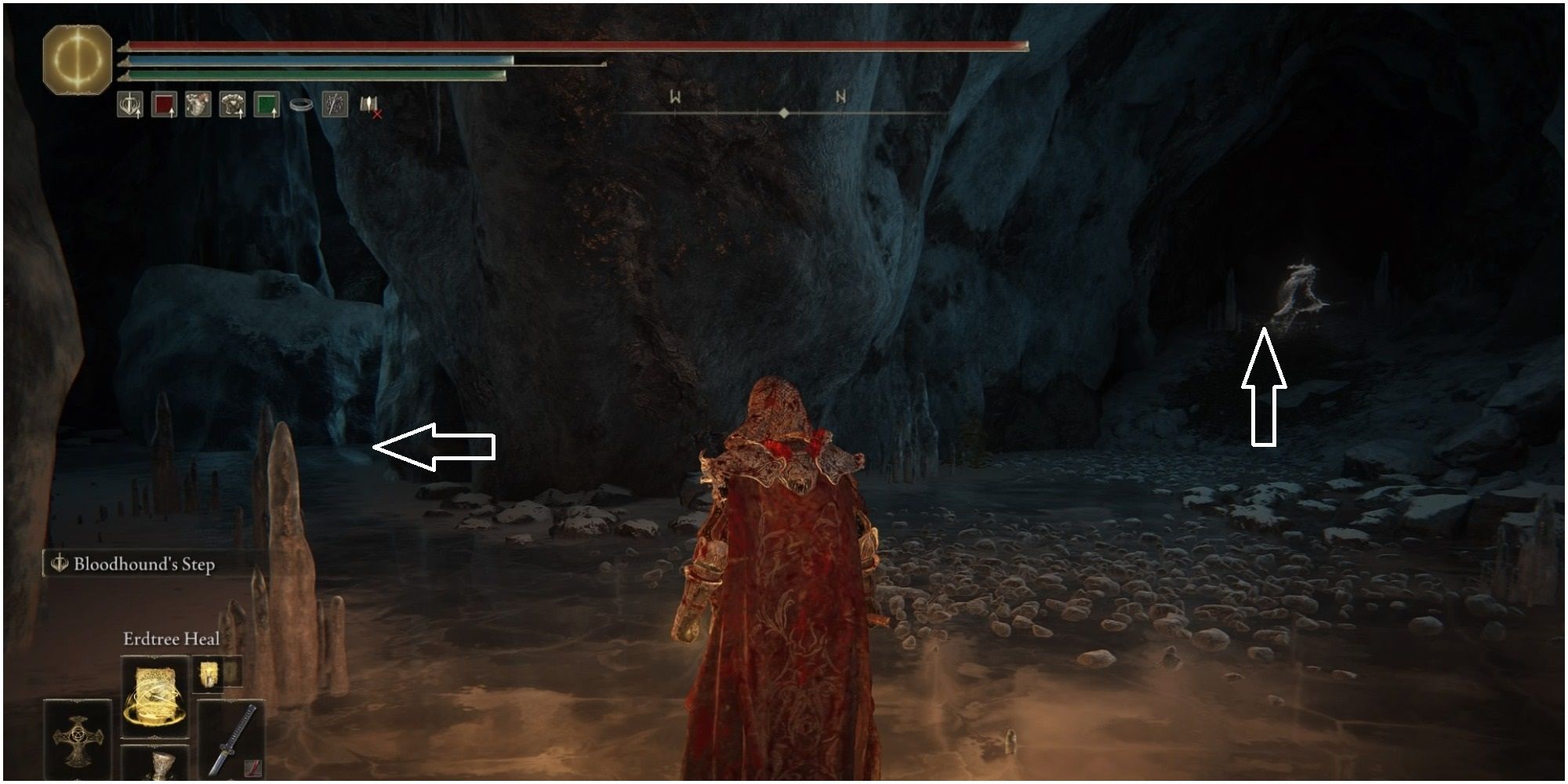 Inside the room, you will come across two paths again. First, take the straight path, and you will reach a room where you have to deal with the multiple Greataxe-wielding Misbegottens. 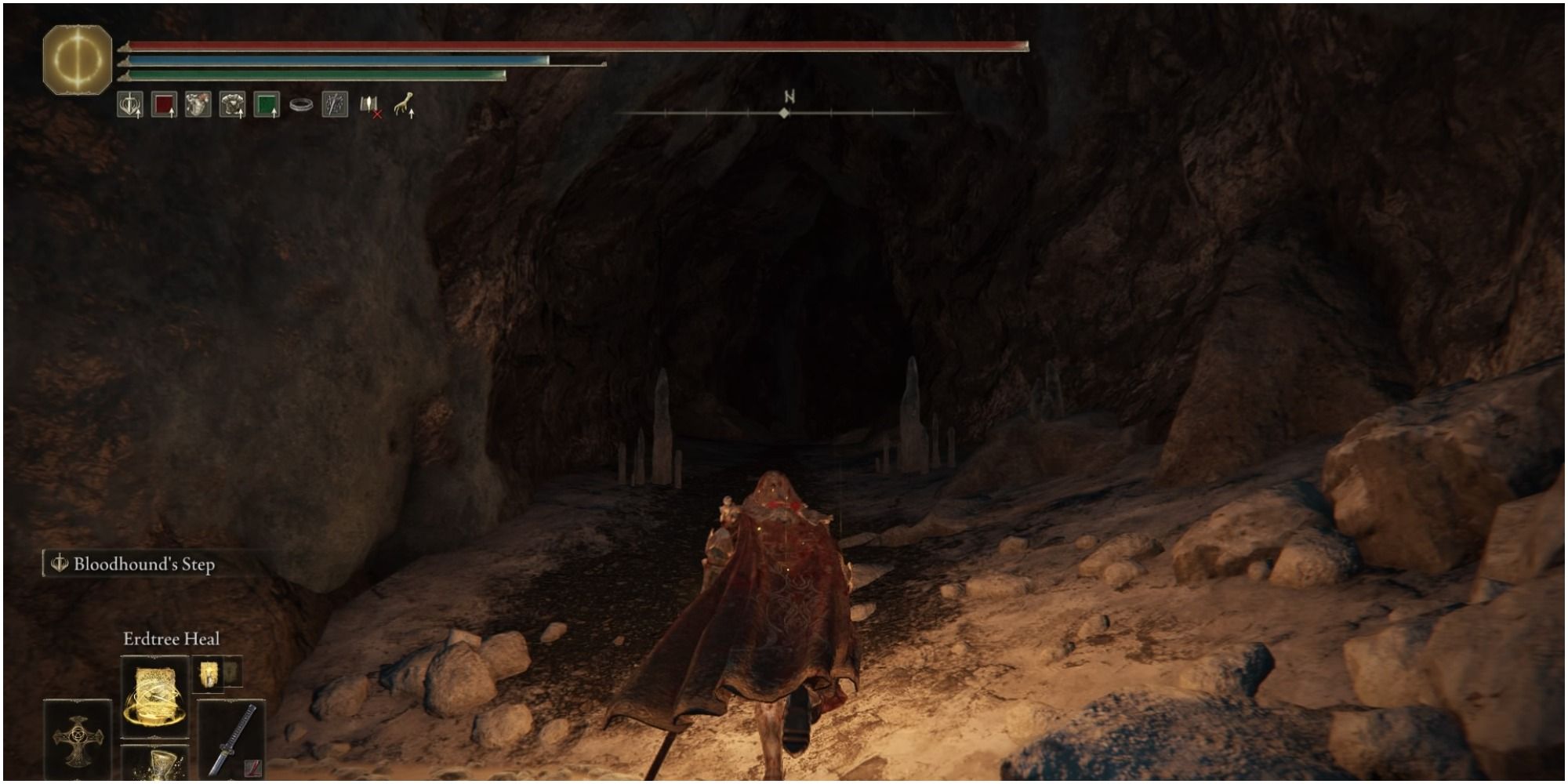 Loot the corpses here to find one Rune Arc and ten Spiritflame Arrows. Go back to the room with the ice pillar and take the left path now. Climb the ice pillar in this room and jump on the other side. You will see platforms below you that you can drop down onto. 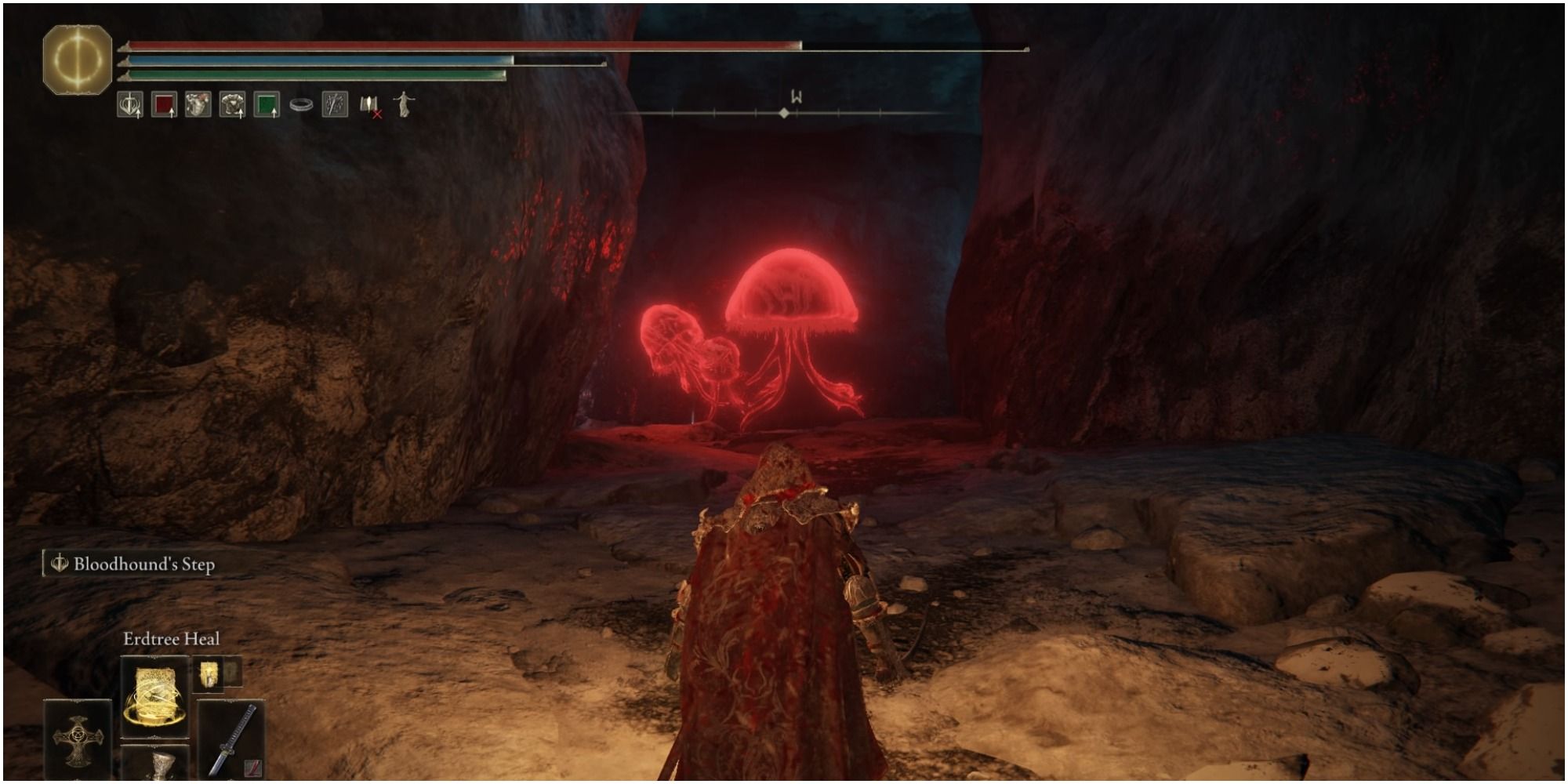 Below you will find a room filled with hostile Jellyfish. Clear all the enemies and collect eight Crystal Darts, Thawfrost Boluses, and three Miquella's Lilies. In the next room, you will find more Jellyfish, deal with them and loot the Grave Glovewort [8]. Here you will see a hole on the ground with platforms you can drop down to. Drop to the corpse and collect the six Freezing Greases and jump down. 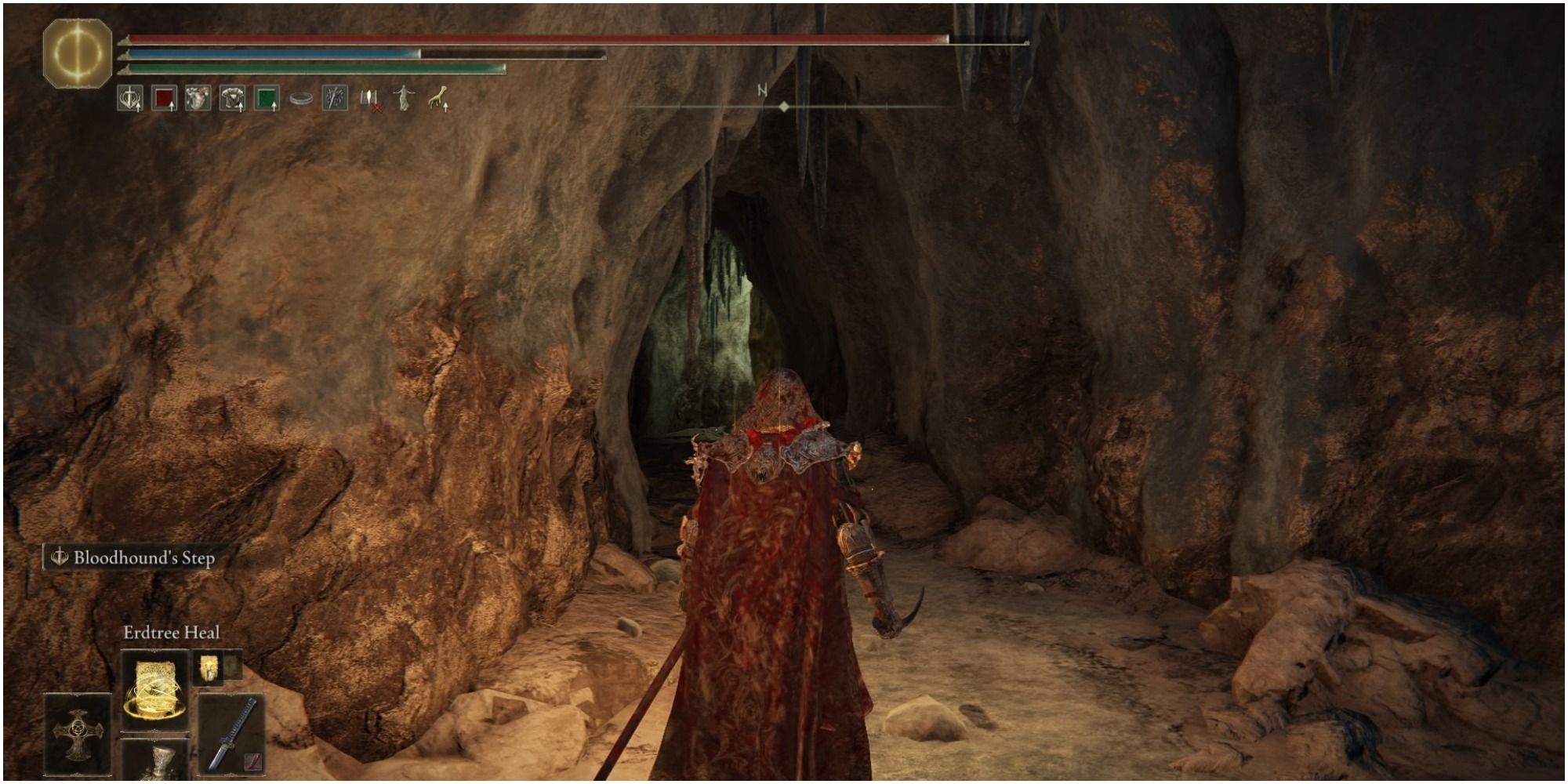 You will reach the last area where the boss gate is located. Enter it to fight the boss. 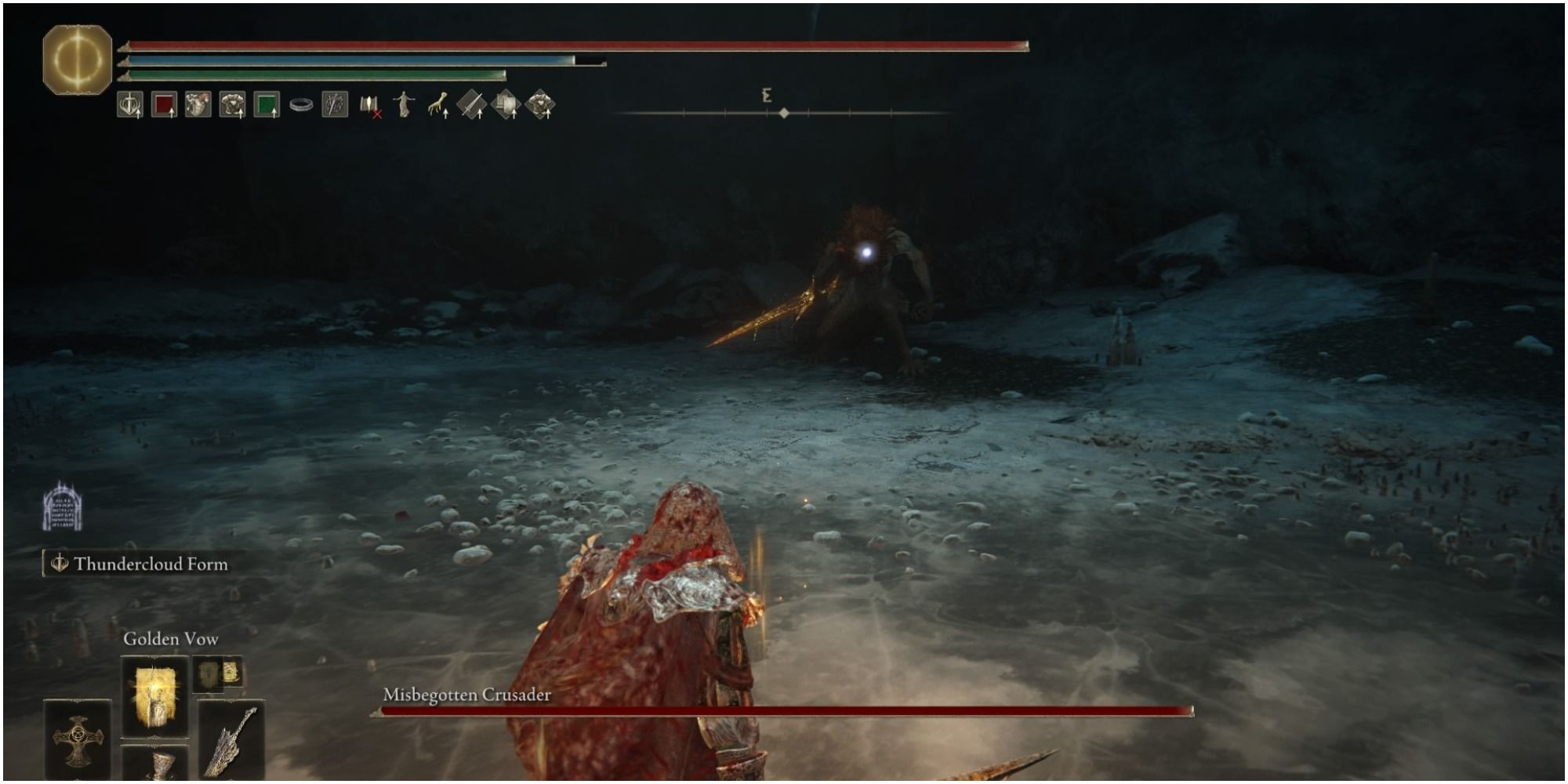 Misbegotten Crusader is the boss found inside the Cave of the Forlorn. This boss has a habit of fighting aggressively and jumps at you with his Greatsword. It has AOE attacks that it uses alongside the sweeps and slash combos. Try not to be greedy with your attacks, as the boss can punish you with his high damage output. He also shoots a rune projectile that has good reach and fast cast time. Dodging this is important as getting hit by them can leave you open to more follow-up attacks.

You can break the boss's poise if you stagger him a lot by performing jumping heavy attacks. This will lead to a critical hit dealing massive damage. Defeating the boss will get you the Golden Order Greatsword, which is a Legendary Armament. 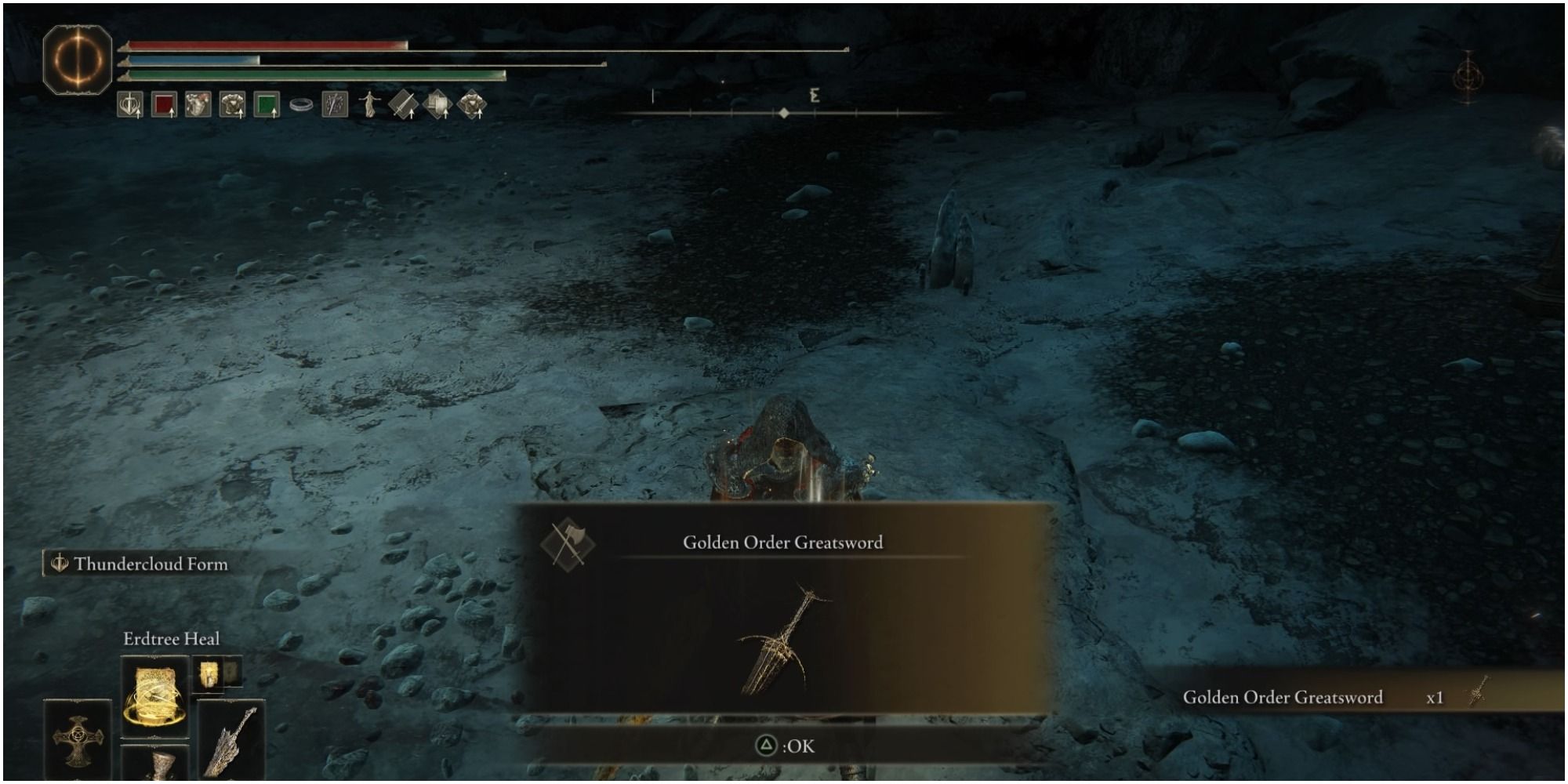