Elden Ring Has A New Hero Who Is Soloing Mohg 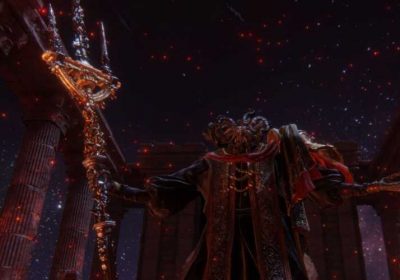 Following in the legendary footsteps of Let Me Solo Her, a new hero is born, Let Me Solo Him. As Spider-Man has always tried to convince us, anyone can be a hero, you just have to do the right thing. Well, Elden Ring players who have the power to solo incredibly tough late-game bosses also have the responsibility to help those players that can't.

As spotted by GamesRadar, a player going by the name of Let Me Solo Him has been found placing their summon sign just outside the boss arena for Mohg, Lord of Blood. He's quite tricky, as he has a very nasty attack that almost instakills you while healing him, so someone brave enough to take him on solo is pretty impressive.

This player doesn't quite have the same pizazz that caused the community to be enamoured of Let Me Solo Her, but they still get the job done. They appear to be using the Comet Azure sorcery and Cerulean Hidden Tear in their Flask of Wondrous Physik to allow them to cast the spell continuously and one-shot Mohg.

It's heartwarming to see Elden Ring players take up the mantle of solo boss killer to help struggling players. Maybe you're not struggling but you just want a boss dealt with quickly, or you want to watch a skilled player make mincemeat of a challenging foe. Whatever the case, these heroes have you covered.

Let Me Solo Him hasn't quite reached the legendary status of the original, Let Me Solo Her, but that may just be a branding issue. If they could cast that laser beam while shirtless and with a pot on their head it would be a lot cooler.

In other Elden Ring news, the level scaling for different areas has been discovered. Surprising no one, it turns out Caelid is intended as more of a mid-late game area, rather than the second place one should explore after Limgrave.