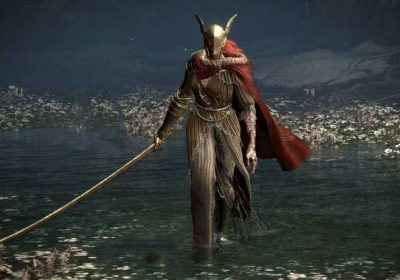 Let Me Solo Her became a sensation within the Elden Ring community shortly after the game was released on February 25, 2022. Let Me Solo Her took the world by storm after dedicating themselves to beating the hardest boss in the game for other players while dressed in absolutely nothing but their underwear. "He dodged nearly all her attacks and got hit only one time," the Reddit user going by the name of Great_Artorias pointed out at the time.

The fame of Let Me Solo Her took off when a Reddit user called Sazed813 wrote that “after 20 to 30 Malenia attempts and getting to about 15 percent several times, I finally decided I would try summoning and bum rushing with two others and just getting it done. So, I popped the finger remedy and approached the first sign I could see. It was a man wearing nothing but a jar on his head holding two katanas named Let Me Solo Her. I considered against it. But I was curious and who am I to deny him his wish?”

Sazed813 went on to describe how “the man took no damage except from some rot on the flower attack. He was flawless and put all my attempts to shame. I definitely didn't kill Malenia, but either way, she is dead. Thank you kind stranger.” The post by Sazed813 currently has nearly 45,000 upvotes and 1,700 comments from various members of the Elden Ring community.

When the world inevitably turned to other matters, rumors began making the rounds to the effect that Let Me Solo Her had given up on the game. But this turns out to have been far from the truth. Let Me Solo Her took to YouTube earlier this week, posting a video that shows just how busy beating the boss they have in fact been.

"Since a lot of people are asking me or think that I'm retired, I'm happy to say that I am not and still going strong," Let Me Solo Her pointed out. "Lost count by now, but it’s over 2,000 Malenia's slain."