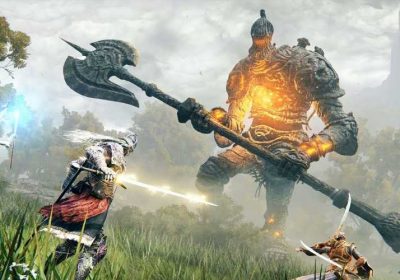 The popular content creators Lance McDonald and Sekiro Dubi have discovered some cut content in Elden Ring that lets you make alcohol by collecting dreams. The pair have been uploading videos to YouTube over the course of this past week that show exactly how this all works.

The feature was first discovered in the network test version of the game by Sekiro Dubi before being fully explored by McDonald. Players basically wander the Lands Between collecting a product known as Dream Mist which can be captured from sleeping creatures by means of an item called St. Trina’s Crystal Ball.

McDonald describes the differences between the network test and the shipped version of the game, explaining that while they may have been removed from the latter, certain features can still be found in the former. Stormhill Shack in particular seems to have once been occupied by a monk named Reeling Rico who calls upon players to produce a drink known as Dreambrew. This alcoholic beverage consists of two Dream Mists and allows players to “uncover someone’s deepest, darkest secrets.”

Reeling Rico would have given players St. Trina’s Crystal Ball before sending them off in search of Dream Mist. McDonald explains that creatures emitting the substance were going to be located all across the Lands Between. Having collected enough Dream Mist, players could return to Reeling Rico at which point they would be given bottles of Dreambrew. These could be presented to various characters which would unlock a bunch of interesting dialogue options. The merchant called Kalé in the Church of Elleh for example would joke about being “an honest merchant of good standing” before proceeding to get blackout drunk.

While this represents a surprising amount of cut content, dataminers are currently hard at work uncovering every last secret in the Lands Between. Players have been speculating that many remain to be found in the game. When these become known is only a matter of time.