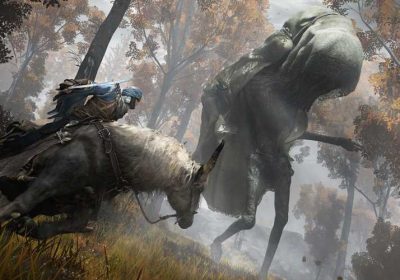 Elden Ring is already a massive game, but it could have been a lot longer. Dataminers have found loads of cut content, from PvP colosseums to a special questline where you get NPCs drunk in order to steal their dreams.

Related: Elon Musk Needs To Stop Going To Mars And Start Getting Good At Elden Ring

One dataminer by the name Nullrinn found an entire quest associated with the Mimic Tear Summon Ash. Instead of just picking it up later on, players would be granted the Mimic Tear Ash after completing a quest involving an NPC named Asimi, who first appears as a Silver Tear at the Artist’s Shack in Limgrave. After begging for her life, Asimi would then convince the player to enter into a symbiotic relationship by drinking her up and offering “untold power” in return.

Cut lines for both Asimi and Malena are still present in Elden Ring’s game files describing how the whole quest would have gone. After entering the underground cities, Asimi would tell the player to seek out two chalices that would help her “become a perfect whole.” After which, Asimi would leave only to come back later on as an exact clone of the player. The dialog seems to indicate that Asimi’s plan was to simply outlive the player and replace them as Elden Lord after they die, but finding her puts a stop to that. Defeating her as a boss fight would then give you the Mimic Tear Ash.

Later on in the video, VaatiViya describes Elden Ring’s map and how it’s evolved since the early beta tests, with even the current version having glaring gaps that hardly resemble the Lands Between. There’s also the giant burning giant heads that were present in the network beta test but were later cut before Elden Ring’s release.

Some of this cut content is being restored by modders. Sekiro Dubi, the same dataminer that discovered the PvP colosseums, is working on restoring the Mimic Tear quest as it’s mostly all there. Others might become part of some future DLC, but for now, the best we can do is watch the video and imagine what might have been.