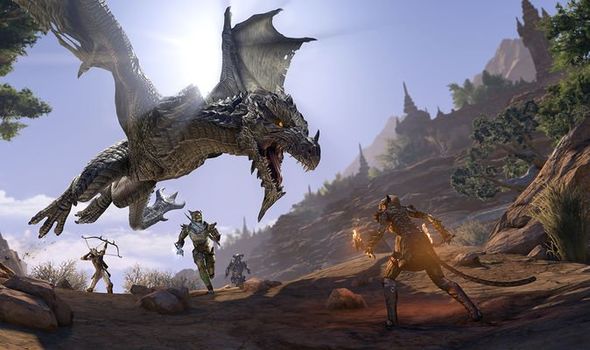 Available now on PS4 and Xbox One, Elsweyr is the latest part of the Season of the Dragon adventure.

Needless to say, players will spend their time battling huge dragons and defending the Khajiit homeland from an “ancient evil”.

According to the patch notes for the companion update, the DLC adds over 30 hours of quest content, as well as new locations to explore, 50 Achievements and Trophies, and lots more.

That’s on top of the Necromancer character class, which can summon undead creatures to attack enemies.

“This new class uses the power of death to deal with any situation,” Bethesda explains. “Necromancers feature a unique set of abilities that use corpses as an alternate resource, with an emphasis on positional-based gameplay and a deep mastery curve.”

Interestingly, some of the Necromancer’s skills are seen as a criminal act, which means you’ll potentially alert guards if you use it at the wrong time.

For more on the Elsweyr update, check out the patch notes below… 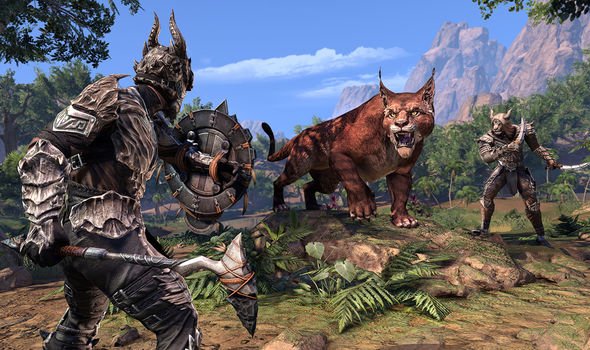 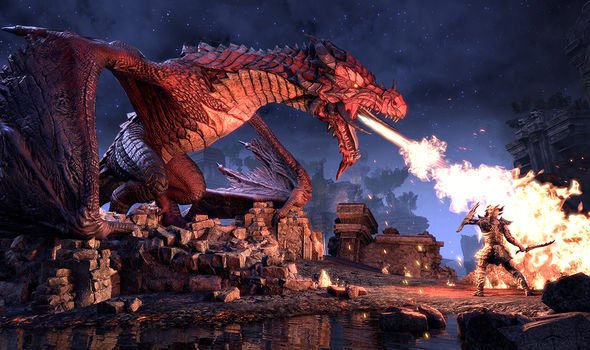 • Prepare to embark on a new journey! In this patch, you can travel to the Khajiiti kingdom of Anequina in Northern Elsweyr to battle a rage of Dragons.

• To begin your voyage in Elsweyr, you can choose from among the following:

• Create a new character and play through the new Elsweyr tutorial.

• Bring an existing character to the zone. You can enter the zone in one of the following ways (provided it is unlocked on your account):

• Using the Wayshrine in Rimmen.

• Entering through the gate in northeastern Grahtwood, which connects to Northern Elsweyr’s southwestern edge.

• Entering through the gate in northeastern Reaper’s March, which connects to Northern Elsweyr’s northwestern edge.

• Traveling to a friend who is already in Elsweyr.

• Seek out the courier, Anais Davaux, or Abnur Tharn in Riverhold after you exit the tutorial or enter the zone for the first time to begin the main story!

• Elsweyr includes the following activities for your enjoyment:

• Six delves, each with its own Skyshard and associated content

• Two public dungeons, Rimmen Necropolis and the plague-city of Orcrest

• And of course, hunting down the most terrible predators ever to soar the skies of Tamriel: DRAGONS!

• Hand of Alkosh: Obtained by completing the Sunspire Dragonbreak achievement

• Godslayer: Obtained by completing the Godslayer of Sunspire achievement

• Extinguisher of Flames: Obtained by completing the Sunspire Vanquishier achievement

• This first tablet, when placed on the matching altar in the Hall, marks the altars for the remaining three tablets.

• Completing the main story quest of Elsweyr in full grants a second tablet which, when placed on the corresponding altar in the home, unlocks the first of three additional wings for this home.

• This temple home will continue to grow with you as you acquire additional tablets recording the life of the Lunar Champion, Khunzar-ri, by completing dungeons and quests in the remaining two major updates this year during the Season of the Dragon.

• This home has furnishing limits equivalent to a manor, with a limit of 350 standard furnishings doubled to 700 for ESO Plus members.

• As usual, there will also be an inn room, the Sugar Bowl Suite, acquired by completing the “Room to Spare” quest in Rimmen or by purchasing for gold.

• We’ve also added over 140 New Elsweyr furnishing recipes to acquire from a variety of sources, including Dragons, containers, mob drops and more!