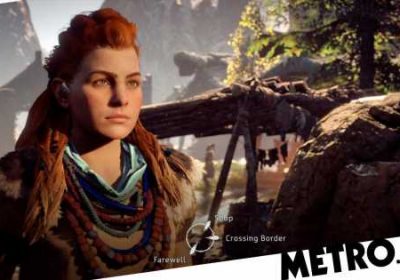 The Epic Games vs. Apple court trial has now revealed that the former wanted some PlayStation games to be exclusive to its own store.

Sony’s plans to release some of its exclusive games on PC have been known for a while now, even if only one game has so far made the leap. It started with Horizon Zero Dawn and Days Gone will be releasing on Steam and the Epic Games Store this month. However, if Epic had its way, these games could very well have been exclusive to its storefront.

The ongoing court battle between Epic and Apple has seen plenty of confidential information become officially known, like how much money the Epic Games Store has lost the company.

One such document, that was probably not meant to be shown, reveals that, at some point, Epic offered Sony at least $200 million (just over £140 million) for a deal that would see four to six first-party PlayStation games be Epic Games Store exclusives.

The document in question has since been deleted but someone was able to screenshot it and share the info via ResetEra. It doesn’t mention any specific games, but it may be safe to assume that if Sony had accepted, Horizon Zero Dawn and Days Gone would have been included in the deal.

It’s unclear when exactly the offer was made or if it was before Sony announced its current PC plans. Either way, there was clearly no falling out between the two companies, as Sony recently invested $200 million of its own money into Epic Games.

Surprisingly, Sony weren’t Epic’s only targets either. The same document shows that it aimed to make similar offers to Microsoft and Nintendo. However, it’s clear that they would have been very difficult to convince.

While a conversation was opened with Microsoft, they apparently opposed Epic’s strategy given the two are major competitors in acquiring content and Microsoft already has a relatively close relationship with Valve and Steam.

The idea of Nintendo games releasing on PC, let alone as Epic Games Stores exclusives, seems laughable, and it appears even Epic knew that. The document itself acknowledges the plan as a ‘moonshot’ and a ‘non-starter.’

The news comes after it was also leaked that Sony not only vehemently opposed Epic’s idea of adding cross-play for the PlayStation 4 version of Fortnite, but only finally allowed cross-play on the platform so long as publishers pay them additional revenue.

‘In certain circumstances Epic will have to pay additional revenue to Sony,’ testified Epic Games CEO Tim Sweeney, as reported on by The Verge. ‘If somebody were primarily playing on PlayStation, but paying on iPhone then this might trigger compensation.’