Europa Universalis 4: How To Form Prussia 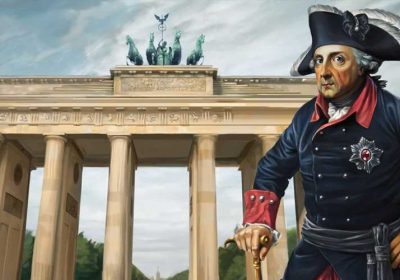 Prussia is considered one of the best nations for military conquest in Europa Universalis 4 – possibly even the top contender! Between excellent National Ideas for an elite army and the powerful Militarization mechanic shared with only a few other countries in the game, painting the map in Prussian blue is one of the most satisfying campaigns possible for players of an aggressive bent.

Prussia doesn't exist at the start of the grand campaign in 1444, so you'll need to form them through gameplay to make use of their mighty armies. Here's how to make it happen.

Which Countries Can Form Prussia? 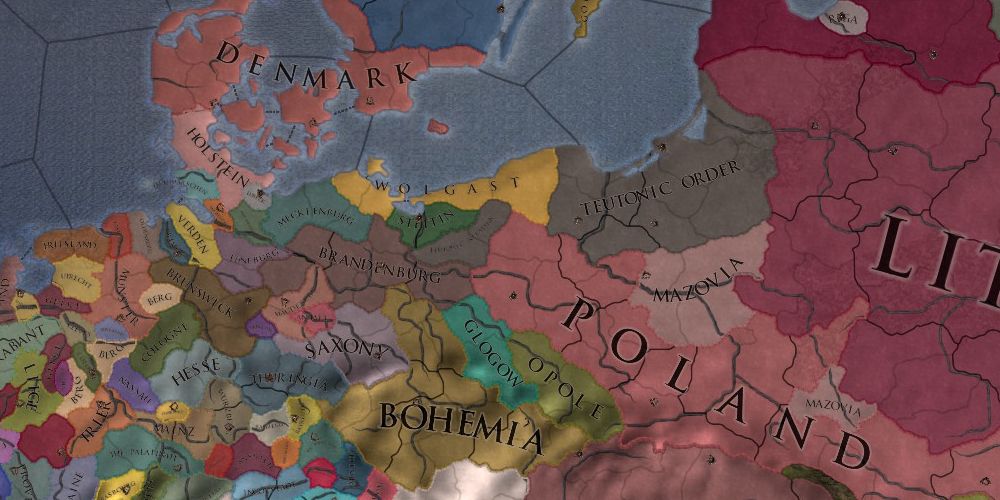 Technically, any nation whose primary culture is Prussian, Pomeranian, or Saxon can form Prussia. The two primary contenders, though, are the Teutonic Order and Brandenburg, both of whom historically had a hand in the country's birth.

In order to form Prussia, your nation must have an Administrative Technology level of at least ten. This means that the earliest it's conceivably possible to create the nation is in the mid-1500s; this lines up historically, as the Duchy of Prussia was first created in 1525.

The other main requirement for creating Prussia is that your country must take part in the Reformation. Prussia cannot be formed if your state religion is Catholicism, so you'll need to convert to Protestantism or Reformed first. The best strategy is to just take the Prestige hit and switch to Protestantism the day it becomes available. Your country will benefit from the Center of Reformation that appears, and you'll be able to get a head start on building your Aspects Of Faith.

Technically, Anglican and Hussite countries can also form Prussia, but these are much less likely to be available or useful for a country capable of making the change.

Which Provinces Do I Need In Order To Form Prussia? 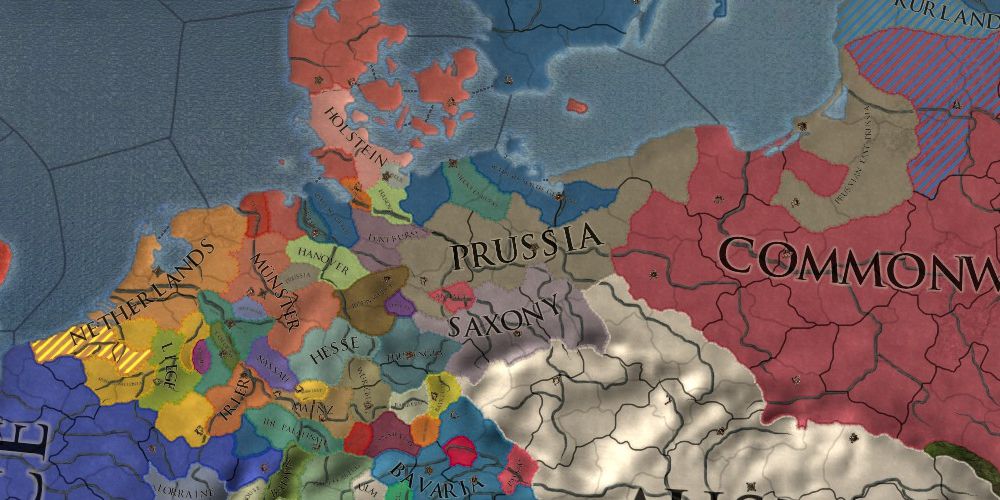 As with every other formable nation, you'll need to control specific provinces alongside all the other requirements to qualify for becoming Prussia. The exact provinces depend on which country you're playing as:

As you can see, the Teutonic Order has the easiest time becoming Prussia, as Konigsberg is their starting capital. All you need to do as the Order is survive long enough to reach Administative level ten, convert your religion, and take the decision!

If you're playing as a country other than the Teutonic Order, it's important to eliminate them quickly and secure Konigsberg. If the Teutonic Order is able to hold their capital until they qualify to form Prussia, you'll be locked out from creating the country as it will already have been done! 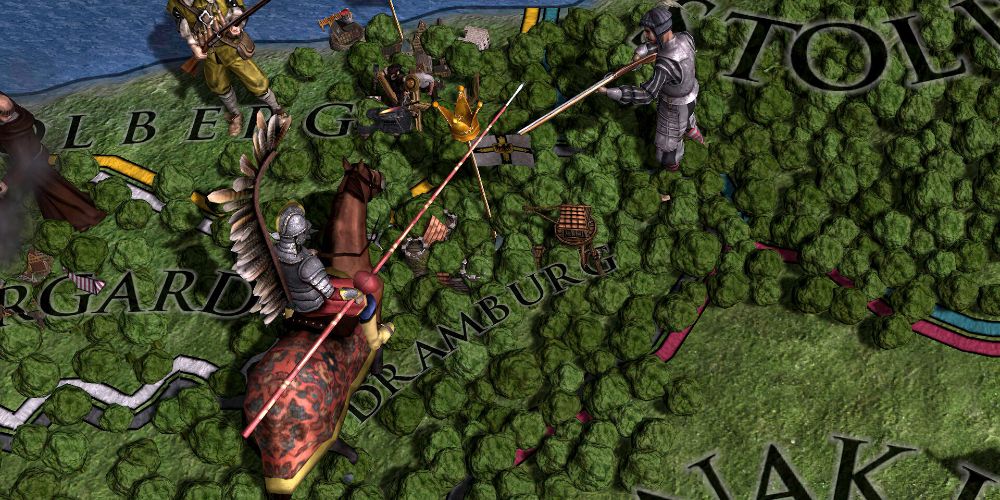 Once you've formed Prussia, you'll have access to their Militarization mechanic. As long as your Legitimacy is high and your country is fairly stable, your Militarization rating will slowly grow over time. You can speed the process by spending Military Power, but this is only necessary if you really need a bonus.

As your Militarization grows, you'll get an increasing bonus to Discipline and Manpower recovery, as well as a discount to army maintenance. At full Militarization, you'll get twenty percent off maintenance, twenty percent faster recovery, and ten percent more Discipline on top of bonuses from Ideas and other sources! A highly-drilled Prussian army is one of the most fearsome forces in the entire game; perhaps you'll use that power to go on to form Germany, or overthrow the Holy Roman Emperor? It's up to you!