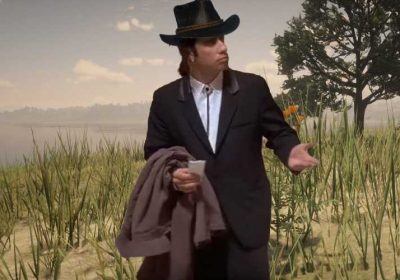 We learned last month that Red Dead Online would be closing the old saloon doors for good. It's not officially dead, but it isn't getting any more "major themed content updates." It seems that word has spread to the game's denizens, as a new bug on PC is causing the Wild West to be bereft of all life. It's turning the servers into spooky ghost towns, and a sad parallel to the state of the game.

As reported by PCGamesN, this new bug is removing all NPCs and even animals from the world of Red Dead Online. At the moment, it's only been spotted on PC and we aren't aware of what causes it. According to one commenter on the game's subreddit, issues have been persisting for several days.

One player has suggested swapping servers, writing that they saw plenty of animals and NPCs today, but two days ago the game was unplayable. Another has suggested that "Even the NPCs are tired of Rockstar's shit."

To simultaneously mourn and protest the one-year anniversary of the last big content update for Red Dead Online, players hosted funerals around the game's world on July 13. Some got dressed up in their Sunday best, others wanted to personally mail beans to Rockstar – a nod to the game's atrocious economy at launch – and the man who plays Arthur Morgan himself, Roger Clark, even tweeted about the game.

Players were not happy to learn that the game was being shuttered in order to pivot resources to GTA 6, especially since GTA Online is continuously seeing content updates, balances, and fixes. The latest of which nerfs Oppressors and introduces business management to private lobbies – finally, a reason to dive back into the game.

However, if you still want to play Red Dead Redemption, two mods came out recently that'll make the game much more enjoyable. Changing seasons and a character customiser have been added to the single-player.