Everyone Is Thirsting Over These Leaked Marvel’s Avengers Summer Skins 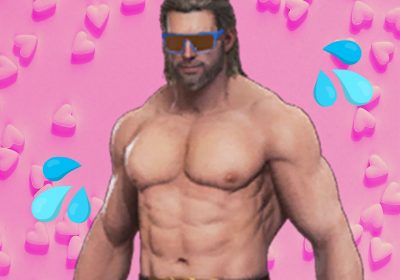 A Marvel's Avengers insider has leaked some of the game's planned Summer skins, and everyone's thirsting over them.

Although the sale of Crystal Dynamics and lack of big updates for Marvel's Avengers might make it seem like there's not much going on for the game, it's actually continued receiving a fair amount of cosmetic content over the past few months, something that looks to continue into the future. Oh, and this time things are getting sexy.

Marvel's Avengers insider mmmmmmmmiller, who has previously revealed the voice actress for the still unannounced She-Hulk as well as recently claiming that Bucky Barnes is the next character coming to the game, revealed three of the known Summer skins after teasing them through a poll.

The three characters that have Summer skins so far are Iron Man, who wears a yellow and red short-sleeved shirt with shorts, Thor, who literally just wears boxers and has a noticeable, ahem, bulge, and Black Widow, who wears a combat-ready swimsuit. All three of them also wear different coloured sunglasses that match their characters, with Tony wearing red ones, Thor wearing blue, and Natasha with some stylish black shades.

So, what happens to a fan-base when purposefully revealing skins of their favourite characters get released? They thirst, obviously. Underneath each of the Tweets sharing the leaked outfits are Avengers players making comments like "I’m already struggling to survive in Britain’s heatwave, and you’re posting this?!", "I. Am. Thorny.", and "I just might buss". Clearly Crystal Dynamics knows its audience pretty well.

Even though Iron Man, Thor, and Black Widow are the only Avengers that have their Summer outfit leaked right now, mmmmmmmmiller believes that each member of the team will likely get their own and that they'll all be sold in one bundle, "They'll probably end up being announced as a full team set and released through the summer. Expect these 3 first, though. I'm also curious to see if the sunglasses will stay on outside of cutscenes."