Everything You Need To Know About PES 2020

Konami says this year’s PES is the second iteration in a three-year plan, and forward progress is exactly what fans have been calling for – from gameplay to more depth needed for the Master League franchise mode. The first thing that jumps out about the game, however, is that it inaugurates a whole new name for the series: eFootball PES 2020.

Luckily, the new name isn’t the only thing notable about PES 2020. Read on for some of the big changes to this year’s title.

What’s With the Name Change?

Konami says it wants to signal a clear commitment to eSports. Of course, the game contains all the features of a normal PES title, apart from planned eSports tournaments and the league through the year, so changing the brand wholesale just to chase eSports cred seems odd. The series has been known by various names before Pro Evolution Soccer (Winning Eleven, International Superstar Soccer, etc.), but frankly I don’t know how Konami’s marketing department approved this. I know I won’t be calling it eFootball PES 2020…

Yes, and it’s largely due to the prominence of the manager position. A new dialog system lets you talk to your players and other members of the club whether it’s to boost morale, talk to a player about their playing time (the mode also gives you an assistant who may make recommendations about up-and-coming players), or address club goals through the season which were more in the background last year. Your words can impact players by influencing their form or keeping them happy at the club. These concepts have been explored in previous iterations, but hopefully by putting them front and center in the mode it’ll be more impactful from week to week and not buried in some menu and with no real consequence. 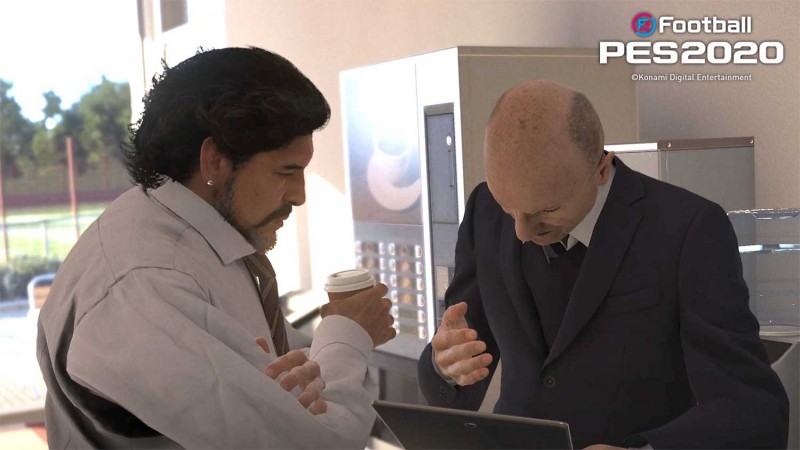 Is that Diego Maradona as a Manager?

Yes. Legends like Maradona, Zico, and Johan Cruyff, can be managers in Master League. There are other legends available, but that’s all Konami is talking about at this time.

What About the Transfer System?

Konami is importing real-world data to improve transfers, from their realism in relation to who goes where to replicating the ever-increasing fees involved. The new manager dialog system also comes into play when dealing with potential signings. Finally, signing a big player can actually boost the morale of the squad as a whole.

How Does the Game “Feel?”

The series is historically known for how good it feels to control players and the ball – and I know I say this every year – but once again PES feels great. Konami has added finesse dribbling, which ostensibly adds fine control with the right analog stick, but I wasn’t able to master it in the few games I played – I would sometimes go into an auto-feint. However, I did notice times where I thought it made a difference in traffic.
One of the new features I’m intrigued with is an ability that some players have called Inspire. This makes your teammates go on runs and expect certain kinds of passes (like lofted or through passes) because they know your player is skilled enough to deliver the ball. I’m curious how this will synch up with the runs your teammates normally would make as well as gamers’ own ability to initiate runs manually. It could be beautiful or it could lead you to being pissed at your teammates for not being on the same page. 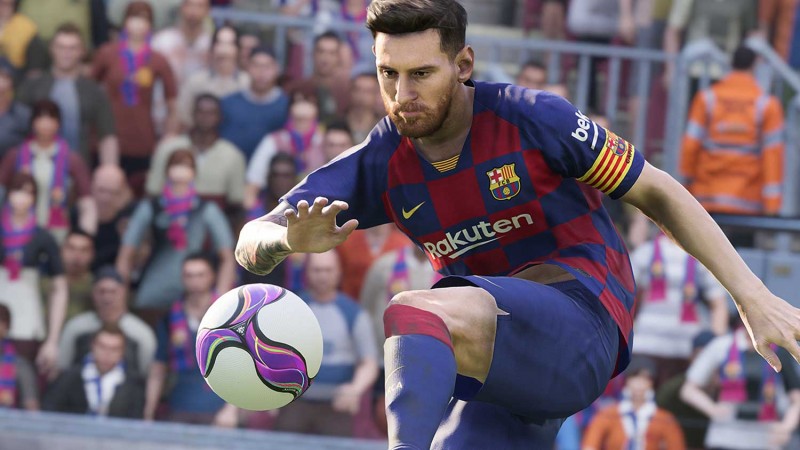 I was most surprised how reactive A.I. defenders were at blocking shots and passes, which is definitely something you see every match. It creates varied rebounds that all the players instantly react to, creating more moment-to-moment variance.

What Are Some Gameplay Legacy Issues That Haven’t Changed?

I specifically asked a Konami spokesperson about “catch-up A.I.” in the game, where suddenly it seems like the field is tilted against you, and they didn’t say meaningful changes would be made to correct this. Instead, it was described in terms of the fact that momentum in a match can shift in real life. Elsewhere, in my opinion, the player switching to get the correct player you want consistently still needs to be improved from last year. Is there a legacy issue that has been addressed? I’ve been told getting caught from behind by slower defenders shouldn’t be a thing anymore.

Is VAR in the Game?

Has Online Been Fixed?

Inconsistent and poor online infrastructure has plagued the series for years, and while Konami isn’t announcing a magic solution for this year, I was told that as part of the ongoing emphasis on supporting the series’ esports initiatives, the company is making a commitment to improving this aspect of the game in general.

What is Match Day?

Match Day is a new mode revolving around the big matches in the real world like famous derbies and rivalries. Every week players pick their side in the week before the match, and everyone’s accomplishments, from goals to passes, counts towards their side, determining the winner. From there, the two best players on either side with the best stats face off in a livestreamed match. During the week there will be rewards for everyone involved, including prizes for MyClub mode.

So What’s Next For the Game?

During the PES World Finals on June 28 Konami is going to deliver more info on the game’s annual demo as well as something called “Project 11.” Fans can also look forward to more information about MyClub mode in PES 2020, more Master League details, and new licenses for the game. 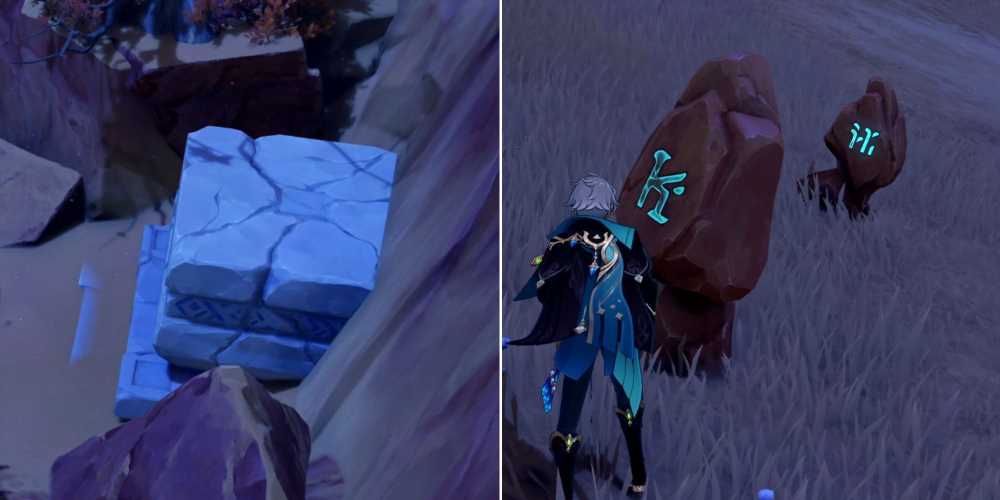 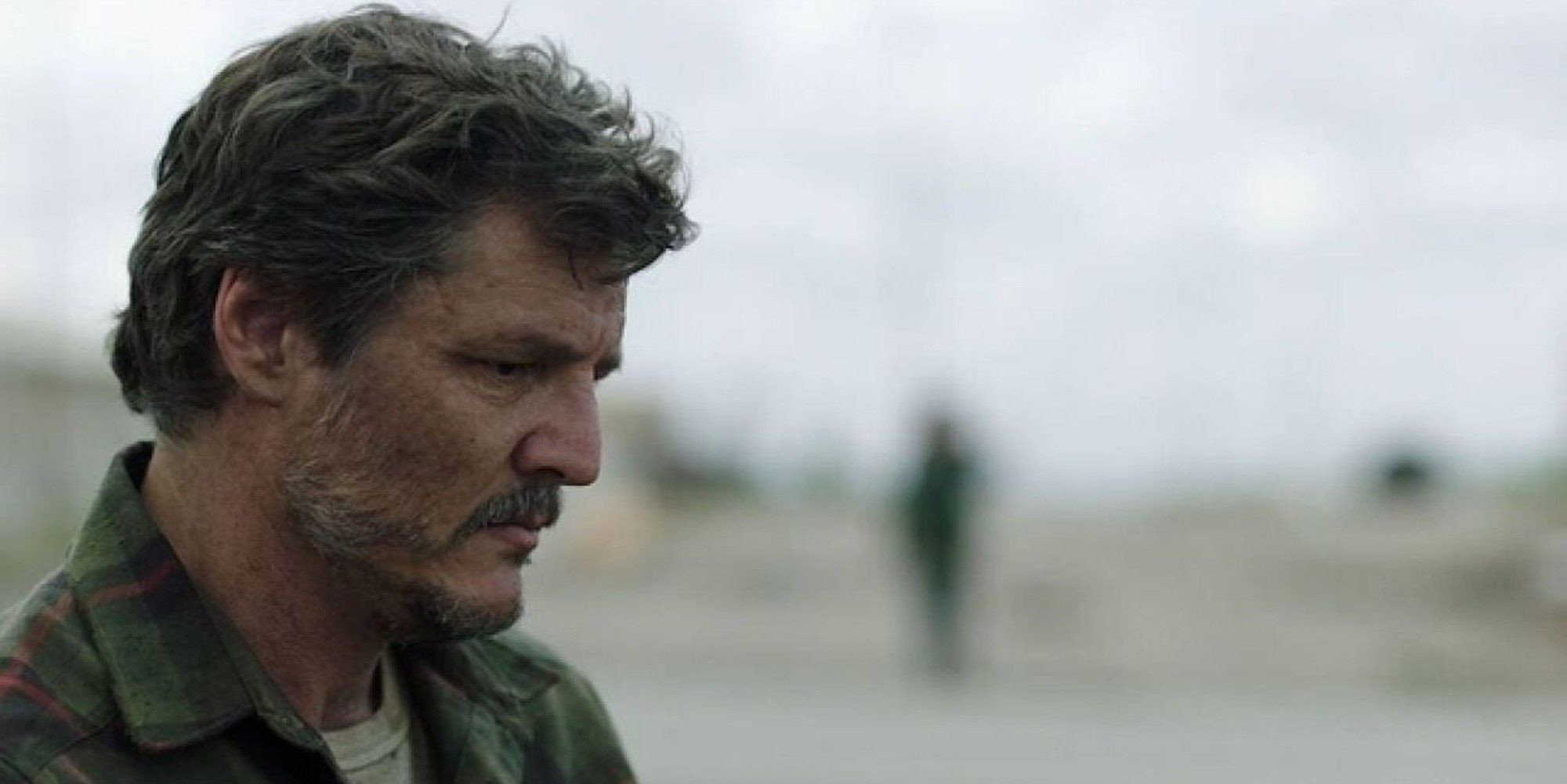 The Last Of Us Episode 1 Added To YouTube For Free