Marvel Ultimate Alliance 3: The Black Order looks to have a massive roster of supercharged heroes. We already know about 27 of the playable heroes, and there are more announcements to come, stretching across the Marvel universe and including characters from The Avengers, X-Men, Spider-verse, and more. As part of our month of coverage, we’re highlighting a few of our favorites. Today we take a deeper look at Marvel’s newest Spider-Man: Miles Morales.

Miles originally comes from an alternate reality. While visiting his uncle (who just happens to be a notorious super villain with the alias Prowler), Miles was bitten by a genetically enhanced spider similar to the spider that gave Peter Parker his powers, and Miles gains his own set of spider-powers. When Peter Parker (as Spider-Man) dies in a battle with the Green Goblin, Miles assumes the mantle of Spider-Man. 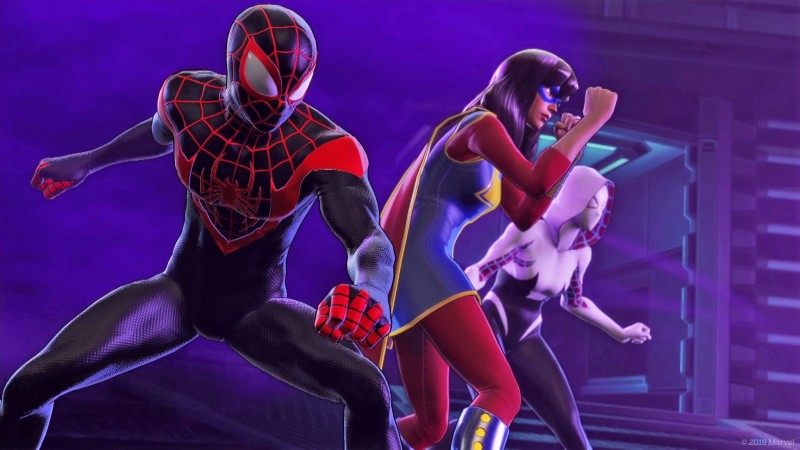 Surprise Strike: Miles turns invisible then closes in on enemies to strike with a burst of electricity.

Venom Strike: Miles drives both fists into the ground and releases a large sphere of electric energy in an area attack.

High Voltage Lines: Miles shoots a barrage of electrified webs at groups of enemies in front of him.

Miles is a very acrobatic character. Most of his powers center on his ability to unleash electrical attacks, which stun or paralyze foes. As an agile hero, Miles can quickly dart across the battlefield and help offer support wherever it’s needed. Like the rest of the Spider-Family, Miles can swing across the environment with his webs.

Come back throughout the month, because we’ll have more exclusive features and character profiles on Marvel Ultimate Alliance 3: The Black Order. Click the banner below to visit our hub.