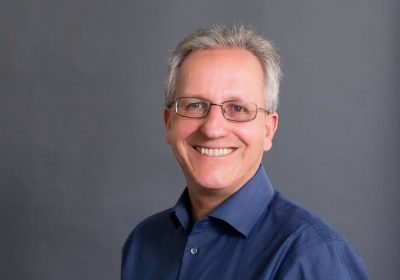 Mike Verdu, Facebook’s VP of VR/AR Content, is leaving the company and starting a new position at Netflix, working on game development.

Verdu joined Facebook Reality Labs back in 2019, at a time when several changes were made to the manager lineup for VR and AR divisions. Verdu previously worked as a Senior VP at Electronic Art’s mobile division and at other companies such as Zynga, EA Los Angeles and Atari. He was product lead on games such as Command & Conquer 3: Tiberium Wars.

In his time at Facebook, he oversaw games and applications on the company’s VR/AR platforms and sometimes gave updates regarding studio acquisitions, content sales performance and more. We often saw Verdu on-stage and, more recently, on-screen at Facebook’s Connect VR developer conferences, where he’d announce new games and publishing deals.

The news of Verdu’s departure from Facebook to move to Netflix comes at an interesting time. According to Bloomberg, Netflix is planning an expansion into the video game market and Verdu has been hired to take on the challenge. His new role at Netflix will be Vice President of Game Development.

Earlier this week, Netflix announced that it has extended its content partnership with prolific producer Shonda Rhimes’ production company to “exclusively produce, stream and distribute feature films as well potential gaming and virtual reality content.” Given the mention of potential gaming and virtual reality content in the Rhimes partnership, Verdu is a good candidate for Netflix to cover both of those bases if they wish to.