Home » News » Fall Guys Is Getting A Nightmare Before Christmas Crossover

Fall Guys Is Getting A Nightmare Before Christmas Crossover 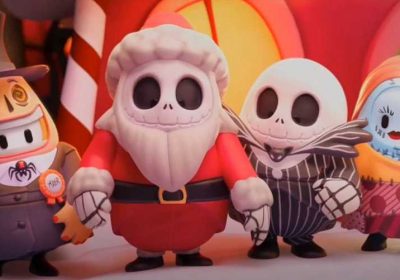 It was clear that Fall Guys was prime for crossover content as soon as it launched in 2020, and it didn't take long for other series and franchises to get in on the Takeshi's Castle-inspired fun. Sonic, Kena, and Ratchet & Clank have all been immortalized as Fall Guys beans. Even a few Disney characters have joined the game during its first year and a half.

The Disney crossovers are set to continue. As was confirmed at The Game Awards, the next Fall Guys crossover is with The Nightmare Before Christmas. Jack Skelllington, Sally, and Mayor, complete with a spinning head, will all be getting crossover skins. There will also be a Santa variant of Jack to further celebrate the holiday season.

Mediatonic has been experimenting with various ways to unlock and purchase skins in 2021, and its Nightmare Before Christmas crossover will be a combination of a couple. The Santa Jack skin can be unlocked via completing challenges, the same as the Ratchet & Clank costumes that were added over the summer. Players will have 11 days starting from December 16 until December 27 to unlock the skin as well as other Nightmare Before Christmas cosmetics.

That might well be how you unlock the other three skins too, but Mediatonic didn't confirm that for certain. They could require crowns or Kudos, but let's be honest, that Mayor skin alone will be worth the 10 crowns it'll probably cost. There will also be a number of other costumes returning to the game over the holiday season, some of which were featured in the same trailer at The Game Awards.