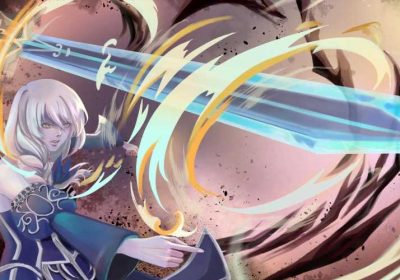 Drakina has been the focus of Fallen Legion Revenants’ fourth chapter, and she has been quite the formidable foe. Her previous two fights have been highlights of the game thus far, and this final bout is not less satisfying – even if it is arguably the easiest of the bunch once you understand the new tricks Drakina has up her now-torn sleeve.

Drakina’s final form is very much like her other forms. Her attacks mainly stay the same – although there have been some minor alterations here and there to her established core. As is to be expected, she also has a few new attacks to bulk up her already formidable roster. She has gained a new weakness, however, and it is one we are absolutely going to exploit for an easy win. 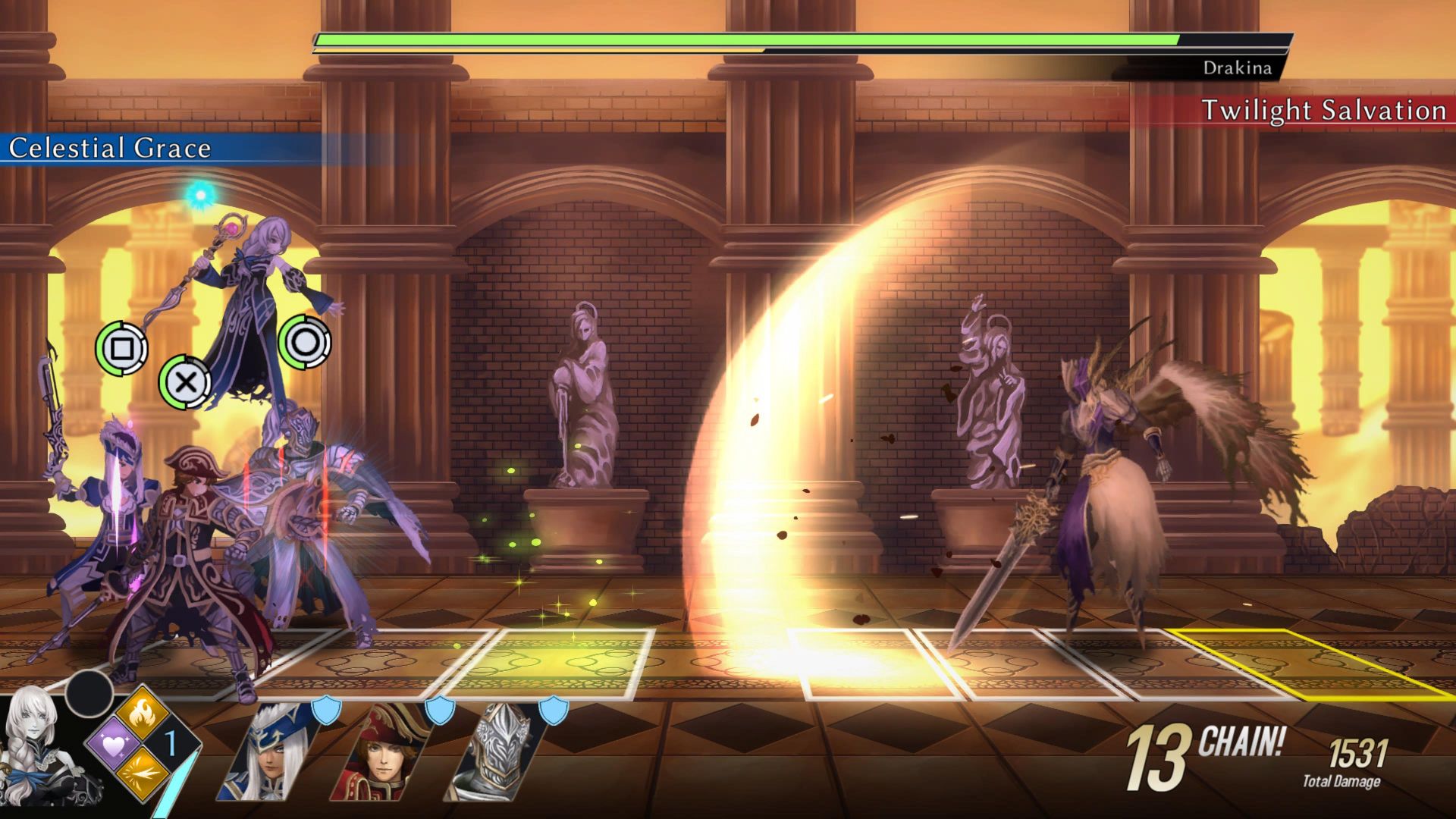 Drakina is mostly the same. She has all of her attacks from her previous encounters, which we won’t cover here as you have already faced them twice. Instead, we will cover what has changed, what is new, and how to deal with them both. 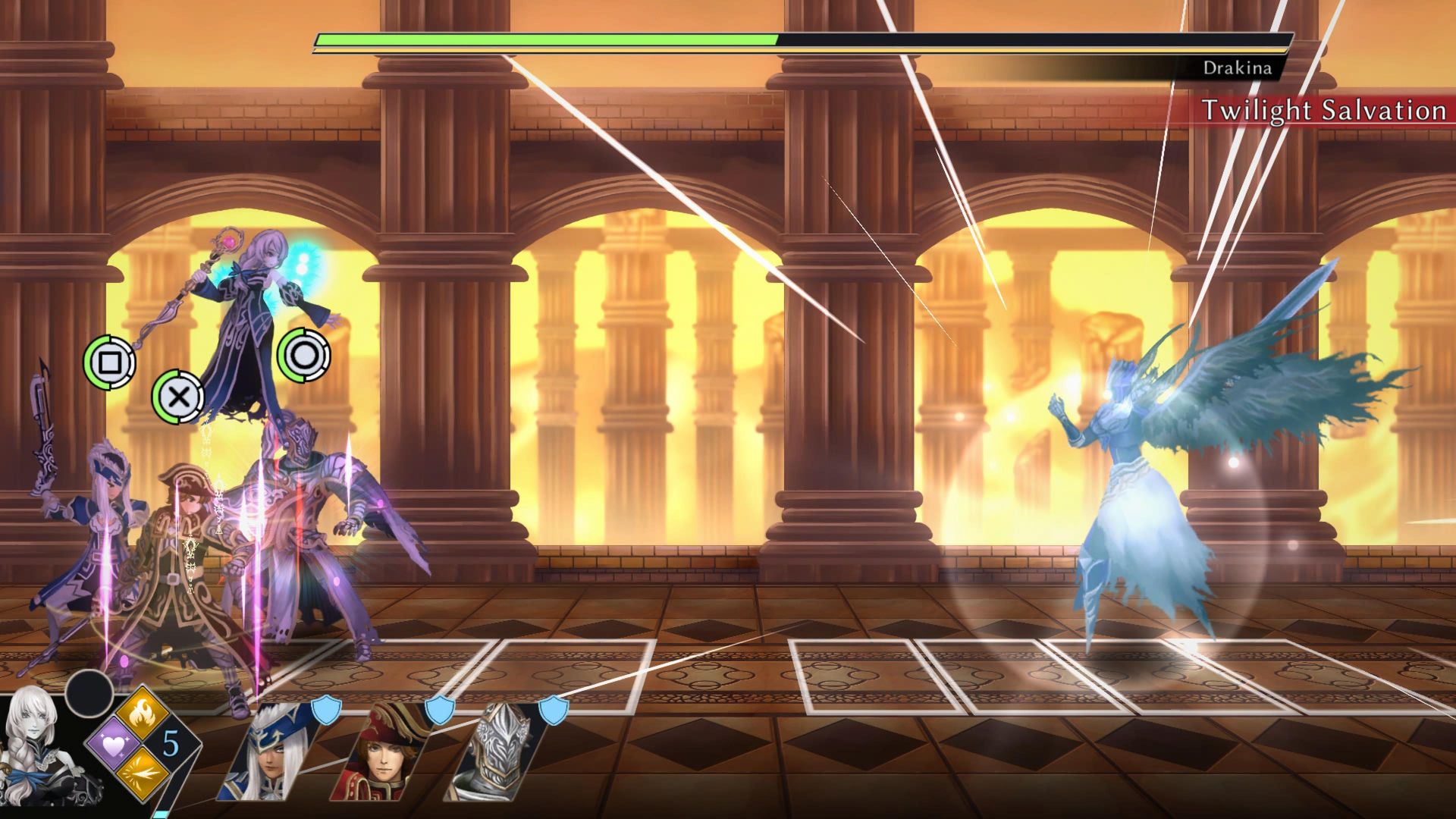 Drakina’s only new mechanic is the aforementioned Twilight Salvation. This is by far the best way to defeat Drakina, but it requires very precise timing to pull off. If you nail it, however, it will open Drakina up to incredible amounts of damage on the regular.

Just to add an extra layer of challenge, every time Twilight Salvation is juggled between your party and Drakina, the wave moves faster, testing your reflexes even further.

Which Exemplars To Use

In this fight, the exact Exemplars are not that important. Then fight is basically tennis with God, and any Exemplar can pull that off – it’s entirely down to your reflexes. We would, however, consider placing your tankiest Exemplar up front and then two ranged Exemplars behind. This is because Drakina is very unfriendly to Melee attackers as many of her attacks can catch that type of Exemplar off guard.

This way you can tank her non-AOE damage on the chin, and have reliable DPS being generated from safety. Try and use Mana Chains to build up your Mana faster too. 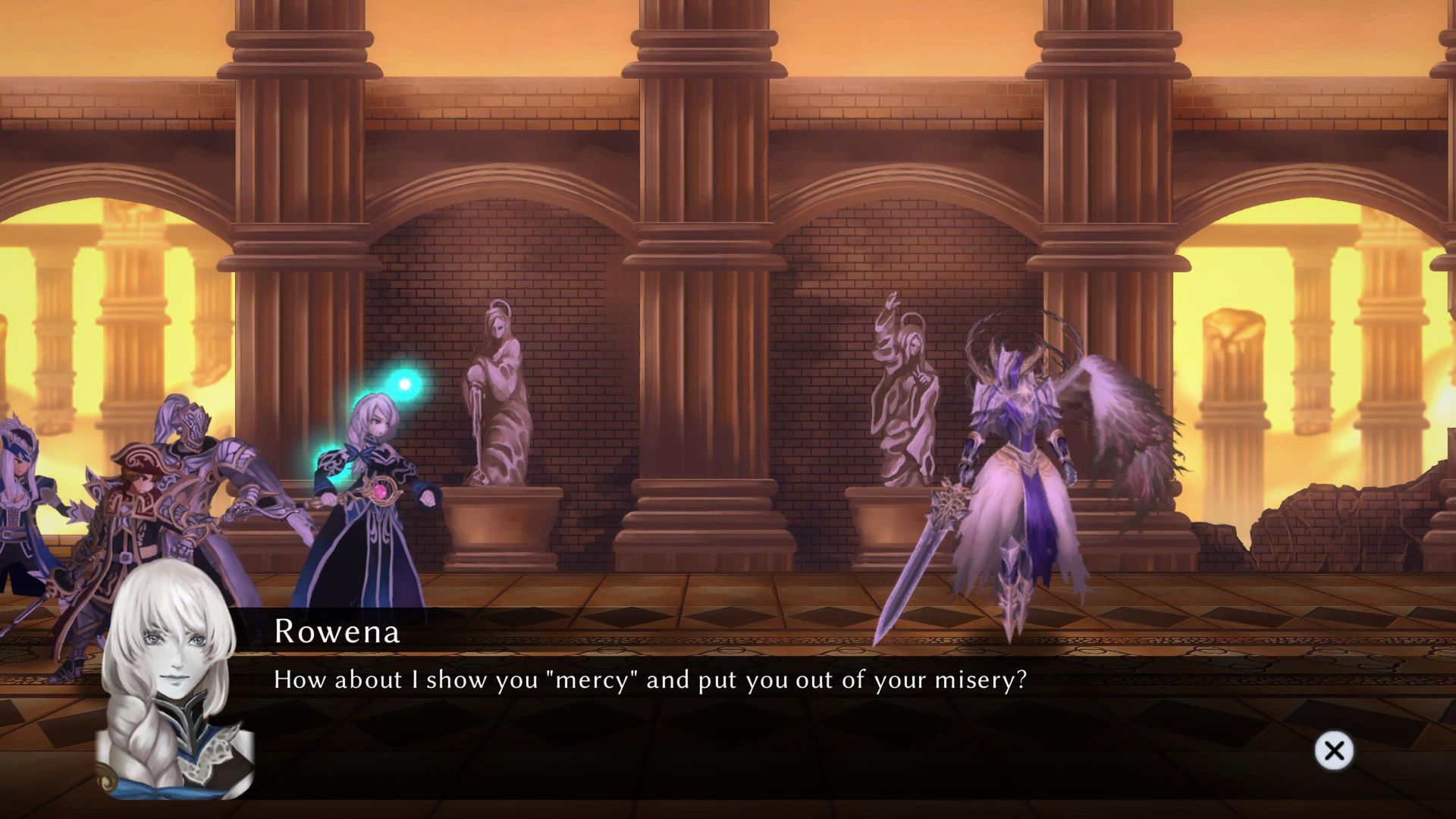 The strategy is really simple for this one. You just have to use everything you learned in the previous fight – for the most part, her attacks have not changed. When it comes to Twilight Salvation, you need to learn the timings if you want to succeed. Drakina will use this attack 3-4 times in a row if you can’t land the Perfect Parry, and that will eat away at your HP and Mana very quickly. Because of this, Drakina is either one of the easiest bosses in the game or one of the hardest.

Don’t forget that Drakina has access to Resistance buffs. Always spend the Mana to push her off these tiles so you can maximise your damage. This fight might be cosmic tennis, but you still want to kill her as quickly as possible.