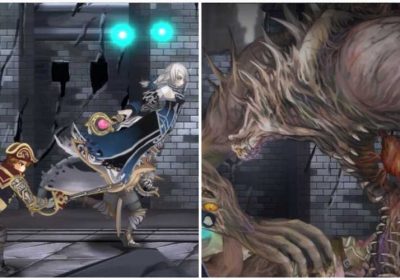 Fallen Legion Revenants took a small break in difficult bosses for a time – probably to allow you to cool off after killing God. This is no longer the case, and as the story rapidly approaches its conclusion, more difficult bosses will start to appear. Humbaba is one of those bosses, and it is easily one of the most difficult bosses thus far.

Humbaba is a disgusting amalgamation of different…things. It looks as hideous in just about every light, and that is not helped by its exposed heart that occasionally falls out of its chest. Looks are not everything of course, and Humbaba is a devastating combatant who can very quickly delete your team if you are not on the ball at all times. 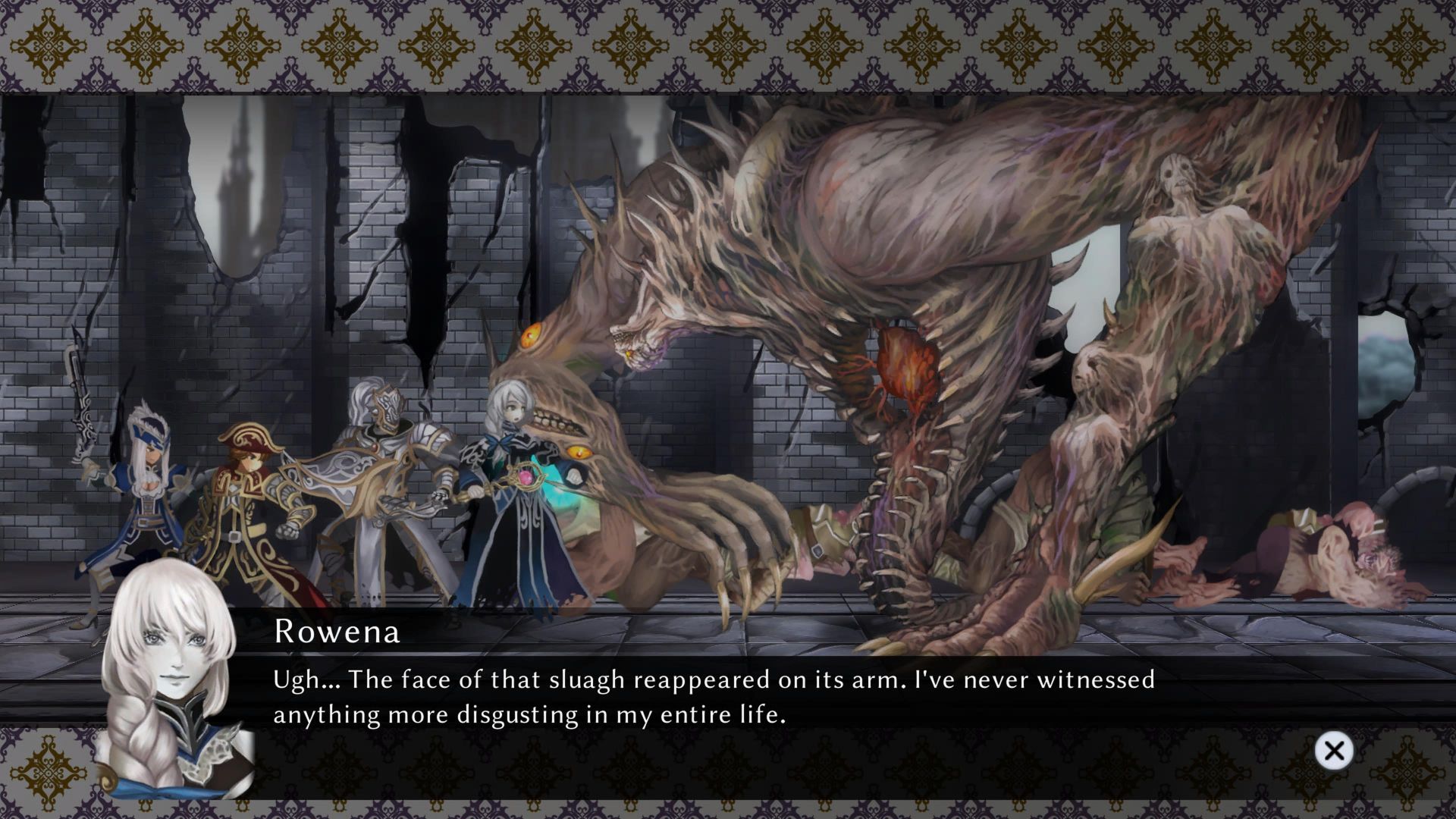 Humbaba is shockingly aggressive and will attack relentlessly throughout this fight. It uses a mixture of AOE attacks and devastating ranged attacks to quickly dispatch any would-be slayer who gets in its way. 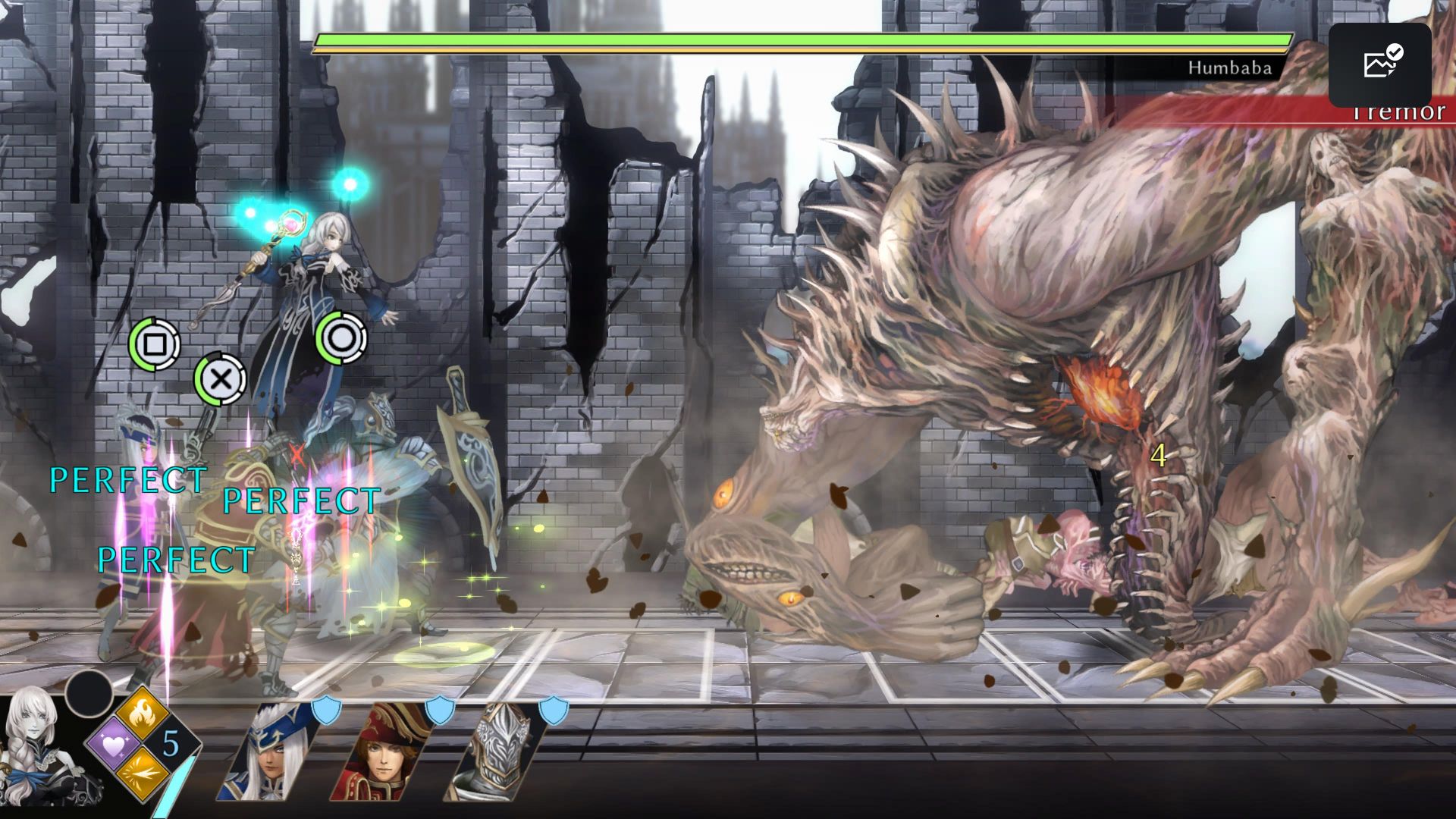 Humbaba has one mechanic that can be exploited regardless of what you did before the fight and another that will only occur if you completed the gear puzzle with Lucien. The universal mechanic involves Humbaba’s heart. If and when Humbaba’s heart is exposed, and you kill it, Humbaba is instantly Staggered and left open for a Rushdown attack.

If you completed the gear puzzle earlier, then Lucien will fire cannonballs at Humbaba randomly, which will cut Humbaba’s BP by around 75 percent. Not only that, but Humbaba takes bonus damage during this animation to both HP and BP, allowing you to very quickly Stagger Humbaba and start a Rushdown.

Which Exemplars To Take

As far as we are aware, Humbaba has no weaknesses and does not deal elemental damage. Because of this, just about any Exemplar will work well. As always, we found Jacquine to be an excellent pick because her Kraken Scourge Deathblow deals tremendous amounts of BP damage. We are talking about a fifth of Humbaba’s BP per cast. This will lead to a near-instant Stagger if combined with Lucien’s cannonballs.

We also enjoyed bringing Evania. Evania is a pretty good support and tank character, but her biggest strength, in our opinion, is her access to Tribuaris Chant which spawns a powerful Mana Spring tile on your side of the board. Humbaba can deal a lot of damage very quickly, and having Mana to heal and still use Deathblows is vital. Not only that, but Evania naturally generates a lot of Mana with her basic attacks thanks to her multi-hitting scythe. 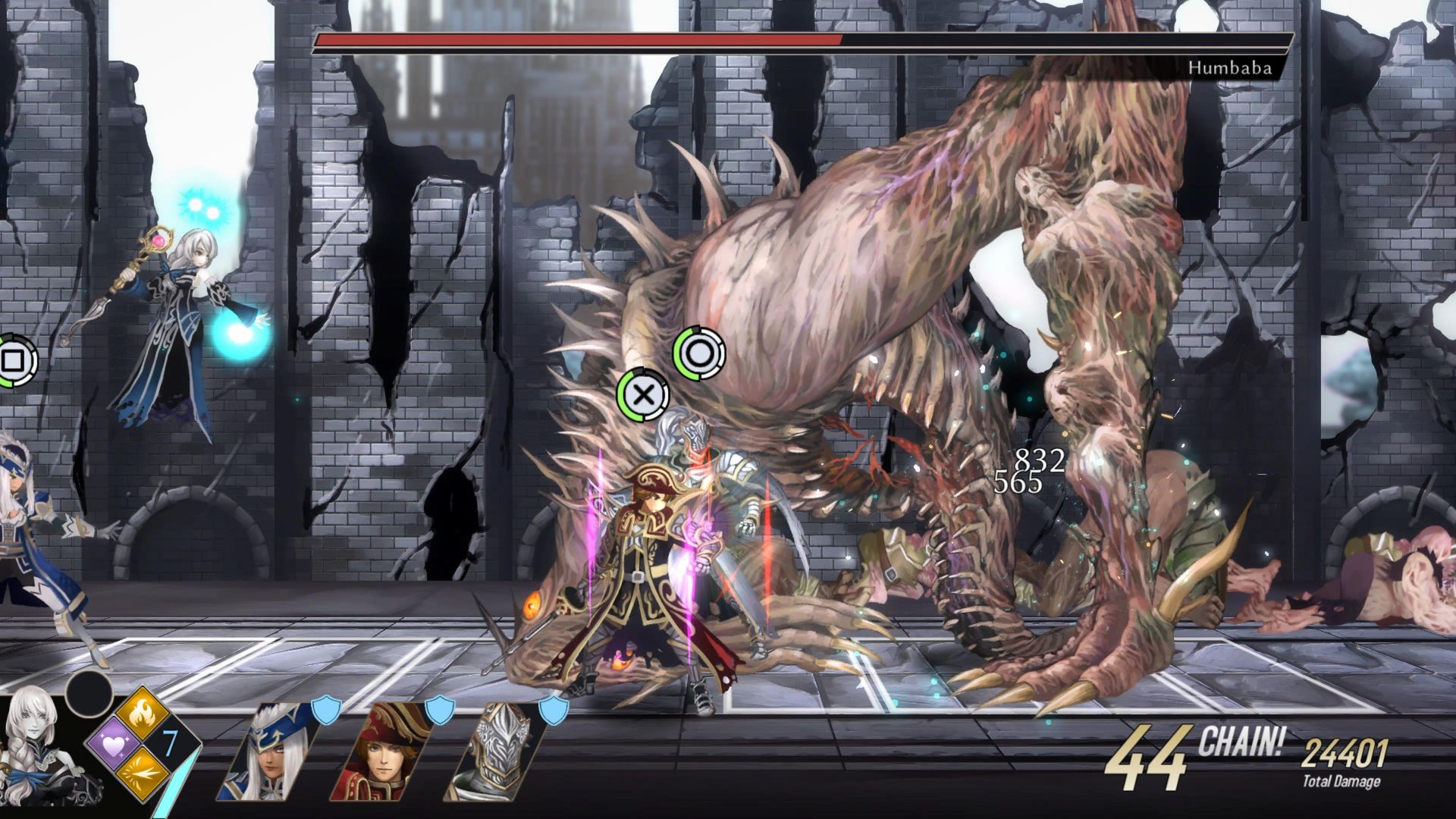 Humbaba is incredibly difficult – regardless of whether you have Lucien helping out with artillery fire. However, it is substantially harder if you don’t, so right from the get-go, we advise retrying this level if you failed to complete the gear puzzle in time. Humbaba in its final phase is ludicrous, and without Lucien’s aid, you will be hard-pressed to pull out a win.

Assuming you have Lucien, Humbaba is slightly more palatable. The first order of business is learning his timings. As is always the case, this is all down to practice, but a general rule for Humbaba’s AOE attacks is to watch his hand. When this stops moving, you should block.

You need to watch out for his unique debuff – most commonly applied by his disembodied hand. Reflecting this at Humbaba is a huge damage swing as the debuff lasts a long time, and the damage increase you will receive is substantial.

You want to apply constant pressure on Humbaba because its BP regenerates pretty darn fast – shockingly so in Phase three. We recommend avoiding full combos as Humbaba has a very small window between each of their attacks. Sending your melee Exemplars in to attack twice and then back off is usually enough. Chipping away with Jacquine from a distance also helps stymie the flow of BP.

If Lucien fires on Humbaba, this is your cue to jump in and do as much damage as you can. Use Kraken Scourge, send in your melee Exemplars and break Humbaba ASAP. Humbaba has a lot of health (especially in phase three), so you will need to Stagger it multiple times if you want to walk away with the win.

You can get away with using Kraken Scourge liberally in phases one and two, but timing it during phase three to coincide with Lucien is a better idea simply because Humbaba’s BP will regenerate too quickly to brute force.