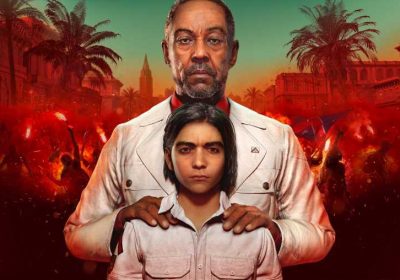 The news comes courtesy of Microsoft/Xbox leaker Aggiornamenti Lumia who provides us with this marketing image from Microsoft Store’s database. The"Game of the Year Upgrade Pass" includes the season pass of three DLC missions where you play as past Far Cry villains Vaas Montenegro, Pagan Min, and Joseph Seed; the Ultimate Pack of in-game equipment including The Vice Pack, the Croc Hunter Pack, and The Jungle Expedition Pack–all of which are available to purchase as microtransactions; and an "expansion" that has yet to be described.

Far Cry 6 did receive several story-based quests as free content releases, culminating in the Stranger Things-themed quest "The Vanishing" back in March. As free content drops, those hardly seem to qualify as an expansion, but this might just be a case of Ubisoft rebranding taking liberties with the definition of "expansion." Or we might actually see some new DLC for Far Cry 6 more than six months after the game received its last update.

Our own Jade King gave Far Cry 6 four out of five stars in her review, praising the game's beautiful open world and its delightful characters, but criticizing the fact it could never quite decide whether it wanted to be Borderlands or Ghost Recon.

"Far Cry 6 has a huge tone problem," wrote Jade. "At times it weaves a compelling tale of political revolution across a likable cast of characters all striving to make their home a better place, fighting back against a regime willing to enslave and murder them at a moment’s notice. Yet so many other moments see this poignant message of progress undermined by Ubisoft’s desire to make it a tongue-in-cheek open-world adventure where anything is possible."

Still, Far Cry 6 is loads of fun so long as you don’t look too deep into the ethics of murdering your way into overthrowing a tyrannical government. Far Cry 6 is available now on PlayStation, Xbox, and PC.