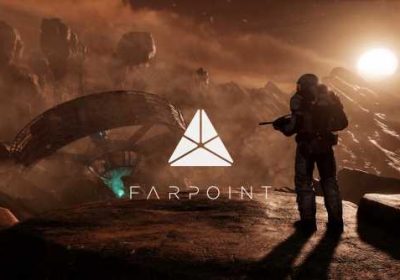 A seemingly accidental leak from PlayStation itself suggests PSVR exclusive shooter Farpoint will be included in March’s PlayStation Plus line-up.

Original Story: Plus is Sony’s console subscription service that grants access to online multiplayer and a catalogue of free titles launched monthly. This coming month’s selection was just posted on the official PlayStation Netherlands Facebook page before swiftly being removed again. But not before people saved the accompanying image, of course. Oops. Just keep in mind there could be some changes before a proper announcement then.

But, if things don’t change, Farpoint will debut alongside Final Fantasy VII Remake, Maquette and Remnant from the Ashes. Released in 2017 and developed by Impulse Gear, Farpoint is a sci-fi shooter in which players find themselves stranded on an alien planet. They must try and fight their way off world in a single-player campaign, with some small multiplayer modes also available.

We were quite fond of the game, awarding it 7/10 in our original review, though it definitely suffered from simplistic design and other issues. However, while it’s great to see Farpoint go on the list of monthly games, we can’t stress enough that you should really track down a PlayStation Aim controller if you intended to play it. The game was designed with the rifle-shaped device in mind and, while you can play it with motion tracking on a DualShock 4, the experience is far superior with the proper tools in-hand.

It’s been a little while since Sony included a PSVR exclusive title in the PS Plus line-up. Last month saw Concrete Genie and its add-on mode go free, but the company has never included VR titles on a monthly basis. That said, we’re usually used to getting three titles in a Plus line-up; could the addition of a fourth suggest we might get new VR titles from here on out? It would certainly be a great way to build up to the launch of the recently-announced new PS5 VR headset, so here’s hoping.

Will you be trying out Farpoint on PS Plus? Let us know in the comments below!