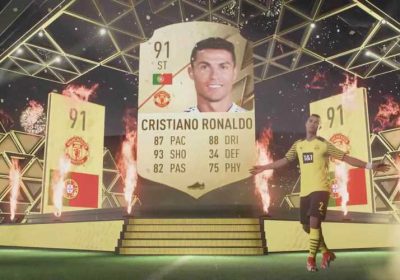 Packs are better options than coins to buy players capable of taking your team to glory, for example. It's because there is a greater chance of getting a valuable player like Ones To Watch when you grind a pack rather than go for such a player in the transfer market with a minimal coin budget. Hence, what are the best strategies to get many packs in FIFA 22 Ultimate Team? Let's take a look at that. 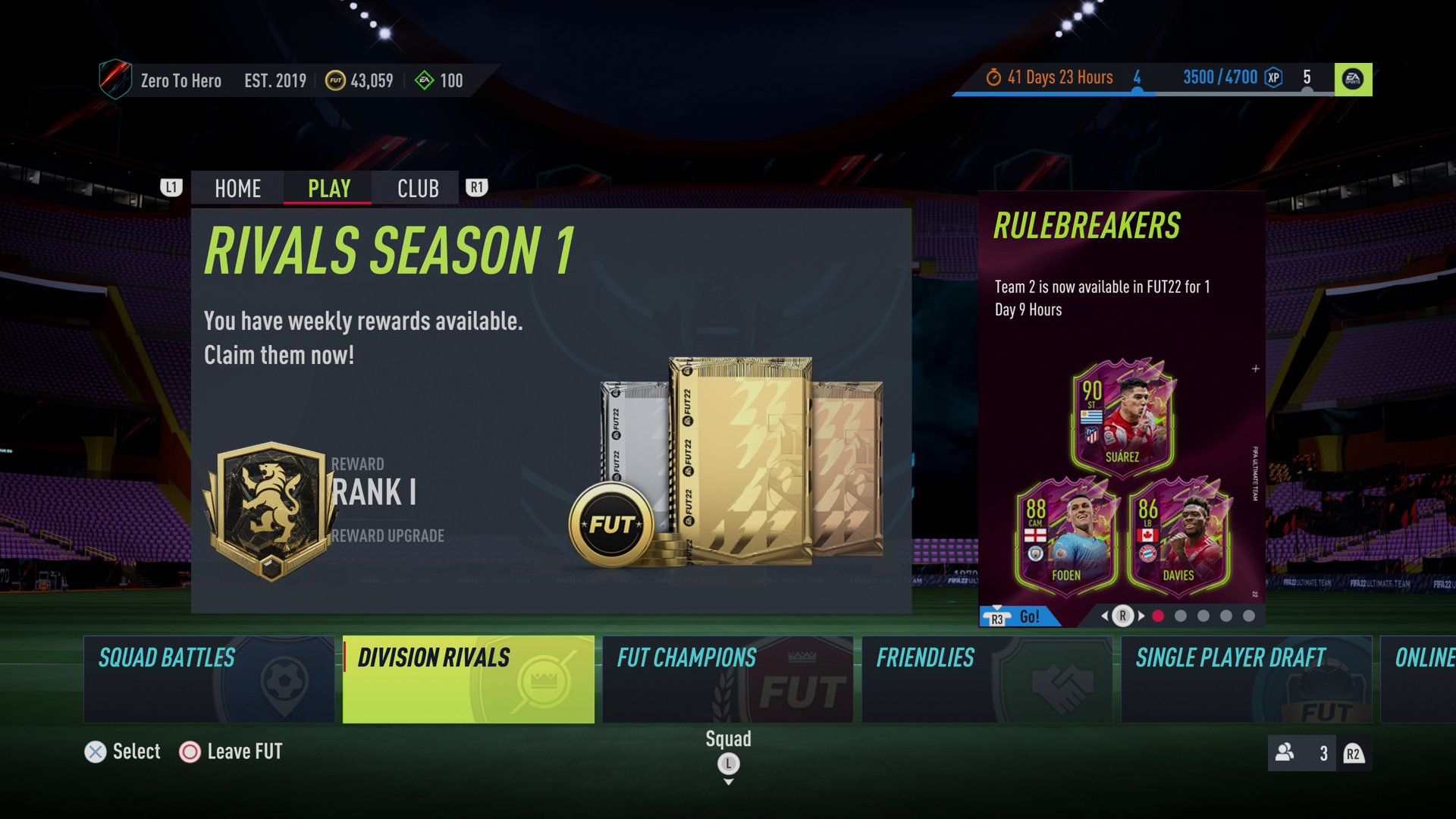 You can grind packs in FIFA 22 by going through division rivals. And this can go in two ways—through weekly rewards and seasonal rewards.

Weekly rewards are based on your overall wins, rank, and division in FUT each week. You must secure either three wins or seven wins every single week to get rewarded in packs. Anything less than these marks, you won't be rewarded. Meanwhile, if you get more than seven wins, it doesn't have any extra effect on your reward.

Unlike weekly rewards, this is seasonal and can span for 50 days or more. You have to secure 20, 50, or 90 wins to earn FIFA 22 packs as a reward. Rewards will be paid out to you at the end of each season.

If you earn many wins when you are in a high division, this will increase the chances for you to earn better rewards such as a rare mixed players pack, prime gold players pack, or jumbo rare players pack.

There are two ways you can grind packs through FUT Champions on FIFA 22.

You must earn at least 1,500 qualification points from division rivals before you can qualify for the Champion's playoff. In the champion's playoff, there are nine matches you must complete.

You should focus on getting to rank two because this will earn you a qualification token into FUT champions final. Nonetheless, if you cannot make it into rank two, that's okay. You will still get nice tradable and untradeable packs as rewards.

All you have to do is make sure you complete all nine matches. The packs you earned will be instantly added to your account.

FUT Champions finals are only accessible to you when you rank two or higher after the nine matches in the Champion's playoff.

If, for example, you quit all 20 matches before the Champions Final, you will still receive 20 points. By earning these 20 points, you will jump to rank five. This means you get rewarded packs such as player picks, jumbo freeman gold pack, 500 champions qualification points, etc.

You play against AI in squad battles on FIFA 22. To be rewarded packs in squad battles, you need to play and win as many matches as possible on the highest difficulty level.

You should wisely select a difficulty level you know you can take on in squad battles. This is to be sure you don't fall under situations in matches where you get beaten by the AI but rather secure many wins possible to get points as rewards.

Your end goal must be to get as many points as possible. This actively affects how high you go up the rank. A higher rank means you can get better packs as rewards, such as mixed prime player pack, premium electrum player packs, and jumbo premium gold packs.

In the FUT draft on FIFA 22, you can grind packs through single-player drafts and online drafts. You have to pay 300 FIFA points or 15,000 coins or one draft token to enter any of the two FUT drafts. After that, you will go through four stages with your team and must win all.

You will be allotted a maximum reward such as loan player packs, or silver packs at the end of the four wins.

Single-player drafts are not as good when compared to online drafts.

Every week, there are new challenges on SBCs such as Newcomer's Challenge, Marquee Matchups, etc. The rewards for each challenge differ. When you participate in SBCs you can get a coin reward, draft token, or packs.

It is worth going through SBCs challenges that reward packs such as two rare gold players packs or higher.

Additionally, in SBCs on FIFA 22, EA occasionally releases promos. During these promos, EA gives out packs with guaranteed ratings. These packs are worth grinding as you can get quality players. 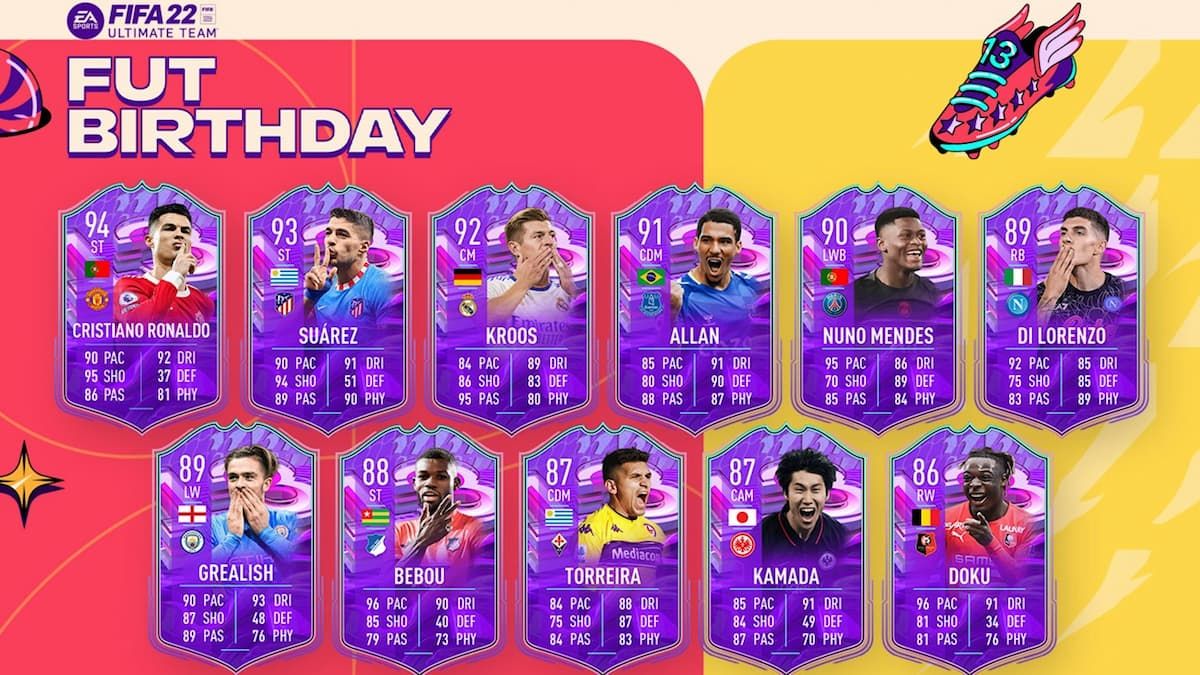 You might not know about this, but EA occasionally gives out packs during special events such as FUT's birthday. It gives rewards as a celebration for the event or simply a "Thank you for playing FIFA 22 ultimate team". You get this type of reward based on the amount of time you played FUT 22 in a year.

If you are a FIFA player with a modest coins budget, you should consider gaming consistently with packs instead of coins. Packs help you get players with no strings attached. Meanwhile, if you want to buy a slightly above-average player with coins, you will have to spend a lot of coins. So it is better not to waste your coins but focus on the best ways to grind lots of packs. 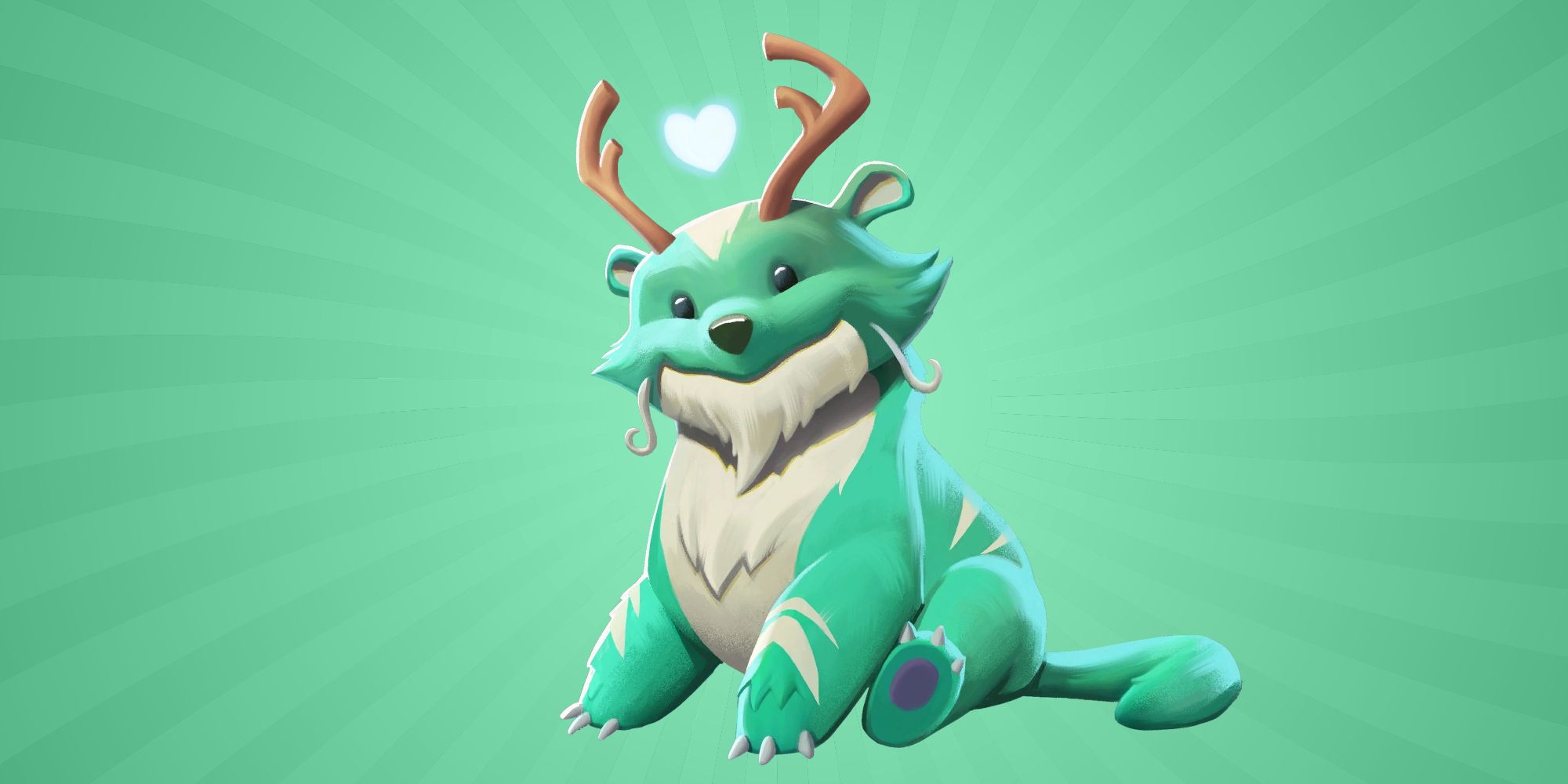