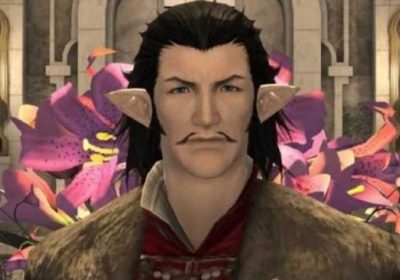 Sometimes, the world feels like one bad news story after another. Then, other times, you hear a story or read some news that can really restore your faith in humanity. One such piece of news involves the passing of a voice actor and how their friend embarked on a virtual journey just to hear them again.

Last year, British actor Stephen Critchlow passed away. Fans of Final Fantasy 14 will recognize him best as the voice of Count Edmont de Fortemps. After Critchlow’s passing, one of his friends and fellow actors, Robert Harper, decided to embark on a journey within the MMO just to hear his friend’s voice again. That journey took him 194 hours!

Speaking to GamesRadar+, Harper explained how he met Critchlow and how this whole thing came about. He explains that the two met back in the mid-'90s, you know when denim-on-denim was a thing. They were both contracted as part of BBC’s Radio Drama company and went on to do a “huge amount of radio together”. The rest, as they say, is history.

After Critchlow’s passing last year, the Final Fantasy 14 community gathered to hold a massive vigil in-game for the actor. While Harper is an “avid gamer of over 40 years”, he had never played the MMO before. That changed as the anniversary of his friend’s passing loomed and he wanted to experience the game that loved and honored him.

So, Harper jumped in and spent a total of 194 hours to reach the beginning of the Heavensward expansion, where Critchlow narrates that opening cinematic. Hearing his friend’s work for the first time was an “extremely emotional” experience for Harper. He then shared this experience online to the world and has been overwhelmed by the love for his friend from the game's community.