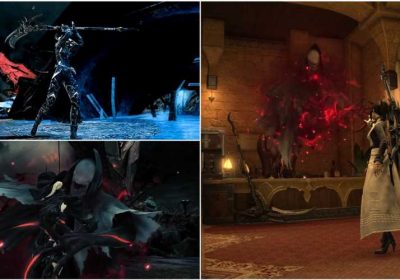 Endwalker, the final expansion of the Hydaelyn and Zodiark arc of Final Fantasy 14's story, is finally here and offers many things for fans to see, do, and ultimately cry over. Among those things are two new Jobs, one of them being the Reaper, a melee-based DPS class that has many tricks up its sleeve.

Taking on the role of Reaper is surprisingly easy to do. Still, if you're new to the Melee DPS action, some of the Job's rotations, abilities, and positioning can take some getting used to, especially in some of Endwalker's late-game offerings. However, don't let that deter you from choosing this Job, as it offers a unique and fun experience overall. 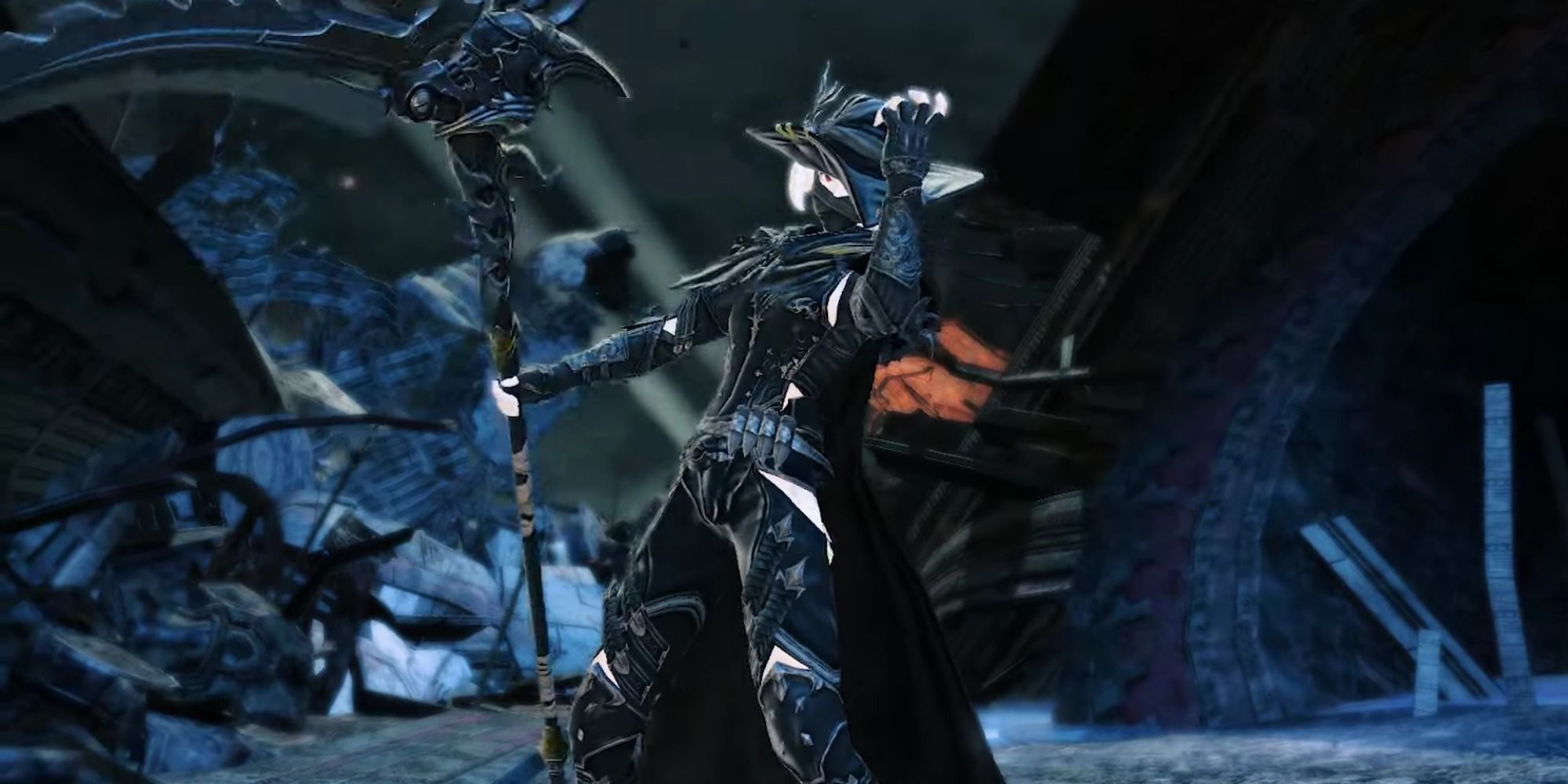 Despite the Job becoming available to Endwalker owners at level 70, the Reaper's true potential doesn't start showing until you obtain level 80 with it, which can take a bit of time and effort to achieve. In general, if you want to reach level 80 fast, you must be prepared to grind. A lot. Below is a list of activities you should seek out to get your Reaper up to level 80 the quickest way possible.

A common occurrence in Final Fantasy 14 whenever a new Jobs launch is "FATE trains," where a group of players in the same zone moves from one FATE to another to grind out EXP gains, allowing them to gain a decent amount rather quickly. These groups primarily consist of random players and will likely be happy to have you join the grind as the more players in the FATE train, the faster you will complete the FATE, making for much faster experience accumulation over time.

One of the most popular methods of farming experience is via the Duty Roulette, which has a daily bonus for completing each of the duties in the roulette, which should be your top priority for significant experience gains each day. However, note that since this is a DPS class, queue times are typically long and can take an extremely long time to find a Dungeon. But, the good news is that you can participate in the FATE trains mentioned above while waiting in your queue.

Participating in the daily Nutsy Clan Hunts is an excellent way to earn large amounts of EXP and can be done on your own as well, which is always lovely. Head to The Crystarium and go to the Clan Hunt Board to take on these hunts. Your targets will always be in regions found within the Shadowbringers expansion.

Skirmishes and Critical Engagements are encounters found within the Bozjan Southern Front in the Shadowbringers expansion. Skirmishes are very similar to FATEs as they will have you take on groups of enemies, defend targets, gather materials, etc. What makes Skirmishes a bit different from FATEs, however, is they have a chance at spawning Critical Engagements after completion, which is another excellent way to earn experience.

Critical Engagements must be registered from the Bozja Finder and get spawned in after completing Skirmishes (mentioned above) or defeating specific Magitek mobs in the area. Critical Engagements also allow 24 or 48 players into particular instances, which means it will pick players at random if more than the limit queued up to participate.

What makes Skirmishes and Critical Engagements worth your time, though? Well, these encounters will automatically scale your class up to level 80 and bring your gear up to 430, allowing you to earn a bit more experience than your current level if you can complete them with a group of others.

Another system implemented into Final Fantasy 14 via the Shadowbringers expansion is the Trust System, which allows you to challenge dungeons with several of your NPC friends you've met throughout your journey. However, this method will be a bit monotonous, and you will be grinding out the same dungeons repeatedly. If you don't mind the grind, however, it takes roughly 3-4 dungeons to level up once, which could be much worse, we suppose. 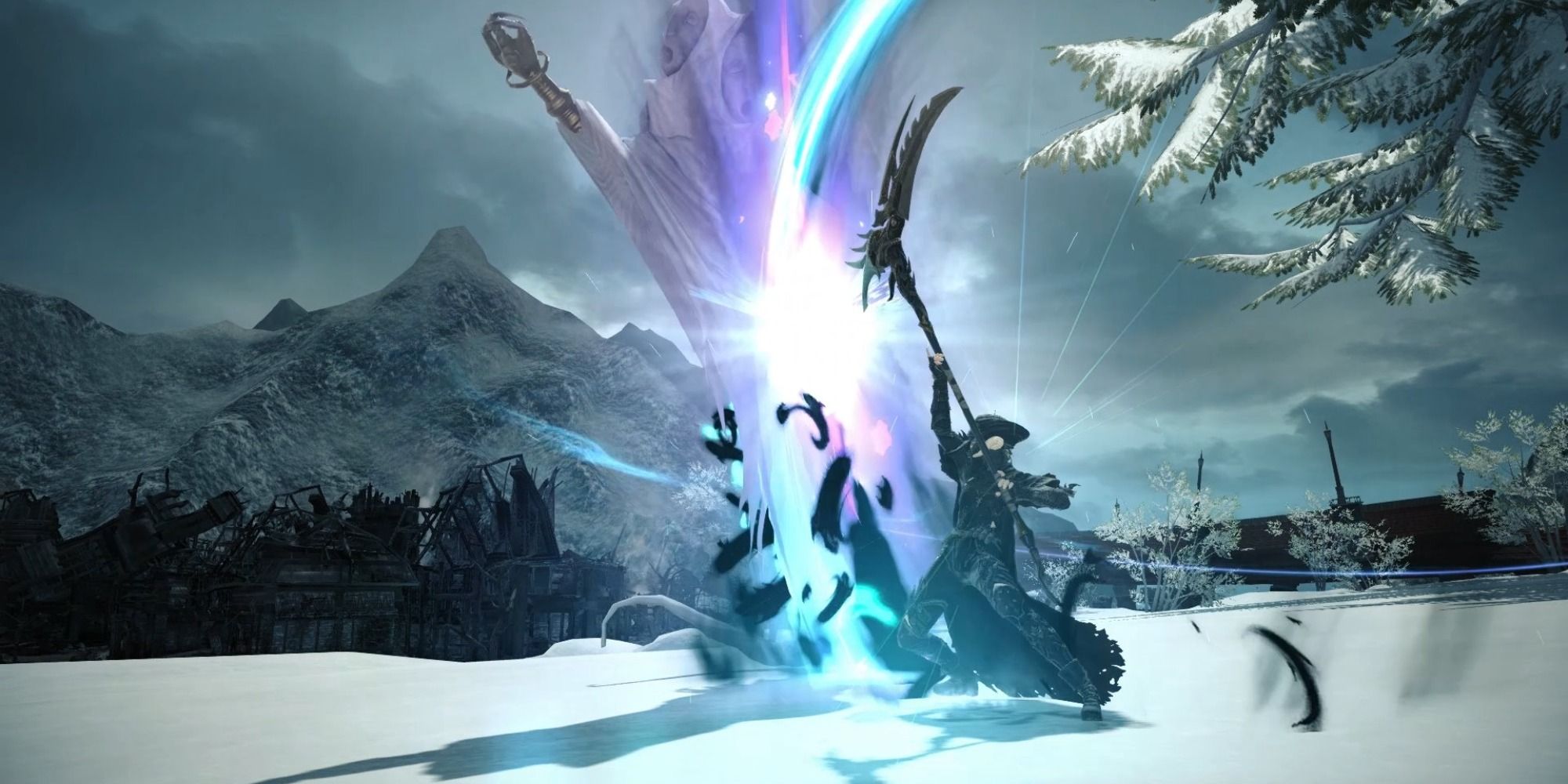 The Reaper has a pretty solid initial set of skills available from the get-go as it starts at level 70 and has a wide range of powerful combos and incredible abilities you can pull off as a result. Although, for newcomers, this Job's Soul Gauge may seem daunting at first, but it is pretty manageable once you get the hang of it.

Before launching into your basic combo strings, you should always perform one of two attacks depending on which combo you plan on using. This way, you will get the most out of the Reaper's special attacks.