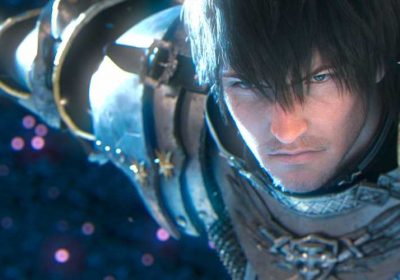 After Endwalker's launch caused massive server congestion and caused Square Enix to take Final Fantasy 14 down for digital sale, Naoki Yoshida has confirmed that it'll be back to purchase once more from January 25.

The announcement was made through the latest Lodestone blog post, titled "Regarding the Expansion of FFXIV's Operations". In it, director Yoshi-P discusses congestion within Final Fantasy 14, and how it has decreased enough in certain worlds that Square Enix has decided to put the game back up for digital sale.

Yoshida notes that "the playtime and login frequency of current players is steadily returning to normal levels". He also said, "In the event servers continue to experience extreme levels of congestion, we may consider suspending digital sales again. We are aware that certain Worlds are experiencing high server traffic at peak times, and while some may consider this decision to resume sales to be premature, we ask for your understanding in this matter". Yoshida also confirmed that the free trial will return after seeing how traffic is affected. 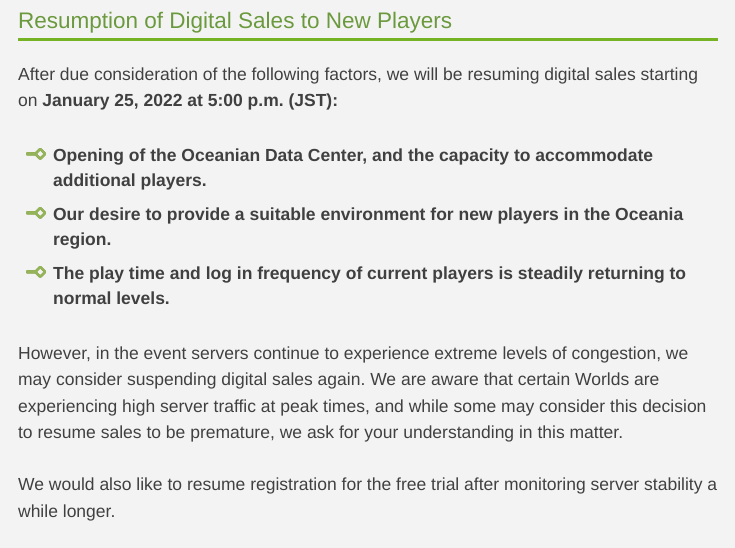 To go alongside Final Fantasy 14's return to digital storefronts, Square Enix will also be opening a new Oceanian data centre on January 25, which will include five new worlds. The Home World Transfer Service will also resume for all data centres on January 26 now that server congestion is down.

That's not all though, as Yoshida also gave an update on the Data Centre Travel System, which will allow players to visit worlds from the same physical data centre. Although it was planned for release closer to Endwalker's launch, it was delayed due to the number of players. It is now being planned for release alongside the 6.1x patch.