Final Fantasy XIV: How To Complete The Moonfire Faire 2020

The Moonfire Faire has once again arrived in Final Fantasy XIV, and players ought to hustle if they want to snatch up their rewards before the event ends on August 26th. Unlocking the rewards involves a handful of quests that leads players to Costa del Sol, the rather distasteful Master Gegeruju’s seaside resort.

To pick up the event quest, head to the Limsa Lominsa Upper Decks and run to the plaza with the Calamity Salvager. The plaza has been entirely transformed for the event, making it obvious where to go. Make sure you have a Disciple of War or Magic class at level 30, then speak with Mayaru Moyaru to pick up “A Fish Too Far”.

The quest will take you to Costa del Sol, where the Faire’s organizer tells you a little more about the resort’s shark problem. Long story short: fight walking, 20-foot-tall sharks with giant sentient firebombs, and the power of hula! 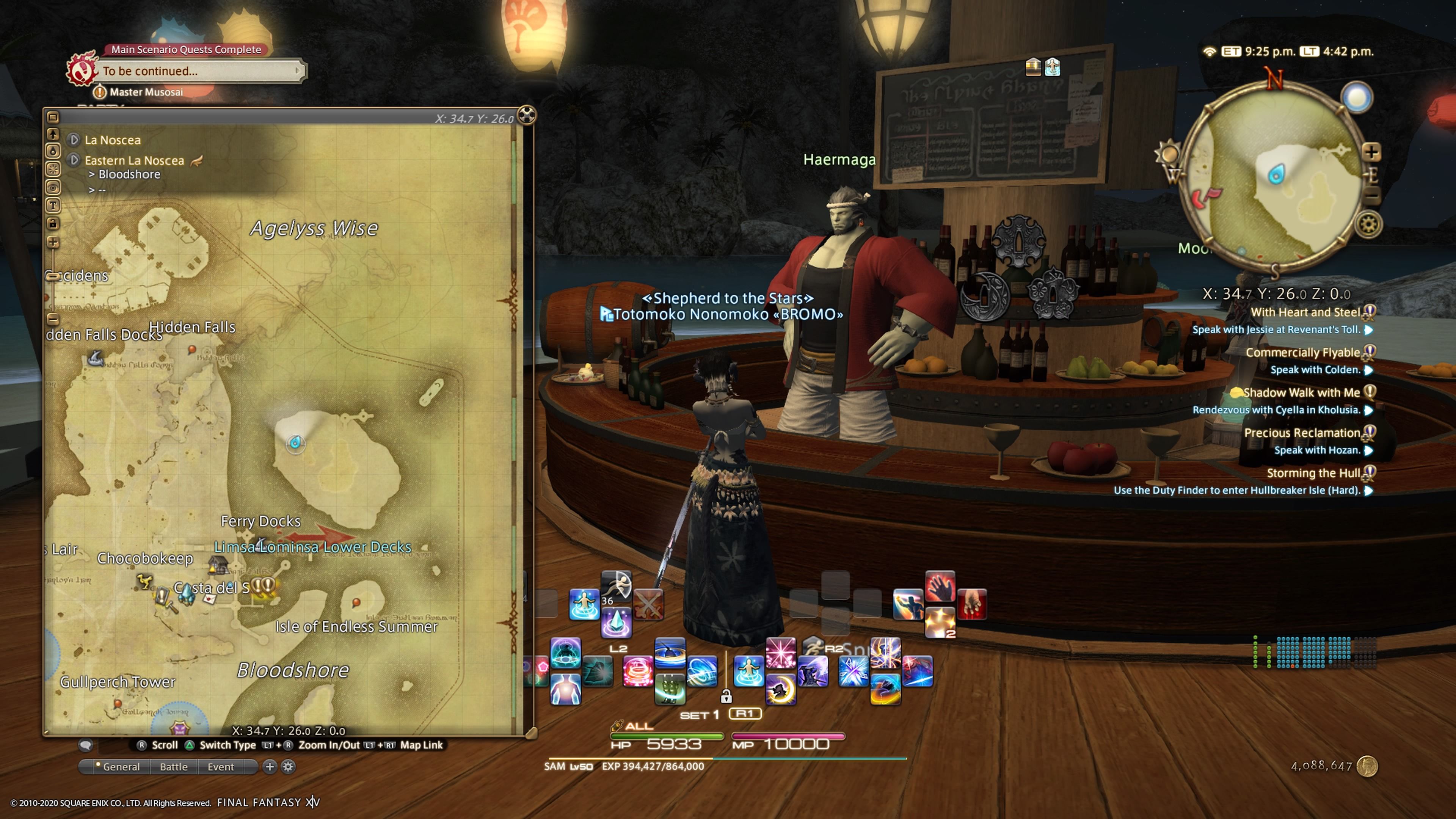 In order to unlock Moonfire Faire 2020’s rewards, players will need to complete the FATE “Bombard vs. Shark”. Be careful about partial participation—while you’ll still get the clear if you join the FATE even halfway through, how much you participate affects the number of event tokens you acquire. 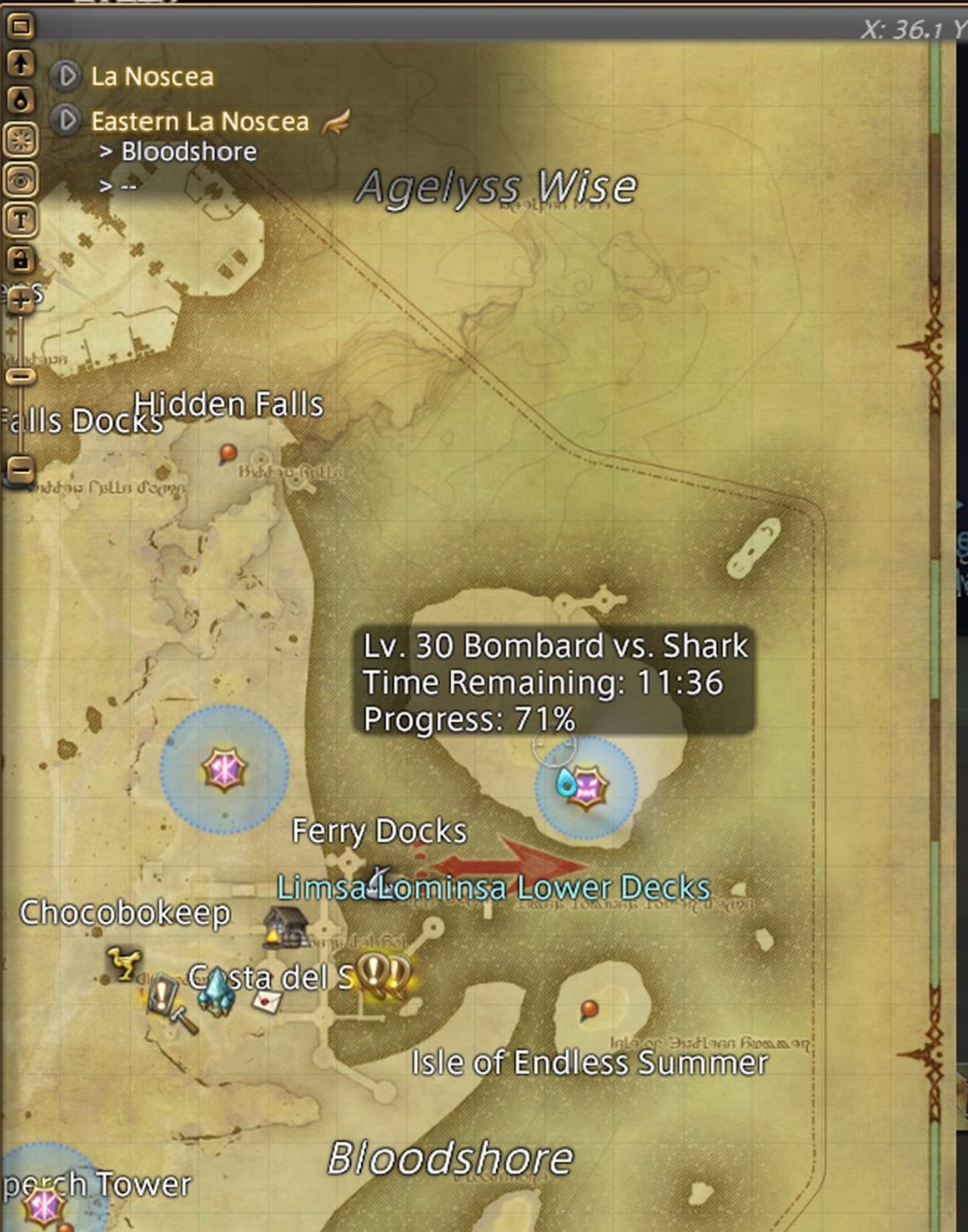 Upon joining the FATE, your hotbars will be replaced, leaving you with only two actions: the Invigorating Dance and the Enkindling Dance. To start off, use the Invigorating Dance to make your Bombard grow! Its size can be tracked on the FATE sidebar, but you can also spam it until you receive a message saying the dance cannot be used anymore. Once the Bombard reaches max size, use the Enkindling Dance to have it drive the shark back to the ocean.

The shark will retaliate at the Bombard with very large AOEs, so make sure to move out of them as necessary. Players can’t use potions or restorative abilities, and any healers participating in the FATE won’t be able to help, so getting caught in one too many AOEs will result in death. Likewise, the shark’s water-based AOE attacks will also result in the Bombard shrinking in size.

Players will need to continuously repeat Invigorating Dance until the Bombard is at max size, then use Enkindling Dance while dodging AOEs until the shark has been pushed back to the shore and the FATE ends. The FATE will award event tokens based on how much the player danced during the FATE. Participating dutifully will net players the full 15 tokens, whereas coming in at the butt end of the FATE or not dancing enough will only award 5 or so tokens.

After completing the FATE, players will have to pick up and complete another quest from the event NPCs (no spoilers!) in order to acquire the event dance and be able to access the event cosmetics. Players will need at least 30 event tokens to purchase the entire Summer’s Flame set and event furniture item.