Fire Emblem Engage’s Protagonist Was Designed By A VTuber Designer 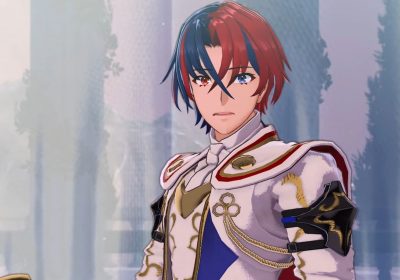 Fire Emblem Engage’s new protagonist has a very distinctive look. It goes way beyond the usual anime-style aesthetic, which often involves hair colors that are generally impossible without hours in a salon and some extremely expensive hair dye. One could even say that he looks like a fan-made avatar designed to be used by Twitch streamers. And you’d at least be partially right.

As noted by Kotaku, the hero of Fire Emblem Engage was actually created by a Vtuber designer. Artist and illustrator Mika Pikazo took credit for the new hero on Twitter, writing: "I designed the characters for the Nintendo's new FE title Fire Emblem Engage. Please look forward to the game!"

Pikazo is definitely good at making distinctive looks, although the reaction to Fire Emblem Engage's nameless hero is a bit mixed. Some are supportive, while others are busy making comparisons to Pepsi or toothpaste. And there's at least one Sonic and Knuckles joke floating around out there, although there's probably more to be found.

We still don't know much about the Engage protagonists, but we do know that they've awakened from a 1,000-year slumber in order to prevent the resurrection of the evil Fell Dragon. They can also wear rings that appear to summon past Fire Emblem characters, with Marth and Sigurd getting a lot of screen time in yesterday's trailer. You might even be able to merge with these characters to perform some special attacks, although the trailer wasn't entirely clear on that point.

Fire Emblem Engage arrives January 20, 2023, only on the Nintendo Switch.