Home » News » Fire Emblem Three Houses: Best Characters To Recruit To Golden Deer (And How To Get Them)

Fire Emblem Three Houses: Best Characters To Recruit To Golden Deer (And How To Get Them) 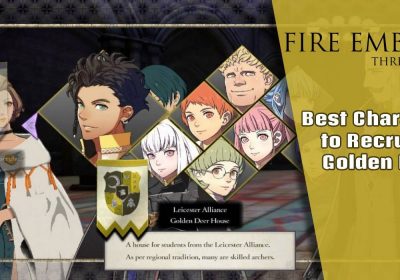 The Golden Deer House is considered the most balanced house that you’ll find in this game’s story. As soon as you start playing this game, your character, Byleth, will have to choose one of these houses to become their teacher and bring the students to their full potential.

Compared to the other houses, the Golden Deer students have humbler beginnings, and most of them are really good with bows. Byleth will be in charge of teaching them everything he or she can while training himself/herself as well.

If you chose to teach the Golden Deer, you should know those aren’t the only students you can take under your wing. Fire Emblem: Three Houses lets you develop relationships with all the characters, including the ones from other houses. These relationships will eventually allow you to recruit other students into your chosen house to fill the areas where it’s lacking.

In the Golden Deer House case, you’ll want to look for offensive units more than anything else, so these are the best characters you could recruit for that House. 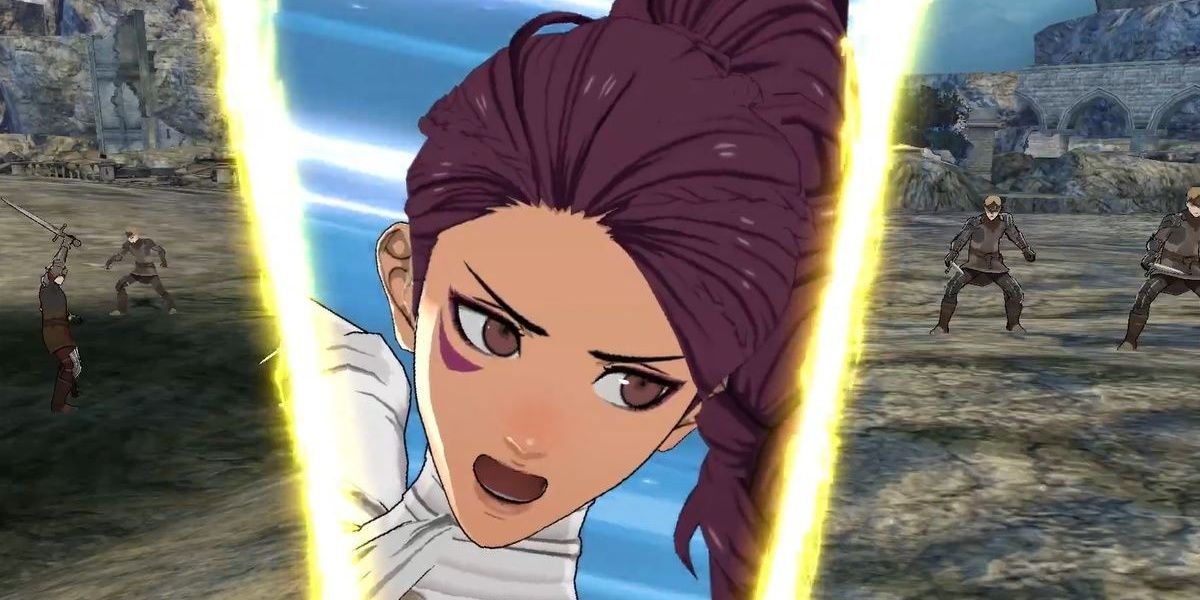 Petra is a melee unit, though she can perform as a flying unit as well. Petra is a character considered an offensive type. She is good with swords, axes, and bows and helps the Golden Deer deal extra damage to enemies.

She is a good option for the Assassin Class. Her Hunter’s Boon Ability grants her +20 critic damage when the enemy’s hp is below 50%. She has good Supports with Claude.

You can recruit Petra if Byleth has DEX 15 or higher, along with a C Rank Riding Skill, or by getting a B Support with her, so she will ask to join you. 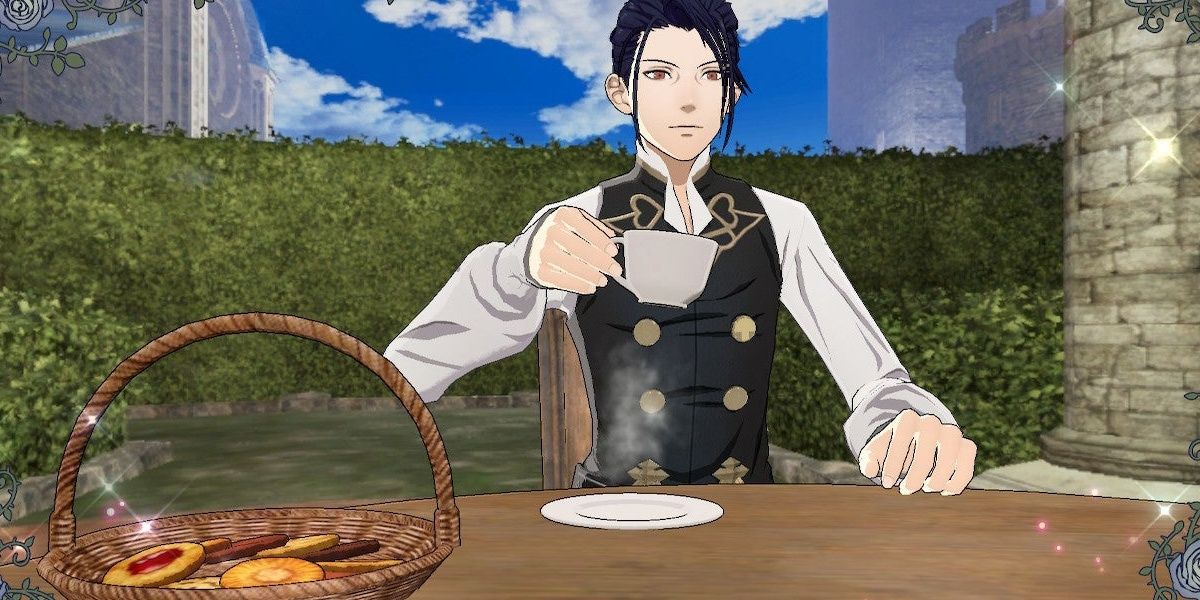 Felix is a character with good speed and an excellent sword unit, making him perfect the Assassin/Swordmaster Class. Felix will be an additional sword beside the other sword unit of the House, Ignatz.

This character can also be an offensive type. His Lone Wolf Ability grants him +5 additional damage to the enemy when he has not been assigned any battalion.

You can recruit him if Byleth has SPD 15 or higher, along with a B+ Rank Sword Skill, or by getting a B support with him, so he will ask to join you. 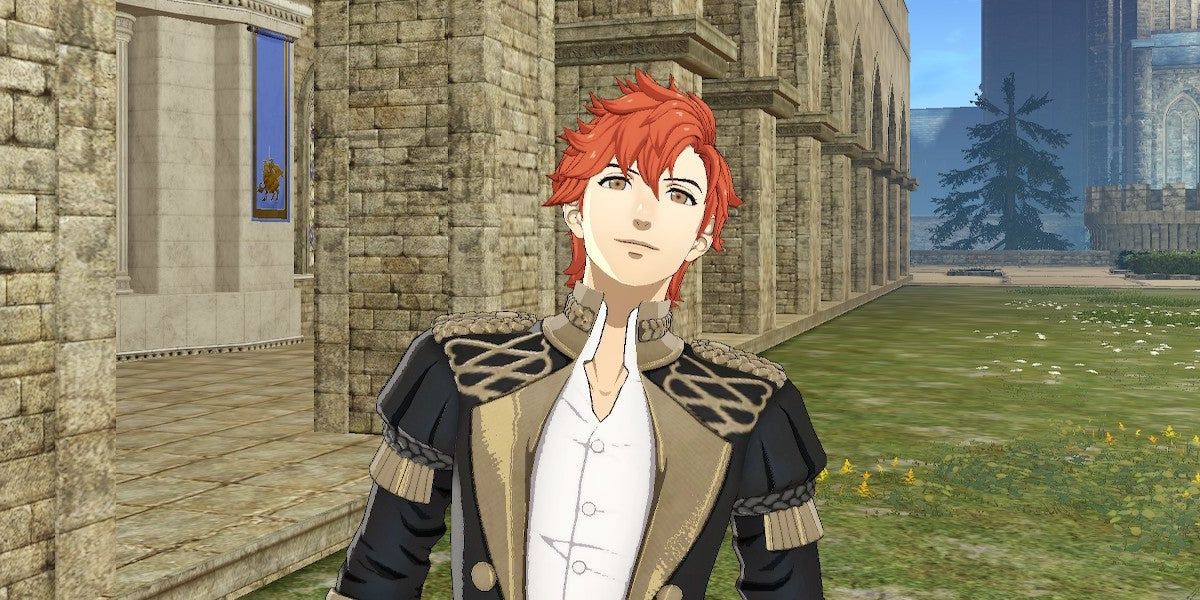 Sylvain works well with both Hilda and Leonie. He is another offensive type and can perform on the front lines as a tank unit, with Lance as an additional mounting unit.

Sylvain can do well in the Wyvern Lord Class. He also has a Paralogue in the game that gives him some stats boosters. His Philanderer Ability grants him +2 damage to the enemy and -2 damage received if he is next to a female ally.

You can recruit him if Byleth has CHA 25 and a C Rank Reason Skill, or get a B Support with him, so he could ask to join you. However, that only applies to a male Byleth, as female Byleth has Sylvain as a free recruit. 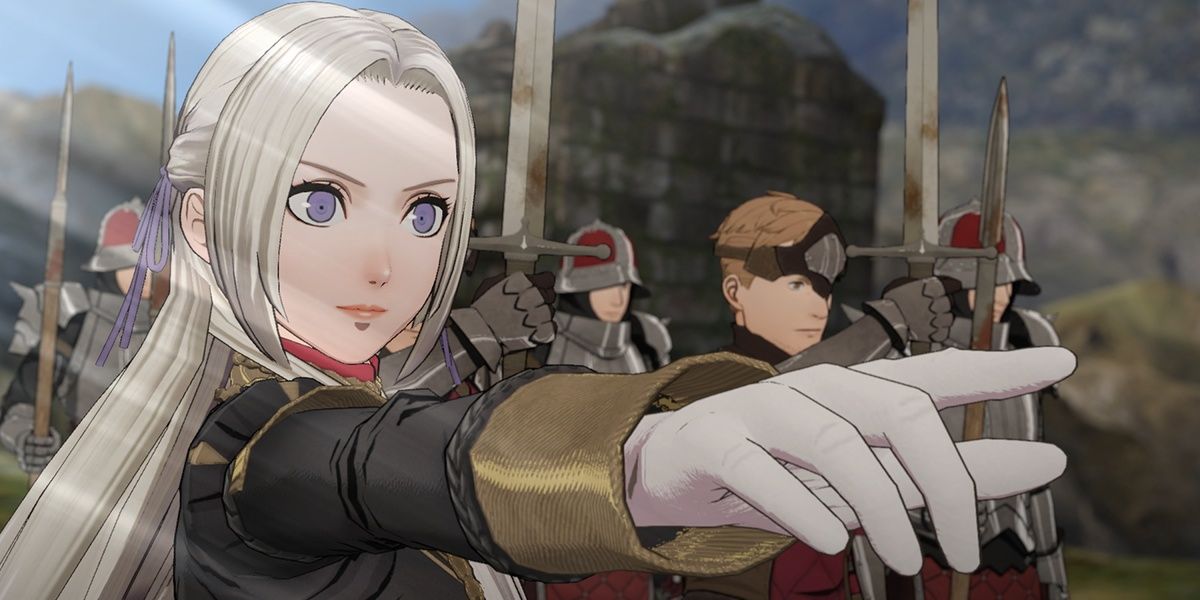 Mercedes is an excellent healer unit, if not the best, as she has good resistance and defensive power. Moreover, her Live To Serve Ability allows her to heal herself as much as she heals someone else.

Mercedes also holds potential as a Black Magic-user, so she’ll be a great option to add to your team. She can be recruited if Byleth has MAG 15 or higher, along with a C Rank Bow Skill, or if you get a B Support with her. 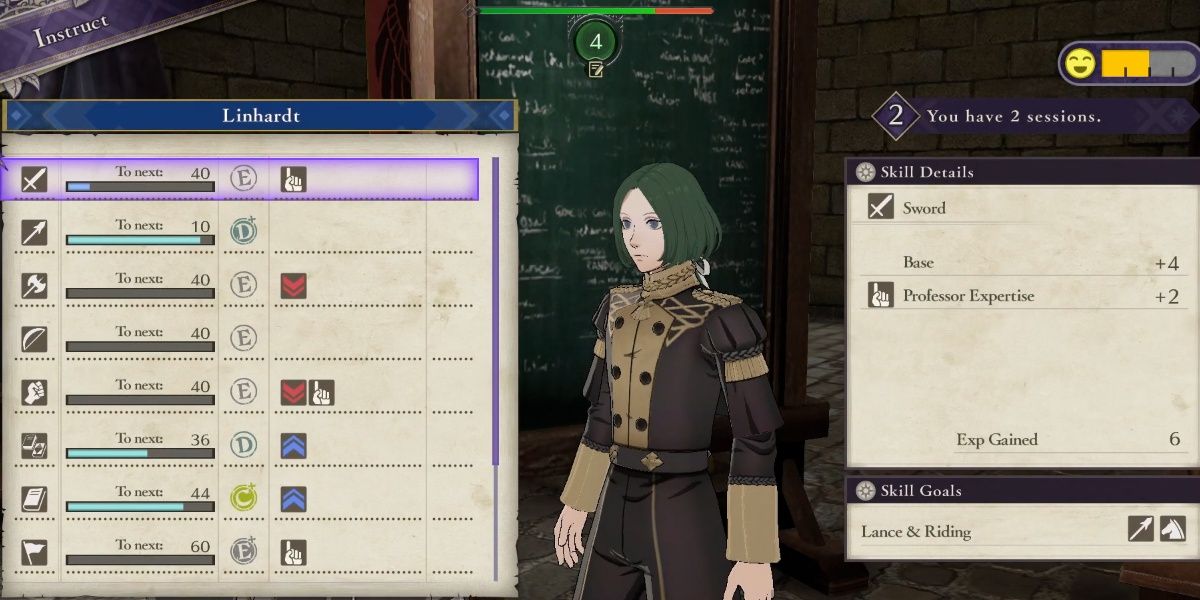 Linhardt has a Paralogue with Leonie. He is another good choice for a backup healer unit, with his Catnap ability’s bonus that grants him 10% hp recovery if he takes no action waits.

Linhardt is a good candidate for Dark Mage or Dark Bishop Class. You can recruit him if Byleth has MAG 15 or higher, along with a C Rank Reason Skill, or by having a B Support with him. 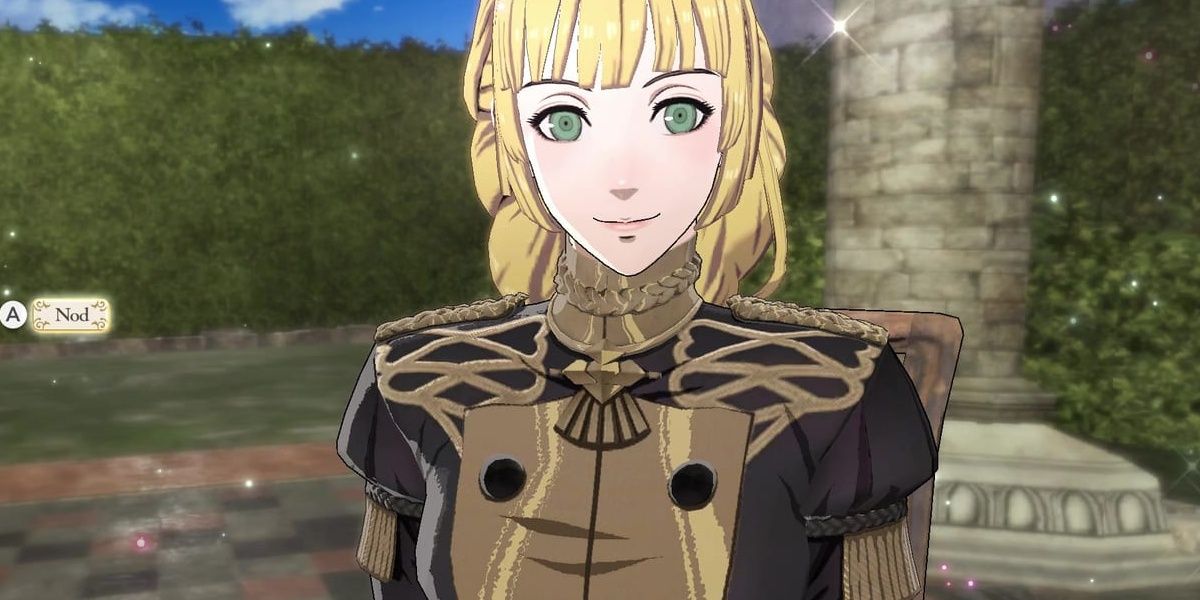 Ingrid is a talented character with swords, lances, and riding, so she is a flying unit and a melee unit, perfect for a Pegasus Knight Class. She has good Supports with Claude.

Her Lady Knight Ability grants her a +3 increase in unit mt and +5 hit rate when using gambits in a fight. You can recruit her if Byleth has DEX 15 or higher, along with a D Rank Flying Skill. You could also get a B Support with her, and she’ll ask to join your House. 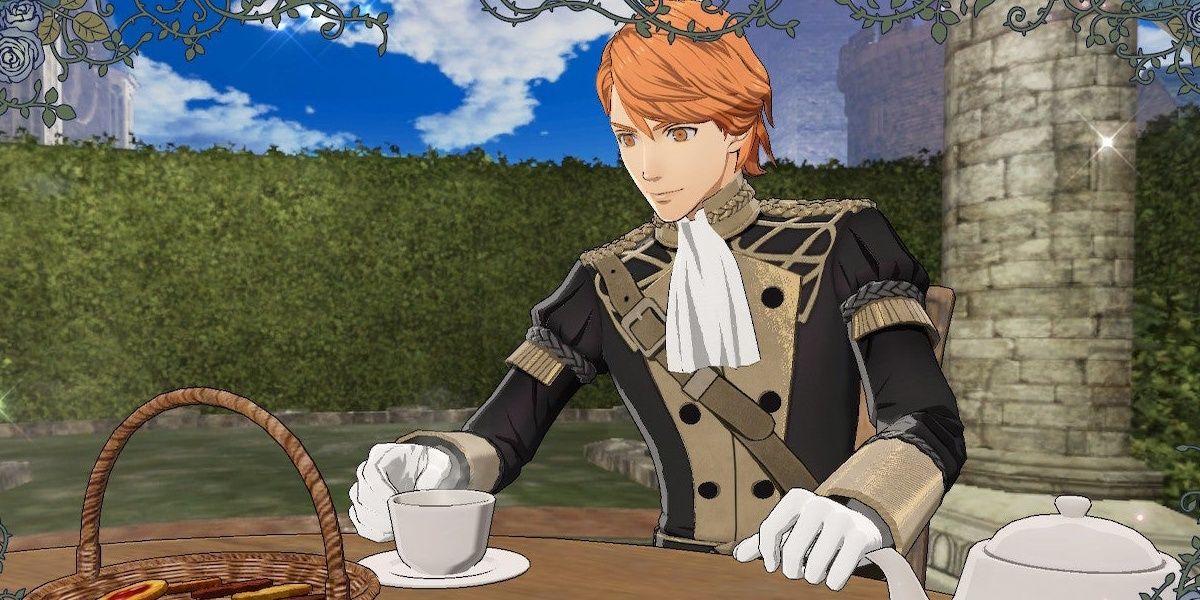 Ferdinand has a Paralogue with Lysithea from the Golden Deer House. With Paralogues, you can obtain many things, like Battalions or Relics Weapons.

Being a melee unit, this character is good for any Physical Class. His Confidence Skill grants him +15 in Hit and Evasion when his HP is at 100%.

He can be recruited if Byleth has DEX 15 or higher, along with a C Rank Heavy Armor Skill, or by reaching a B Support with him (which is only possible after the time skip).

NEXT: Fire Emblem Three Houses: The Best Characters To Recruit To Black Eagles (And How To Get Them)