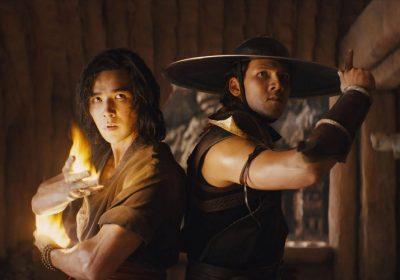 We are four months away from the release of Mortal Kombat, the new movie that reboots the film franchise for the first time. A trailer still seems to be some weeks away, but thanks to Entertainment Weekly, we now have a series of still images to give us an idea of what to expect in the movie.

Easily identifiable are Sub-Zero, Jax, Liu Kang, Kung Lao, Sonya, Kano, and what is probably Scorpion in his human form prior to his death at the hands of the Lin Kuei. And then there’s another character that you might mistake for Johnny Cage, but he’s actually a brand new character who’ll serve as the protagonist for Mortal Kombat.

His name is Cole Young, played by British actor and martial artist Lewis Tan (who you might remember from Wu Assassins and Into the Badlands on Netflix).

“He’s kind of a washed-up MMA fighter who used to be a champion, who used to believe in himself, who used to have a lot of hope in his career,” Tan told Entertainment Weekly in an interview. “And it’s all gone down the drain. It’s a very interesting place for a hero to start, and I think that, along the journey of Mortal Kombat and Cole discovering where he comes from, you’re introduced to all these other iconic characters and elements that everybody loves so dearly.”

Young’s style is rooted in MMA, with judo, jujitsu, and Muay Thai all making an appearance. And through Young, we find out that the story of Mortal Kombat revolves around these great fighters that are all born with a birthmark that destined them to fight for Earthrealm in a great tournament.

Without getting too far into spoiler territory (which the EW article definitely does), Young will be the avenue by which all the other Mortal Kombat characters are introduced, although the villain will get a full 10 minutes at the start of the movie while also showing the origins of Scorpion and Sub-Zero.

And before you ask, director Simon McQuoid confirmed: “There is gore, blood, and fatalities.”

Mortal Kombat arrives in theatres and on HBO Max on April 16.