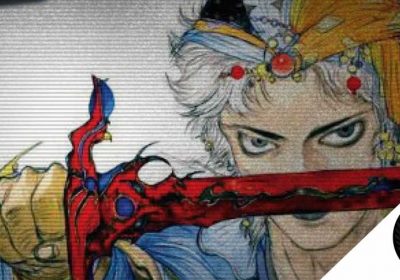 When Final Fantasy 2 tosses its first battle at you, your party members fail to strike their foes. The evil horsemen of the Palamecian Empire then take their turns, and protagonists Firion, Maria, Guy, and Leon all drop in one hit.

This is the first of many ways that Square tells you in no uncertain terms that you’re not playing the first Final Fantasy again — you’re playing a starkly different sequel. You’re not the fabled four Warriors of Light, whose very existence is willed through cosmic purpose. You’re some freshly-orphaned kids, and you are nothing.

Final Fantasy 2 is best known for how different its gameplay is from the original’s. And the third game’s. And every single entry after that. Characters do not gain experience points or boost their overall levels at set intervals. Instead, stat growth is affected entirely by what you elect to have them do during active combat. If Firion keeps casting spells, he’ll get better at casting spells. If Maria keeps slamming axes into faces, she’ll get better at slamming axes into faces. If Guy keeps getting beaten up, he’ll get better at being beaten up, which is to say he can get beaten up for longer without being knocked down. So on and so forth. 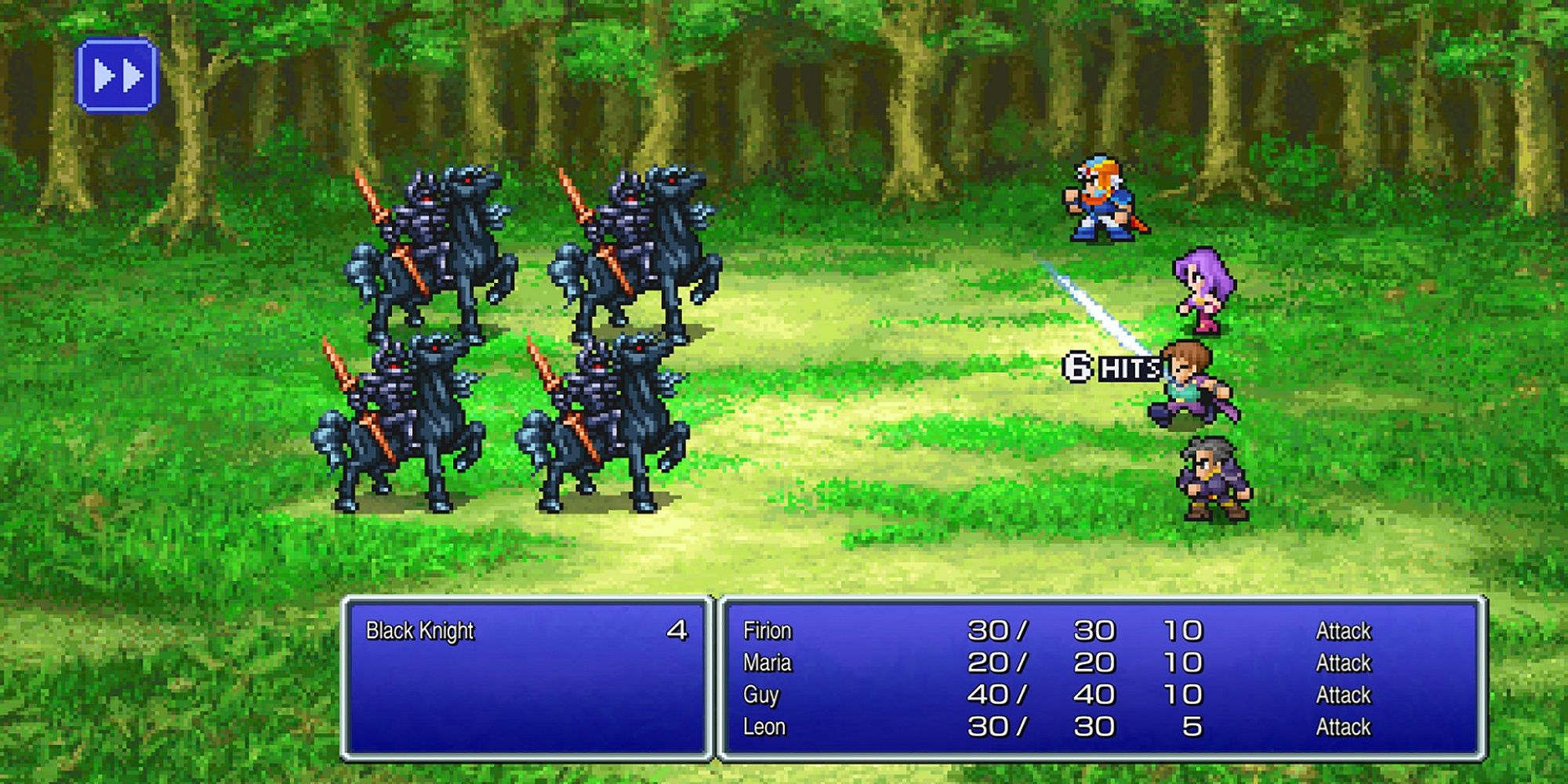 This approach is what makes FF2 so off-putting to so many people, especially as it didn’t continue through the mainline Final Fantasy series. FF2 co-designer Akitoshi Kawazu would go on to create Square’s ever-experimental SaGa series, where strange mechanics are the norm, but clearly the orderly level-up process proved more popular for the flagship franchise. Remember that first battle? Where your whole party drops and there’s nothing you can do about it? That’s Final Fantasy 2 in a nutshell for some.

Kill early-game fiends too quickly, and you might only grow in physical strength. Pretty soon, those fiends will hit back harder, and your defenses will crumble like leaves. Your HP will rise for all the bludgeoning you’re receiving, but maybe not enough to offset the damage totals. Oh, and the game never tells you how to counter this, or what is even happening in the first place. You’re just supposed to look at the menu, notice that nobody’s gaining levels, and realize what it means when your stats go up. It’s confusing. It’s overly esoteric. Hey, maybe it’s even bad.

In spite of this, I love Final Fantasy 2. I love that its story is so much more complex than its predecessor’s. I love that it’s the first game to give us chocobos, and Cid, and moogles… except not moogles, because during development, they ended up becoming bipedal sentient beavers. They were originally going to be moogles, even if their production name at the time was cryons. True story. Look, I just love how much Final Fantasy we get in Final Fantasy 2. 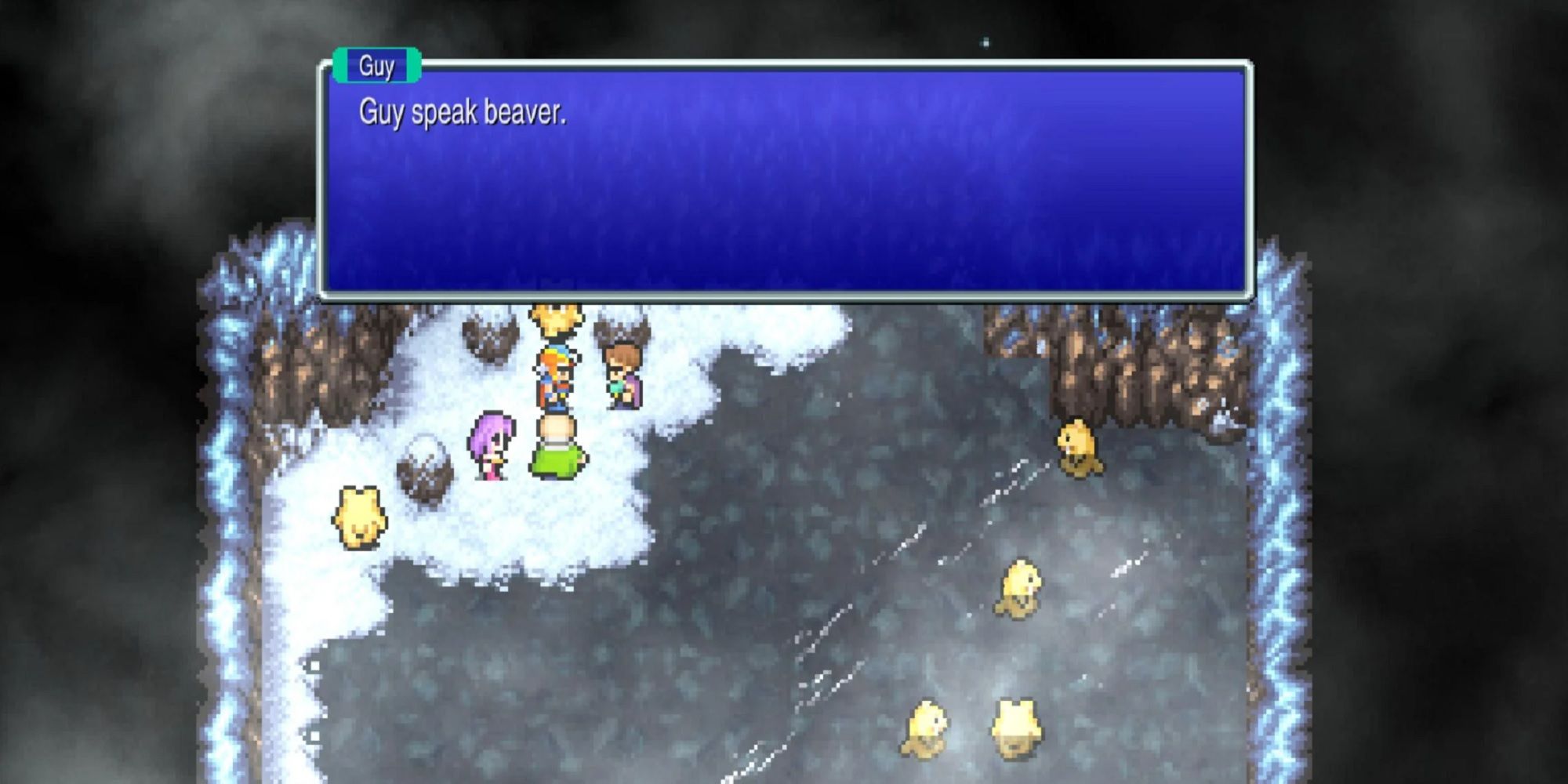 There’s the series’ first White Mage, Minwu. It’s cool how the first named member of this healing-centric class is a guy. There aren’t enough healer dudes. We care enough to fix your booboos as well, okay? There’s the first Dragoon, Ricard. His surname is Highwind. If you don’t recognize the importance of that, I’m surprised you’re even reading this article. Princess Hilda is the fierce leader of the Wild Rose Rebellion — hey, that’s kind of progressive, right?

Final Fantasy 2 isn’t weird for its bizarre combat system, so much as its surprisingly progressive little beats, damn it, but we’re all too fixated on how silly it is that if you have your party members beat themselves up, you can turn them into unstoppable powerhouses. And to be clear, I agree, that’s silly. But it’s also funny.

It’s the same sort of silly-funny that some of the best Final Fantasy games bask in the limelight over. Like how Locke steals people’s entire outfits in one fell swoop, and the game calls their nearly-naked new sprites ‘Birthday Suits’; or how Quina Quen’s Blue Magic gets stronger because you’ve subjected yourself to a frog-catching minigame for hours on end. And it’s not like this is the only game where breaking apart its ramshackle characterization mechanics is part of the fun. Final Fantasy 8 fandom, I see you, and I demand an explanation for why so few of you have played FF2.

So, you push yourself past that first battle, where none of your characters can hit the horsemen, and they all drop just seconds later. Soon, Leon is gone to who-knows-where and the adventure begins in earnest. What do you get in the short-term? An infuriating repeat of the inability to hit, that will quickly dwindle as your accuracy improves. Just give yourself half an hour to keep a single foe alive in a simple little skirmish while Firion, Maria, and Guy smack each other with spells and bap each other with blades. And don’t forget to laugh. It’s okay to laugh. Look at Guy. He’s probably laughing, too. 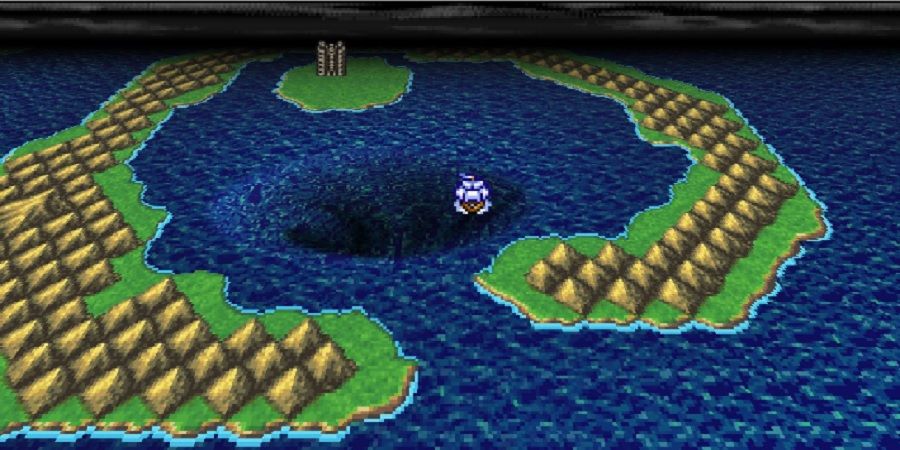 In the longer-term, you get a surprisingly dramatic tale of justified revenge sprinkled with memorable guest party members whose departure tends to herald another in a long line of dramatic plot points. The heroes seldom speak, but everybody else can be a chatterbox, and the script isn’t half-bad for its time. You’ll have to memorize various terms to recite in front of the proper NPCs via an in-game keyword system, which is neither here nor there, I suppose. But it’s cool.

There’s a terrific soundtrack from Nobuo Uematsu to keep you pumped, lovelier than ever in the recent Pixel Remaster. Hopeful melodies are interspersed with somber themes that help sell the dire state of FF2’s world. There are losses; character deaths are not uncommon, and whole towns are wiped away before the end. Kefka didn’t do it first — he just did it more.

So, yeah. People should feel free to keep Final Fantasy 2 near the bottom of their personal series ranking lists. Let it linger there, the kind of game that would be forgotten if it didn’t bear the Final Fantasy name; a game that refuses to ever break out into an appreciably-sized fandom no matter how often it’s re-released. Meanwhile, I’ll be over here raising a glass to my favorite NES cartridge, forcing poor Guy to slash himself to ribbons with his own sword until he’s the most powerful man on the planet.